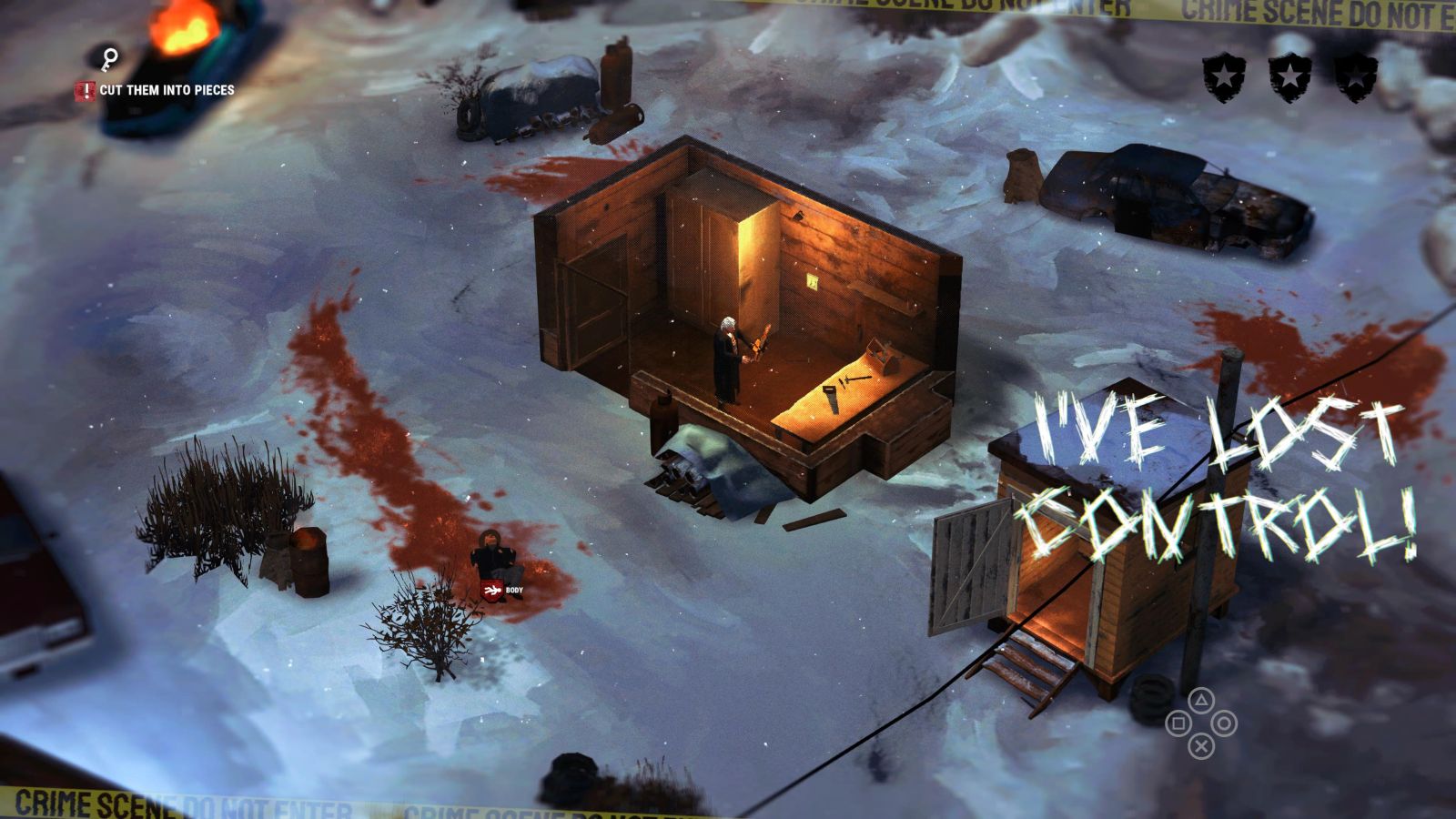 Serial Cleaners is the sequel to the 2017 indie hit, Serial Cleaner, and like the previous release, it is an open ended, stealth-based action title in which players take control of Bob and his evidence cleanup crew to help them wipe away crime scenes before the police stumble upon any damning evidence – especially dead bodies. Set in 1999 New York, chaos and murder abound and business is booming. To succeed, players must master each cleaner’s skill set and play style otherwise you risk detection and the ire of your mobster bosses.

The story takes place across one evening as the four cleaners’ reminiscence about their past, including how they got into the business and their riskiest clean ups. Broken into five chapters, the story progresses with each cleaner getting their own missions each act, while sometimes accompanied by other cleaners. The stories slowly interconnect, and the player begins to get a feel for this weird, almost family-like relationship these cleaners have together after being thrust into so many sticky situations with nobody to rely on but each other. Occasionally we receive a brief glimpse of the cleaner’s home lives, all which spell out the unfortunate circumstances that led the cleaners to their current, rather unstable, mental conditions. 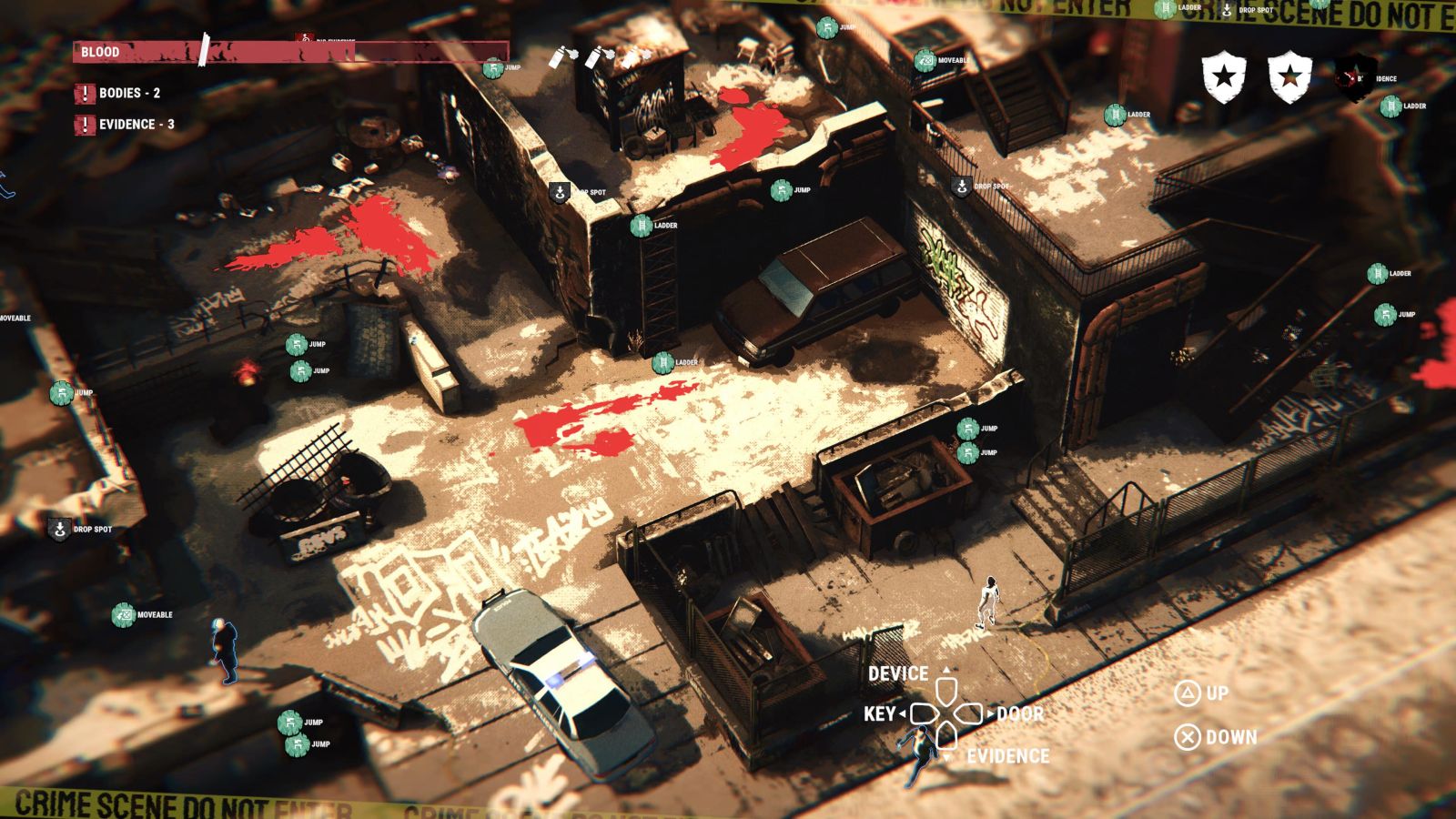 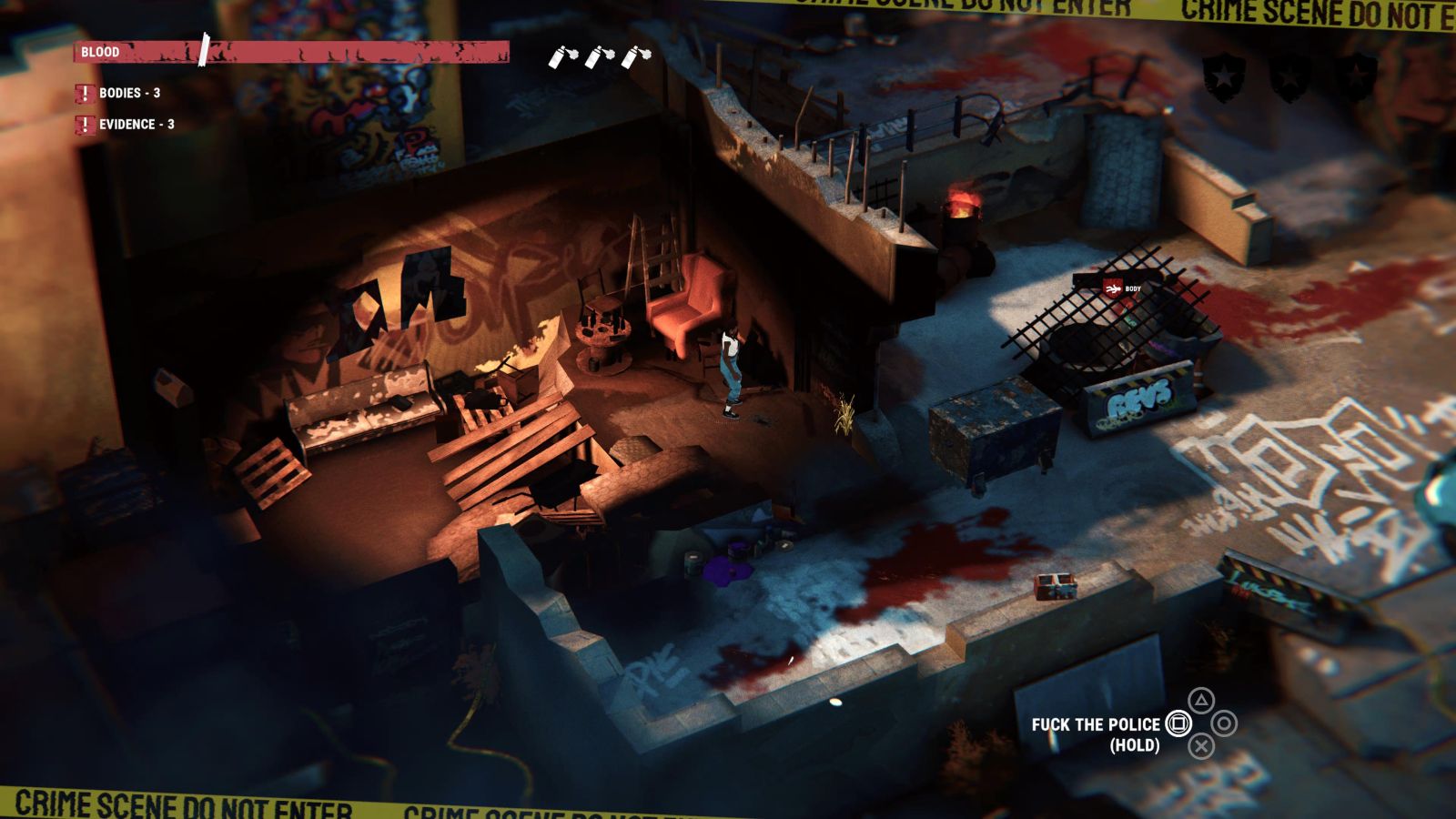 While most of the cleaners have specific skills which come into play, their levels all play out similarly. The main goal of each level is to get into a crime scene, clean up, and get out undetected. To do so you must collect all the evidence and either store it or destroy it, clean up the blood, and dispose of the bodies. All cleaners come equipped with a vacuum cleaner, but from there the way they can solve the situations they are put in varies. Some cleaners can carry a body, while others can only drag – which leaves a blood trail. For those who can only drag there is an option to wrap the body, though it takes some time and risks being caught. Still yet, one cleaner, aptly named Psycho, can take a chainsaw to the body, creating smaller pieces which must be disposed of but can also be used as weapons if the need arises. To dispose of evidence and bodies you must either bring them to your escape vehicle or throw them in a variety of different destructive machines scattered throughout many levels.

Further dividing the cleaners are their skill sets and methods of getting around the environment. Lati can parkour over most objects, allowing her to easily reach otherwise inaccessible areas, while Viper can crawl through air vents and hack into machines, creating chaos in other areas as a distraction. Additionally, all cleaners have a cleaner’s sense, which allows you to get a feel for the overall level layout and reveals details as to where evidence, keys, and other items of interest in the area. When using a cleaner’s sense, time slows down allowing you time to plan your next move without much fear of being caught. While helpful, the cleaner sense has incredibly small text, often rendering me unable to tell what most items were aside from some color coding used. A minor gripe sure, but without the ability to zoom in it may cause a few issues for some players.

Being caught isn’t the end of the world, as there are a few options for escape. You can run and hide, or you can ram into the guard to knock them off their feet. You can throw large pieces of evidence or limbs to knock guards out and sometimes you may be able to lock them into items in the environment to remove the threat. One of the most fun, but also slightly morbid, ways of escaping is sliding on a trail of blood and ramming full force into a guard. That said, while you may get away once or twice, eventually the guards will wise up and become aggressive. Once their weapons are drawn one shot means death. 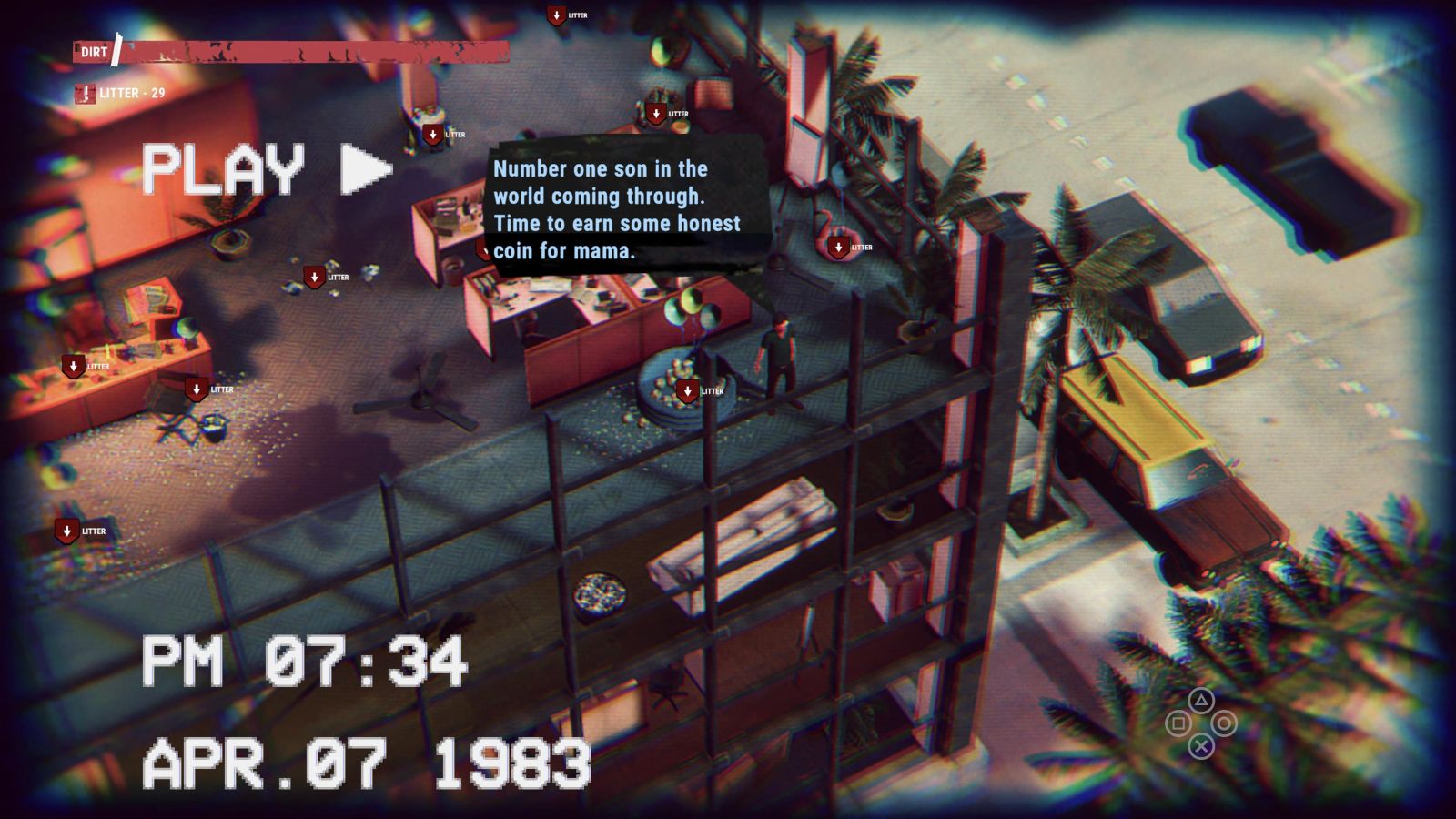 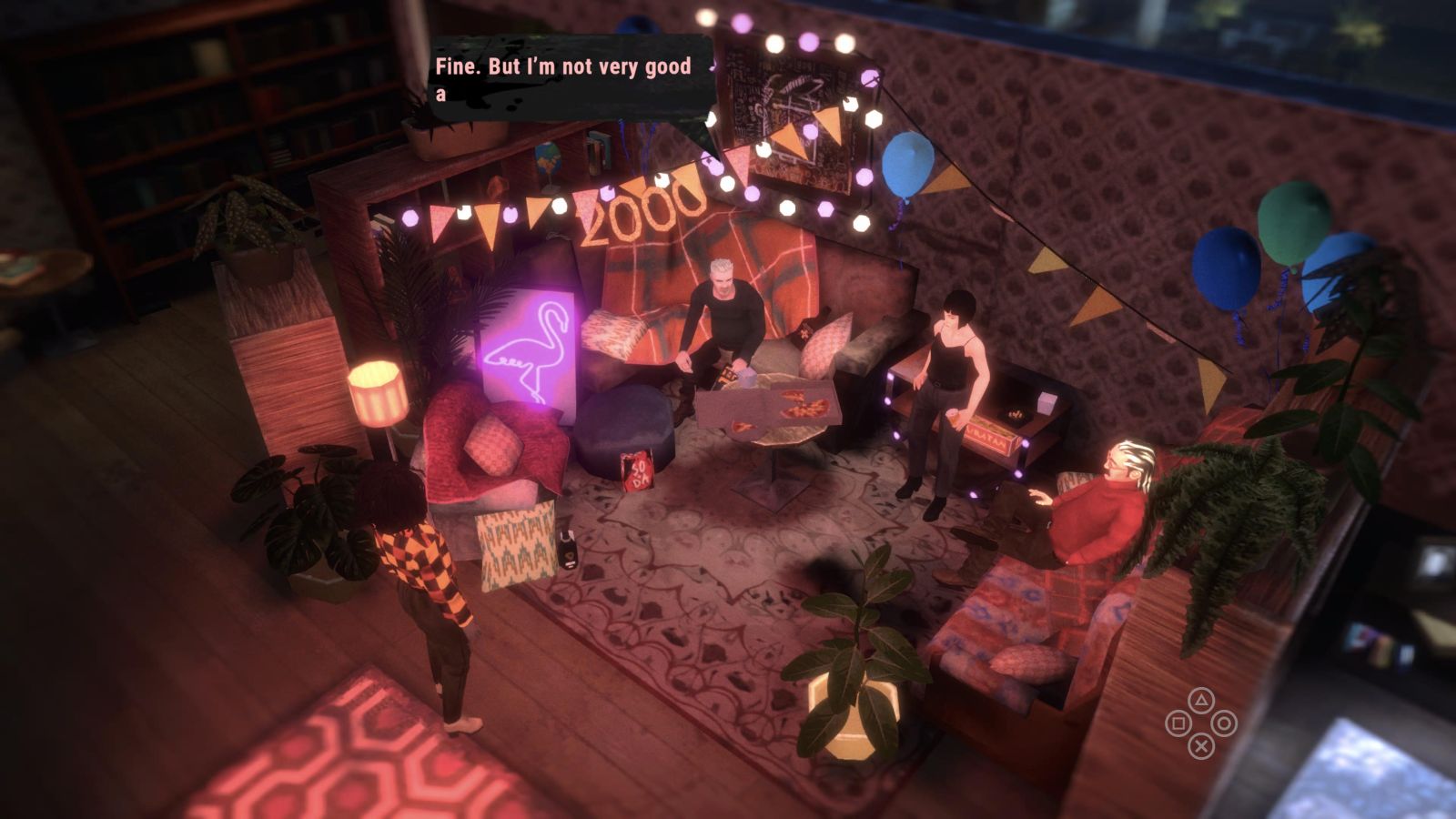 This routine of sneak in, clean, and escape never becomes tedious due to increasingly challenging scenarios, levels which introduce extra requirements to succeed – usually story related which unveil a piece of the larger puzzle – or by allowing players to switch between multiple cleaners in an area. Many areas also feature a public and private section, further complicating issues as anytime you are in the public section with evidence or a body, the passersby will notice and run to inform the police. Still, I had a lot of fun chasing down and tripping passersby so I could rush to my car before they had a chance to tattle on me.

Serial Cleaners is quite simple graphic wise, but compared to the original it is a huge upgrade. That said, the game is highly stylized and the graphics work well for the aesthetic the developers were attempting to convey. There are lots of small details hidden throughout the levels that are quite fun to spot, along with a nod to one of my favorite indie films Clerks, with a convenience store and video rental store featuring a hand made sheet on their outside stating, “I assure you we’re open.”

Serial Cleaners is never that hard, although later levels will test the skills you’ve learned from the first couple of acts. Guards, while not incredibly smart, are savvy enough to notice when a piece of evidence or a body is moved and will investigate. Once the game introduces large groups of patrolling guards and snipers, you will find yourself repeating areas a few times to figure out the quickest route to your goal and the best way to knock out the threats that you just can’t sneak past. It’s all quite fun, and it’s interesting to play as a character that – while not necessarily free from sin – is merely doing what they consider a job and cleaning up after other people have committed atrocious acts of violence. 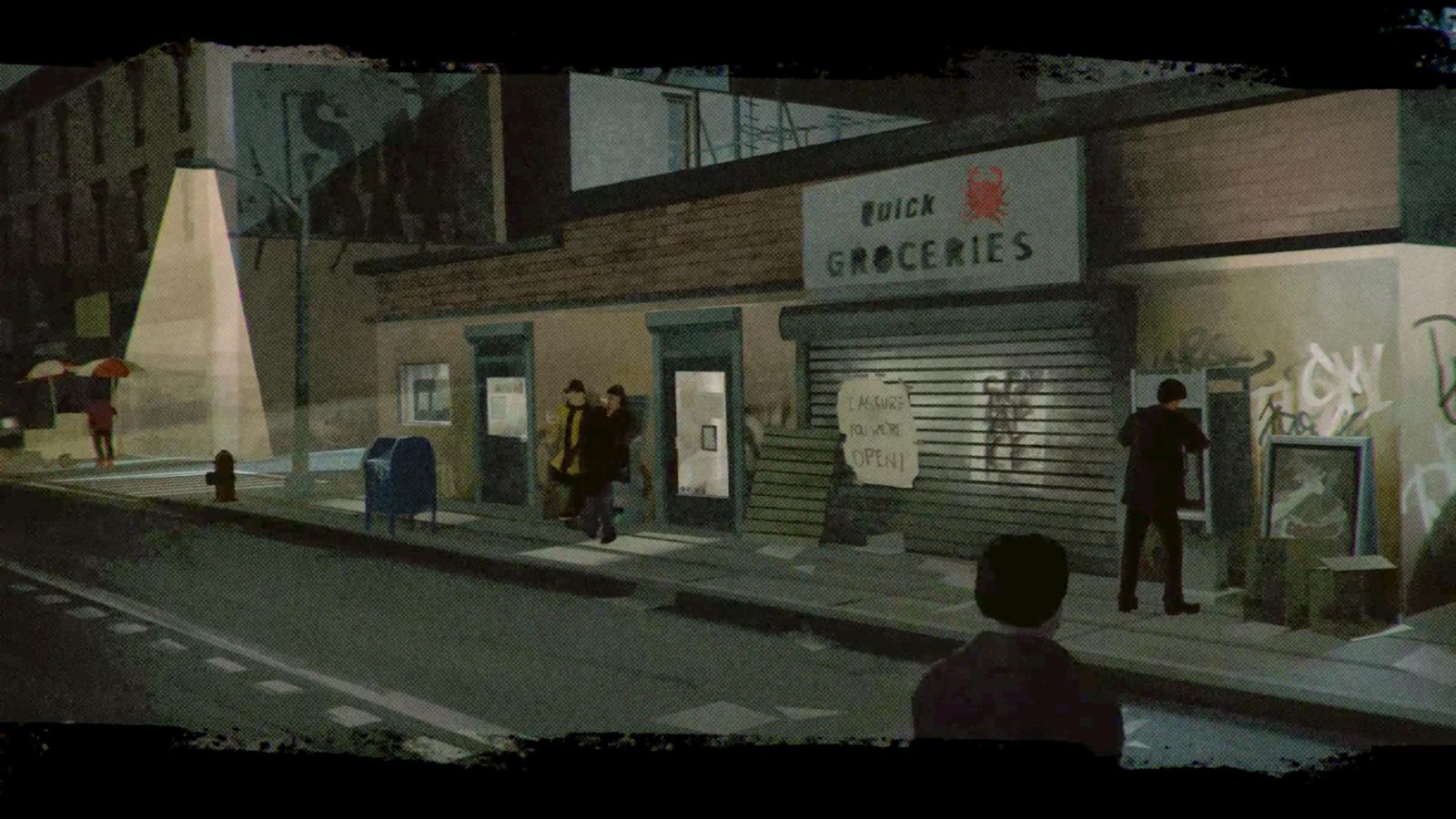 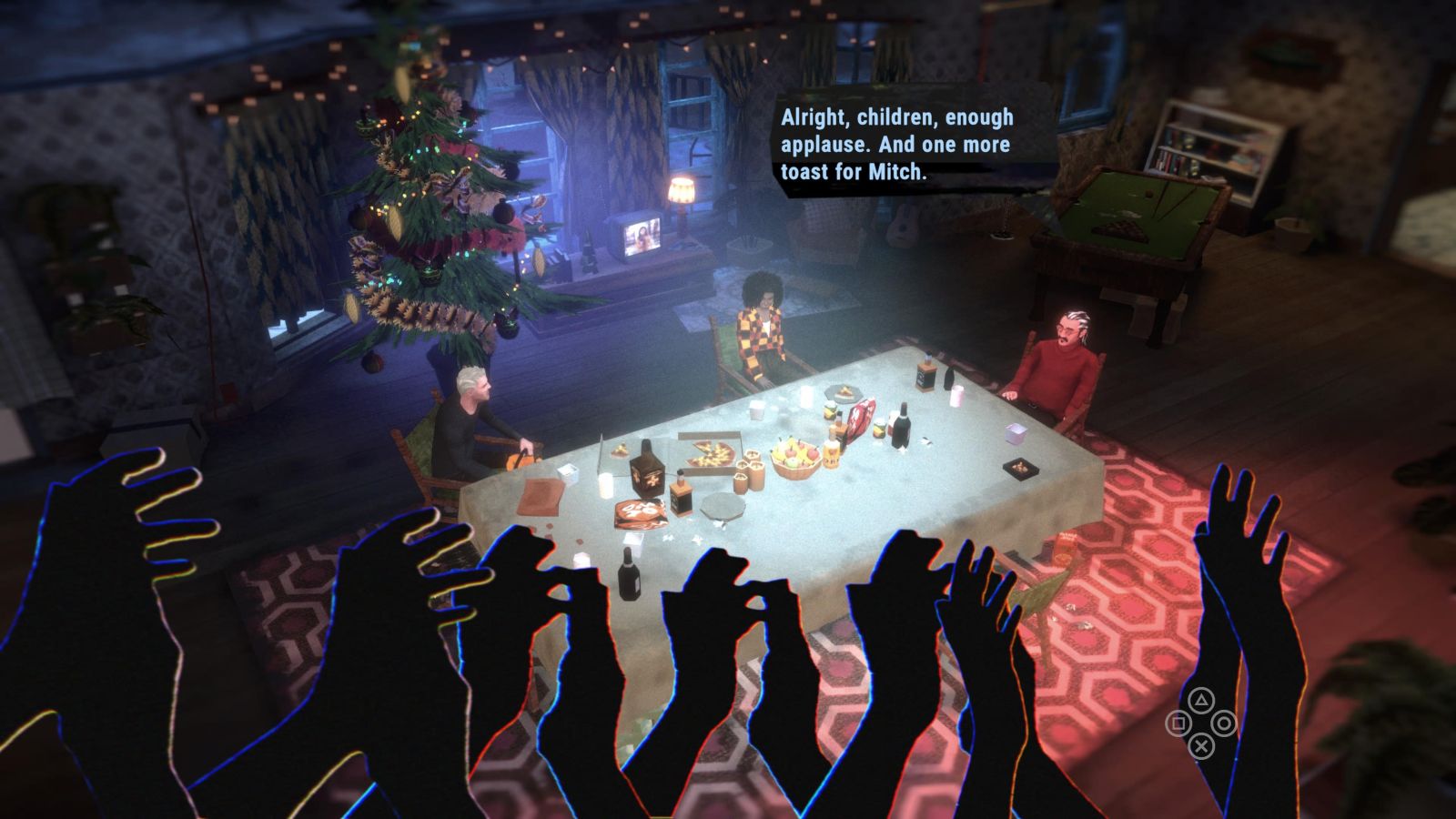 The game features full voice acting, which is quite serviceable, but often sounds muffled. I’m not sure exactly how to describe the sound, but it just isn’t as clear as you’d expect. Still, you can understand what is being said, so it is only really a distraction at first before you become accustomed to it.

Overall, I had a bloody great time with Serial Cleaners.  I enjoyed learning about each character’s sordid past, while trying to decipher the best way to clean up increasingly messy crime scenes. It is a unique experience for sure, and one well worth checking out.

Serial Cleaners is a unique entry into the stealth genre, featuring fun gameplay mechanics, a quirky cast of characters, and increasingly complex missions. Sneaking past guards, disposing of evidence, tackling innocent bystanders, and coming up with increasingly chaotic ways of dealing with tough situations never became dull, rather I was constantly excited for what came next. While there were a few sound issues and the on-screen text can be a bit small, I still found myself greatly enjoying my time as a cleaner for a mob boss.

Richard Allen is a freelance writer and contributing editor for various publications. When not writing for Gaming Trend you can find him covering theatre for Broadway World, movies and TV for Fandomize, or working on original stories. An avid retro gamer, he is overly obsessed with Dragon's Lair. Chat with him via @thricetheartist on Twitter and @richardallenwrites on Facebook and Instagram.
Related Articles: Serial Cleaners
Share
Tweet
Share
Submit