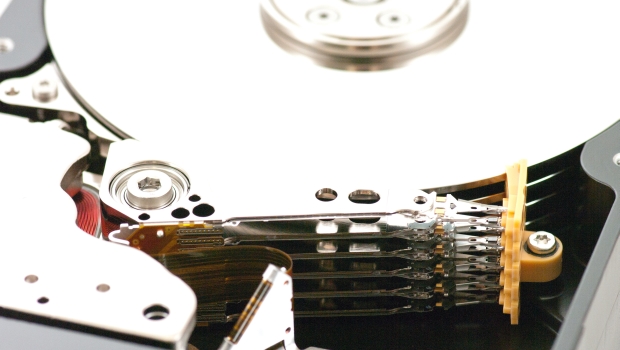 There’s a good chance, as you read this, that you are either contemplating or have already installed Windows 10. The financial barrier to entry has all but been erased as users of Windows 7 or 8 can upgrade to Microsoft’s newest operating system for absolutely nothing. Having worked in the high tech sector for over two decades, I’ve used drives from every manufacturer. I have lived through the ups and downs of a variety of manufacturer’s, I’ve suffered the IBM’s Deskstar (they died enough to earn their nickname, “Deathstar”), Western Digital’s Green Drive debacle, and Seagate’s rough road with their moves into the 3TB space. It’s been a rough road for hard drive manufacturers, but Seagate has promised consumers that they’ve ironed out the kinks in that higher-capacity space, and 2014’s numbers seem to bear that out. With Windows 10 at my doorstep, I snapped up a Seagate 4TB SSHD because I wanted to pair an SSD for my new operating system with a high-capacity storage with a bit of speed. If you haven’t yet stepped into the world of the SSHD, or have absolutely no idea what I’m talking about right now, then settle in for a bit of a primer.

Before we dig into the review, let’s just do a quick data dump for those who just want the facts in one tidy little list:

If none of that makes any sense to you, you aren’t alone. While Solid State Hybrid Drives (SSHD) aren’t new, their technology has suffered serious growing pains in their path to maturity. As they’ve finally reached a stable state, it’s a great time to look into what makes them a (potentially) great interim state between our old mechanical drives and the high-speed but expensive and smaller solid state drives. The first question has to be, “What makes a hard drive a Solid State Hybrid?”

The SSHD, or “Hybrid Drive” as it’s more commonly called, look identical to any other 3.5″ form factor desktop hard drive. They are still mechanical, but they have a little something hidden under the hood — 8GB of MLC NAND. Firing up the hard drive doesn’t reveal a tiny little 8GB drive hiding in the wings, though, so what good is it? The answer to that question is complex.

Having 8GB of high-speed memory essentially ’embedded’ in the read/write path of the mechanical drive allows the hard drive to cache frequently accessed files. The typical hard drive has cache as well, typically somewhere around 16MB, of volatile memory. That is to say, the files in this very small cache are erased when the drive is powered down. In contrast, a hybrid drive like the Seagate 4TB drive, uses non-volatile memory. This allows the files to persist even after the system is rebooted, or if the drive is spun down from inactivity. There are obvious and immediate benefits for, as an example, a laptop coming out of suspend, but in a desktop the application becomes harder to grasp.

The most frequently used operating system files are indeed captured in this 8GB NAND memory, but as larger files are pressed into service, that 8GB of space is overwritten with the new files. If you are navigating around and doing typically office-use type work, the SSHD will be perfect for your use as you likely won’t load large objects into memory. On the other hand, gaming is where things get sticky.

My kingdom for a larger NAND

It doesn’t take much to see where the 8GB of cache starts to become small potatoes. Firing up a game as large as Batman: Arkham Knight soaks up far more than 8GB of assets. Games like Skyrim on the other hand re-use a lot of assets in the overworld, so the 8GB of cache is not so rapidly emptied. Lighter weight games like Axiom Verge and other smaller games might not move the needle on the cache, but they also don’t have GTA V-like loading times. Doubling the size of that 8GB cache would go a long way on the gaming side, but it isn’t all woe and darkness.

Once the cache is overwritten by whatever you’ve loaded, the drive uses this cache to feed the mechanical hard drive. It’s not nearly as fast as an SSD, but it’s also not nearly as expensive. At the time of this writing, this 4TB drive would run you roughly $151 USD, whereas an SSD at the same storage capacity would cost you $6,000 — an unfair comparison at best. A lot of folks thought they’d simply load their favorite or most recent games on a separate 128GB SSD, but when games like Star Citizen are expected to soak up over 100GB of space, you can see how fast that path becomes a dead end. Put simply, for the time being you will be using a mechanical hard drive for storage and retrieval. With that in mind, it was time to do a bit of benchmarking:

For my testing I selected a boot time on Windows 10 on my 256GB Intel SSD, boot time on the Seagate 4TB SSHD, Batman: Arkham Knight, Battlefield 4, The Witcher III: Wild Hunt, and Grand Theft Auto V, and Dragon Age: Inquisition. Since the hard drive (other than its rotational speed, which is 5900rpm by the by – more on that in a moment) has no bearing on things like framerate, I only plan to chart the initial load times for these applications. While a speedy hard drive does have an effect on things like texture loading mid-game, that can’t be as easily charted, leaving only anecdotal observations. For this review, we’ll stick to the facts. Behold the graphs!

So what you can’t see on this graph is what happens in a less ‘sterile’ benchmark. Realistically, you probably don’t reboot your system multiple times and only launch a single game over and over (Unless you play League of Legends or World of Warcraft – then you might). With only 8GB of NAND, it doesn’t take much to overrun it. Loading Battlefield 4 and then loading Dragon Age: Inquisition wipes out any advantage caching might have. That said, launching The Witcher III: Wild Hunt, and then launching it again the next day absolutely does, as long as you didn’t do a lot of work or gaming in between. For a visual explanation, imagine a bucket of water. You can transfer that water to another bucket, but when you decide to start splitting that water into multiple buckets with water already in them, it’s a little hard to get that original draft back. Drink the water all at once, or don’t mix your buckets and things will go much more smoothly.

As I mentioned before, it’s not all doom and gloom — the good news is that the hard drive is, even with the cache exhausted, pretty speedy by comparison to its contemporaries. It contains a 64mb DRAM cache, like most modern drives of this size, and runs off a SATA III interface, giving it a theoretical throughput of 6Gbps. If you’ve read our other reviews of hard drives, you know that I don’t put a lot of stock in synthetic benchmarks, but I tend to include them just the same for comparison’s sake. As I mentioned, this drive runs at 5900rpm (not a typo), so it’d be interesting to see how it compares to its 7200rpm brethren.

Or it would be if there was a difference.

I imagined that the drive would have been faster at the more standard speed of 7200rpm, but in fact the graph I was building comparing this drive to several others was essentially indistinguishable in performance during long-write ‘normal use’. At a cost of $0.04 per gig, it’s hard to go wrong here.

While I didn’t bust out any sort of decibel recording device, I can give you this one observation — this drive is very quiet. My system uses large (and nearly silent) 220mm fans spinning very slowly to draw the temperature away from my components. I have the ability thanks to some great motherboard utilities to spin those down completely. Even with nothing but my videocard’s fan humming away I still couldn’t hear the Seagate 4TB drive at all. Since I’m 3/4 deaf, I also had my wife (who can hear just fine) listen as well and she was unable to hear it either. This could be a consequence of the slower rotational speed, but having listened to hard drives grind and tick away in the past, it’s nice to have another component that can do it’s job without groaning and complaining.

The Seagate 4TB SSHD is an incredible price to capacity value proposition. While the 8GB of NAND is certainly undersized for modern gaming, the drive performs very well even when that memory is exhausted.

Ron Burke is the Editor in Chief for Gaming Trend. Currently living in Fort Worth, Texas, Ron is an old-school gamer who enjoys CRPGs, action/adventure, platformers, music games, and has recently gotten into tabletop gaming. Ron is also a fourth degree black belt, with a Master's rank in Matsumura Seito Shōrin-ryū, Moo Duk Kwan Tang Soo Do, Universal Tang Soo Do Alliance, and International Tang Soo Do Federation. He also holds ranks in several other styles in his search to be a well-rounded fighter. Ron has been married to Gaming Trend Editor, Laura Burke, for 21 years. They have three dogs - Pazuzu (Irish Terrier), Atë, and Calliope (both Australian Kelpie/Pit Bull mixes).
Related Articles: Seagate 4TB SSHD
Share
Tweet
Share
Submit