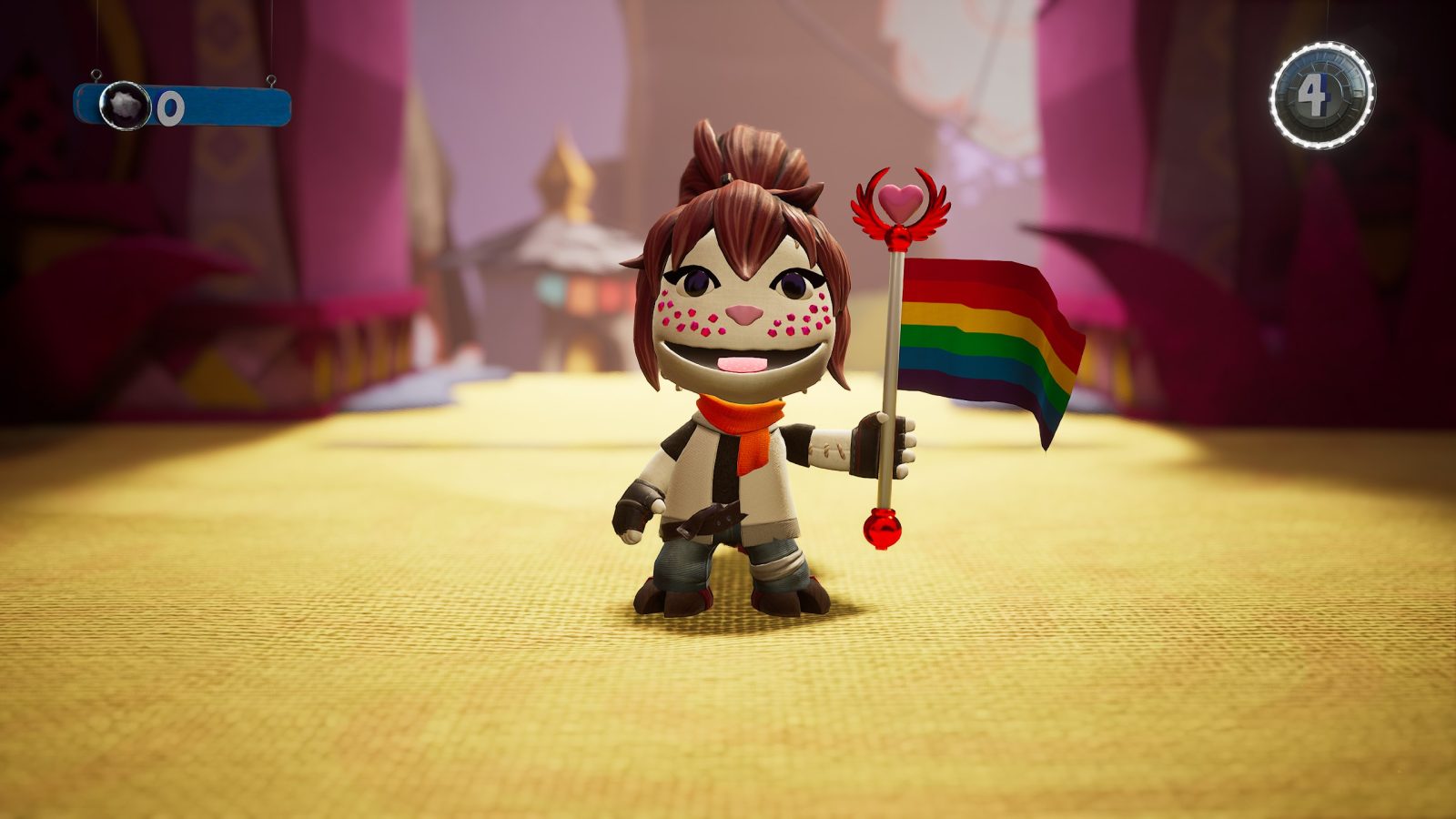 Sackboy: A Big Adventure was one of the PS5’s launch titles. A spinoff of the Little Big Planet series, this 3D platformer sees you taking on the villainous Vex as he tries to take over the Imagisphere. As Sackboy, players jump, roll, slap, and grab through several worlds of hand crafted levels designed to show off what the PS5, and particularly the DualSense, can do. Granted, it’s not as focused on that goal as Astro’s Playroom, but you gotta flex what the new hardware can do early on. The game was also released on PS4, but you’d get the full experience on PS5 with higher resolution and trigger effects. As part of a deluge of ports, Sackboy’s latest adventure comes to PC through Steam and Epic Games. Sony’s been doing great with PC ports, so does the trend continue with Sackboy?

A Big Adventure on PC retains all the features from the PS5 version, but of course with the ability to adjust all the settings to your liking. You can adjust resolution from a minimum of 720p up to your monitor’s native resolution and of course adjust the frame rate from 60 to 120 to unlimited. These minimums of 720p and 60 fps do make this a game unlikely to run on older systems, especially in levels where there are a ton of objects and effects on screen. For whatever reason, even if you choose unlimited fps, the frame rate will become locked when playing online multiplayer. Aside from those main options, you can adjust ambient occlusion quality from turning it off entirely to the highest option of Ray Tracing; choose the quality of textures and dynamic shadows; and change reflection fidelity with screen space, ray tracing, and ray tracing ultra. The game also includes DLSS and rendering quality for, as EIC Ron Burke says, free frames, with the rest of the options all being on or off toggles.

These include additional lighting effects, additional RT shadows, enhanced object detail, enhanced hair visuals, additional scene lighting, and Sackboy’s fuzz. Honestly, this isn’t the biggest suite of options out there, but this is also one of the less complex PlayStation games out there. I do wish those toggle options had a bit more leeway and the resolution options were more robust, but for what it is it works.

You may be looking at the options menu on your own copy of the game, however, and see that you’re missing one or many of the options described above. Booting the game on my Steam Deck, DLSS and all of the RT options simply disappear. Obviously the Steam Deck can’t take advantage of either of those features, but pretending they don’t exist instead of just graying them out is a big no-no on PC; it makes me wonder if I’m missing options on my desktop. 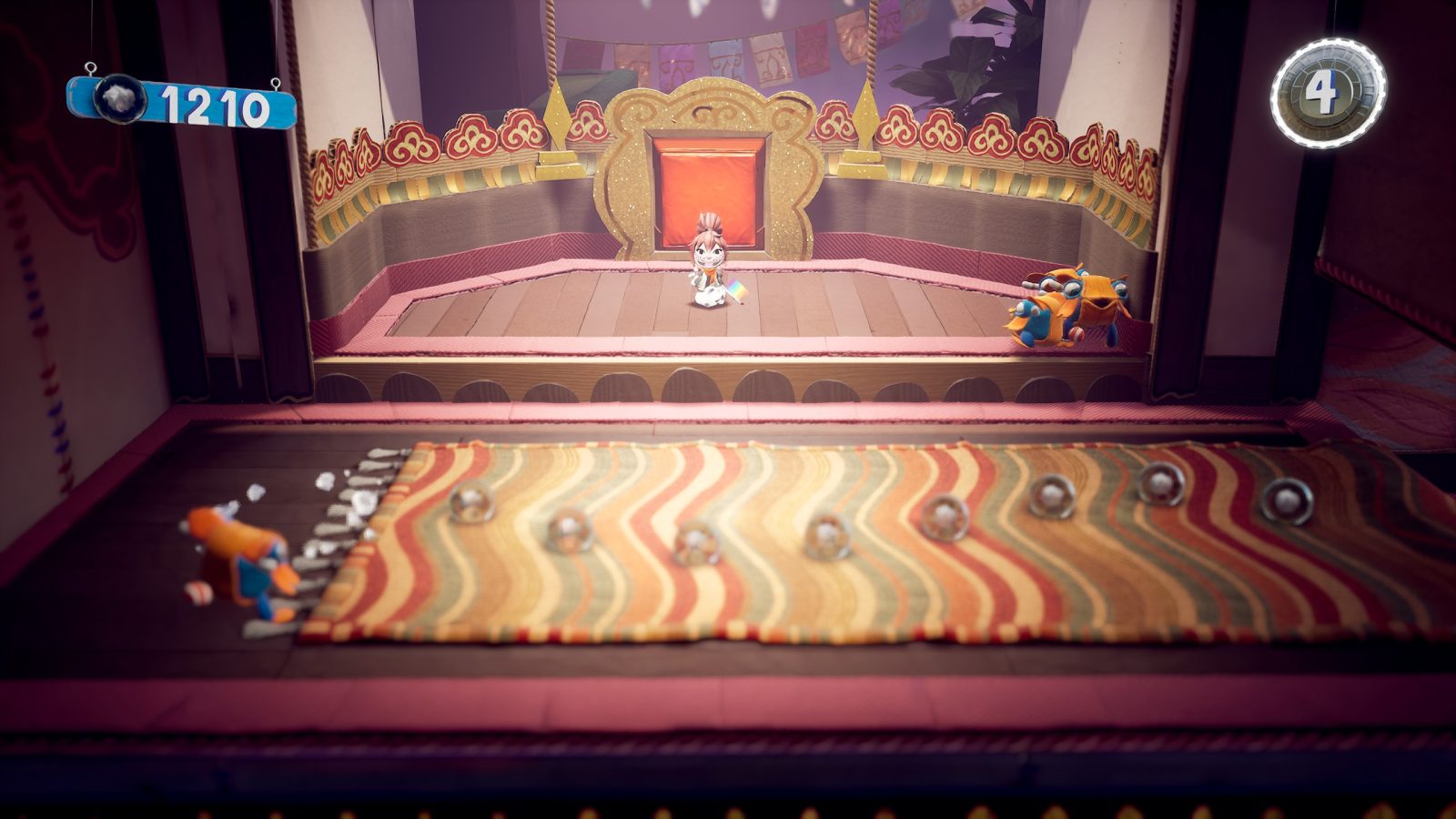 Getting into the game itself, while it is gorgeous in stills, it has a big stuttering problem. No matter what I do, every few seconds the game will stutter. It’s not loading problems, since I installed the game on an SSD and it could run on an HDD on PS4. Sometimes it’ll just be a small jump, mostly on the world map, but other times it’s much more noticeable. It’s always there no matter what, even when setting everything to the lowest possible quality. It doesn’t make the game inherently unplayable, I’ve gone through other games on PC with worse issues, but it makes me wonder how one of the biggest companies in gaming finds this an acceptable issue to release with.

Another strange grab bag of problems, no matter what platform you play on the game will force the use of the Epic Online Services overlay. This never came up in gameplay, I don’t even know how to open the thing, but I’m always wary when a game installs a new service without my permission. I played on Steam so I don’t know if the EGS version will install the Steam overlay, but it’s odd either way. Apparently it’s for crossplay, but I’ve never played another game that required this. Also, and this is a more personal pet peeve with the game, why can’t I play as Sackgirl or Sackkid? I get that the video games industry will always see boys and men as the target demographic for basically everything, but it’s disappointing to always be referred to as male after LBP not giving a hoot about gender. Finally, though the game supports the DualSense’s features, they’re a lot weaker here. I actually found them to be a bit too strong on PS5, but they’re barely noticeable on PC. Again, an option to adjust their strength would have been nice. 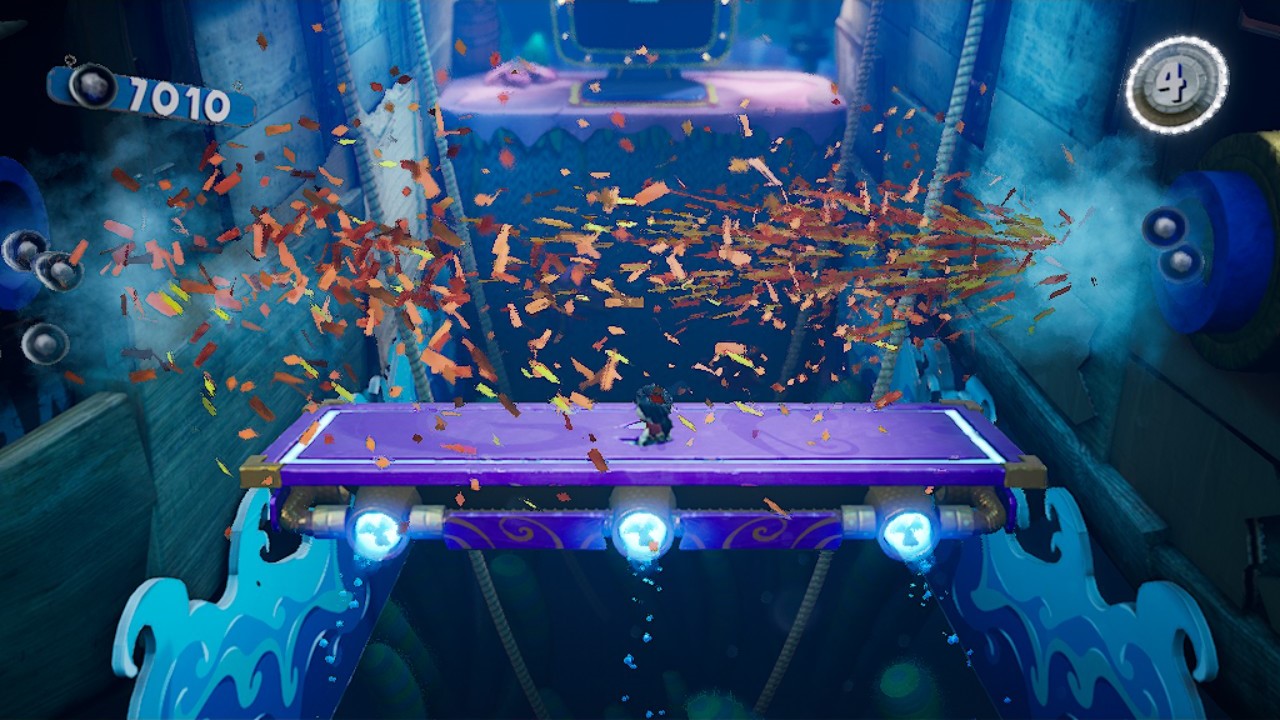 Let’s end on a positive note, since this is a good game just not on PC at the moment. As Richard Allen said in his review, Sackboy: A Big Adventure is a game of pure, child-like happiness. You’re bound to have a smile on your face through incredibly inventive levels, especially those synched to licensed tracks, tons of customization options, and online or local co-op. The PC version also includes all previously released DLC costumes at the base, including a PC specific costume and emote, and will receive any further free DLC for… well, free. It also has full mouse and keyboard support, with mouse cursor navigation for menus too. This is a delightful game and could be a good port, it just needs more time in the oven.

Sackboy: A Big Adventure isn’t at its best on PC, with consistent stuttering and not many graphical options, but it’s still a fun experience you can play with just about anyone.

David is the kind of person to wear his heart on his sleeve. He can find positives in anything, like this is a person who loved Star Fox Zero to death. You’ll see him playing all kinds of games: AAAs, Indies, game jam games, games of all genres, and writing about them! Here. On this website. When not writing or playing games, you can find David making music, games, or enjoying a good book. David’s favorite games include NieR: Automata, Mother 3, and Gravity Rush.
Related Articles: Sackboy A Big Adventure
Share
Tweet
Share
Submit