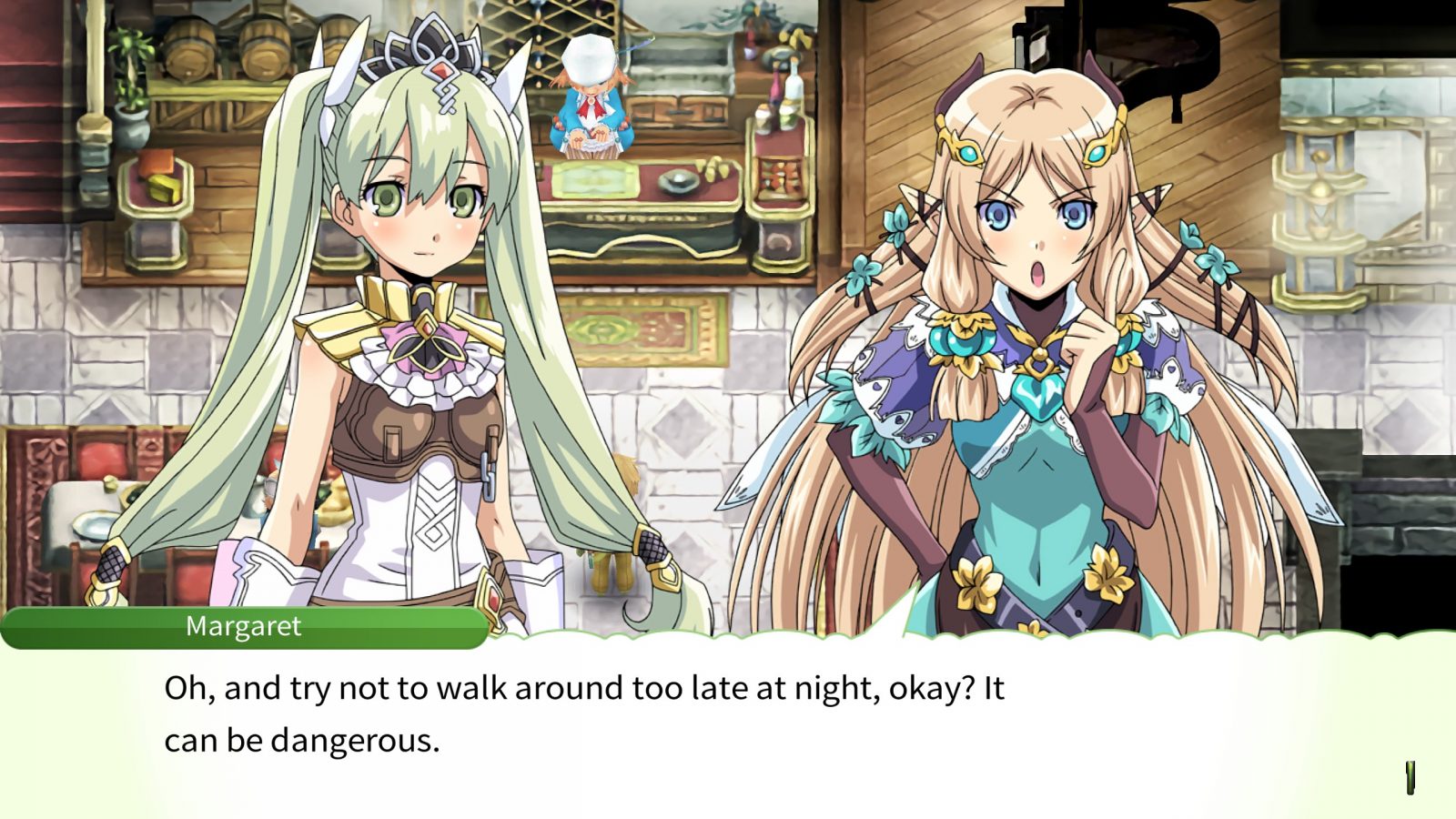 Despite not having a new entry since 2012, Rune Factory still remains one of my favorite farming games to relax with along with Stardew Valley and Ooblets. While farming, town life, and romance are big aspects of the game, Rune Factory is also an action RPG with weapons to craft and wield, enemies to battle, and even a plot to progress at your own pace. While it’s probably my least favorite of the numbered titles, I still greatly enjoyed Rune Factory 4 on the 3DS and on Switch more recently with Rune Factory 4 Special, an enhanced remaster of sorts. It’s a great game and well worth playing, though it does still have some issues as Editor Kay Purcell points out in her review. Now, the game has come to other consoles and even PC, but is the PC version worth your time after putting dozens of hours into the Switch version?

First off, the graphical options any PC game is expected to have. You can only access these before launching the game in a configuration menu, which isn’t unheard of for PC ports of console games but still a little annoying. In this window, you can change the screen mode (Fullscreen or windowed), Resolution (from 720p to 4K), and toggle VSync and High Resolution Textures. You can also rebind keyboard keys, change the controller button type (Switch will use the default layout, with A being confirm), and change the text and voice languages respectively. There’s not a lot of options here, but this was originally a 3DS game so we can let that slide a little. This menu and the game itself both support mouse cursor input (kinda, as you can’t hover over options, only click) which is more than I can say for other, more modern ports like Bravely Default 2. 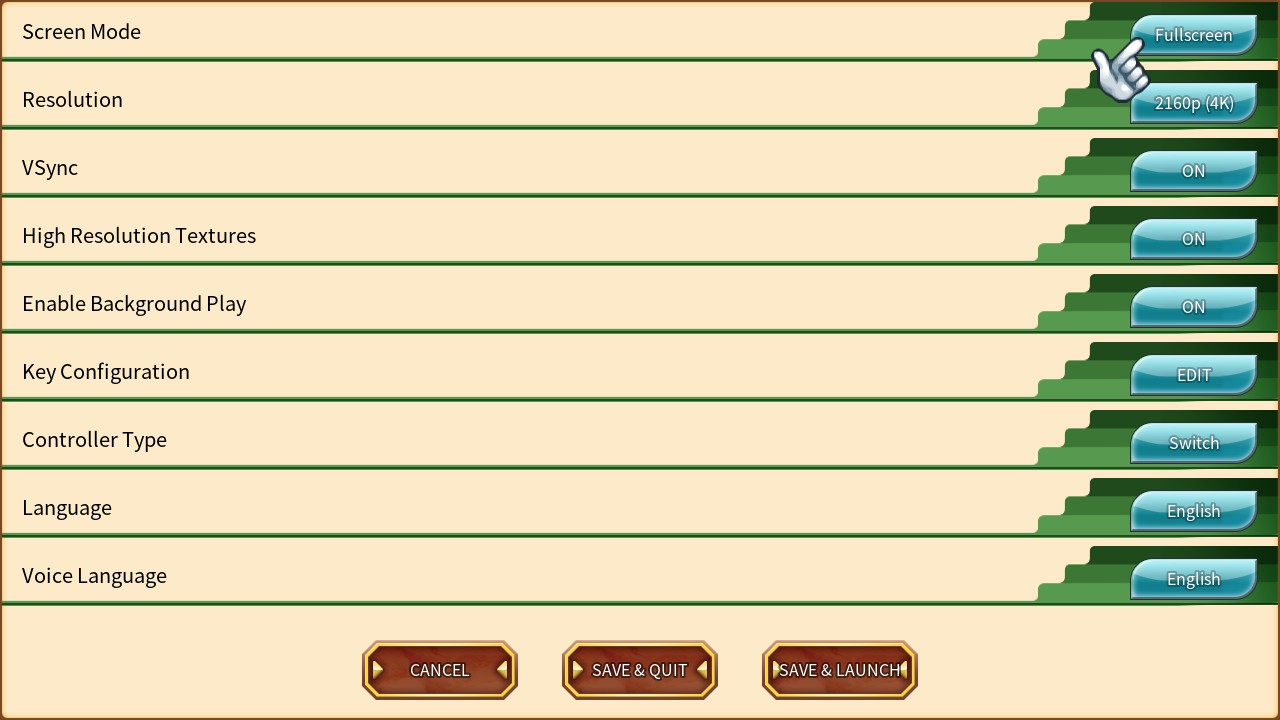 Going into the game itself, well it’s exactly the same as when Kay reviewed the game in 2020 – no more, no less. Playing at 4K, everything does look a lot clearer, though not always in a good way. Being designed for the 3DS’ low resolution screen, it’s now easier to see the shortcuts the developers took in that version with stiff animations and very blurry anime cutscenes. The environment textures are a bit of a mixed bag, and I feel they somewhat lose the painterly art style in this translation. Certain objects, like the bed, calendar, and storage chest are also very clearly 2D objects at very, very low resolutions and stand out much more than they should. The HUD is also a bit of an issue, and is far too large for its own good – a way to scale it down would have been appreciated.

On the upside though, the 2D portraits when speaking to townspeople look absolutely stunning. The linework is clear and sharp with each character having several poses and expressions to convey their personality. This still isn’t my favorite cast of bachelors and bachelorettes, but their designs are unique and appealing.

Controls also have their ups and downs. As I mentioned earlier, you can play the whole game with a keyboard and mouse if you wish, but I stuck with a controller since that’s what I’m used to. You can seamlessly switch between the two… sometimes. As you can see in my gameplay footage, I couldn’t figure out how to rename my character as pressing any button on the keyboard would simply attempt to confirm the default name. It’s very frustrating since naming your farm, character, and monsters is how you put your personal stamp on the game. It’s a big issue that I’m shocked hasn’t been fixed yet given how late we are to review the game.

So, is Rune Factory 4 Special worth your time? Well, if you’ve already played the game on Switch, then no – there’s nothing here to really make the PC upgrade worthwhile, especially considering the convenience of portability the former offers. But if you’ve never played the game, then it’s absolutely worth checking out. It’s my least favorite of the series, but that doesn’t mean it’s not a great time. This farming, social sim, and RPG mix is still a match made in heaven that you really can’t get anywhere else.

You can still clearly see the 3DS roots in Rune Factory 4 Special’s PC port, but it’s still a fantastic game worth enjoying if you haven’t already played it. It does have some keyboard input issues, particularly with name entry, and some aspects were clearly not intended to be viewed at a high resolution, however it does put forward enough effort to work on PC that makes it a decent platform to play on.

David is the kind of person to wear his heart on his sleeve. He can find positives in anything, like this is a person who loved Star Fox Zero to death. You’ll see him playing all kinds of games: AAAs, Indies, game jam games, games of all genres, and writing about them! Here. On this website. When not writing or playing games, you can find David making music, games, or enjoying a good book. David’s favorite games include NieR: Automata, Mother 3, and Gravity Rush.
Related Articles: Rune Factory 4 Special
Share
Tweet
Share
Submit