Victoria Rosenthal, cookbook author / kitchen commando has returned with another worthy videogame cookbook. Teaming up with Insight Editions, she’s the mastermind behind the official cookbook for Fallout, Destiny, and now Street Fighter. Frankly, I can’t think of a better book to focus on the street food culinary creations of the world than world-travelling brawler Street Fighter. Let’s drop a quarter in the slot and prepare some food with Street Fighter: The Official Street Food Cookbook. Round one…COOK!

Donning the persona of series veteran Sakura Kasugano (introduced in Street Fighter Alpha 2 in 1996), Rosenthal gives us a cool backstory from the character’s point of view, as well as some setup for her travelling around the world to find the very best street food every country has to offer.

This hardbound book weighs in at 205 pages and is beautifully laid out, split by country, just like Street Fighter’s world stage. It starts with a list of ingredients that might be somewhat uncommon, depending on how much access you have to international goodies like babu arare, doubanjiang, or honey basil. Rather than just listing them out, the book also spells out not only where they are from, but also what they do. For example, paio is a Portuguese pork sausage seasoned with garlic and peppers. It can be substituted with chorizo — something fairly readily available at the grocery store. Many of the ingredients also have suggestions on how long things can be stored and how to keep them fresh, such as sui mi ya cai which can be kept in the refrigerator in an airtight container for about two months. There’s even a short section on allergies and how you might adapt the recipes to match a vegetarian, gluten-free, and lactose-free diet.

My favorite section in this book is, surprisingly, the “Basics” portion. It goes over a list of basic ingredient prep that can be fairly common among many cultures. Throwing some ingredients on a store-bought burger bun is one thing, but prepping one from scratch to make a light and fluffy bun you can be proud of? Mwah! 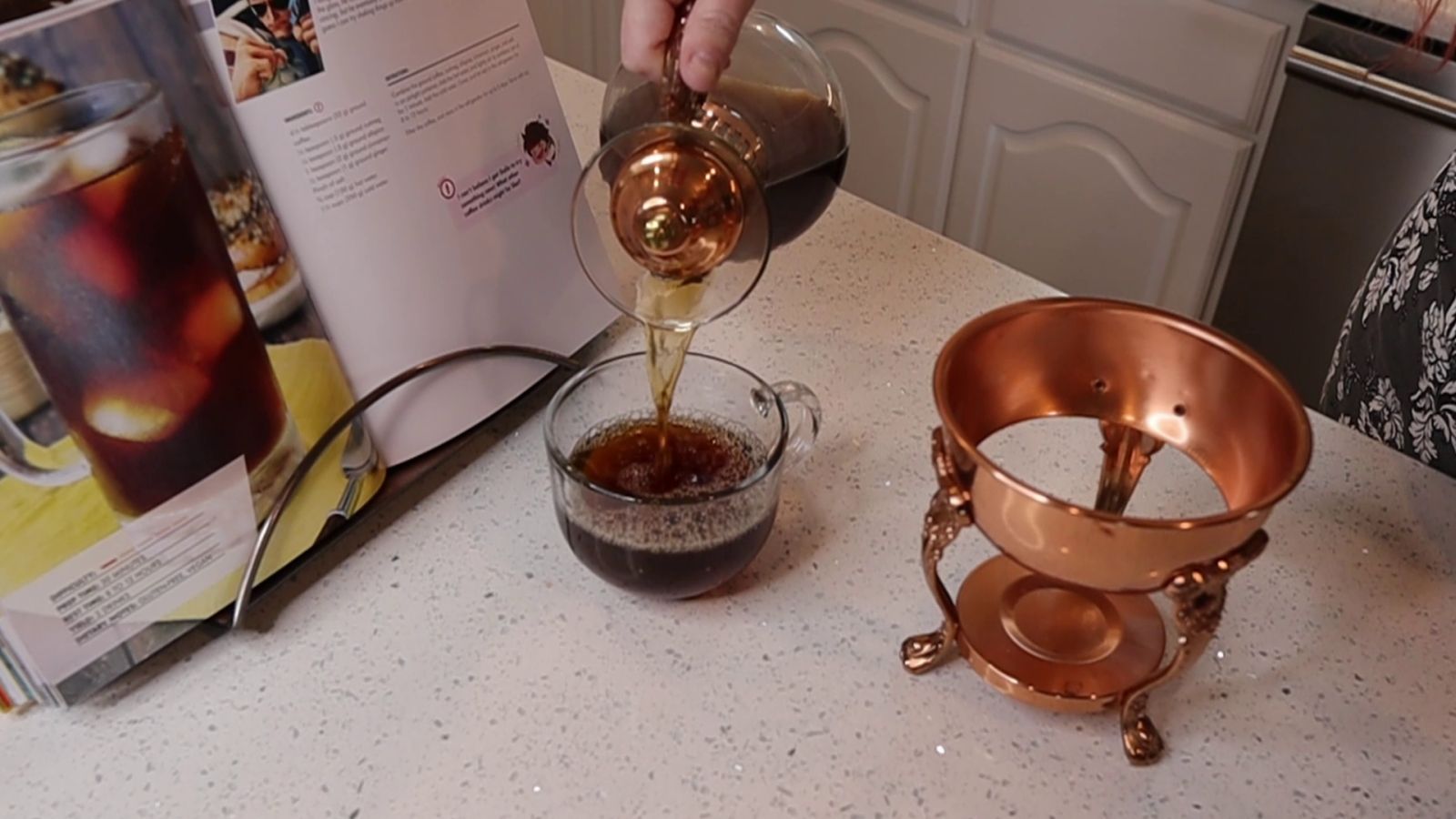 I do have to say that my wife Laura, a Le Cordon Bleu graduate, did have some advice that isn’t covered in the Sushi Rice section. While the cooking instructions are decent, and it’ll net you some really clean photo-ready rice that’ll taste delicious, it doesn’t work as well as rice that has sat for a day in the refrigerator for things like sushi. Unlike most recipes where you want the rice to be loose, for sushi you’ll want the rice to stick. Otherwise, when you cut through the roll it’ll come apart and you’ll end up eating your sushi with a fork. Cook your rice a day ahead to let the gluten develop, let it stick, and be happy with better sushi.

Like Rosenthal’s previous books, the basics also have cross-references, showing you where you will use those items throughout the book. It also clearly lists out the ingredients, prep time, cooking time, dietary notes, yield, and even how difficult it might be to make. In short, don’t be afraid of names that aren’t immediately recognizable — you’ll struggle with getting the oil temperature right for a corn dog far more than you will making Oyakodon. That said, Kare Pan scares me. 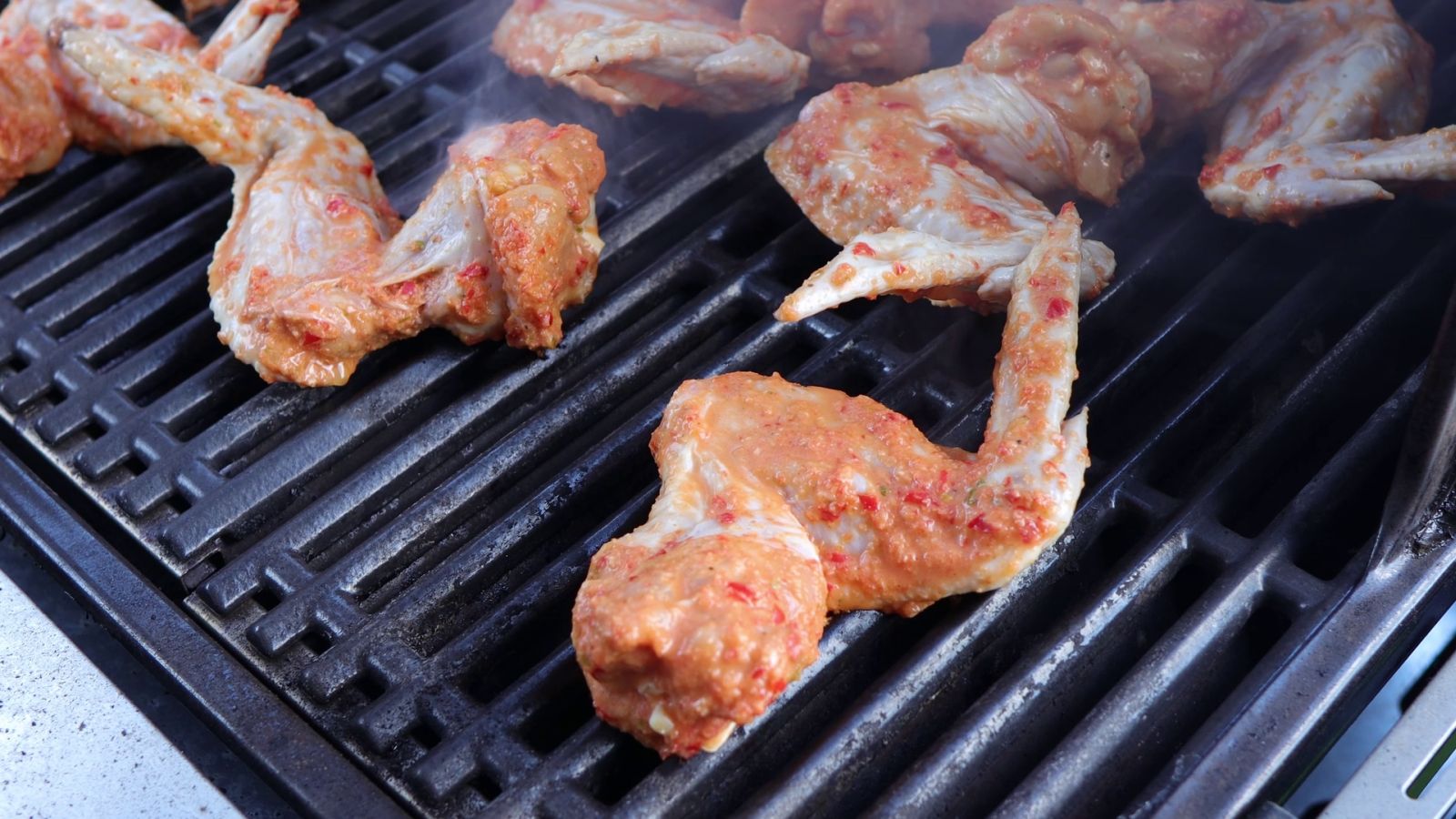 Laura picked out a few specific recipes she wanted to try, starting with a coffee drink inspired by Guile’s signature move. Next up, a slice of Japanese Milk Bread, a red bean onigiri side dish, and a main course called Kuku Choma, inspired by Kenyan warrior Elena to round things out. While the bread went a little flat, the coffee was great (after a little sweetener to taste), the bread got ravenously devoured, and the chicken was a surprise hit for everyone. All of the recipes were easy to understand, and equally as easy to follow.

Truthfully, I only have one complaint with this Street Fighter cookbook — occasionally the food and character associated seem mismatched. I’m not sure if that’s Capcom’s influence, or if it’s a conscious choice by the author, but as an example Chun Li (who is from China) is cooking Crepes. Crepes, like the word itself, are traditionally from France. Now, they could have focused on Jianbing, which are Chinese crepes that are folded in half like a fan and covered with lajiao chili and hoisin sauce, but instead they went with more of a Louisiana citrus crepe, making it even more odd. Similarly, Rashid from the Middle East is serving up shumai, an Asian dish with roots in the Philippines, Japan, China, and Singapore. I’m not saying they can’t have favorite foods from abroad, but I just feel like this could have been a chance to truly focus on foods from their home.

This is another fun cookbook from Rosenthal and Insight Editions. It ticks the box for being videogame related, tying to most of the Street Fighter team solidly enough to get the nod. The food is good, and it’s easy to make — even if it doesn’t always come out exactly the way it looks in the picture. I know one thing for sure — Japanese Milk Bread just became a staple treat in our household.

With at least a dotted line from characters to the cuisine, Rosenthal’s latest book is a tasty trip around the world of Street Fighter.

Ron Burke is the Editor in Chief for Gaming Trend. Currently living in Fort Worth, Texas, Ron is an old-school gamer who enjoys CRPGs, action/adventure, platformers, music games, and has recently gotten into tabletop gaming. Ron is also a fourth degree black belt, with a Master's rank in Matsumura Seito Shōrin-ryū, Moo Duk Kwan Tang Soo Do, Universal Tang Soo Do Alliance, and International Tang Soo Do Federation. He also holds ranks in several other styles in his search to be a well-rounded fighter. Ron has been married to Gaming Trend Editor, Laura Burke, for 21 years. They have three dogs - Pazuzu (Irish Terrier), Atë, and Calliope (both Australian Kelpie/Pit Bull mixes).
Related Articles: Culture, Street Fighter: The Official Street Food Cookbook
Share
Tweet
Share
Submit