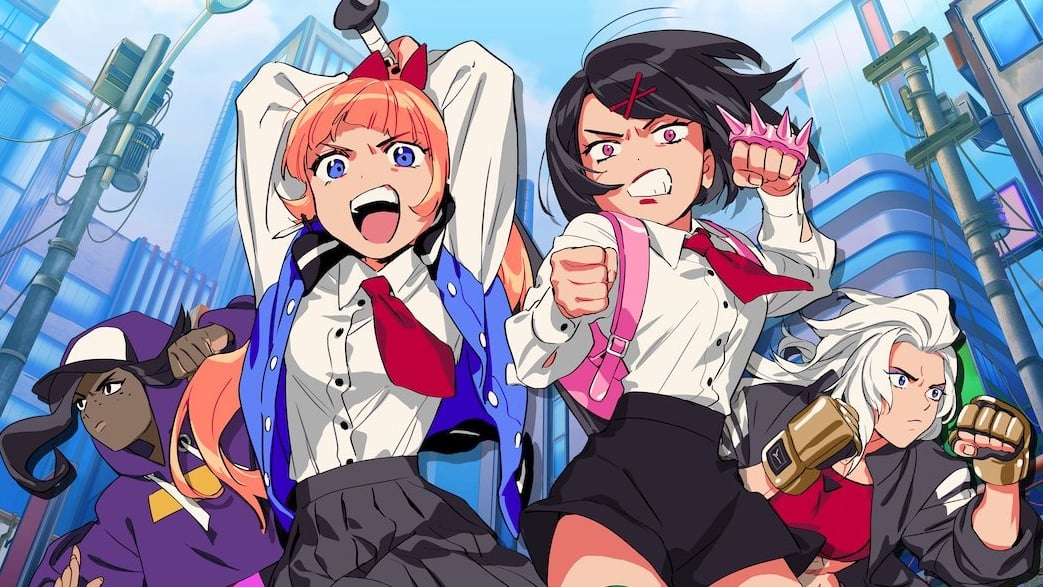 The first River City Girls game launched in September 2019 and was one of the first games I reviewed. As such, the game has a special place in my heart, and it is one of the best beat ’em up games I’ve played as it sports amazing features like fun gameplay, great art direction, and more. After playing the sequel three years later, I’m glad that despite its issues, it successfully lives up to its predecessor.

River City Girls 2 has a similar simplistic story structure as the last game. After defeating a Yakuza Boss’s daughter from the previous game, he decides to get revenge by sending out his goons and other family members to seek out our main protagonists, Misako and Kyoko, rampaging across River City in the process. So it’s up to the girls, their boyfriends Kunio and Riki, and a few new playable friends Provie and Marian, to stop them. The story isn’t exactly what you’d call a narrative masterpiece as it opts to keep things simple and fun, which while I appreciate, some players won’t. 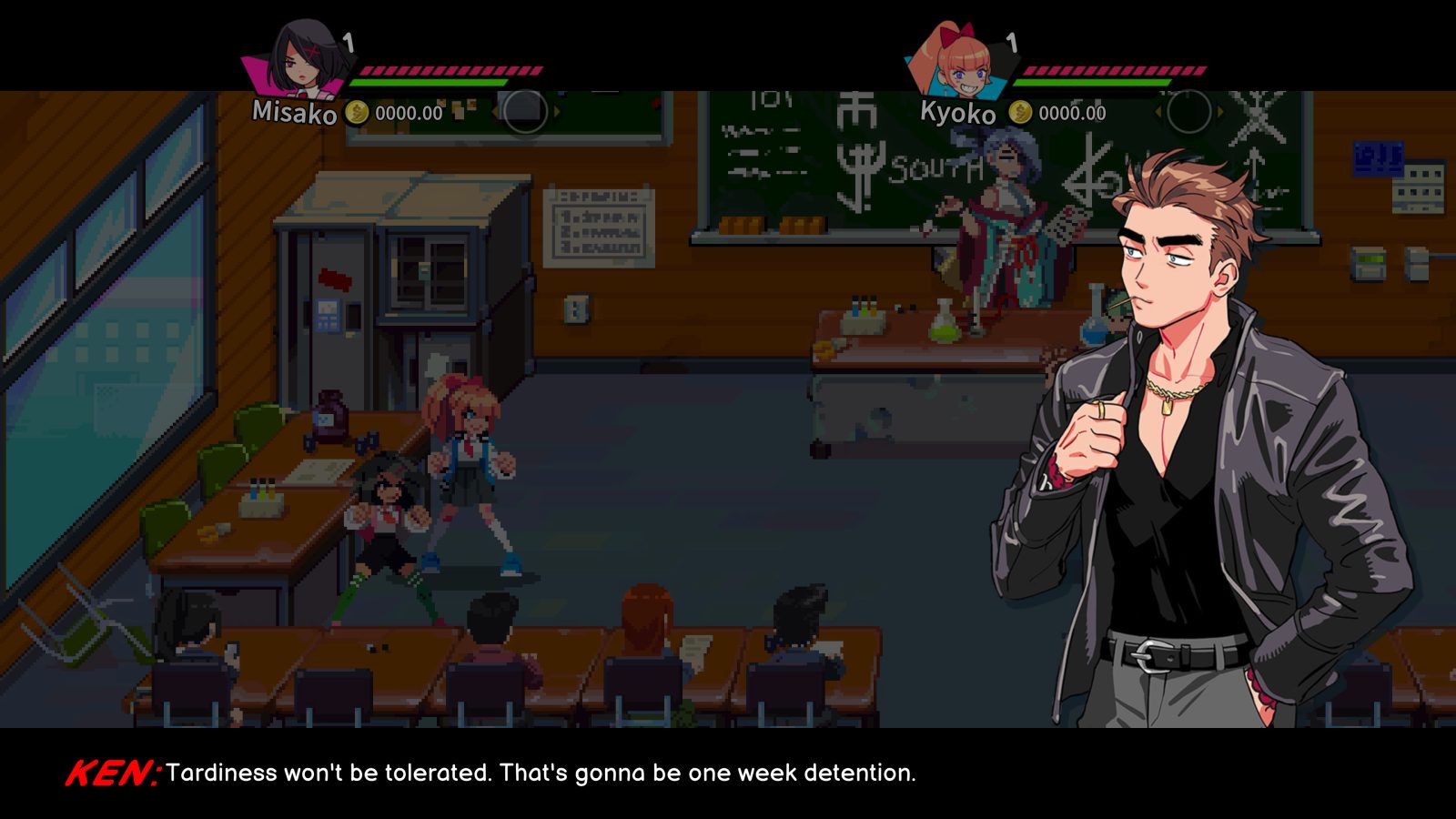 Other than that, River City Girls is perhaps better than the previous game in almost every way. The first and most noticeable difference is the visuals, which, while designed similarly, are more crisp, dynamic, and colorful. The combat has also significantly improved. While most moves are the same for the returning characters, there are still several new moves that have a wide variety of uses, and the new characters that are incredibly fun to use. Heavy attacks can deal more damage to singular opponents. Basic attacks are light but quick, and special attacks like Kyoko’s dab, Kunio’s headbutt, Riki’s multi-attack move, Provie’s radio blast, and many more do damage that creates distance between multiple enemies. Then there are new moves that unlock naturally as you level up through combat. These can include using enemies as weapons and grapple moves, among many others. I appreciate how the combat system rewards players for playing and improving their skills without needing them to pause and rearrange their move list or special moves every other hour, like in many other games.

However, there’s also the accessory system returning from the previous games, which admittedly does require the player to set and replace every accessory with each new addition. Thankfully, the simple plug-and-use system that allows for amusing and useful tools makes up for it. Additionally, purchasing consumable items from shops is always fun as each shop provides a nice illustration and offers unique and useful items. I also appreciate that using these items is simple and quick, especially in the midst of combat. 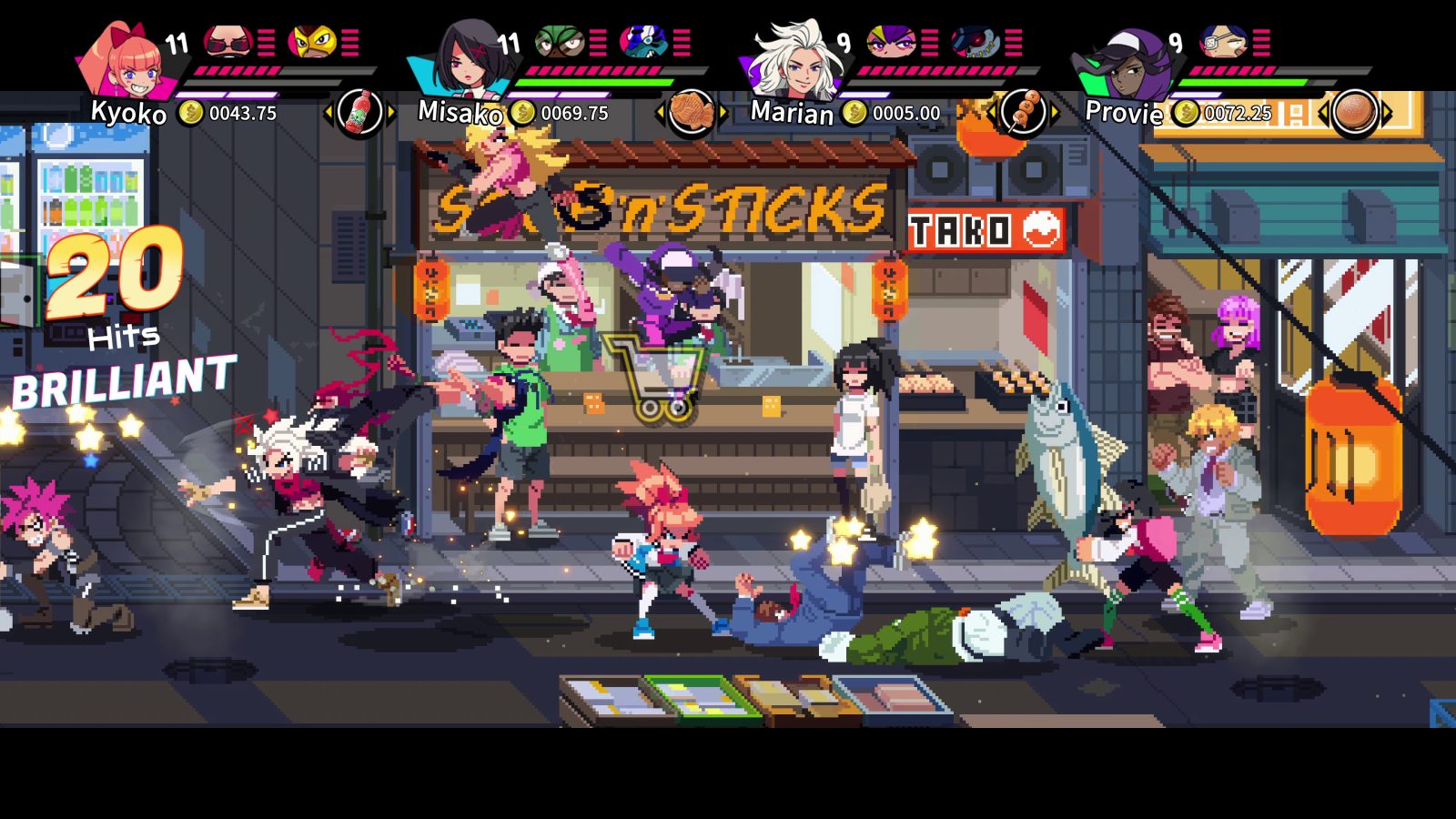 The game also sports new enemies that are as amusing as they are challenging and include kids with costumes, Arnold Schwarzenegger rip-offs, Dragon Ball Z references, and many more. It also sports several new well-designed bosses in both appearance and gameplay. While some boss fights have frustrating features, I had fun fighting and defeating each one.

There are also many new and redesigned highly aesthetic, highly vibrant, and detailed locations like Downtown, Uptown, and more which are all uniquely designed and have their own enemies. It’s just too bad that navigating through River City can often be very tedious, especially for missions that often demand backtracking  to previous locations. Players will find themselves pulling up the map constantly, which can get frustrating. What’s more, the game’s soundtrack is just as excellent, if not more so, than the first game as it brings back old songs but also adds new ones. However, it also noticeably has fewer new tracks than old and very few new lyrical songs, which is a tad disappointing. Other disappointing elements include the character’s slow movement speed, and 30FPS, which while is not an issue itself, is very noticeable, especially on a docked Nintendo Switch. And while not disappointing per se, it is worth noting that the game reuses a lot of models and, despite being enjoyable, is noticeably short at around 6 hours in total length. 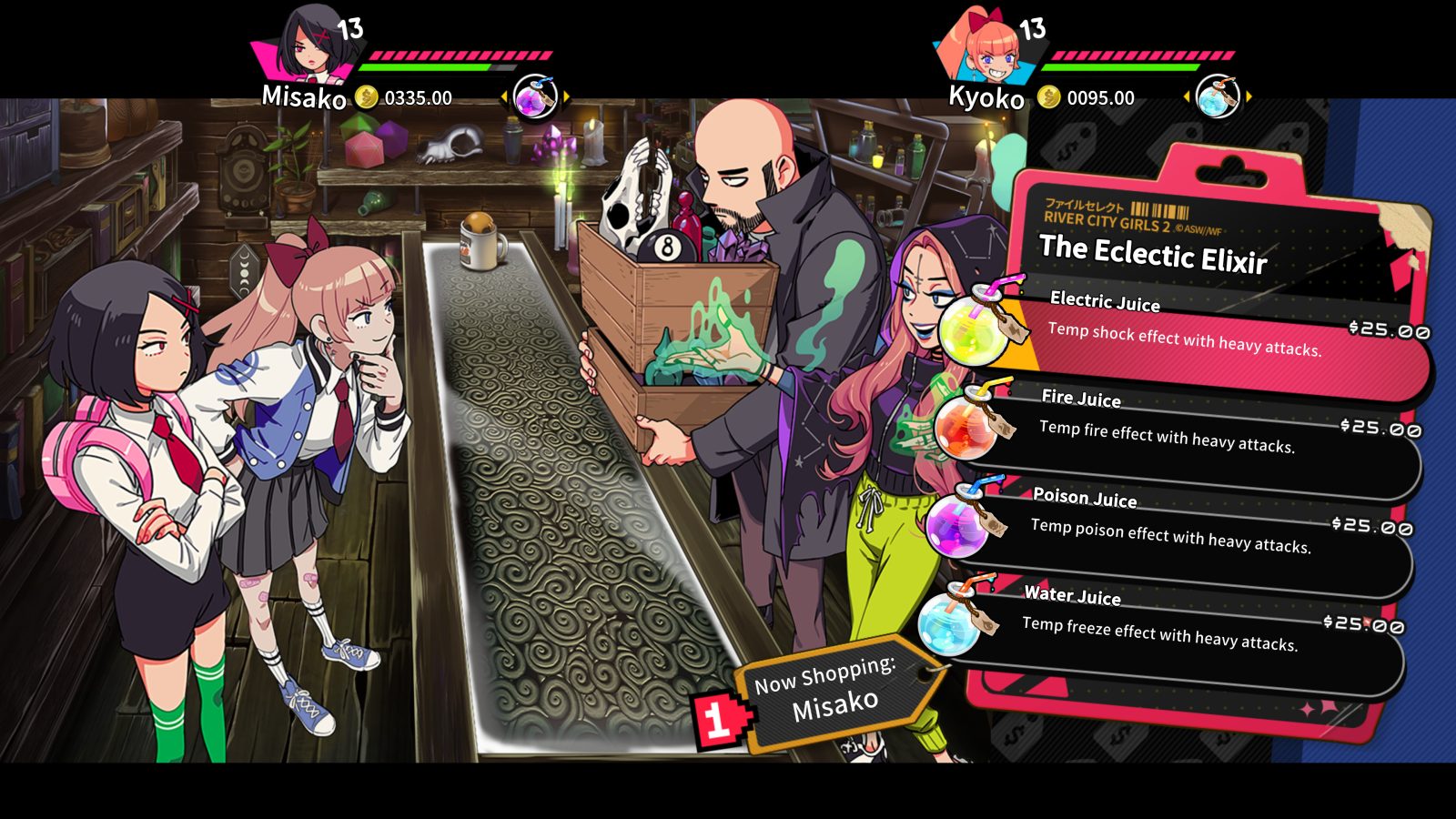 All in all, despite some disappointing features and tidbits, I really enjoy River City Girls 2, significantly more so than the previous game. As a result, I believe the game is an easy recommendation to beat ’em up fans, especially those who have a lot of patience.

If you're a fan of beat em up games and the first River City game you'll most likely enjoy River City Girls 2 and all if not, you will still enjoy the game if you can ignore its few annoyances.

Abdul Saad is an avid gamer and computer geek. He's been writing for four years on news, reviews, previews, and more on multiple gaming sites. When he isn't writing or playing the latest JRPG, he can be found coding games of his own or tinkering with something electrical.
Related Articles: River City Girls 2
Share
Tweet
Share
Submit