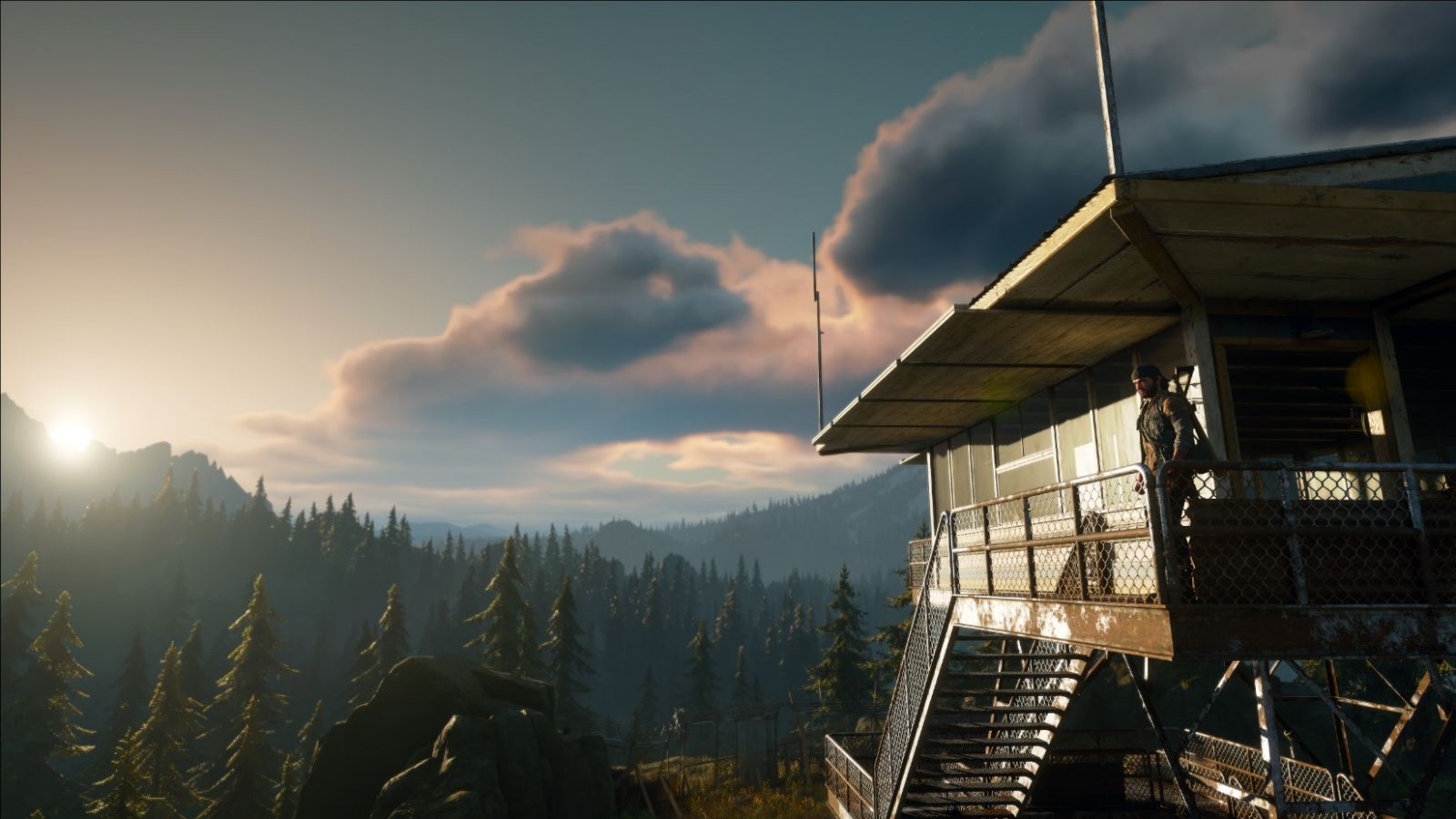 I’m going to make a statement that may be taken as controversial, Days Gone is one of the most underrated titles of the PS4 era. There probably aren’t many who would agree with me, at least during the first few months of release, but I thoroughly enjoyed the game back on my trusty PS4 Pro. Now, I’m not the one who did our Days Gone review as that was before my time, and you can see my compatriot Bryan Lawver wasn’t as high on the game as I am. That being said, while I could launch into all the things I think make Days Gone great, I’m going to focus on the fantastic work that has been done with the PC version.

Before we jump into the particulars, Days Gone has already gotten better between PS4 updates, a robust content roadmap (which was pretty impressive for a single player game), and even an upgrade for those running the game on PS5. I haven’t played it yet, but I’ve heard nothing but amazing things about what Bend has done for those players, with an exemplary 60fps and dynamic 4K. There are going to be some who complain that the PC version is getting a lot of features that would work well with a native PS5 version of the game, but remember, PC players are paying for this, and what we’ve received for absolutely nothing in the improvements the PS5 offers for Days Gone is pretty great.

Moving onto the PC version, I’ve been honestly stunned right from the get go. After hearing about the PS5 upgrade, I was thinking Sony maybe should have delayed the game even further from it’s PS4 launch because it would have been a good PS5 title. But what the PC version has shown me is dumbfounding. The start screen alone is crystal clear, with Deacon’s bike a beautiful centerpiece amidst the grungy Oregon highway, with the leaves floating by a wonderful touch. Yes, I’ve seen this before, but it’s like using a screen protector without taking the film off.

The wonderful thing about this is that it extends in every bit to the game. The rolling hills of Farewell, Oregon are absolutely gorgeous, shining like a polished diamond. This game was already remarkably pretty, but now it’s on a new level. Days Gone on PC supports full 4K resolution, and everything there works beautifully. I myself have an Nvidia GeForce RTX 3080 and a Viotek 1440p monitor, and Days Gone runs like a dream on it. Everything is wonderfully crisp, and there are clean textures for days. The minimum and recommended specs aren’t that high either, and while you’ll need a nice build for higher frame rates and resolution, this is all you need:

Speaking of frame rates, that may be the most impressive portion of Days Gone on PC. People were pretty thrilled with the PS5 upgrade going up to 60fps, and PC takes it a step further. Bend introduced uncapped frame rates into the game, and boy does it look good because of it. I turned on Frameview from Nvidia to see what I could get, and while it does go all over the place when in cutscenes, I was very regularly averaging about 130fps to 140fps. Yes, I have a 3080 so that helps, but I was also running everything at the highest of settings. I would imagine if you’re all about frame rate, it would still be easy to average a high number just dropping down a few of the settings, of which there are many. You also have an FOV slider, and being able to drop that back to 100 is very useful when zombies are stalking you at every turn. I do wish there was a counter available like in Horizon Zero Dawn for PC, letting me know how much of my video card’s memory I was using, although I could see that being a simple addition down the line.

While I love what I’m getting in this package, I am kind of bummed to see Nvidia’s DLSS and ray tracing miss this release. Bend doesn’t say never on DLSS (Deep Learning Super Sampling) in their PC FAQ, but the absence of it at launch feels like a miss, especially considering another Sony title, Death Stranding, had it upon release last year. The way DLSS enhances games is amazing, and nearly doubles most games’ frame rates. My monitor can only handle 144mhz and my computer easily does 130fps, but I’m sure the PC connoisseur would enjoy 200/300fps.

Days Gone - Side by side comparison [PC vs PS4] - [Gaming Trend]

With ray tracing I understand where it isn’t there, but a game like Days Gone seems like it would shine with it. Metro Exodus just recently got an update adding it, and the doom and gloom feels less counterfeit and draws you in to a higher degree. Sure, Metro Exodus is already a gorgeous game, but the improvements 4A Games built into the Enhanced Edition take it to another level. This is how I feel when it comes to Days Gone, what they’ve done is phenomenal, but adding ray tracing would be icing on top of an already scrumptious cake. Bend didn’t add a “at this time” in the PC FAQ for ray tracing, so unfortunately it seems that ship has sailed.

There are also some other cool benefits, like ultrawide monitor support, keyboard and mouse support (along with plenty of controller support), achievements for the hunters out there, and more display customization than you can shake a stick at. We all love Photo Mode, and Days Gone’s version returns, and with a Super Resolution feature to make your photos the prettiest they can be. I don’t always use these much myself, but messing around with it in Days Gone might just turn me into an amateur video game photographer. All of this forms a really nice compendium for PC, along with all the content PlayStation received during the free content roadmap. It’s what you loved from Days Gone, wrapped up in a technically astonishing package.

Days Gone is the perfect PlayStation game to make its way to PC. It was already a beautiful game, but held back by the PS4 and PS4 Pro. On PC, Days Gone gets it’s chance to flourish, running at uncapped frame rates, high resolutions, and touting an FOV slider. While it is missing some cool next-gen upgrades like ray tracing and DLSS, Days Gone runs nearly flawlessly on PC, and serves as a testament to Bend’s tradecraft. Even if you’ve already played the game on PS4 or PS4 Pro, it’s worth jumping back into the shoes of Deacon St John on PC to massacre a freaker horde at the highest level of performance possible.

David Burdette is a gamer/writer/content creator from TN and Lead Editor for Gaming Trend. He loves Playstation, Star Wars, Marvel, and many other fandoms. He also plays way too much Call Of Duty. You can chat with him on Twitter @SplitEnd89.
Related Articles: Days Gone
Share
Tweet
Share
Submit