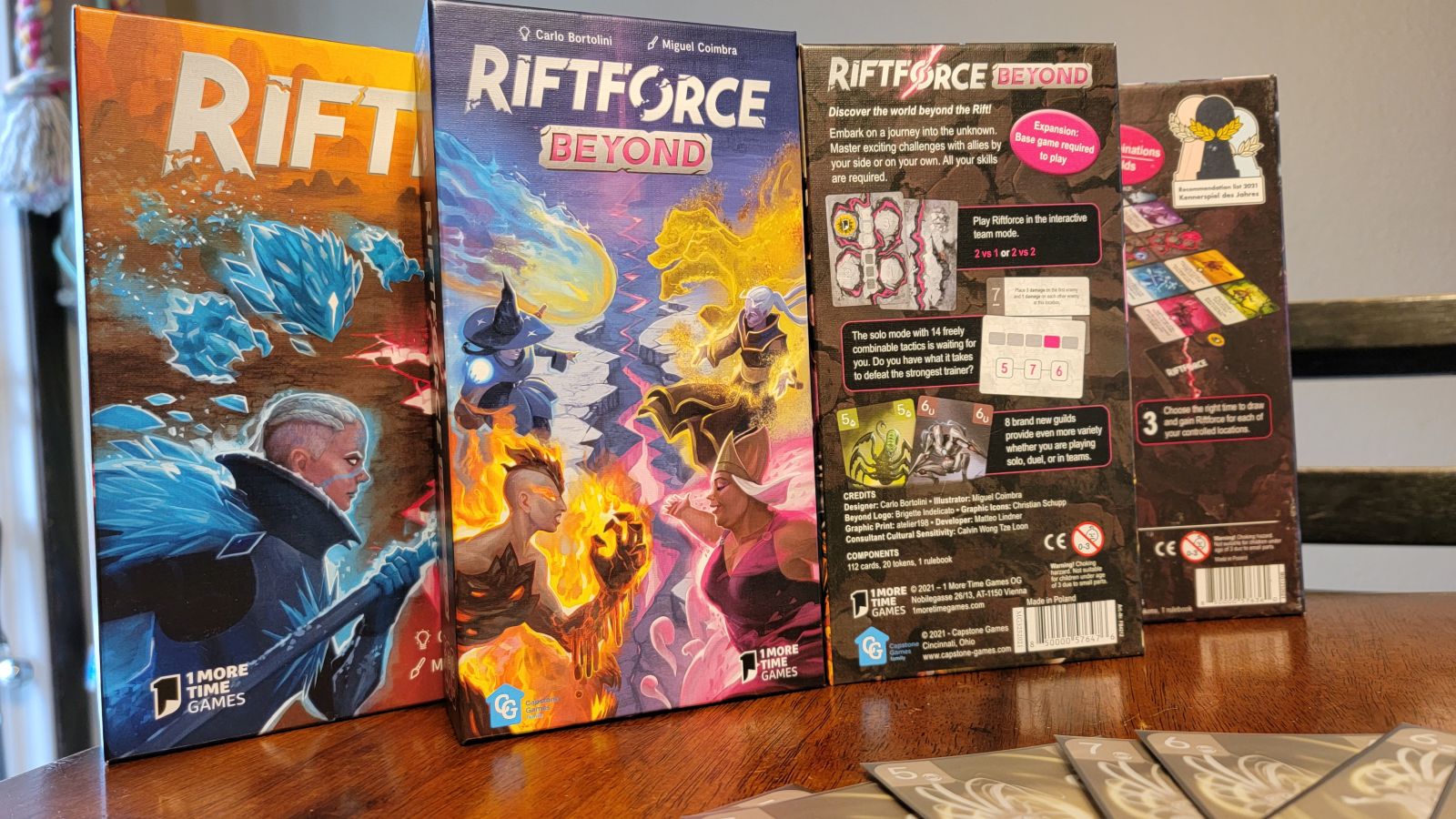 It is hard to stand out in a crowd with the vast amount of two-player card-based games out there. With the arrival of Riftforce in 2021 Capstone Games, Designer Carlo Bortolini, and Artist Miguel Coimbra seem to have built upon its success with Riftforce and have thus shown us what is beyond the Rift.

In the original version of Riftforce, two players faced off channeling the power elementals to gain control of the rift. Each player would have four unique elementals that would power their side as a summoner to victory. Victory meant being the first player to reach 12 Riftforce, much like the base game the expansion builds on that formula in positive and exciting new ways. 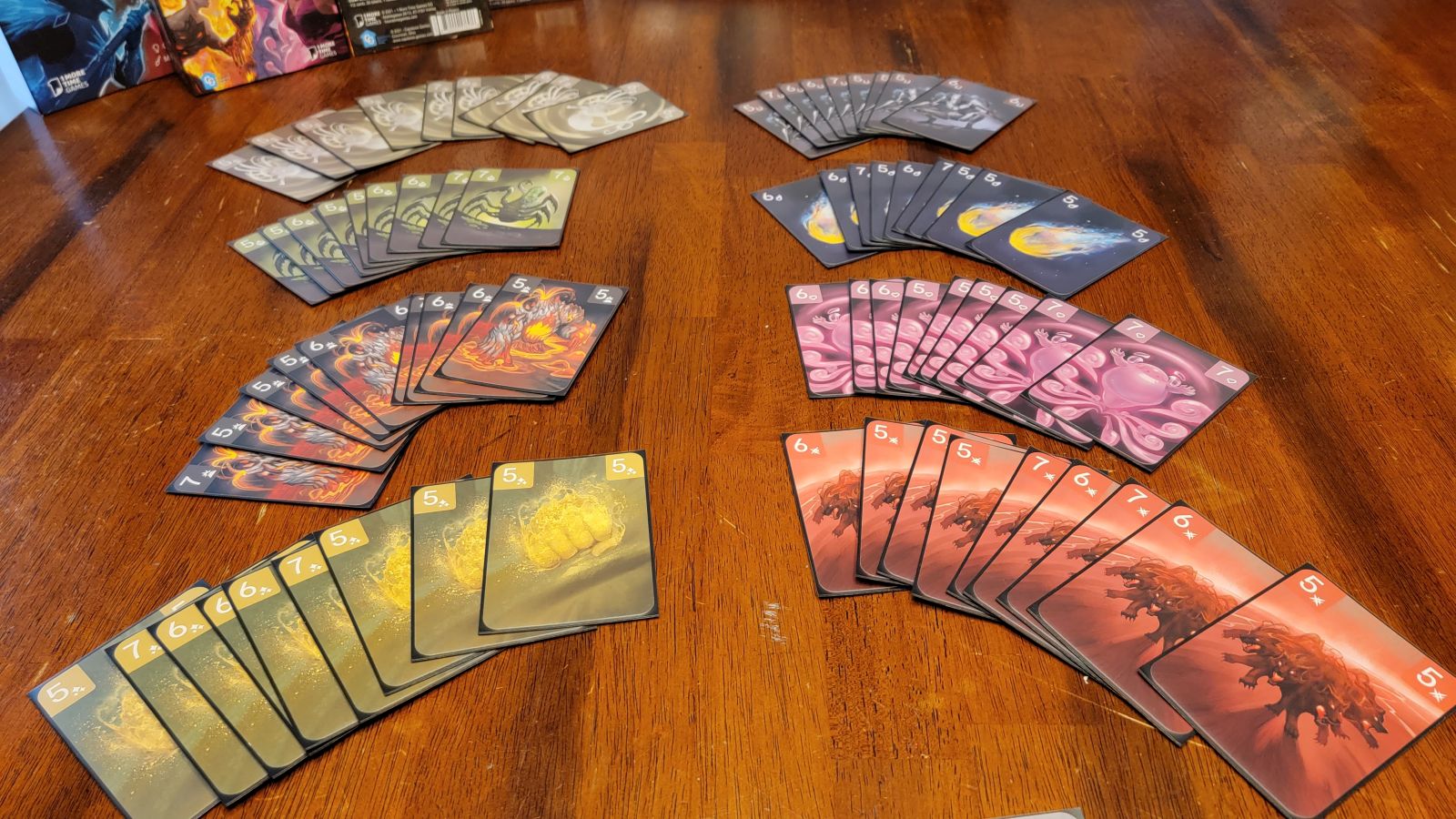 Out of all of these new ways to play, perhaps the one that changes the game in different ways is the three to four-player variant that changes Riftforce from two players to a potential four-player game. These three to four-player games involve a slightly expanded board and change where elementals are placed at the beginning of the game. In this case, all except the first player in turn order will place an elemental in the middle of three spaces of the board. From here player one will take a turn having six total spaces on their board that they can now play on. What also changes is players now have only three factions to build their deck in team play resulting in a team having six factions to play from, unlike normal play which is only four factions a player.

By adding in a couple of extra factions teams can expand differently and have different combinations of elementals to play with during a game and while players may only communicate about the general direction of how they want to play and what they would like to see happen, players may not share information about what cards are in their hands and may not talk about what their teammate should do, only general strategy. Much like other parts of the game teammates may play in any of the six locations but while checking for area control to see if they gain a riftforce or not, players only have to check the three spaces in front of them. Lastly, players may also activate elementals of their teammates in addition to their own, and once a team together has reached twelve riftforce a game ends much like it would in a normal two-player game. 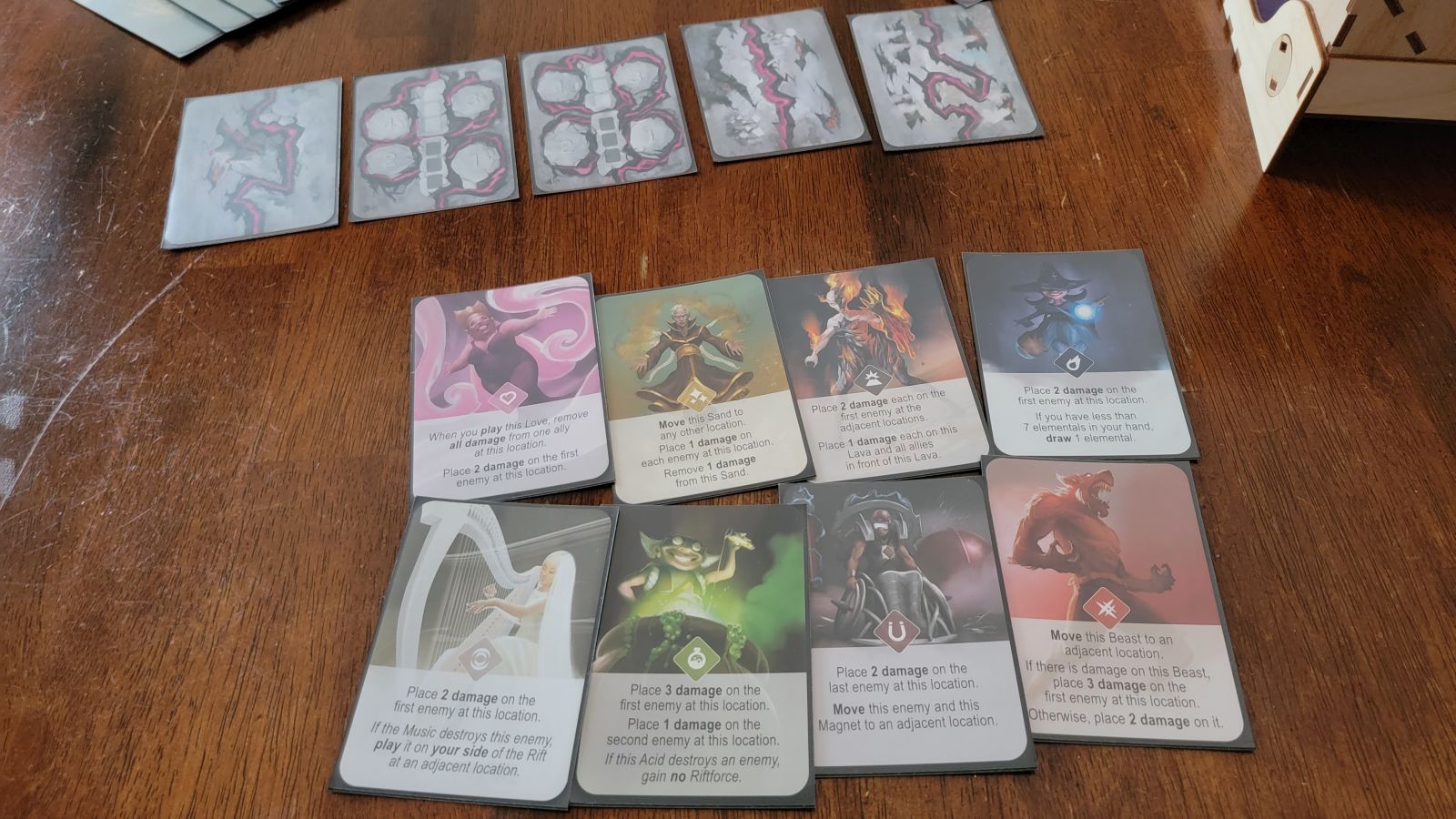 Adding to this variant, came a deck of cards to be able to challenge the riftforce trainer for domination. In this regard, you are playing a bot and the cards will dictate the action the bot will take against the human player. Other things can change but typically play remains the same as if you were playing two players minus the fact that the bot player is using cards to control their actions. 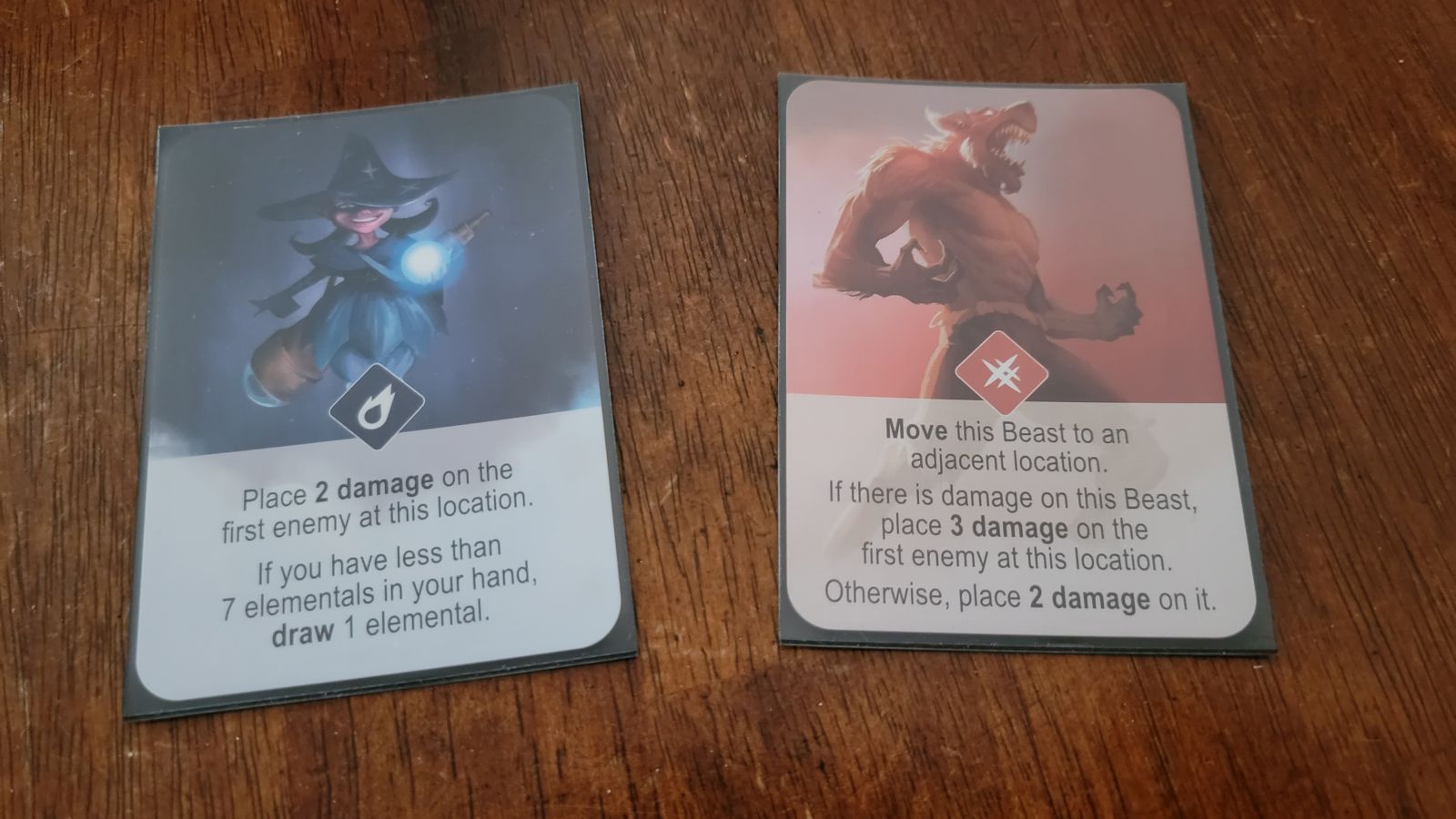 I for one welcomed and anxiously awaited a brand new expansion to Riftforce. For a two-player game to pack a lot of punch that a TCG(Trading Card Game) would bring to the table, without constantly having to buy new cards every time a new set comes out. Riftforce constantly provides that TCG feeling for me in a board game form without breaking the bank and makes it easily accessible to anyone and everyone looking for a new card game with fantastic art. This is why I will keep coming back as long as new expansions keep coming, they provide a full experience and the game is constantly fresh.

At its outset, Riftforce Beyond had a tall order in living up to the base game’s hype and moxie. Beyond has done this and more and set the tone going forward that Riftforce is here to stay and that as long as people play card games, and board games, Riftforce has a welcome spot at the table. That being said, Riftforce Beyond is a gift that keeps on giving to any fan of Riftforce, and those fans will not be disappointed.