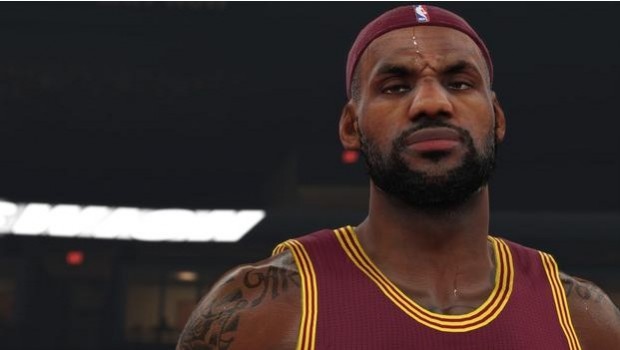 The sports video game season is winding down, with all the releases having hit store shelves and only one big dog waiting for its time. That big dog is NBA 2K15, a series that many think, including myself, is the best sports series around. It has a certain technical touch that no other game in the genre can match. On top of that, it plays excellently; the controls have been tight and consistent throughout the years. NBA 2K14 released last year for the PS4 and Xbox One, and only cemented that fact with the games stunning visuals along with the same great gameplay. Now with a year under their belt, it is time for 2K Sports to build upon that impressive product.

After the large visual bump experienced last year from the previous generation consoles to the current generation, it was safe to assume graphical enhancements may take a backseat to gameplay additions this year. That assumption would be mostly correct, but there have been some slight visual tweaks that enhance the experience. Due in part to the technical level of the visuals being so high, 2K and developers Visual Concepts seems to have focused more on improving animation and player models.

The models last year were impressive on the more popular players such as LeBron James, Kevin Durant, etc. But this year, the visual brush has been thrown across a variety of individuals. For example, Michael Carter-Williams has a very unique body build, with longer arms than most that makes him look a bit lanky. That translates perfectly into NBA 2K15, as his model is a near spitting image of how he looks in real life. That level of detail is not prevalent in every model, but it is noticeable in a majority of them. In NBA 2K15, the artists over at Visual Concepts continue the tradition of producing the most visually impressive sports game around.

As for the actual 5-on-5 gameplay, there is only one change that really sticks out. That change is the inclusion of a shot meter below your player. This meter does a half circle around the players feet, and features a small safe zone which you need to fill the meter up to in order to hit the shot you are taking. This inclusion is a bit out of the ordinary for NBA 2K, as it shies away from realism and more into video game territory. That being said, it is very effective for people who are new to the game and have no idea how to judge a shooters arch and when to release the ball. However, for players that have been playing for many years, it comes off more as a distraction than anything else. You find yourself shifting attention away from the shot animation and instead to the meter, which can throw off the tight timing required.

In the past few years, the game modes found within a sports game have become equally as important as the action once you start up a real game. Visual Concepts realized this and built upon their already strong MyPlayer and Association modes. In MyPlayer, you create your own character and attempt to fulfill the dream of becoming a star NBA player. In years past, NBA 2K’s MyPlayer has featured some small cutscenes which appear throughout your NBA life, showing off beefs with other players, interactions with the owner, etc. That has been recreated in NBA 2K15 with an all-new story, this time focusing on your player being an undrafted free agent. You then choose from a list of teams interested in working you out. If you do well during the workout and the team needs you, a ten-day contract is headed your way. If not, it is on to working out for another team.

This year, the cutscenes within MyPlayer actually have some personality unlike in years past. For example, you are led by an absolutely insufferable agent who runs his mouth constantly. Watching his interactions with other people is amusing, as is keeping your fingers crossed that someone eventually knocks the hell out of him with a shoe. While not spectacular, a majority of the voice work is acceptable. The same cannot be said for the many NBA player voices they feature in NBA 2K15. In 2K14, the opposing players were all silent, with text appearing under their moving mouth as subtitles. The reasoning for that has become very clear, as it turns out basketball players do not make the best voice-over crew. But my, do they provide some unintentional laughs.

A few more additions that really add life to the MyPlayer mode is the ability to simulate games and the level of personalization you can now unleash on your player. Simulating games may seem like a small thing but it most certainly is not, just ask the MyPlayer mode from last year. Being forced to play all 82 games in an NBA season is practically confirming that you will not even make it through your rookie season, let alone season two. Thankfully, that is no longer an issue, as you can simulate to your heart’s desire. You can also suit your player up with pre-game rituals (such as LeBron throwing powder in the air, Kevin Garnett bashing his head into the goal post, etc.)

In Association mode, you take on the role of general manager for an organization and do your best to get them a championship. You are given goals to complete by your owner, and once completed, you earn points and eventually level up. This leveling up will lead you to choosing one of six upgrades, such as one which helps you re-sign players and one that lets you know the trust level of other general managers across the league. This is yet another case of them improving a feature implemented last year, as earning level-ups was next to impossible, and required hours and hours of time due to having to purchase them with the game’s virtual currency.

Scouting college players has always been an integral part of being the general manager, and that aspect has also been upgraded in NBA 2K15. Now instead of blindly choosing whatever prospect seems to have the highest overall rating, you are given the college players rank on a variety of big boards, as well as his 4o time, etc. You can also now view his stats throughout the year. For example, you could be needing a Center to get you over middling record hump, so you follow the college players stats throughout the year to see who is getting the most rebounds, points, etc. You also may just need a scoring center, so you shy away from his rebounds stat in favor of PPG (points per game). You also get in-depth reviews of the player before the draft, mainly telling you if your staff thinks the player will be injury prone throughout his career and end up a bust similar to Greg Oden.

One other new system comes in the form of GM Trust, which is not only the other general managers’ trust in you but most importantly, players’. Once you sign a new player, or re-sign a current one, you can make them a promise. If you fulfill this promise, your trust will rise, and vice versa. This has little effect on smaller players that you are bringing in for depth, but it does matter to higher-dollar stars who want to know that the team they are signing to will treat them how they deserve.

Unfortunately, for both aforementioned modes, loading becomes a serious issue in-between activities. Specifically for MyPlayer, you can experience load screens that top one minute, something that is absolutely unforgivable. This would not be as frustrating if the loading only took place once every blue moon, but that is not the case. You run into a loading screen at what seems like every five minutes outside of a game, which can become immensely frustrating very quickly.

Online has never been a huge draw in sports games, with innovation for the mode at a minimum on a yearly basis. That persists this fine year of 2014, as the online not only has seen no real improvement, but also has become slightly worse.  Before beginning a game against an opponent, you do get a quick scouting report of their play style, which helps you build your own game plan. That game plan falls apart once you realize that participating in a one-on-one online game is borderline unplayable. The amount of input lag between your button presses and the actions on-screen is truly astonishing. As I previously mentioned, hitting a shot requires some very precise timing, timing that is impossible to perfect online. This leaves the online as a surprisingly awful feature hidden within an enjoyable game.

If you play multiple sports games every year, you know they are known for their terrible UI (menu system). Since NBA 2K15 is not published by EA Sports, it does not feature the patented slow design that you will find in their games. While navigating NBA 2K15’s menus is slightly confusing at time, it does move very quickly and look impressive. This is a very small thing, but something all sports games should begin working towards.

Despite the disappointing online issues and insane load times, NBA 2K15 is still a very impressive video game. It does so many things correctly and builds upon pre-existing features in all the right ways. Visual Concepts has managed to make the standard MyPlayer and Association modes into something brand new, which is a task no other sports game has achieved. Because of that, the impressive visuals, and the same enjoyable gameplay, it is easy to imagine NBA 2K15 taking the Best Sports Game award at the end of the year.