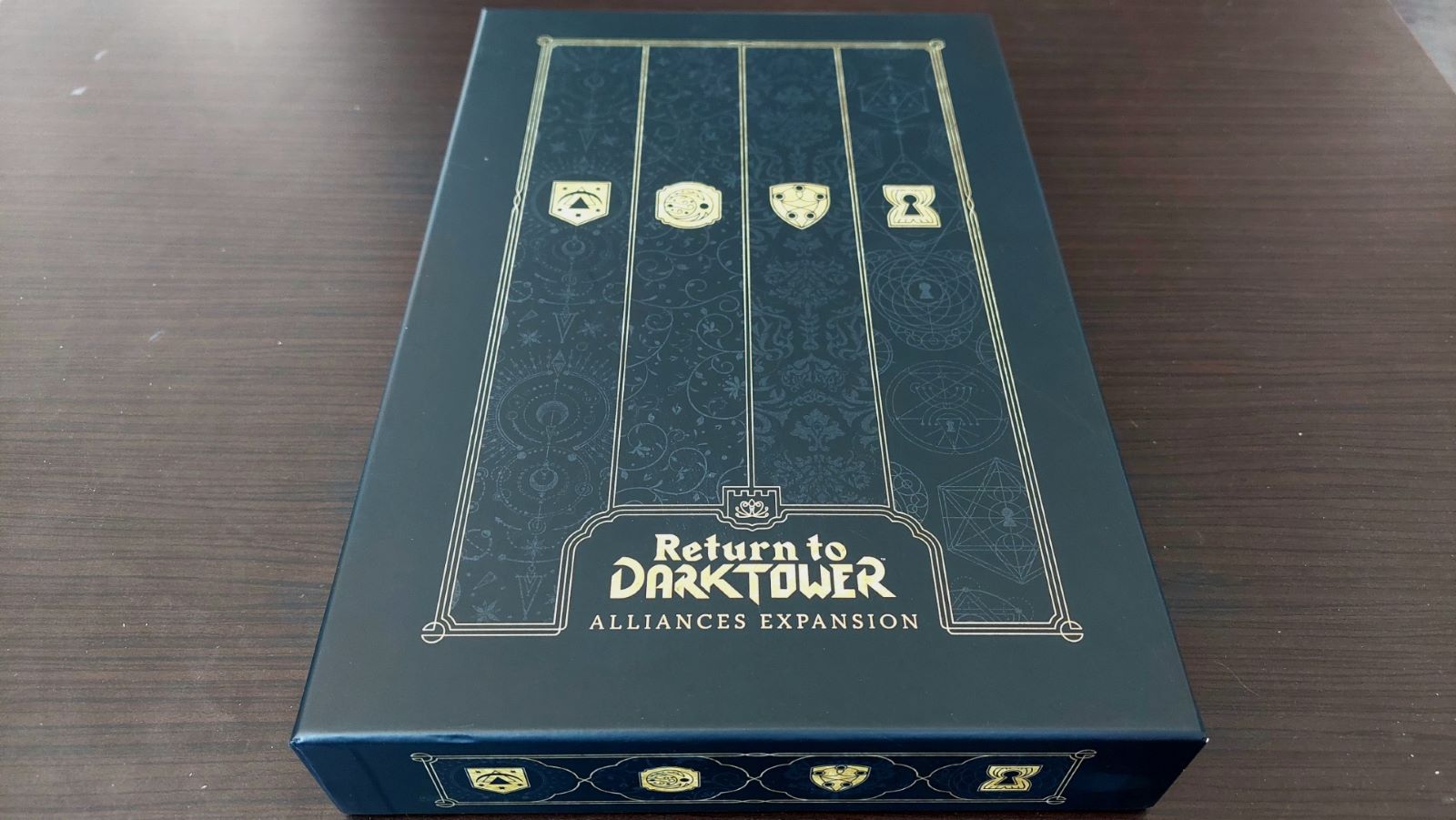 “Those shady tenants… they… their litter grows more poxed every day, inflicting grave disease on any who tread near!”

“The Nerve! I knew we never should have rented that stupid tow-”

“They’ve been spreading rumors, tarnishing our name. And worst of all! the guilds actually believe them, they’ve turned against us!”

I gave RTDT a great score, but not a perfect score. Minor issues regarding replay value and awkward difficulty scaling held it back. Using the same four heroes each game got a little stale, Single player games were too easy, and four player games were too hard. Thankfully, the Alliances Expansion addresses these issues beautifully.

For the sake of spoilers, I’ll avoid going into too much detail. The Alliances Expansion adds two new heroes, 20 new treasures, and 12 new companions! Also, four different types of skulls dubbed, “power skulls,” a new resource called, “influence,” and four guilds, each with one variant side. 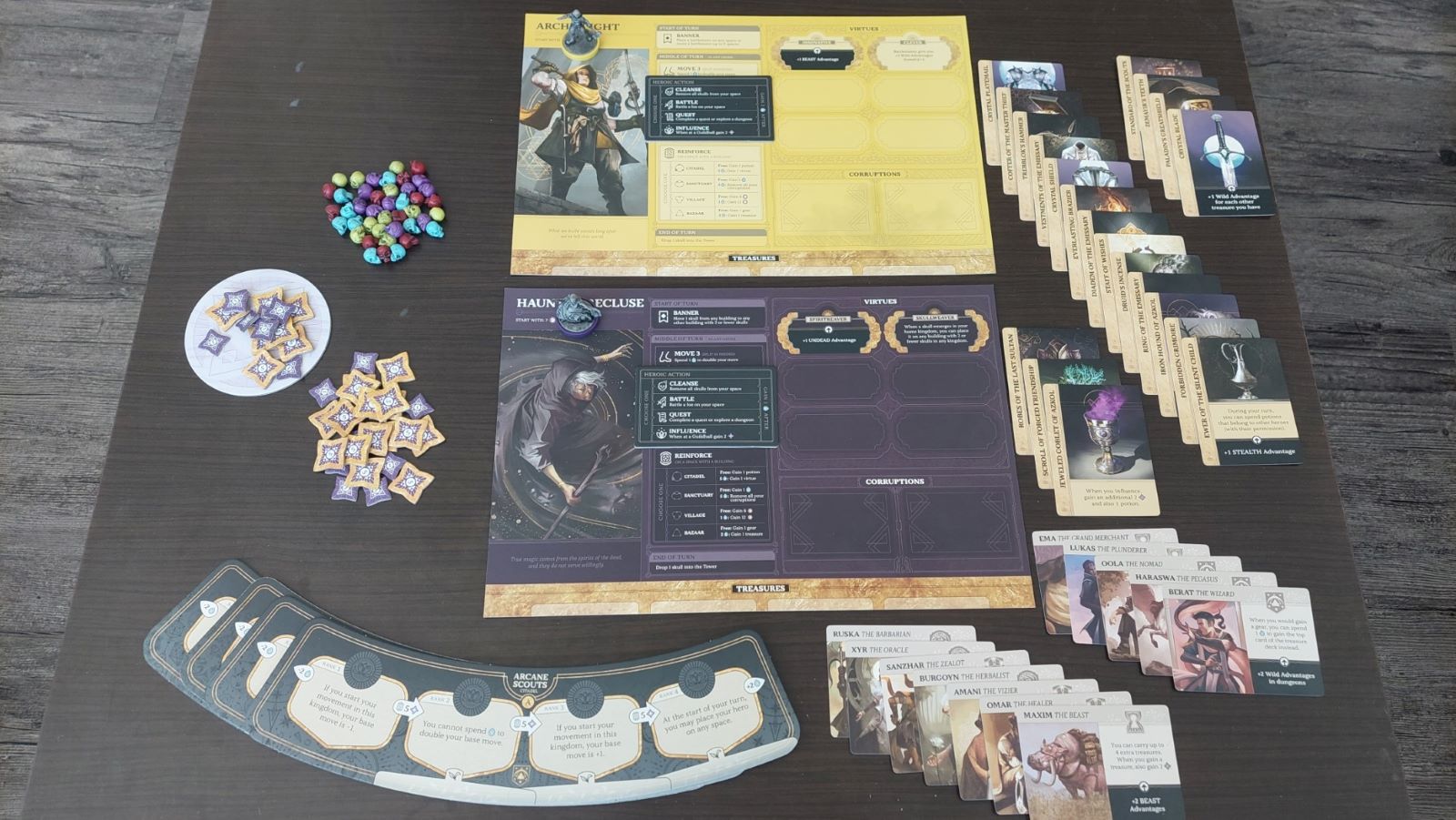 Power skulls trigger nasty effects when a player moves into a space occupied by one, otherwise, they function like normal skulls. At the start of each game, kingdoms are assigned one guild each and players decide which side to use. As a heroic action, players can gain two influence while at their guild hall, denoted by which guild they have. As a reinforce action, players can spend five influence to level up their guild, three times each, and eventually turn their guild into an allied powerhouse. Although, at first, each guild causes negative effects to heroes in that kingdom. Each guild has three companions attached, one to each guild level above one, which are obtained by increasing their guild to their respective level.

Most Importantly of all, Alliances adds the very best boy. 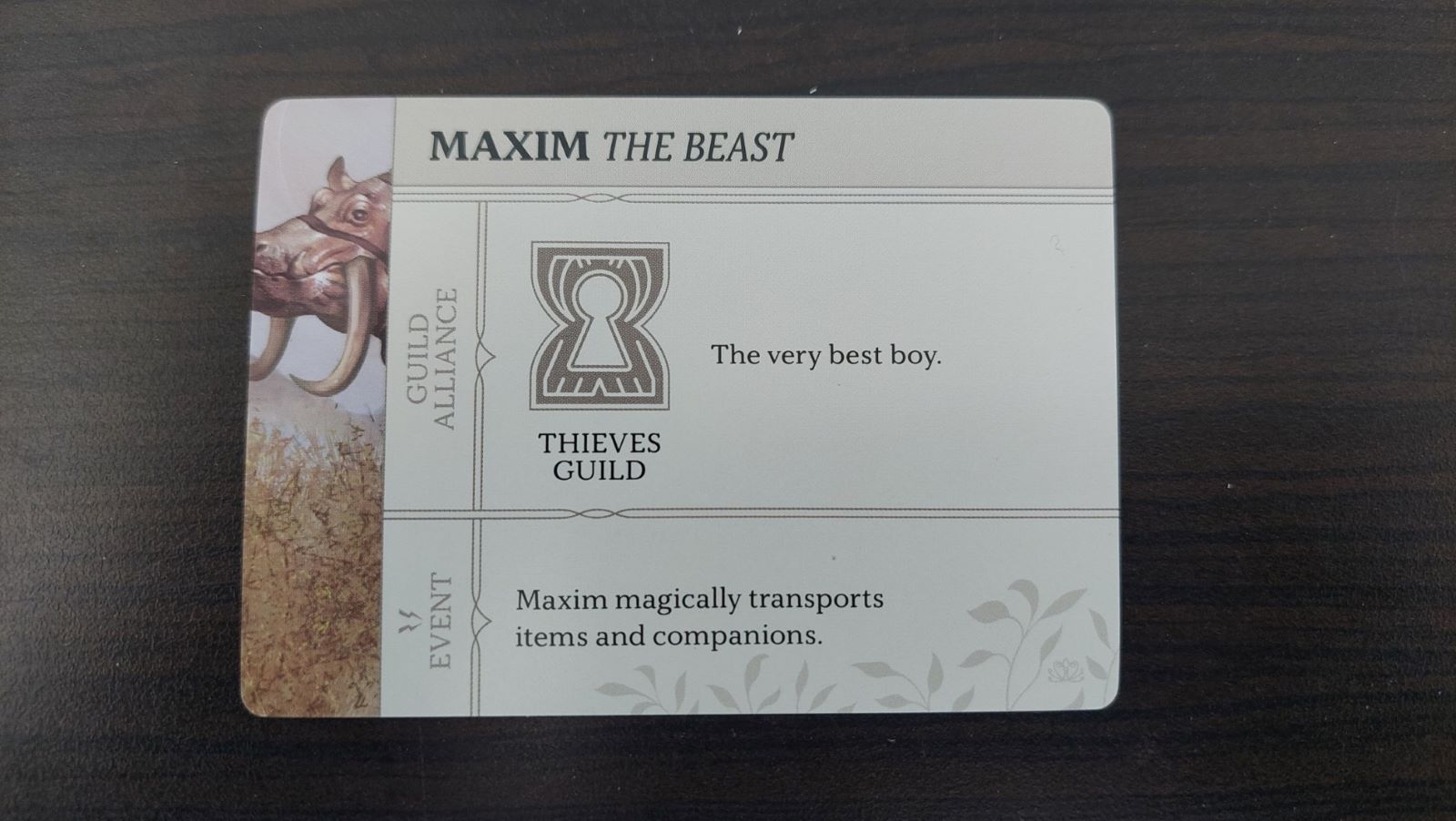 At first, the power skulls and initially deleterious guilds seem to add even more challenge to RTDT, potentially making the game even harder, but I did not find this to be the case. While the game is more challenging at first, leveling up guilds unlocks powerful new companions and guild powers. Also, being able to take a heroic action, and receive two spirit every turn is almost guaranteed thanks to the new influence action. Some of the new treasures are crazy good too. Most importantly, the variation added by both new heroes and the two sided guilds gives players much more control over difficulty when setting up a game. With careful planning, a four player game can now be made moderately difficult rather than extremely difficult, and single player games can provide a decent challenge. 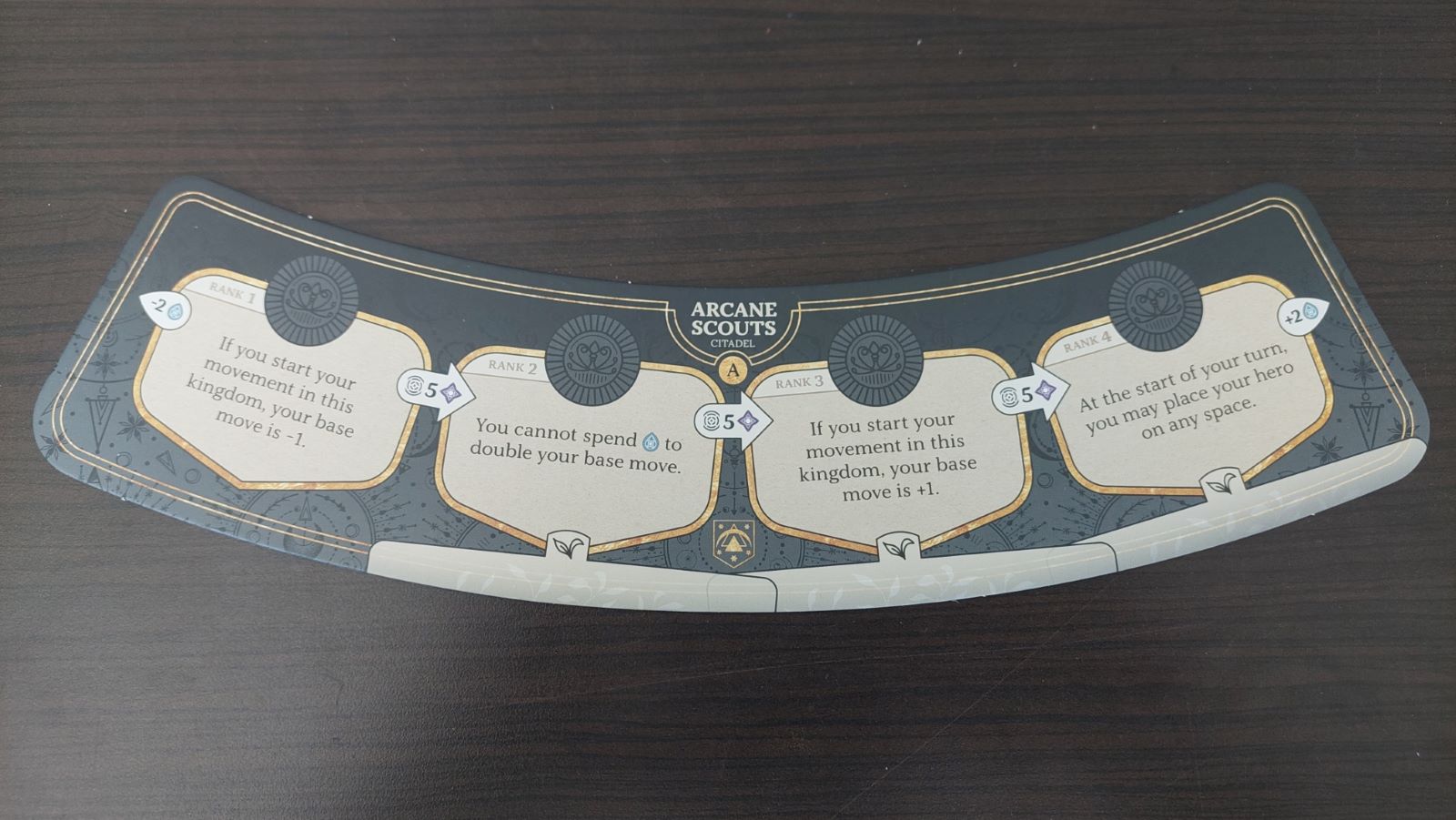 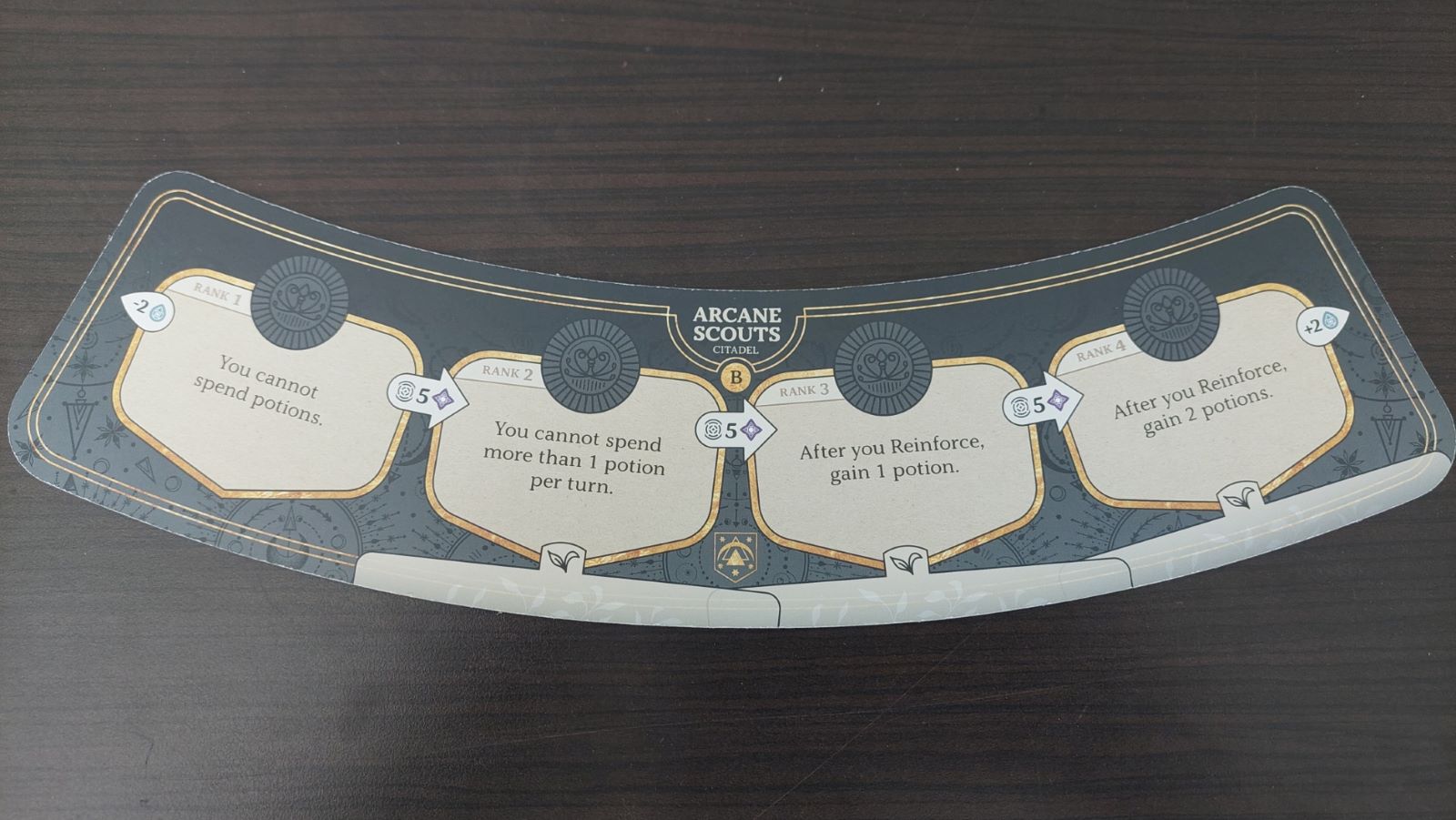 Alliances also exaggerates the most interesting aspects of the competitive mode. The harder start provided by the guilds and power skulls creates greater necessity of cooperation in the early to mid game, while the powerful new companions, treasures, and guild powers facilitate greater independence and safety in the end game. However, the increase in variation can also create greater power imbalances between players. It’s not perfect, but Alliances allows the competitive mode to function much smoother.

Overall, the extra freedom and new stuff provide an excellent gust of fresh air, making an already great game even better. Alliances is a must buy for any RTDT fans. Now get evicting!

Ellis is a fledgling table top hobbyist with a passion for finding and sharing novel experiences. Always on the hunt for a good laugh or competition, Ellis hopes to draw deserved attention towards any conduit of positive memories, small enough to fit on a table.
Related Articles: Return to Dark Tower: Alliances Expansion, Tabletop
Share
Tweet
Share
Submit