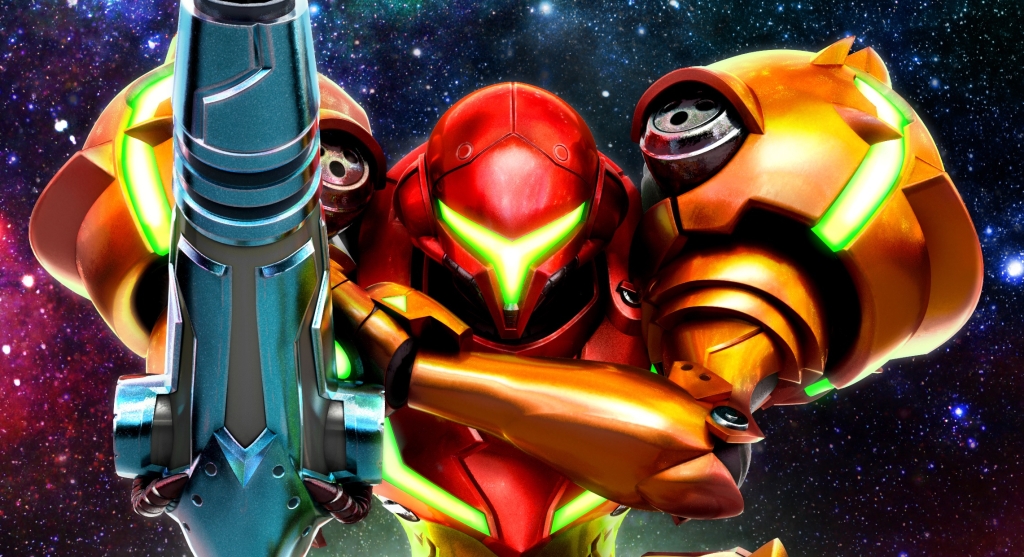 Castlevania and Metroid created the subgenre mashup Metroidvania, but it was the latter that captivated my young gamer mind more than any other. It was a feast as a new Metroid game came year after year. The shift to 3D in Metroid Prime spelled renewal, taking the familiar world of Samus and opening it up with four amazing titles. Shortly thereafter, Nintendo handed over the reins to developer Team Ninja, who handed in a solid action game that just didn’t quite scratch the Metroid itch. Nintendo (via developer Next Level Games) chased that title six years later with the painfully bad 3DS title Metroid Prime: Federation Force. It was with a heavy heart that realized that a series I’d loved all my life was likely dead.

I cannot begin to express my elation at Nintendo’s announcements at E3 2017.  With not one, but two Metroid titlesn on the way, and I was excited to see the series return to its 2D roots for the first release. Now my only fear was that, after nearly a decade and a half of waiting for a proper 2D Metroid title, my expectations might be too high.

Metroid: Samus Returns treads on familiar ground featuring the same plot as the original Game Boy title, Metroid II: Return of Samus. It’s fitting, as it is a return to the basics of what Samus is at her core – a bounty hunter. Dispatched by the Galactic Federation, Samus Aran is tasked with the simplest of missions – race to the Metroid home planet of SR388 and exterminate every single one of them, once and for all.

Joined by Nintendo veteran Yoshio Sakamoto-san, the team at MercurySteam built Metroid: Samus Returns. (MercurySteam, as an interesting tangent, is responsible for the Castlevania: Lords of Shadow trio of titles on console and 3DS.) The team was tasked with building something more than a simple remake of Metroid II, and the evidence of that objective is present in every aspect of Samus Returns.

Clearly, one of their objectives was to brighten up Metroid, and they have succeeded without breaking the look and feel any fan would expect from the series. As a result, Metroid: Samus Returns is easily one of the best-looking titles on Nintendo’s flagship handheld platform. Using perspective and zooms to create cinematics, Samus, her foes, and the environments of the subterranean nature of SR388 have never looked better.

There are a lot of improvements, both minor and major, under the hood with Samus Returns. The first and most obvious change from the game’s Metroid II roots is the addition of a Free Aim system. In Metroid II, Samus couldn’t aim at an angle, but here she can aim in a complete 360 degree arc. Better still, Samus made a stop at the Bounty Hunter accessory shop, strapping a laser sight to her series-staple Arm Cannon. When the action gets a little close for comfort, she can also bash her foes in their faces with a blisteringly-powerful melee strike – another new addition for the series. With a nod to other Nintendo titles, this melee strike can also be used to deflect enemy attacks with a well-timed press of the X button, to which Samus automatically takes aim at her attacker for follow-up shots.

In point of fact, Samus is quite a bit more “hands-on” than in previous games. In a more cinematic fashion, she will now leap atop her foes and blast them with charged shots. Downed foes can also be tackled in a similar way, crushing them with a lethal finisher. If any of these attacks sound familiar, then you likely played Metroid: Other M, as they appeared there as well. Now, they are fully integrated into the lore and arsenal, and to great effect.

Beyond the Chozo upgrades you might expect from the typical Metroid formula (though Grapple and Charge beams, Super Missiles, Power Bombs, and the Gravity Suit did not appear in Metroid II), Samus Returns provides an entirely new path via “Aeion Orbs”. These new powers provide several new abilities and utility items that come in handy for exploration and combat. The Phase Drift slows time around Samus, which is used in puzzle solving as often as against foes. Beam Burst unleashes a torrent of firepower, which comes in handy when you are feeling overwhelmed. Lightning Armor does exactly what you might expect, providing an energy-based shield for Samus, but it also grants some specific immunities that allow for additional exploration. To assist in that exploration, there’s also a new Scan Pulse ability that reveals hidden blocks and map locations, of which there are many. The ability to drop pins onto the map is a welcome addition. After just a few hours with Samus Returns, it was clear that while Metroid II may have served as the foundation, Samus Returns is an entirely different beast.

Familiar powers will be used in new ways.

There are a few much-needed quality of life improvements in Samus Returns. Backtracking is a staple of the Iga-Vania and Metroid titles, but it’s also one of the largest complaints fans have for the series. Here, Teleport Stations allow you to revisit areas of the game quickly without needing to backtrack through large swaths of cavernous areas. Similarly, checkpoints and save stations are dotted throughout the landscape, ensuring that when you die (and you will) you won’t lose large swaths of progress.

Ultimately, Samus has one main mission – destroying 40 of the titular creatures. That said, it isn’t long until you discover the Chozo seals. As you take down Metroids, you’ll collect DNA that can be uploaded into these massive seals, draining the caustic purple liquid that halts your overall progress. The team has done a fantastic job of creating the illusion of choice and open world by allowing you to collect most things in any order (and it is an illusion – you will need the ice beam, or bombs, or other collectibles to progress through certain areas), making the game feel fresh and new.

If this sounds like a bit of a love letter, it is still underselling just how fantastic Samus Returns has turned out. Stunning animations, a fantastic soundtrack, and awesome cinematic moments come together to remind us of the amazing roots of this series, while updating it for a fresh audience. Metroid: Samus Returns is one of the best Nintendo 3DS games of all time, and I cannot recommend it highly enough.

Ron Burke is the Editor in Chief for Gaming Trend. Currently living in Fort Worth, Texas, Ron is an old-school gamer who enjoys CRPGs, action/adventure, platformers, music games, and has recently gotten into tabletop gaming. Ron is also a fourth degree black belt, with a Master's rank in Matsumura Seito Shōrin-ryū, Moo Duk Kwan Tang Soo Do, Universal Tang Soo Do Alliance, and International Tang Soo Do Federation. He also holds ranks in several other styles in his search to be a well-rounded fighter. Ron has been married to Gaming Trend Editor, Laura Burke, for 21 years. They have three dogs - Pazuzu (Irish Terrier), Atë, and Calliope (both Australian Kelpie/Pit Bull mixes).
Related Articles: Metroid: Samus Returns
Share
Tweet
Share
Submit