Studio Massive Damage (well known for Halcyon 6) presents a roguelite tactical RPG that takes place during an interplanetary rebellion against an overwhelming force known as the Imperium. In Star Renegades, it’s your job to navigate the lands while leading a squad of rebels, fight AI-driven robots and collect data/occupy bases for your cause. Star Renegades uses a reactive battling system that emphasizes interrupts and counters. While you level up your characters your enemies evolve and move up in the Imperium ranks as well. Couple this with high health and shields even the most experienced gamers might be intimidated. When I say this is a challenging game, I don’t mean that lightly. Fortunately death is not the end for you in the game! In this hapless situation, another team from the rebellion takes over their beloved colleague’s mission and carries on. 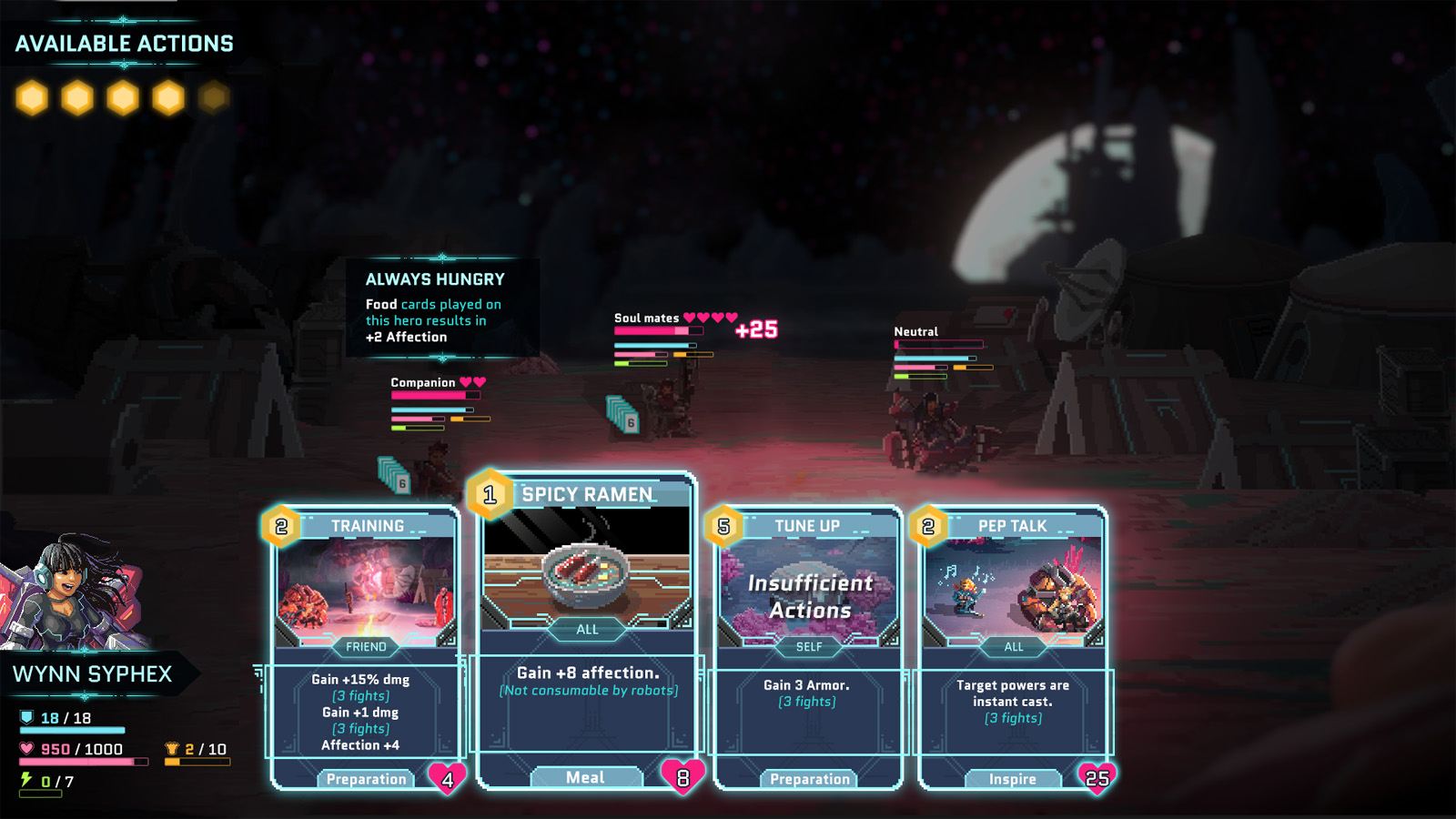 Through winning missions, killing enemies, and venturing into the beautiful lands in Star renegades you can unlock, trade, and upgrade your rebels with a plethora of gear, loot, and weapons. You must keep an eye out while surveying the territory for chests while collecting DNA samples from buildings scattered throughout. What I appreciate about Star Renegades is the easy-to-understand menu system which displays your characters’ weapons, armor, and attack specials. The missions (which are to honestly stay alive) take place during the day, during the night you set up camp which is where all the good stuff happens. While camping you can use items gained in the field to heal your team, power up, or gain higher “friendship” levels before continuing the next day. I say “friendship” because this can lead to romantic bonds, which can give you vast power ups and team combo moves during battle. This game spans over multiple generations, as some team members die more come into play, and this includes offspring of previous characters. This game includes 13 hero classes, all having distinctive powers and abilities, which includes more than 45 unlockable characters to join the rebel cause.

With these unique characters comes just as many noteworthy enemies, including 30+ enemy classes, on top of six Behemoths –  all ready to crush your fighting spirits. A place you will find to be very beneficial is the Imperium Throne Room… this is where you can view details on the Imperium Hierarchy and all the currently known Leaders, Behemoths, and Adversaries. Every once in a while you will be brought here to observe events, such as promotions, deaths, introductions, within the Imperium. It very much resembles the Nemesis system from the Lord of the Rings games 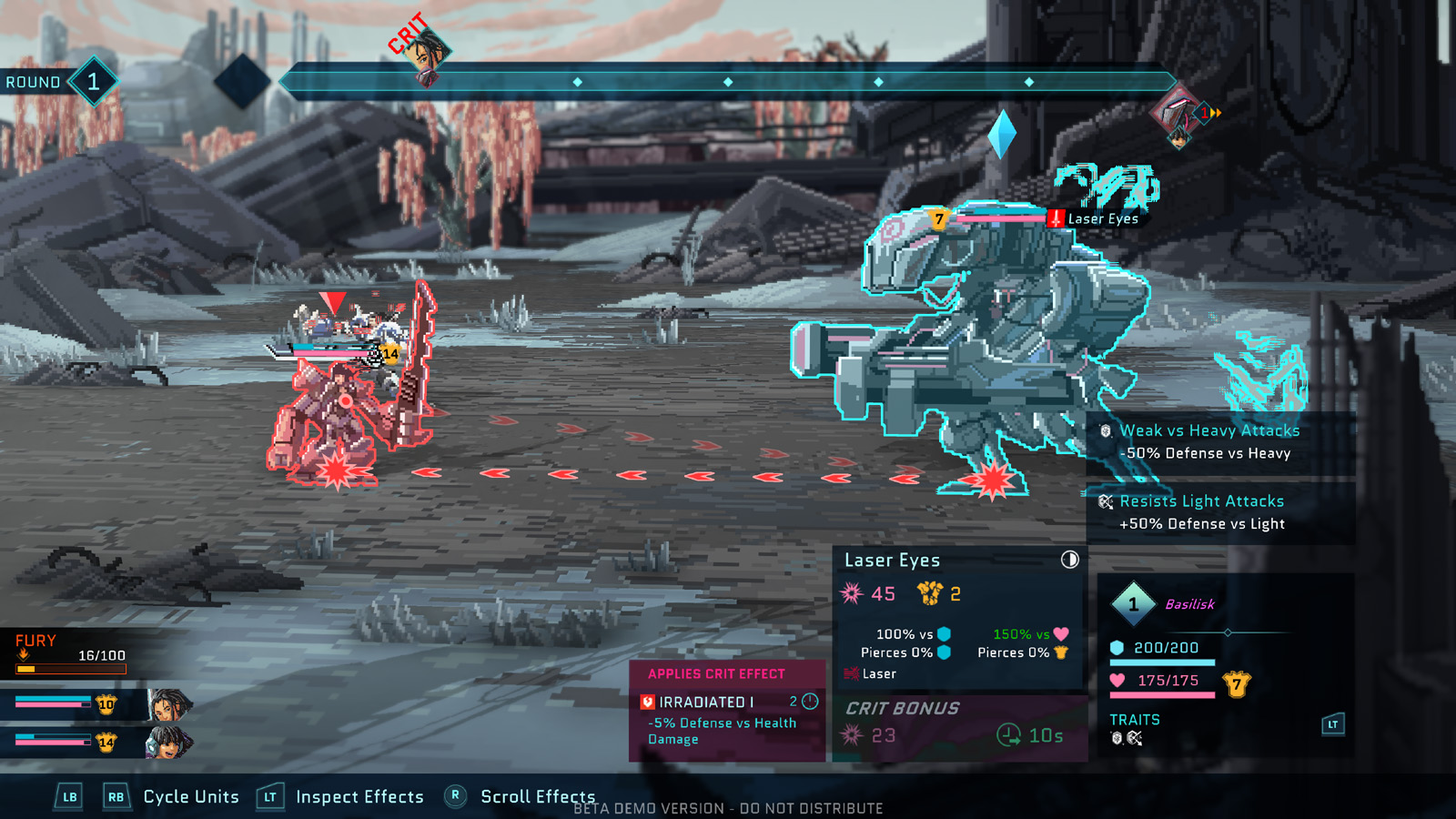 Now, let’s talk about some hand to hand combat with these baddies shall we? Combat in Star Renegades is telegraphed, meaning you can see what your enemy will do before they do it, which allows the gamer to defend, critical hit, stagger, or break them. To gauge a person’s current condition you have three status bars — shields, health, and armor as well as any status effects above those bars. Once a battle is over, shields regenerate, but health and armor have to be reinforced during camping or from chests found during your mission. Just remember getting critical hits and chain staggers are the key to defeating your foes and pushing you into the next round. If the nuances of this battling system aren’t stressful enough, there is also a countdown clock during your missions. Another thing that adds some spice to this game is the inability to explore the whole map, due to collapsing bridges and obstacles. 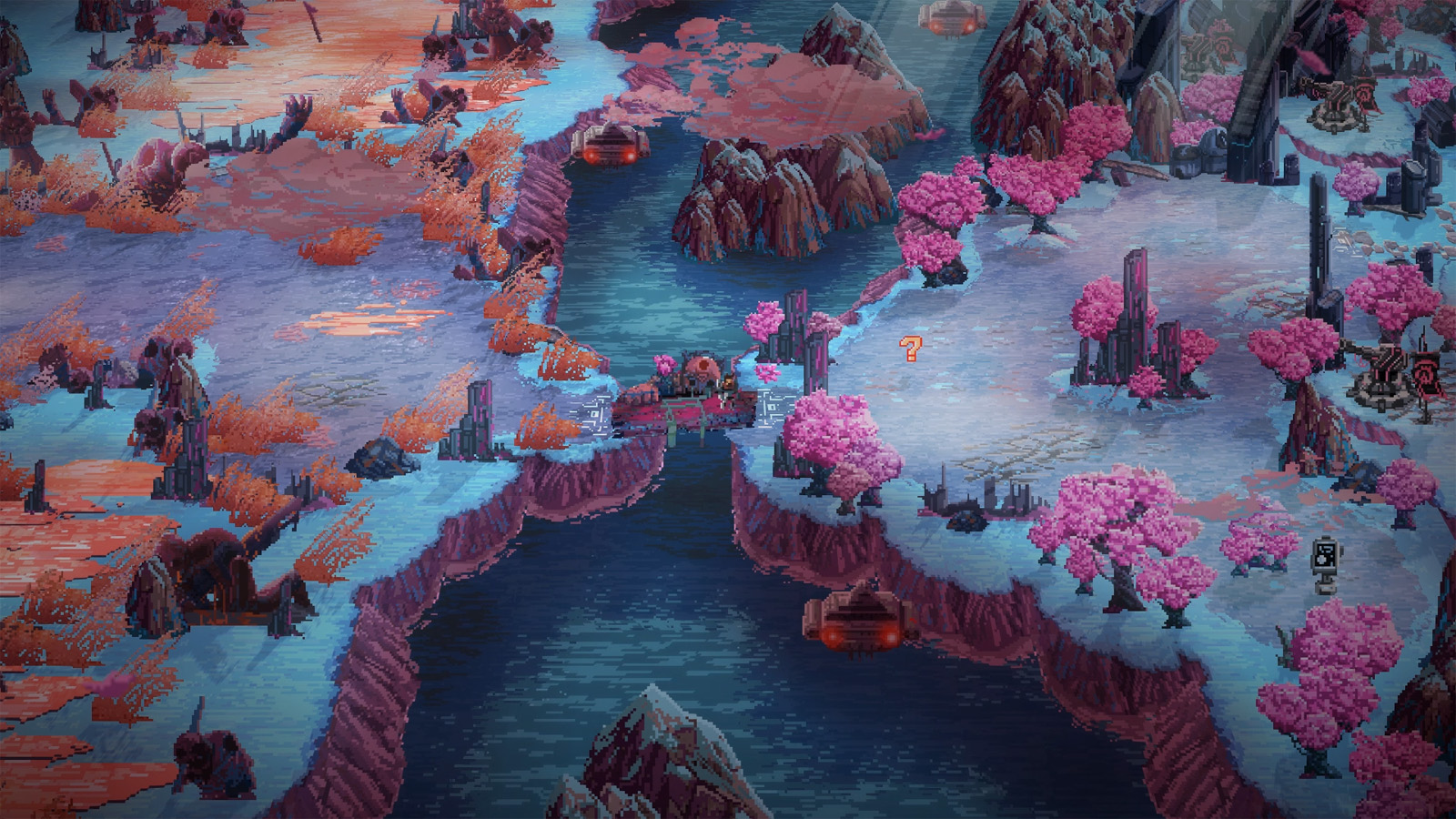 Apart from the distinct RPG-Rogue monster hybrid battle structure, the most prominent thing about this game is the entirely new art style called 2DX (as you’ve probably guessed X stands for extreme). The method of this art style consists of the 2D art being popped into a 3D space giving it more dimension than the classic pixel look. This art style is delightful due to the vibrant colors, depth, and fluidity that it brings. Some of the more enthralling locations are the cantina, ruins, and the dungeons, but honestly, all the landscapes are alluring. Every single dimension and playthrough is a unique experience, with gameplay affected by every in-game decision and battle outcome. Missions and level layouts are procedurally generated, again giving this game a one-of-a-kind experience. For a frame of reference this colossal world you have the privilege to fight in, there are over 50 handcrafted maps with boundless variations sprawling over 3 diverse planets. Star Renegades is a one of a kind game that will be just as good the 100th playthrough as the first.

Star Renegades will be released on PC September 8, 2020 and is planned for a later release on Xbox One, PlayStation 4, and Switch.

Star Renegades is a perfect hybrid of a tactical RPG and roguelite battling system, with easy to comprehend mechanics. As you level so does the enemy, making the threat ever increasing and prominent throughout the whole playthrough. The unique maps with boundless variations sprawling over three varying planets will keep you coming back for more. The breathtaking visuals are more than enough reason to play this game and fight against the Imperium!

Gaming Trend Podcast hostess with the mostest. Erica has overseen many podcasts with great success, in her spare time she loves to cover conventions and travel. While see loves all video games she has a special place in her heart for retro gaming.
Related Articles: star renegades
Share
Tweet
Share
Submit