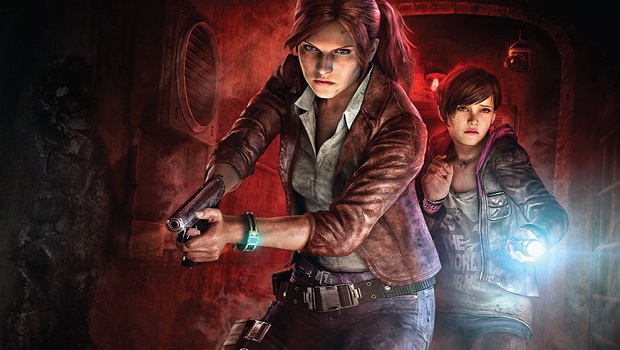 Resident Evil Revelations 2 is a breath of fresh air for a franchise that has had an unfortunate rocky decline lately. Over the course of 4 episodes, Revelations 2 kicks off with a promising start in Penal Colony. The second and third episodes, Judgement and Contemplation run into a few questionable story segments but keep the suspense on high level and finally the fourth episode, “Metamorphosis”, wraps everything up in a pretty spectacular and satisfying way. There are some problems throughout, but those are easily overshadowed by the overall package.

If you’ve never played the original Revelations, fear not. Revelations 2 is a self-contained experience that does rely on past Resident Evil history to tell its story, but won’t ruin your experience if you’re new to Revelations or the series in general. If you are a longtime fan, however, you’re in for a treat. Revelations 2 not only puts together two classic Resident Evil protagonists in the form of Claire Redfield and Barry Burton, it also ties a few loose story ends brought up in RE5 while adding a slew of new unanswered mysteries.

Claire Redfield and Moira Burton star in the first half of this story arc as they’re kidnapped by an unknown organization and wake up in an abandoned prison located on an island which seems to be run by a woman known as the “Overseer”. The second half stars classic Resident Evil alumni Barry Burton in search for his missing daughter, Moira, and he teams up with Natalia Korda; a mysterious girl who eventually becomes a much bigger part of the story. There’s good chemistry in both scenarios but it’s the Barry and Natalia relationship that steals the spotlight and really drives home the father/daughter symbolism that ends up becoming the most memorable aspect of the story. As a father who’d do anything to save his missing daughter, while also building a bonding connection with Natalia in the process, Barry is given one of the best character developments in Resident Evil history.

The game’s best asset is also it’s biggest problem. Unlike the gun-and-run nature of RE5 and 6, Revelations 2 takes a very smart and awesome approach to co-op that may be one of the defining factors of Resident Evil games in the future. In each chapter, one character does all the shooting and the other plays the role of support and backup. Moira can shine her flashlight at enemies’ eyes to blind them so Claire can move in for the kill while Natalia is able to sneak around enemies and detect where enemies are located. Natalia’s “supernatural” abilities change up the gameplay dramatically as she can point out where invisible enemies lie for Barry to shoot or reveal the weak spot in other enemies for a one shot kill, saving Barry’s scarce ammo in the process. Switching between characters at the push of a button is a snap and very fluid.

This makes the teamwork aspect between the shooter and supporter a crucial part of Revelations 2. Unfortunately, the lack of online multiplayer really hurts the game as you realize just how much more enjoyable this could’ve been if you could partner up with a friend online and work together. There is offline co-op available in split screen, and I strongly recommend playing the game this way as it adds so much more to the experience, but the lack of online co-op in 2015 is unacceptable, especially for a game designed around teamwork.

Completing each of the four episodes will take you an average of 2 to 3 hours. That is not a detriment to the game as a whole with 4 action-packed episodes and plenty to do in each. Claire and Moira’s section on the final episode, “Metamorphosis”, ended abruptly and barely had any content. I played through it at a regular pace but this chapter was over at almost 45 minutes. It felt extremely rushed, but Barry and Natalia’s chapter, which followed immediately, more than made up for it with an excellent end to to the episode and the game as a whole. If you’re a Resident Evil fan, you will love the ridiculousness of the game’s final moments, as is tradition in the series. The fourth episode’s length isn’t a major issue if you look it as part of an entire game, but as a single paid episode, it’s a problem.

On the game’s length, finding things to do once you complete the main story won’t be an issue. Revelations 2 has more extras and post-credits content than expected. Countdown and Invisible modes offer a huge incentive to replay every episode numerous times and there are two extra “mini” episodes you can play after the main campaign which reveal key plot points and more details on Moira and Natalia. However, it’s the new “Raid” mode where you’ll spend most of your hours long after you’ve had enough of the campaign. It’s similar to what we’ve seen before in Mercenaries with RPGs and customizable elements added into the mix. There are several characters to choose from and each can be leveled up, unlocking new items and weapons to take into battle and survive waves of enemies which become tougher and trickier to deal with as your character progresses in rank. Raid mode is a great example of what we can expect from Resident Evil moving forward.

When all is said and done, Resident Evil Revelations 2 takes the franchise in the right direction. There are plenty of suspenseful set pieces to keep you entertained throughout the entire game, and the focus on teamwork is refreshing. It’s just a shame about the lack of online co-op. As a survival horror game, it doesn’t add much to the genre but as a Resident Evil game, it changes up quite a bit of things to keep the series fresh and relevant, which is something it desperately needed.