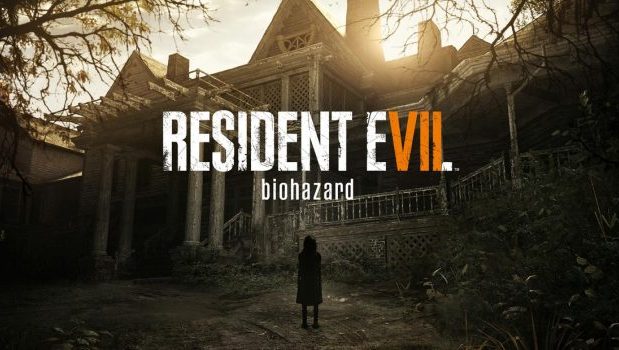 Resident Evil 7 is simultaneously the biggest departure, and the most classic addition, that the iconic horror series has seen in a long time. It is at times more modern and new, telling a different kind of story with its own unique approach, and yet Resident Evil 7 is still very much grounded in the franchise’s origins. But perhaps the most important takeaway from Resident Evil 7 is in how it spectacularly places horror at the forefront for the first time in over a decade.

And oh how terrifying Resident Evil 7 can be.

Dropping the more action-oriented focus of the series’ most recent installments in favor of returning to its survival-horror roots, Capcom takes the franchise in new directions with its first-person perspective and non-zombie antagonists, all the while retaining familiar gameplay elements from Resident Evil’s earlier days. Thankfully, this refocused approach pays off wonderfully, as Resident Evil 7 excels at building an unsettling mood of fear and helplessness that lingers throughout most of its 8-10 hour campaign.

Resident Evil 7’s notable transition to first-person is perhaps its most significant contribution to its own powerful sense of horror. This new perspective creates an incredible presentation in which the lack of peripheral vision means that you can never tell if you’re alone while cautiously navigating through the Dulvey plantation. This view grants a more up-close-and-personal look at the ramshackle hallways of the Baker home, while also giving players a greater level of detail with which to admire and avoid the terrors within. Shadows cast against dimly lit walls are particularly distressing as it’s not always discernable whether they come from you or a lurking enemy nearby; I can’t remember the last time I played a game so meticulously that I closed every door behind me, just to minimize the possibility of danger from behind.

Heightened levels of fear can also be attributed to its excellent sound design. Resident Evil 7 boasts some piercing silences, helping to build tension and leaving players questioning the source of nearby noises. Creaks of floorboards and the clattering of nearby windows are equally disquieting and add to that feeling of never quite being alone. And in those moments where you do stop moving to see if the noises stop, it’s all the more troubling when footsteps can be still heard nearby.

Sneaking past the members of the Baker family leads to some of Resident Evil 7’s most tense moments. There’s far more to this eerie family than the unhinged hillbillies they seem like at first glance, and I enjoyed learning more about each of them as I explored the bedrooms and hallways of their rundown household. Jack, the patriarch of the Baker family, is the most straightforward threat, roaming the halls armed and ready to strike you when seen; Marguerite, the mother, comes across as diseased and severely mentally unstable; and Lucas, their comical and mischievous son, sets deadly traps in the hopes that unsuspecting intruders will meet their own demise. The Baker family marks a refreshing change from the clichéd zombies and over-the-top bioweapons of older Resident Evil games while still threatening enough to strike fear in players – some of Resident Evil 7’s most heart-stopping moments comes from turning a corner to run directly into one of the Bakers.

That’s not to say that the formula has entirely reverted back to its more subtle roots, though. While they’re less common than they have been in recent Resident Evil games, 7 does have the occasional ludicrous moment, such as mad scientist stories and ridiculous, glowing bosses. The game’s final few hours are particularly egregious, relying more on the brute strength of the protagonist than on the excellently crafted horror that drives the majority of the plot until this point. It’s not as in-your-face as the action of Resident Evil 6, and to discuss it in detail would spoil the plot, but the concluding moments throw wave after wave of enemies at you, and step away from the focus that made the first half so intriguing.

Ending complaints aside, this is still the most true-to-form that Resident Evil has felt in years. In addition to its emphasis on horror, plenty of familiar gameplay elements all make their welcomed return. Item-based puzzles, safe rooms, and item chests are just a few of the returning concepts that you’ll find throughout the 8-10 hour journey through the Baker estate. Limited resources, in particular, bring back that constant dread of never feeling safe or fully equipped to handle what lies around the next corner. Item combinations are back as well, all the while creating the mental struggle that comes from having to decide between crafting health or ammo. As far as reboots go, this is distinctly Resident Evil despite all of the more modern changes that 7 brings with it.

However, this also comes with some of the forceful limitations of older games, with item management being the most glaring example. As in classic Resident Evil games, only a small number of items can be carried at a time, making the decision between holding onto multiple weapons, ammo, health, or key items all the more difficult. This system is intentionally limiting as to ensure the player never feels overpowered, but I do wish that it had been streamlined a bit – if I’m carrying an empty gun in my filled-up inventory, why do I still need to return to an item chest to make room rather than just loading some found handgun ammo directly into my weapon?

These complaints aren’t enough to ruin what Resident Evil 7 does best, though. Resident Evil 7 is a fantastic return to form for this iconic franchise, placing the emphasis on what made the series work so well in its earliest days. A new first-person perspective makes it feel more modern, but this is still distinctly Resident Evil. Most importantly, though, an excellent presentation and atmospheric setting returns the series to its horror roots. Resident Evil 7 nearly crafts a perfect balance between fear and familiarity — I just wish it stuck the landing.

After traipsing more and more into the depths of the action genre, the Resident Evil series seemed like it was quietly cruising to its inevitable ending. With Resident Evil 7’s announcement, and its focus on VR compatibility, many assumed the new entry would be more gimmick than scares. Instead of meeting expectations, Resident Evil 7 delivers a tense experience unmatched by a game within the franchise since the PS1 days. Coupling the series’ famously disgusting enemy designs and a new first-person perspective has resulted in a terrifying but immensely satisfying experience.

It’s hard to play through Resident Evil 7 and not see a resemblance to some popular horror games released in the past five years, namely Amnesia and Outlast. It contains the grit and claustrophobia of Outlast combined with the hide-and-seek terror that blew up when Amnesia: The Dark Descent appeared. But RE7 puts its own spin on these mechanics with its combat and consistently satisfying narrative. Of course, there are still many puzzles that will have you finding multiple innocuous items to unlock a door, but that’s just the Resident Evil charm at work.

The early happenings of Resident Evil revolve around being abducted by a dark, decrepit family. While some horror films have used the family arch to fuel their narratives, such as We Are What We Are and Hollow Creek, few have been this dedicated to making the family thoroughly disgusting. Every single member has their own unique revolting love, and they all revolve around torturing the player, Ethan Winters, in some way. Even a simple gathering around the dinner table can elicit horrors that many video games can only dream of.

However, this can be said about a majority of Resident Evil 7. Its most notable thing isn’t the gunplay, first-person view, or well-crafted characters, it’s how that all coalesces in an actual terrifying experience. There was a situation early on that had my player character running from a member of the family throughout the house. I stormed through the door and wrapped around the corner to see a rather short hallway. As I approached the end, the door in front of me burst open and out came the hunter in question. Obviously, I was supposed to double around and run back where I came, but I was so caught off guard that I just turned my head from the TV so as to not be forced to look at the grisly design of the human in front of me. Then seconds later, Ethan was dead. Resident Evil 7 is downright scary, something that I never expected to say.

The character models match the uncomfortable atmosphere brought about by their actions, but the entire visual design of Resident Evil 7 is spectacular. On the PC version, the textures popped with vivid color when necessary, and nothing but drear at all other times. The different rooms within the home feel unique and are hard to confuse for one another, which is important as you try to deduce what to do in order to progress the story. As the story progresses, the environments around you begin to shift in some unexpected, fresh ways that keep the player entrenched.

While the transition to first-person play is a huge change, the combat will feel similar to anyone that has played a Resident Evil in the past. It’s unorthodox and loose in ways that make securing a precise shot very difficult. This has been a factor in the series since its inception, and has divided many fans on whether or not it’s an actually enjoyable way to go about combat. In RE7, the annoyances with it are few, but definitely persist in some of the boss fights that see you dodging your opponent and trying to pop off a specific shot. But for the most part, this is something easily looked over, and becomes less of a problem as the game continues on and you get weapons that don’t require as much precision as a pistol.

Despite having played a majority of the entries in the Resident Evil series, I haven’t held one in extremely high regard, similarly to how some hold Resident Evil 4. That is due, more than likely, to the fact that I came to the series late, and didn’t watch its evolution. Resident Evil 7 has become just that: my prized possession within the most popular horror video game series ever crafted. Its writing, setting, and implementation of the first-person mechanic go a long way to setting it apart from some of the products that it takes influence from. Resident Evil 7 gathered up all the horror concepts pushed in video games these past years, trimmed the fat, added its own spice, and produced one hell of an experience.

Resident Evil 7 feels as terrifying as it does modern, all while returning the series to its roots. It hits some familiar bumps along the way, but this is the best this series has felt in years.

Gaming Trend's resident amiibo collector, Matt's a lifelong gamer with a soft spot for Nintendo. As a new father, Matt often struggles to stay as involved as he has been in years past but can always be counted on to come back for some engaging geeky conversations. A resident of Philadelphia, he is currently working on building up his Man Cave with all things Marvel, Star Wars, and Video Games. As an old-school gamer, Matt firmly stands by his belief that gameplay will always be more appealing than story.
Related Articles: Resident Evil 7
Share
Tweet
Share
Submit