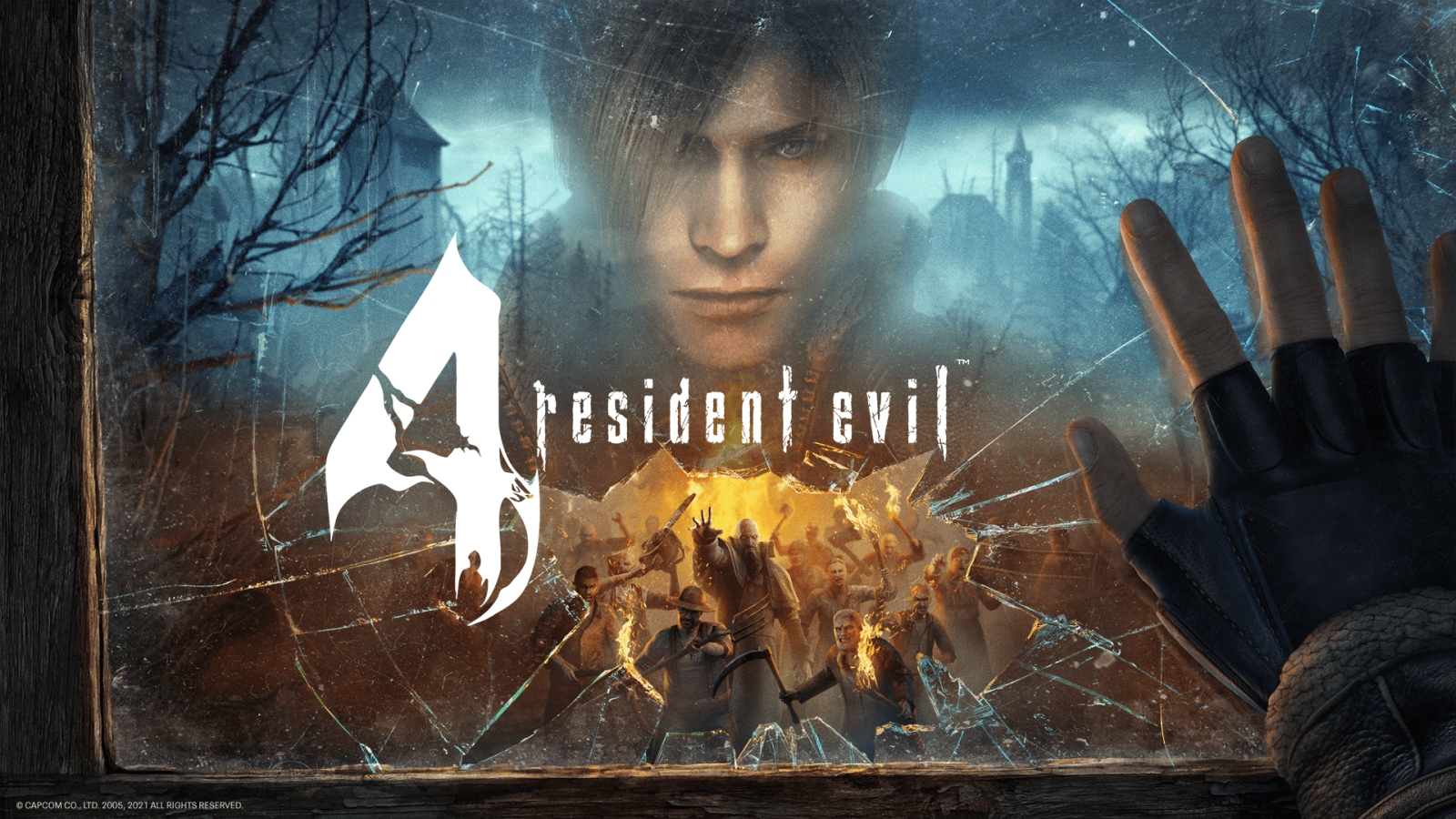 The “Only on GameCube” on the box of Resident Evil 4 has become one of the biggest lies in gaming. Granted, it was true for a while; about 10 months. This 2005 classic has been rereleased and ported to just about everything, from PS2 to Windows (twice) to the Zeebo to modern consoles (sans the Wii U) and, finally, the version we’re talking about today on the Oculus Quest 2. The game that redefined the third person shooter has now been converted to a first person VR experience, so will it be just as revolutionary or has Leon finally gone off to Bingo?

Resident Evil 4 puts you in the stylish leather jacket of Leon S. Kenedy, former Racoon City Police Officer and one of Resident Evil 2’s dual protagonists. Several years on from that incident, Leon now works for the President and has been tasked with finding the commander in chief’s daughter, Ashley Graham, after a mysterious kidnapping. In a rural village in Spain, he discovers that the kidnappers are actually part of a biological cult called Los Illuminados who intend on taking over the world with their Las Plagas virus. Leon and Ashley will need to work together to solve puzzles, defeat Los Illuminados, and cure their own infections before it’s too late.

While all previous versions of the game used an over-the-shoulder perspective, RE4VR is in first person with several methods of control. You can play seated or standing, with accompanying height adjustment for each, use normal locomotion or teleportation, and pick between immersive or quick select weapons. For reasons we’ll discuss in a bit, the optimal way to play is standing with normal locomotion, and either weapon swapping is fine really, but I prefer immersive.

Quick select provides a standard weapon wheel at the push of a button, with guns attaching to your hand while they are in use, while immersive places your loadout at certain parts of your body. Your knife is near your left breast (with new offset options for those possessing boobs), your pistol at the right hip, your long weapon (Shotgun, Rifle) is over your right shoulder, and finally your recovery items are over your left shoulder. When you need to reload your weapons, you’ll also find two ammo pouches attached to your left hip. Ammo is inserted into weapons realistically too, which is a nice touch.

With the introduction of VR, how you play RE4 has changed a lot. You can now move while aiming (this can partially be turned off), allowing you to dodge attacks easily if you’re paying attention. Aiming and shooting with your hands instead of an analogue stick also makes it much easier to land headshots, and thus one of Leon’s incredibly damaging kicks while the Ganados are stunned. Even if your headshots and kicks don’t kill them, you can simply pull out your knife with your off hand to finish them on the ground while you bank more bullets in brains. This, along with what I feel like is a surplus of ammo and no need for a long range weapon, makes the game a bit too easy. That may be fine for some, I do enjoy the more action and spectacle oriented REs like 5 and 6, but the original version of 4 struck a perfect line between schlocky action and survival horror on a first playthrough.

That is to say, the game is too easy… when you’re playing with the controls as described above. I hope you’re not prone to VR sickness like me (still getting my sea legs… virtual legs? V-legs?), because using the teleport option makes the game exponentially more difficult. Avoiding damage in RE4 is about being prepared to move before the attack even starts, and trying to aim where you want to go delays that process far too much. Not only that, you also often need to reorient yourself after a teleport and turn back to the Zombie mob that is actively trying to chainsaw your head off. It may be a bit of a stretch, but I would almost call the teleport mode unplayable because of this. Case in point, in my gameplay footage above you can see me struggle with a combat encounter pretty early in the game. A day after that was recorded, I switched back to normal locomotion and blasted through it in a minute or two. The difference in the playing field here is staggering, and teleportation would need assists like a slowdown while aiming your next jump to be viable. Shocking, I know, but this game from 2005 was not made with VR in mind. 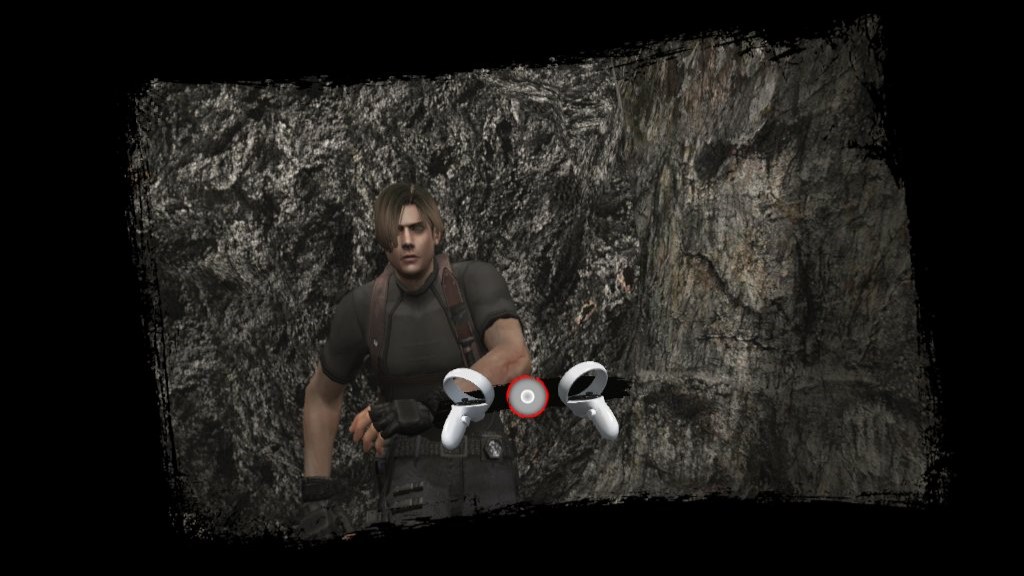 When everything is working as intended, Resident Evil 4 is a joy to play in VR. It can feel like a fight scene in the Matrix but without the slow motion. You can pop off a headshot, roundhouse kick a dude, then start knifing him on the ground while you throw out your pistol and swap to a shotgun to take care of the entire group behind him. I’m not great at Resident Evil 4, but I imagine playing the VR version feels like how high level players feel.

I haven’t mentioned it yet, but yes, this is the full Resident Evil 4 campaign with all the areas, bosses, and corny cutscenes (which are sadly presented in a movie screen-like format). I believe this is also the first time the game has had full subtitles for dialogue. It’s not entirely complete yet, however, with the game only recently receiving the Mercenaries arcade mode and still missing side campaigns like Assignment Ada. Still, if you can tolerate the VR sickness, even with technically less content Resident Evil 4 is just as excellent in VR as anywhere else. (Except on the Zeebo.)

Resident Evil 4 is a fantastic game no matter what you play it on, but the jump to VR has a few issues. The controls feel good in a vacuum, but certain options will make the game exponentially harder. If you’re someone who doesn’t get sick in VR, this is one of the best titles on the platform. If you do get sick, however, stick with the 2D versions.

David is the kind of person to wear his heart on his sleeve. He can find positives in anything, like this is a person who loved Star Fox Zero to death. You’ll see him playing all kinds of games: AAAs, Indies, game jam games, games of all genres, and writing about them! Here. On this website. When not writing or playing games, you can find David making music, games, or enjoying a good book. David’s favorite games include NieR: Automata, Mother 3, and Gravity Rush.
Related Articles: Resident Evil 4
Share
Tweet
Share
Submit