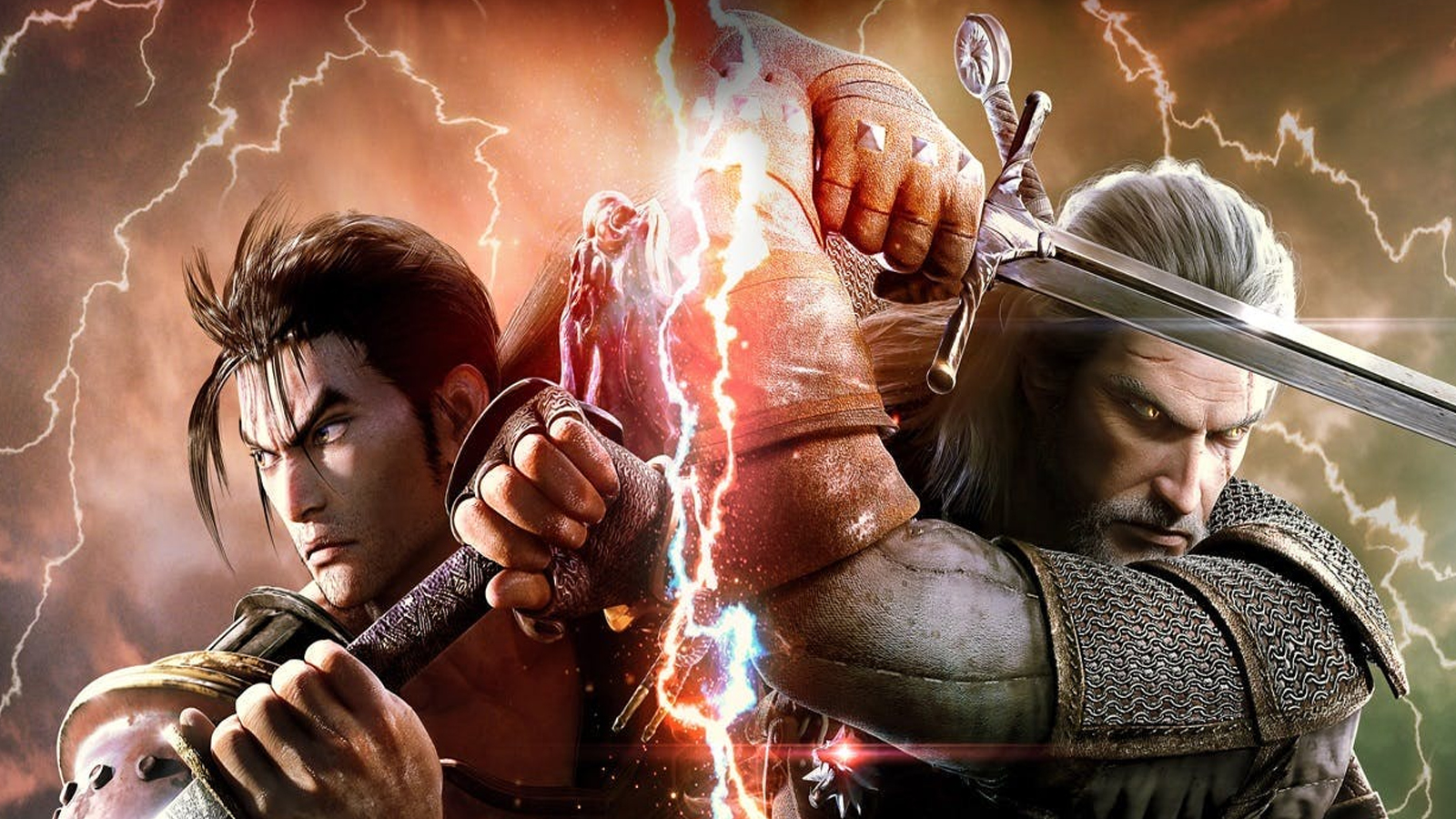 Although unquestionably a genre staple, SoulCalibur has been on the quiet side for the better part of the decade. The lukewarm reception of SoulCalibur V and Bandai Namco’s unsuccessful forays into the free-to-play and mobile markets have dealt the series a terrible blow. With focus found and lessons learned, SoulCalibur VI aims to be the definitive SoulCalibur experience, drawing in old fans and newcomers alike with crisp visuals, fluid animations, and addictive fights.

SoulCalibur story addicts will quickly turn to Soul Chronicle, the linear story mode that comes standard with games of this genre. The story follows Kilik, Maxi, and Xianghua on their quest to vanquish the cursed sword, Soul Edge. We’ve come to expect visual novel-style storytelling broken up by AI battles, with the odd cutscene sprinkled in, and well, SoulCalibur VI doesn’t deviate from that formula. Expect little mileage and virtually no challenge to keep you motivated for upcoming battles; it feels more like a glorified tutorial than a robust story mode. Neither combat nor story are compelling enough to carry the experience, but luckily, the mundane adventure doesn’t drag on for too long. Not wanting to keep the mode so bare, the game features separate side stories for every character that are unlockable via progression through the story modes—great news for the lore-chasers and story buffs, but less so for players expecting more engaging gameplay.

In Libra of Souls, make your own protagonist using SoulCalibur VI’s custom character creator and set out on a far longer journey to aid the new fighter, Grøh, in his quest to bring down fellow newcomer, Azwel. While the story is comparable to Soul Chronicle in that it’s equally trite and dry, side activities and additional mechanics inject some flavor to partially uplift an otherwise dull mode. Players move through a map interface, choosing from a list of known locations, or spending mode-specific currency and opening yourself up to random encounters (one round fights) to explore newer areas. Like Soul Chronicle, your journey spans several years and takes you all over the map, but now a leveling system gates you off from clearing main quests too quickly. Side quests present unique sub-stories, introduce special fight rules, reward you with weapons, weapon upgrade materials, food, and experience—all things you’ll need if you want to improve and progress. Additionally, collect mercenaries and equip them with your extra weapons to knock your opponents down a few pegs before facing them yourself. RPG-influenced vertical progression plays a large part in making Libra of Souls palatable—a byproduct of that system being the level gaps between you and enemies that finally add some much needed challenge. Expect to get a dozen solid hours out of the mode, with an extra dozen if you want to squeeze out every drop of content. It’s a serviceable mode, but one not worth revisiting or replaying unless you need a short break from the more entertaining modes.

Littered with side activities

Story modes aside, SoulCalibur VI comes fitted with a 1v1 versus mode, training mode, and arcade mode—a time trial that pits the player against a random selection of foes in 8 best-of-5 battles. Dedicating time towards these single-player modes rewards you with points that can be spent in the Museum for miscellaneous goodies like music and additional lore tidbits.

A cast of 20 fighters graces the game’s character selection including aforementioned new blood, Grøh and Azwel, guest fighter Geralt of the Witcher franchise, one offline-only unlockable fighter, and the cause of much uneasiness in the community, the season pass-exclusive, Tira. No matter which one you pick, you’re guaranteed unique mechanical quirks, colorful personalities, and eye-catching animations. Create-a-character, which has since made laps around the gaming community through hilarious fan creations, returns better than ever. Characters can be built from scratch, letting you choose their look, weapon, and personality, or through the modification of an existing fighter. From there, the weapon can be chosen, different pieces of equipment can be swapped in and out, colors for everything including hairstyle can modified, and extra gadgets and stickers can be thrown on. It’s a surprisingly flexible system and one only needs to take to social media or online multiplayer to see the gems players are producing. However, only those willing to shell out the extra cash will have access to the full library of cosmetics via the season pass.

Even more important than a visually and mechanically diverse set of characters is the low barrier to entry that has kept SoulCalibur so newcomer-friendly over the years. Simple, easy to remember controls make learning new characters less intimidating of an experience. Multi-button abilities, including Critical Edge and throws, are also mapped to the bumpers and triggers for ease of access. Combos don’t rely on absurd finger gymnastics nor are players expected to perform long-winded twenty move barrages, making effective play achievable for players of all skill levels. But make no mistake, new players have a ways to go before that skill ceiling is in sight. There’s always more to learn even when you think you’ve peaked.

8-Way Run, as the name implies, gives you 8 directions of approach (similar to Tekken). Using the directional pad, you can side-step enemy attacks, or launch your own from a different direction. Varying low, middle, and high blows keeps your opponents on their toes, but mixing up your horizontal and vertical attacks is what truly complements the 8-Way Run. Punish vertical attacks with side-steps, while utilizing horizontal sweeps to catch opponents who try outmaneuvering you with their own side-steps.

A new-and-improved Soul Charge consumes a full Soul Gauge meter to cloak your fighter in aura and power up their attacks. Upon activation, the battle pauses as the camera zooms in on your fighter while it plays out the charge animation, knocking back opponents upon completion. Not only do you enjoy a temporary power-up, Soul Charge grants new abilities and additional properties to certain attacks. Whether you want to spend your Soul Gauge on the powerful Critical Edge or apply extra pressure with Soul Charge, becomes a more strategic decision. Reversal Edge is a wholly new, cost-free ability where a hyper armored attack slows the game and initiates a game of rock-paper-scissors-guard-crouch-dodge. The goal is to outsmart your opponent to create an opportunity for massive damage. For example, if you choose to Guard Impact, you’ll be able to deflect any direct attack your opponents chooses to throw, but committing to it leaves you susceptible to a quick volley post-Reversal Edge if you opponent decides to side-step instead. The ability asks you to read your opponent during the exchange, but also to plan your next moves after the clash concludes—could anything showcase what SoulCalibur is all about better?

The stages come in varying shapes and sizes, but don’t (and shouldn’t) deviate from the standard flat terrain surrounded by deathly drops if one is so unlucky as to be hit with a ring out. Temporal shifts are built into each stage; you’ll notice the time of day changing as more rounds go by. They’re well-lit, diverse, and don’t distract from the clash of big brains in the foreground.

The combat best exemplifies the notion of “more with less.” Those who prefer challenge by way of complex inputs and near-excessive move pools may be turned off by most of what the game has to offer, but many will agree that SoulCalibur VI’s combat system is deep and immensely gratifying. The caveat: that potential can only be unlocked if you’re playing against other players. My critiques of the fighting itself are no more than nitpicks, but the challenge, or lack thereof, found in the single-player content is gravely concerning. The single-player modes, while meaty, may as well be disregarded if you’re searching for something beyond braindead training dummies or AI exploitation. While the introduction of two story modes is appreciated, both fail to engage the player and show off the robust combat system—the game’s best feature. The story of Soul Chronicle is too bland to distract from the awful fights, and Libra of Souls substitutes fun for length. If you don’t plan on taking your skills online or with friends via local multiplayer, then SoulCalibur VI is not for you.

Online is ultimately where the bulk of players will be spending their time, splitting it between Casual and Ranked modes. In Casual, join rooms of up to 8 players and take turns facing off against one another. Two players fight while the rest spectate; the winner goes on to face the next challenger while the loser is sent back to the end the line. It’s a great place to practice or goof around with friends since no penalties come with losses. Ranked is where the intensity heats up as two players face off with their Ranked Points on the line. Winning nets you more points to ascend up the ranks, while losses subtract from your total. Unlike Casual, it takes a while to find yourself a Ranked match, but fortunately, you can access the training mode while matchmaking. My experiences with both modes have been relatively solid, with only a handful of matches falling victim to the odd stutter and connection issue. Admittedly, mileage will depend on how satisfied you are with these two modes alone, as the game doesn’t offer anything else to spice up the mix.

Staring down your opponent’s custom cat-headed mummy or their rendition of Sephiroth as the timer counts down is quite the experience, but one that’s more than welcome. That creativity and personality translates over to the fights themselves, introducing players to new playstyles and tactics that they could never experience playing against AI. Learning is half of fun and online is the best place to do it; fighting AI for too long gives rise to terrible habits that you’ll be undoubtedly punished for the moment you fight a real player.

SoulCalibur VI’s combat could crack even the toughest case of fighting game-phobia; it’s strategic, fluid, and deep, but remains as accessible as ever. It’s unfortunate that it’s hampered by a lack of interesting modes, and that its hefty single-player offerings attempt to shift the focus away from the robust combat system and towards stale, cumbersome stories.

A self-deprecating, overly sarcastic pair of glasses that occasionally possesses a human host in order to partake in the delightful process of playing video games, then immediately complaining about them. When he is not playing games (a rare occurrence), he can be found either writing about things that no one cares about, or haunting the quiet streets of his Canadian suburb.
Related Articles: SoulCalibur VI
Share
Tweet
Share
Submit