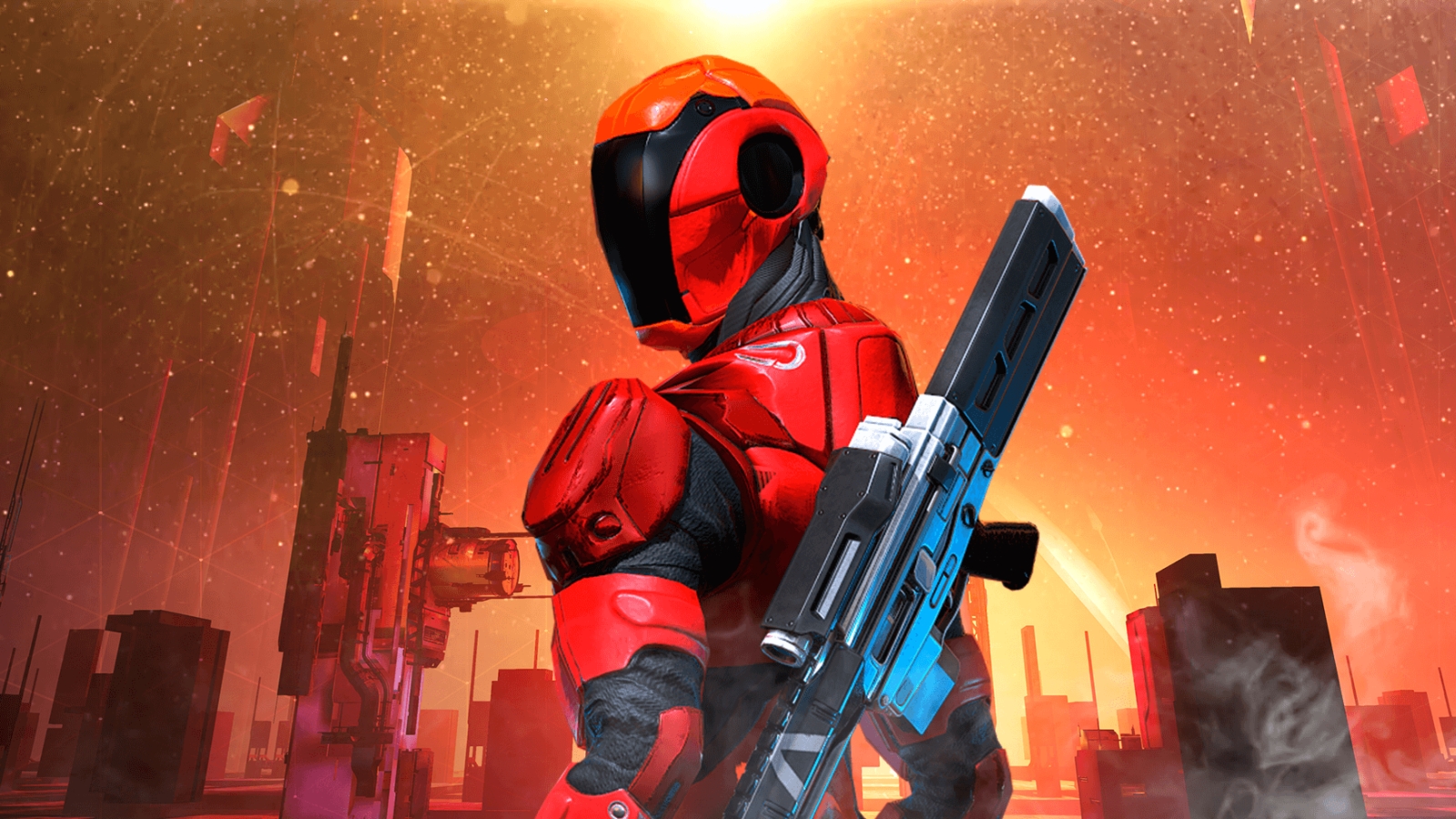 I’m always on the lookout for games to showcase VR to newbies to the platform. Titles that are able to break newcomers in without throwing them into the deep end with cumbersome controls and complex movement mechanics. Naked Sun represents the freshman effort from developer Door Z Studios, and while it’s a bit shorter than I might like, it’s also a great example of that easy way to break into the virtual reality world.

Naked Sun takes place in the year 2232. A fourth World War sees humans and machines squaring off, and you (despite being a robot yourself — try to not think about the ethical dilemma going on here) are the last / best hope for humanity. Riding a cargo train into the new global capital, Mexico City, you are committed to try to detonate a massive bomb inside of the robot stronghold to end their oppression of man.

First and foremost, there is a staggering level of detail in some elements of this game. The guns your character wields have a ton of detail in them, and are capable of physically transforming from a semi-automatic magnum to an automatic machine gun. So much so, that even after looking down the sights of these pistols for the roughly two hours it takes to finish the game (the videos in this review capture the game in its entirety), I found myself transforming them just for the fun of it. Beyond these pistols, your character sports a shoulder-mounted 4-pod rocket launcher with lock-on capabilities, and a limited-use force shield that can block incoming fire. There’s technically another weapon — a shoulder-mounted laser, but that’s only available in the arcade mode, as you’ll see later.

In terms of locomotion, Naked Sun handles the heavy lifting for you. Placing you on a moving platform set to deliver an explosive, the game is literally on rails for the first portions of the game. With the payload delivered, you’ll descend into the bowels of the enemy base on a slowly descending platform. As a result, Naked Sun is a zero-nausea event. This means it can be played in a limited play space, with the player remaining stationary for the bulk of the game, minus any Matrix-like dodging you’d like to do as you take out incoming robots. It also makes it the sort of game you can throw a VR rookie into with little to no explanation and turn them loose.

If I had an axe to grind, Naked Sun holds your hand a bit much. Instead of letting you discover that you can shoot the very obviously marked and flashing shipping container claws, the narrator very insistently tells you that’s what to shoot. Similarly, he’ll point out platform weaknesses, structural targets, and pretty much every other target of opportunity that comes up. It’d be much better to let players discover these for themselves, but the incessant hand holding is instead persistent throughout.

The second issue I have with Naked Sun is that there are no random elements here. Once you get lay of the land, predicting the movements of the enemy becomes fairly easy. The AI is also more than happy to run headlong into objects you’ve dropped, killing themselves. The bots use numbers, not smarts, to overwhelm the player.

There’s a lot to like with Naked Sun, and I enjoyed every minute of it. I just wish there were more minutes, which is honestly the mark of a great start. You’ve left me wanting more of what you’ve built here, Door Z Studios — let’s make good on that “To Be Continued” and continue to build on this great foundation.

Priced at $15.99, but with only about 2 hours of single player gameplay (minus any score attack stuff you might tackle in the arcade mode), Naked Sun is a good, albeit short, way to ease new VR gamers into the medium.

Ron Burke is the Editor in Chief for Gaming Trend. Currently living in Fort Worth, Texas, Ron is an old-school gamer who enjoys CRPGs, action/adventure, platformers, music games, and has recently gotten into tabletop gaming. Ron is also a fourth degree black belt, with a Master's rank in Matsumura Seito Shōrin-ryū, Moo Duk Kwan Tang Soo Do, Universal Tang Soo Do Alliance, and International Tang Soo Do Federation. He also holds ranks in several other styles in his search to be a well-rounded fighter. Ron has been married to Gaming Trend Editor, Laura Burke, for 21 years. They have three dogs - Pazuzu (Irish Terrier), Atë, and Calliope (both Australian Kelpie/Pit Bull mixes).
Related Articles: Naked Sun, VR
Share
Tweet
Share
Submit