Nioh 2 is in my top 5 games of the year, and with Tengu’s Disciple, the first of three DLC add-ons to build upon the lore of Nioh 2, I was more than excited to die a thousand deaths in-game. I’m a glutton for punishment. Now, these new missions and stories don’t necessarily expand on what we played in the base game, but it acts as a side-story to what we’ve come to know in Nioh 2. First and foremost, to access Tengu’s Disciple DLC, you must first complete the main campaign in Nioh 2. From there, you will be able to navigate to the Yashima coastal region on the map to partake in this amazing add-on.

With Tengu’s Disciple, you seamlessly travel back in time to the seaside region of Yashima after finding the sword of Yoshitune, a powerful Samurai that led his men to this region. The coastal region is a complete boneyard of wrecked ships that tells a tale of a hardened-battle that took place long before you got there. Much of the base game mechanics have carried over into this expansion such as the leveling up system of your character and weapons, but you will have access to new guardian spirits, weapon variants, and more. 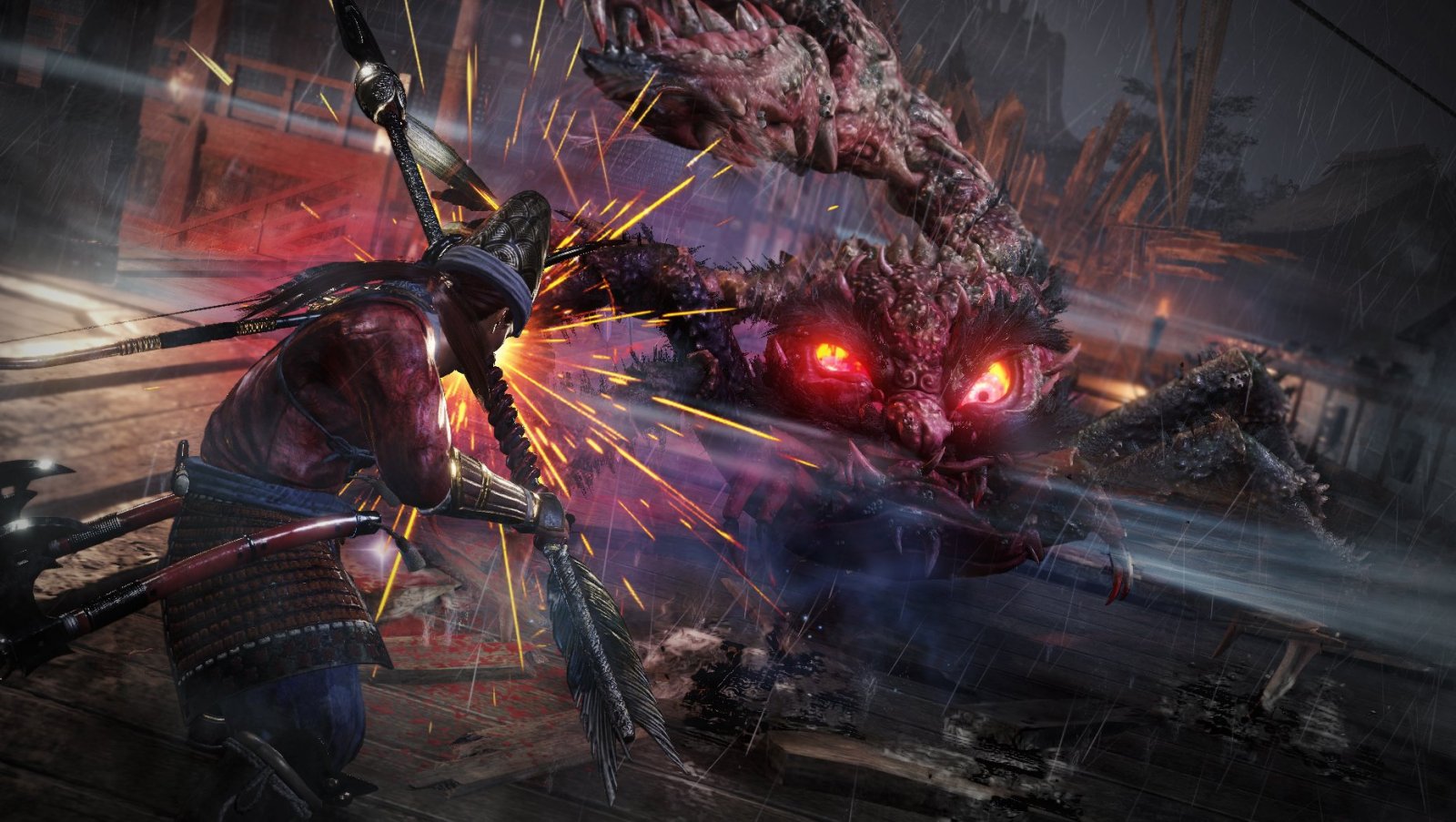 Guard up at all time

One of the new weapons bestowed upon me was the Splitstaff. Like a bo staff, it’s great for defensive stances and ranged attacks, but because it can detach and act like a larger nunchaku, it takes some time to master and wield this weapon proficiently. I found it of great use against enemies that used larger weapons, and when you level it up by spending your skill points, it’s a weapon of mass destruction. Like many of the weapons in the game, its abilities depend on your playstyle and character setup, so it may not be the weapon for you. But once mastered, it can be a tide-turning weapon in the right hands.

When arriving on the shores, it’s apparent that the art team behind this expansion wanted the world to take on a different tone to fit the new stories and missions. Like the base game, the coastal area’s design challenges you by using its design to force you to stay attentive while fighting. Taking the fight inside the tiny hulls of the dilapidated ships makes fighting multiple enemies more difficult, frantic, and downright brutal. The new enemies appear to be more combative, slashing at you with swords and heavy weapons, dealing massive blows while still retaining moderate stamina; this alone made me rethink how I approached combat. I often tried to attack from afar by using my longbow or rifle to instakill enemies or at least damage them enough so that only a few thumps with my Splitstaff would do the trick. 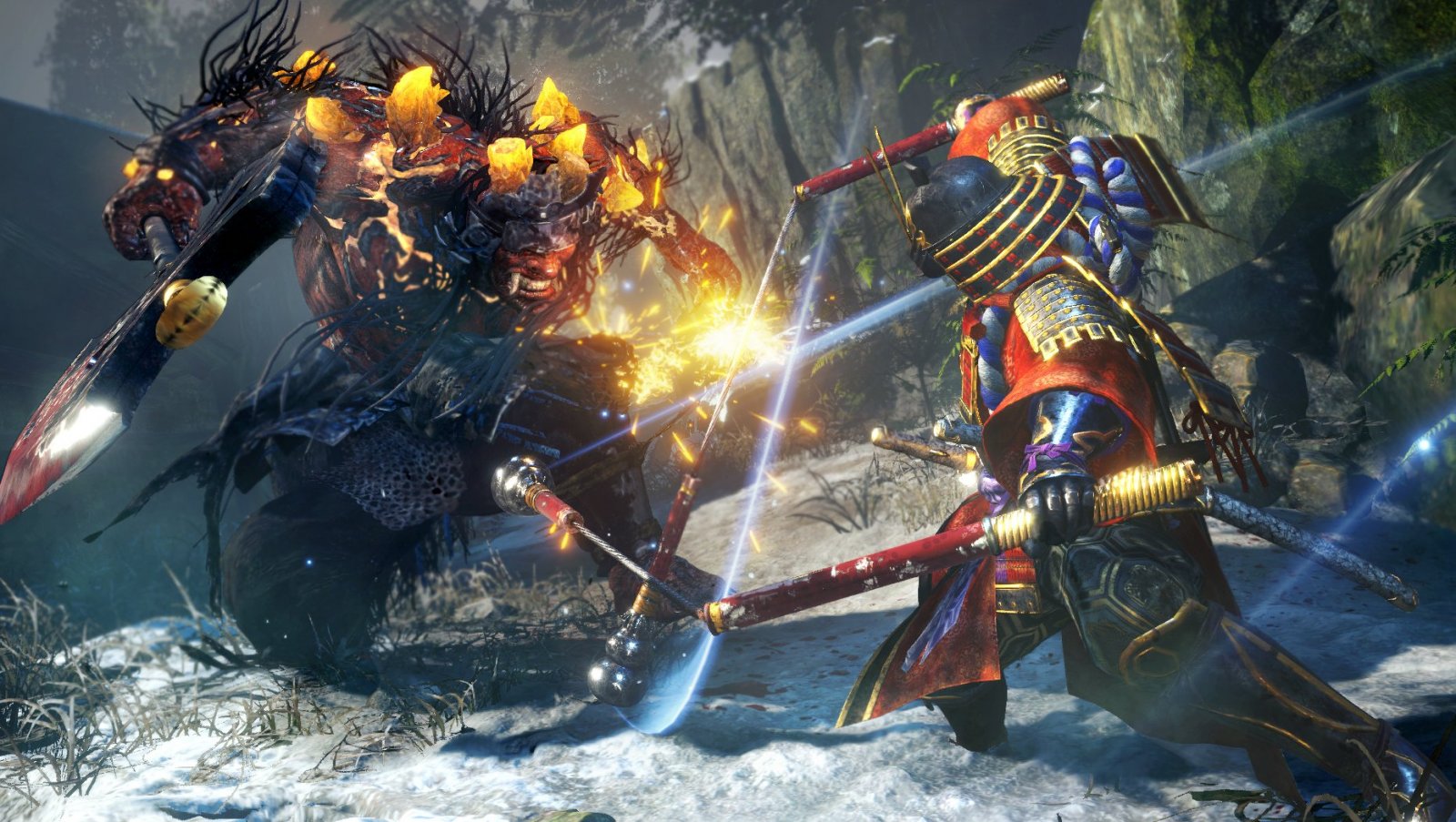 Splitstaff to split some skulls

Fighting on crashed boats, taking on new enemies with elemental weapons, and new Yokai bosses definitely has increased the difficulty. Having to fight multiple enemies while trying not to fall off the edge of a ship or broken pier changed how I confronted enemies and how I managed my stamina. Some of the new armor sets are powerful and offer many new abilities, but again, because everyone’s character build may be different, your miles may vary.

Fighting massive crabs that are armored in certain areas and can shoot you with a blast from their larger claw are just some of the new and challenging experiences you’ll face on the coast. Where the DLC really changed how you approach tactical combat is by giving you allies that will fight with you. Early on, you will battle against a quiet and powerful warrior monk who appears to have been fighting even before you arrived on the coast. In typical fashion, to gain honor and respect, you’ll have to best him in combat, but in doing so, you’ll gain a powerful friend that will help you vanquish some of the most devastating enemies and Yokai yet. 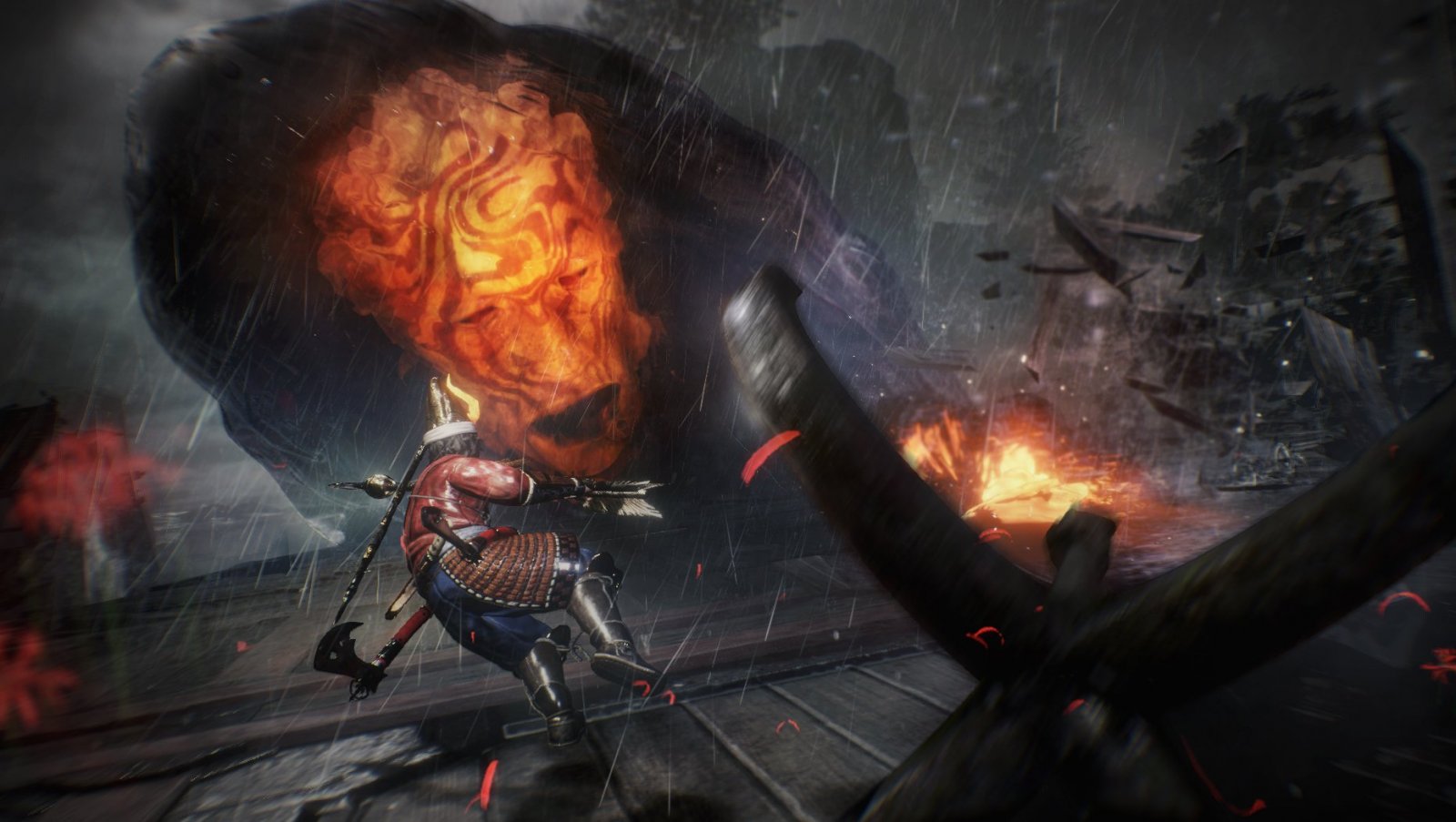 Even the ocean wants in on the fight

Some of the other locations you will visit resemble more of what we are familiar with in the base game, though I must say the lighting is much better than what I found in the base game. While traversing the bamboo forests and the many open buildings, I realized how Team Ninja had used the new environments to manipulate the game’s core mechanics.  While the additional missions and add-ons add up to roughly 10 hours or so of new gameplay, it’s densely packed with new boss battles, challenging and rewarding combat situations, and builds upon a series that has a lot to offer. 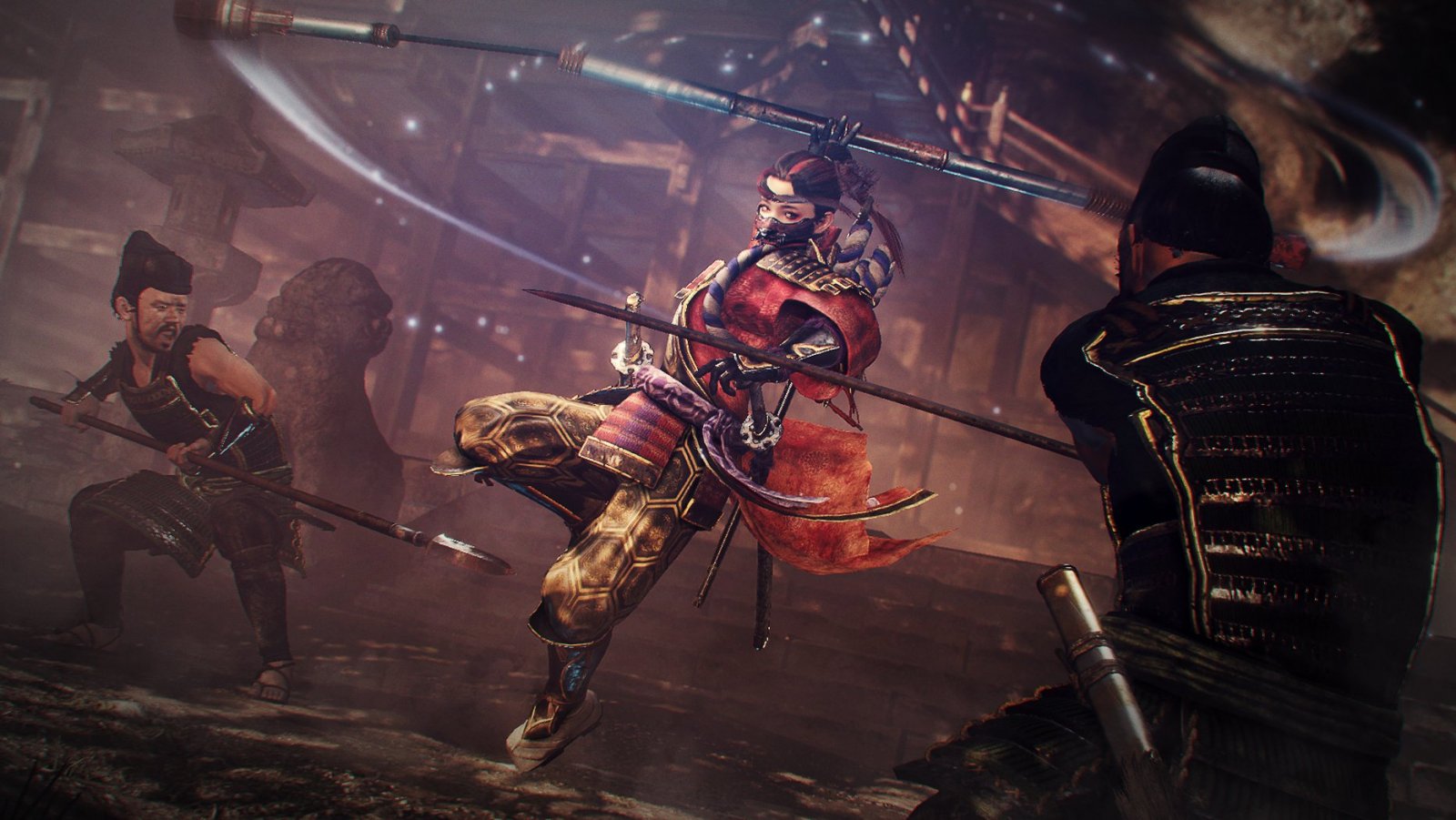 While I did find improvements to certain combat situations, lighting, and balancing, my biggest gripe with the game remains: the camera. Too many times have I been in a frantic fight and the camera did not pan correctly to give me a view of my character or the enemy. I found this particularly troublesome when fighting in the hulls of the ships, where space is limited and evading and backing into a corner will cause the camera to move or get stuck in an awkward position.

I found this long awaited Season Pass and DLC to be worth every minute, even if I died hundreds of times. The new locations, Yokai boss battles, weapons, and enemies all intensified the demanding and challenging game. While I do wish the overall story was a bit deeper, maybe more will be explained in the two upcoming expansions.

T.K. is a freelance writer, narrative designer, and author. Writing and developing narratives and giving voices to digital world and characters is his passion. As a game writer, QA game analyst, and editor for Gaming Trend, he enjoys being a part of the gaming industry.
Related Articles: Nioh 2: Tengu's Disciple
Share
Tweet
Share
Submit