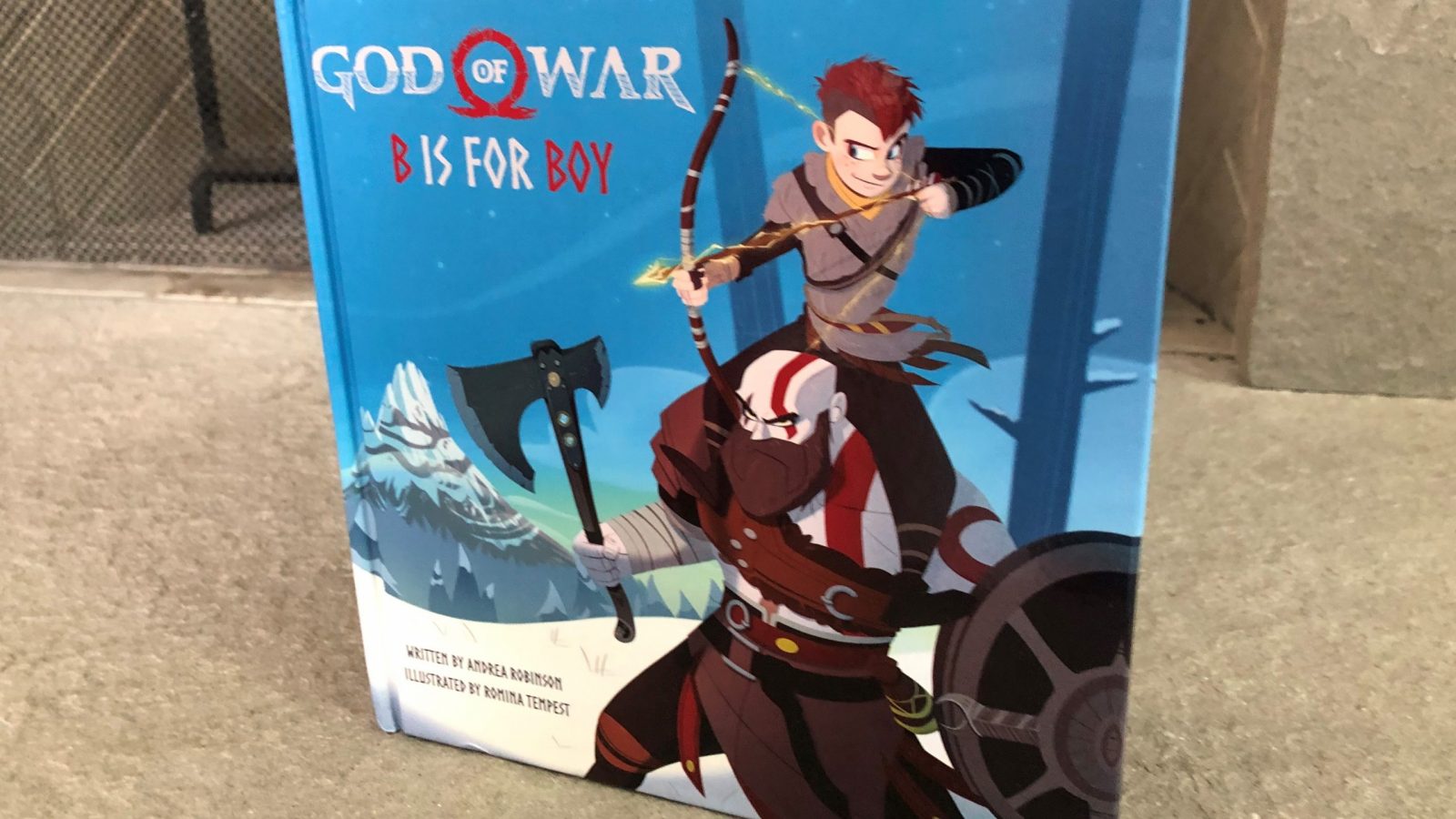 T is for 2018’s God of War, which I liked very much. K and A are for Kratos and Atreus, who together pack a punch. They star once more in an alphabet book. It recounts their journey, and would look nice in your breakfast nook. Ok that last rhyme was terrible, and I won’t make you suffer like that for the whole article. In short, God of War came out in 2018, and it was good! Now in 2020, the father-son duo make their picture book debut, and it’s also good! It obviously covers the entire alphabet, with some letters being a bit of a stretch, but it’s a cute little oddity and briefly retells the story in a charming way.

The book starts with the letter A, in this case for Axe, and proceeds to B, for Bow and Boy. You may immediately notice the book’s beautiful artwork by Romina Tempest. Kratos is drawn with multiple sharp angles and slowly softens as he opens up more and becomes closer to his son. Each page is gorgeous and colorful, with some impressively illustrated lighting like in the dwarven brothers’ forge, or on top of Jötunheim. If you’re worried about spoilers when reading a book based on a game you haven’t played, first of all; why? Just go play it. Second of all, the book surprisingly doesn’t spoil anything aside from Kratos’ and Atreus’ character arcs, and even then it only goes into vague details for the sake of parody. 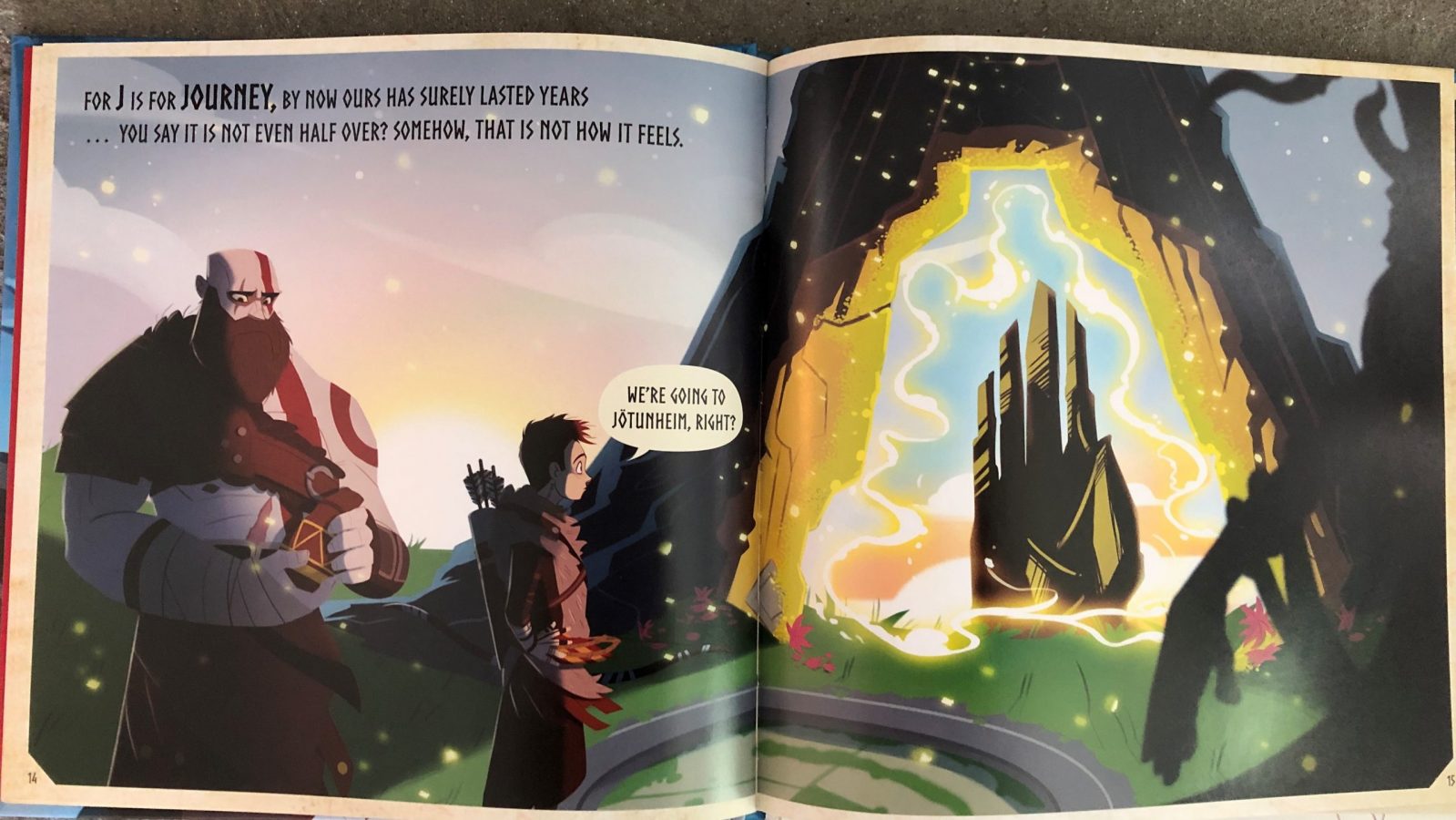 While the writing, by Andrea Robinson, mostly hits it out of the park in terms of hilarity, there are a few letters which stand for sentences, like I for It will serve you to stop talking, and I don’t think that quite works. It also jumps around a bit in the story, introducing parts of the story out of order. However, the combination of clever writing and detailed, colorful art help you get the gist of what’s going on. Besides, if it takes a 10 hour audio book to contain this game’s lengthy story, they had to make quite a few concessions to fit into 31 pages.

God of War: B is for Boy

God of War B is for Boy is a hilarious retelling of the game’s story. With adorable art, witty writing, and a heartwarming story it’s a great addition to anyone's library even if you’re not familiar with the game.

David is the kind of person to wear his heart on his sleeve. He can find positives in anything, like this is a person who loved Star Fox Zero to death. You’ll see him playing all kinds of games: AAAs, Indies, game jam games, games of all genres, and writing about them! Here. On this website. When not writing or playing games, you can find David making music, games, or enjoying a good book. David’s favorite games include NieR: Automata, Mother 3, and Gravity Rush.
Related Articles: God of War: B is for Boy
Share
Tweet
Share
Submit