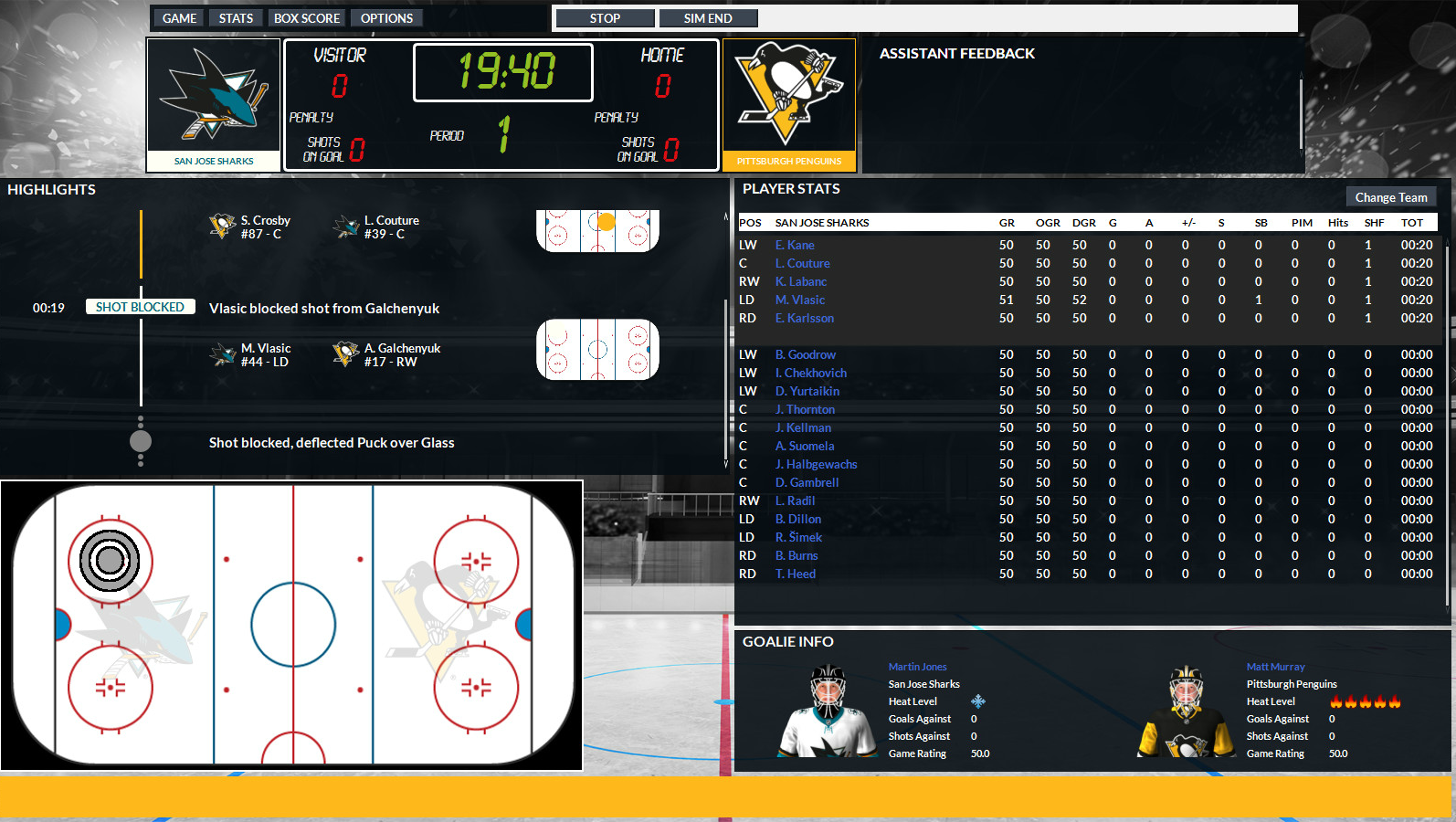 Championships are earned by more than the players on a team. Though the players receive a lion’s share of credit whenever a team climbs to that peak, the work done behind the scenes in offices and over conference calls helps piece together a scheme, a team, and a dream into a finished product for the ages. Sports simulation games allow you the important honor of stepping into this world.

With Franchise Hockey Manager 6, OOTP Developments has crafted a well made game that time and time again stands up to scrutiny and proves to be a high level product. The only issue that I have with each release is the familiarity to the prior product. The overall game itself is truly near perfect, and so changes to that format would likely be disastrous. That said, it is hard to ignore the fact that each new Franchise Hockey Manager looks and feels almost identical to its predecessor. 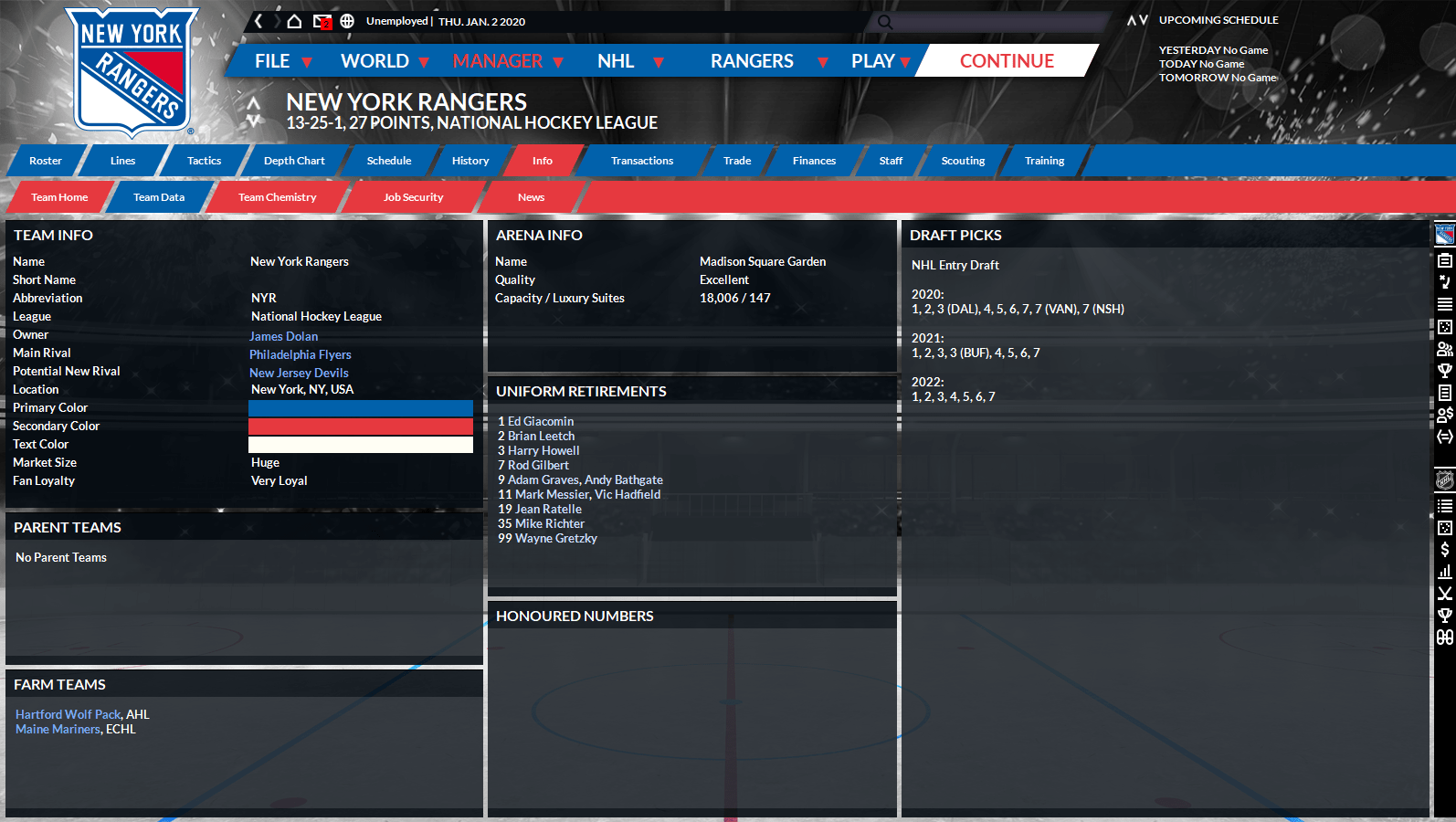 FHM 6 allows you to step into the role of general manager and head coach of a given team and dictate down to the finest detail every single aspect. The game features a roster of real life players from throughout NHL history, starting with 1917 as well as accurate rosters for near countless international leagues at various levels of play. This is such a wonderful feature for true hockey fanatics, or just general sports nerds such as myself. Being able to cross reference players from the Turkish hockey team you’re playing as with real life players is an odd little treat that you don’t get with any other genre of sports games.

The tasks in-game are very easy to navigate, and you’ll quickly get the hang of how to properly set lines, tactics, train players and any other function you’ll want to do. There is a learning curve for navigating to the correct menus and finding the right icons in what can be an overwhelming sea of tabs, menus, drop down menus and checkboxes. 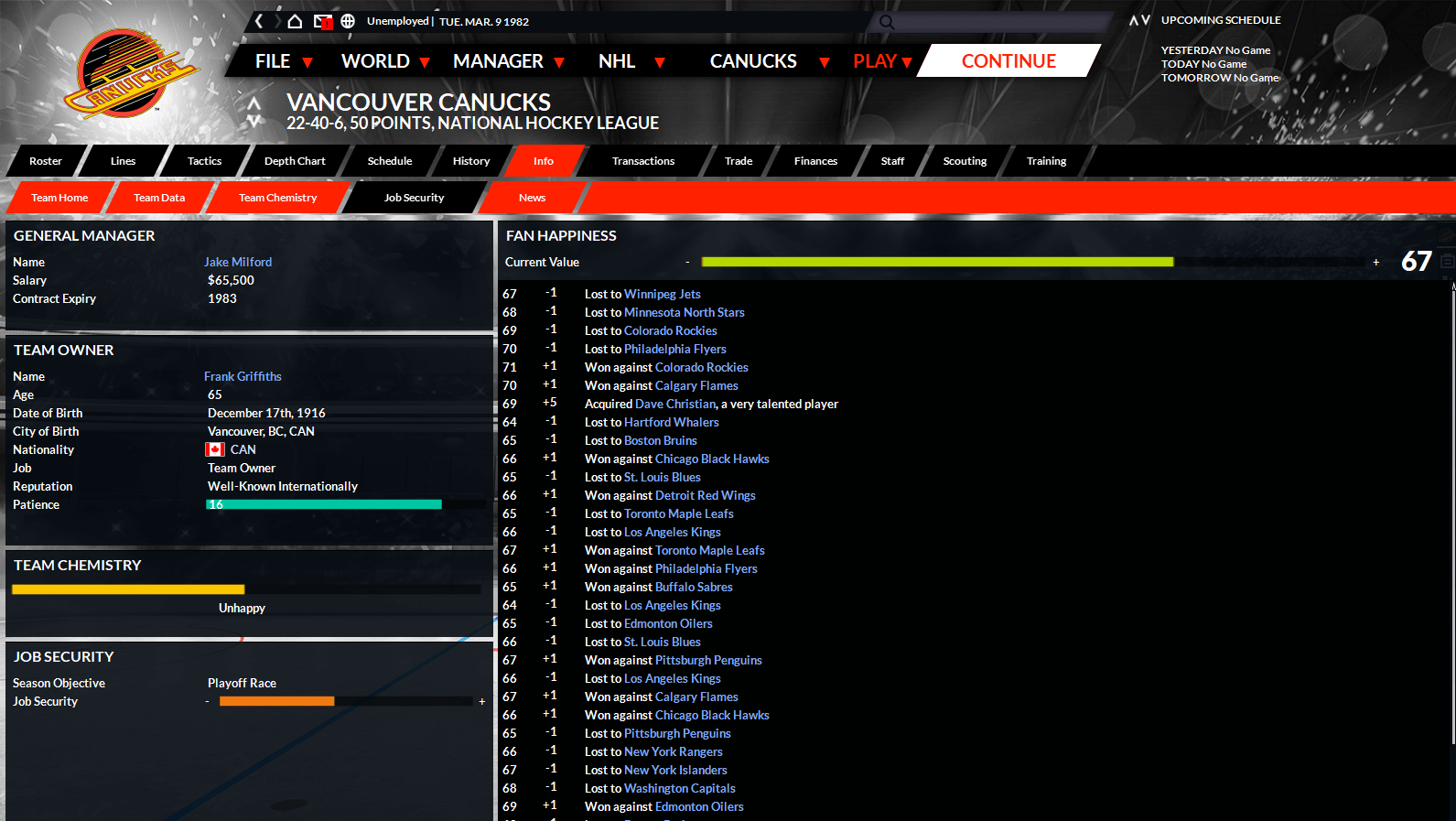 What won’t be easy nor intuitive with FHM 6 is the deep technical knowledge of the game of hockey that you’d need to truly push the game to its limit. Thankfully for myself and other casual hockey fans, there are plenty of auto setup options that let you largely bypass large tasks you may not have a good knowledge base to complete, and using these tools can help to clarify and teach players who want to learn more about how the game of hockey operates on paper.

You can choose to play through a season in various ways as well. There is a challenge mode that requires you to make more choices and disables long auto-simulations that immerses you more into a day-to-day style of play. With this mode turned off, you can choose to simulate through entire seasons, taking a more macro view of how your team will perform over several years. You can choose to turn off the ability to be fired and roll with a team for as long as you can stand it, or you can play as an upstart young GM/Coach and try to work your way up from league to league until you make it big.

In-game features in FHM 6 are pretty bare bones. You are given a roster with the active players and reserves shown, as well as their game stats. You also see a play-by-play rundown of each important moment in the game, such as steals, shots, hits and penalties. While not necessarily exciting, and certainly nothing like the full action simulations of OOTP’s flagship product, they do a fine job of giving you the information you need as the game progresses. 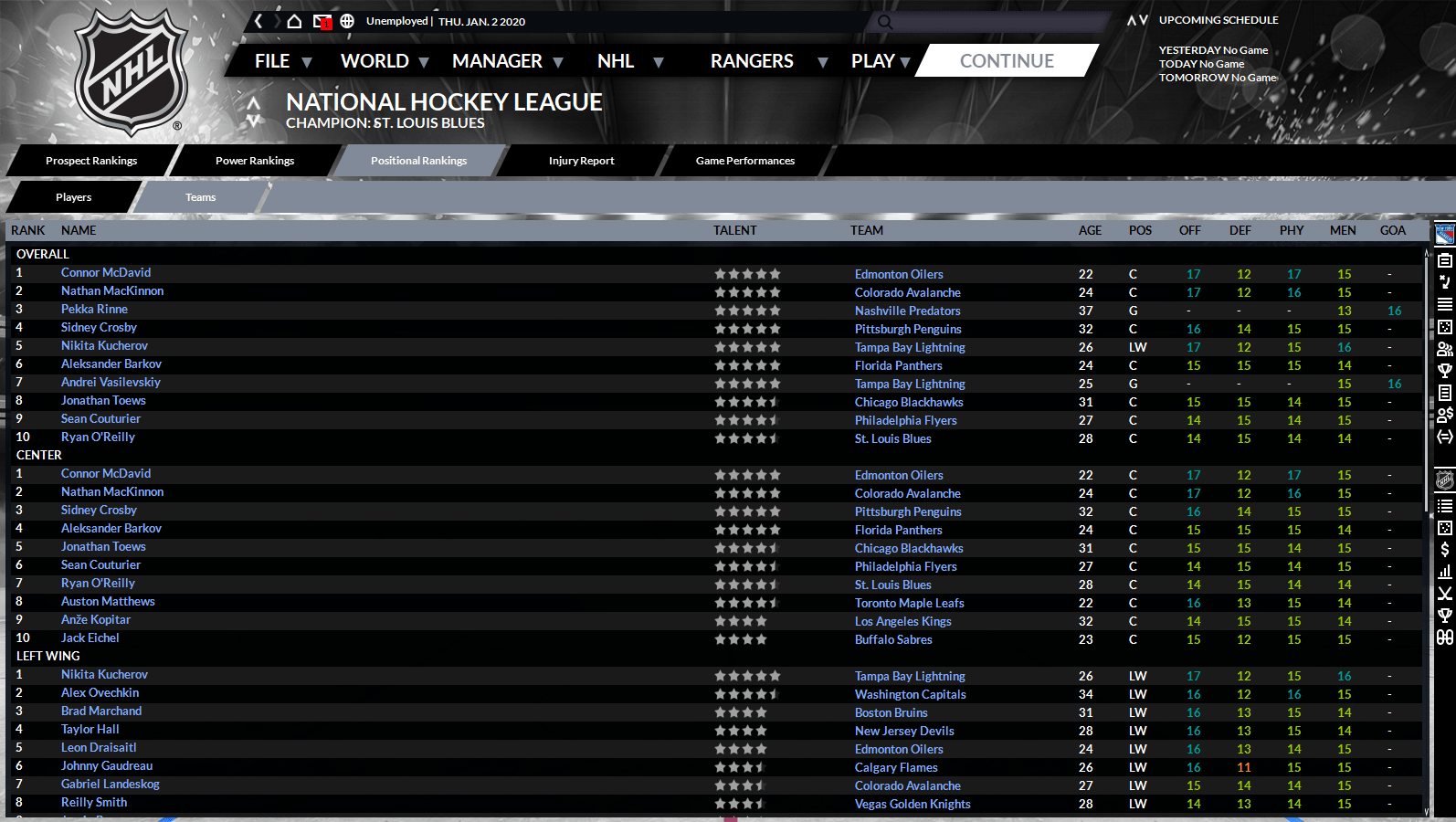 While FHM 6 is largely the same as the prior releases, there are a few great new features that are added; notably a fan tracking system as well as rivalries that affect how games against your rivals are played, changing over time based on the results you create. Historical teams now feature true historical staff members as well, allowing you to play as real life GM/Coaches throughout time. There are also numerous updates to player management options. The changes are all welcomed and make the game more of a complete experience, but don’t overall change the game enough to make it set in stone that one must upgrade to truly experience the best the FHM franchise has to offer.

The game features several modes of play, including the standard Franchise Mode, a custom mode that allows you to create a league from the ground up, and the Historic Mode, which allows you to play as any NHL team from 1917 onwards. The game also features a mode where you can pit two teams from any league and year against each other, for one to 99 games. This mode is simple but really shows off the accuracy of the simulations. Lastly, the game features Historical Challenge mode, where you take control of a team and have to complete a specific task to recreate or re-imagine a historical landmark, shortcoming, or event in your chosen franchise’s history.

Franchise Hockey Manager 6 is a fantastic game in a long line of great hockey simulation titles from OOTP Developments. The game is a hockey head’s dream, giving you complete control of franchise operations for countless teams both modern and historical. The game doesn’t change much from year to year, but has improved again with this iteration and represents the most complete experience to date. An overall triumph and clear leader in its genre, Franchise Hockey Manager 6 is a niche but near perfect game.

Patrick Rost has been with Gaming Trend since 2013. At first focused on sports coverage, Patrick has gone on to cover a wide range of games and other products for the website. Outside of Gaming Trend, Patrick writes and records music, grinds perpetually in Elder Scrolls Online (PS4), and lives day to day with his two dogs, Bob and Stella.
Related Articles: Franchise Hockey Manager 6
Share
Tweet
Share
Submit