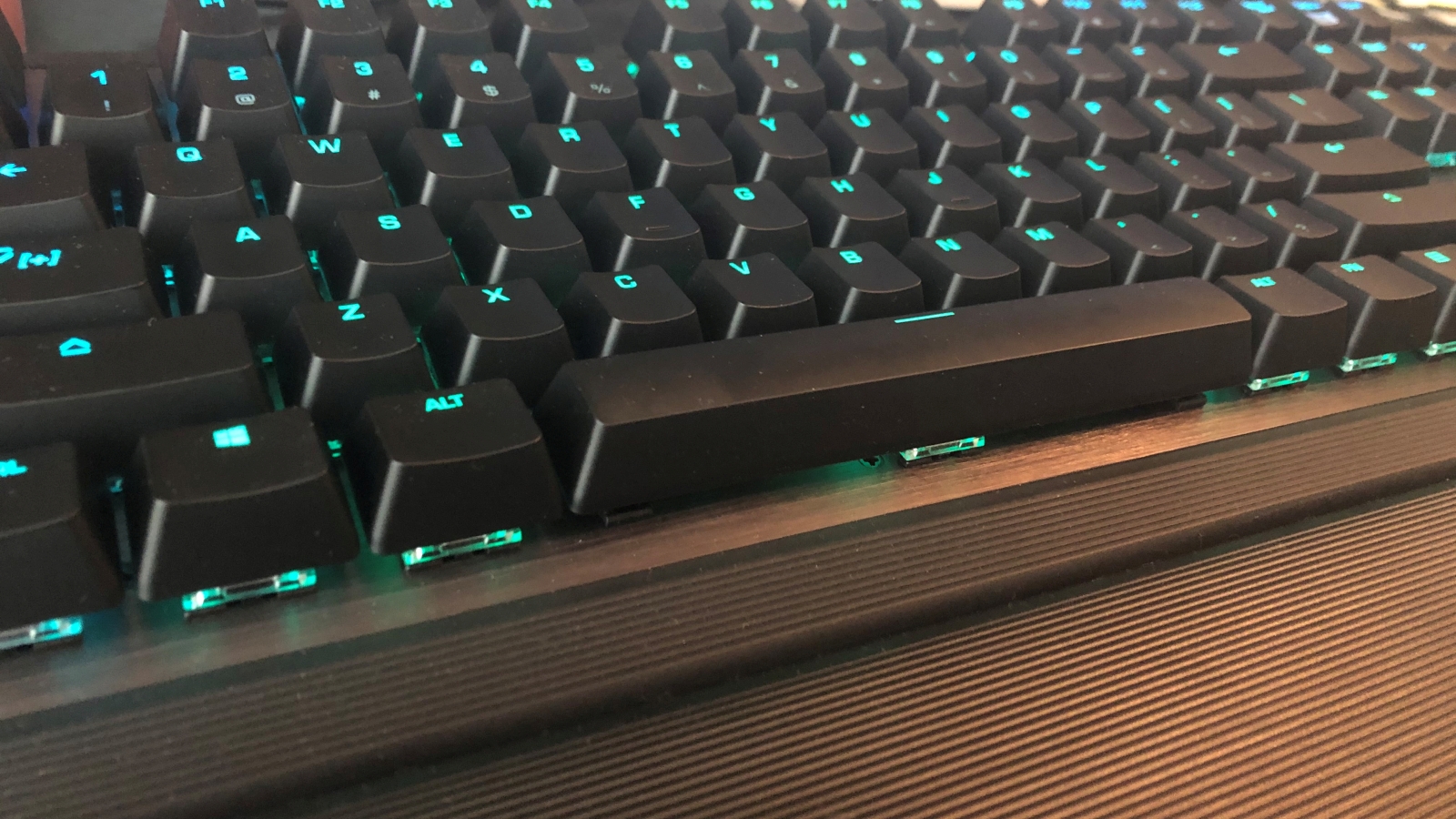 Everyone has their preferences when it comes to computer hardware, especially when it comes to keyboards. Some prefer a quiet, sleek, and low profile keyboard, others might want something with special features like extra, customizable buttons. Personally, I like keyboards that aren’t too flashy, but have that nice clicky clack noise when typing. To my delight, the Roccat Pyro is just that: a standard looking keyboard that’s super comfortable, sounds nice, and even includes a few extra features.

Taking the Pyro out of the box, it’s split into two parts: the keyboard itself and an attachable arm rest. I’ve never used one of these before, but in long typing/gaming sessions my wrists can get very tired so I was eager to put it through its paces. Attaching it to the bottom of the board, it fits snugly – almost like it’s just a natural part of the device, though it is easily detachable. Moving on to the keyboard itself, Pyro uses red switches with removable keycaps that are oddly soft. I’ve been using the HVER PRO RGB Keyboard for the past few months and while that device has a more satisfying sound, the Pyro feels more comfortable and compact overall. Speaking of sound, there’s a small knob in the top right corner which directly controls the volume of Windows, which is incredibly useful when wearing headphones. 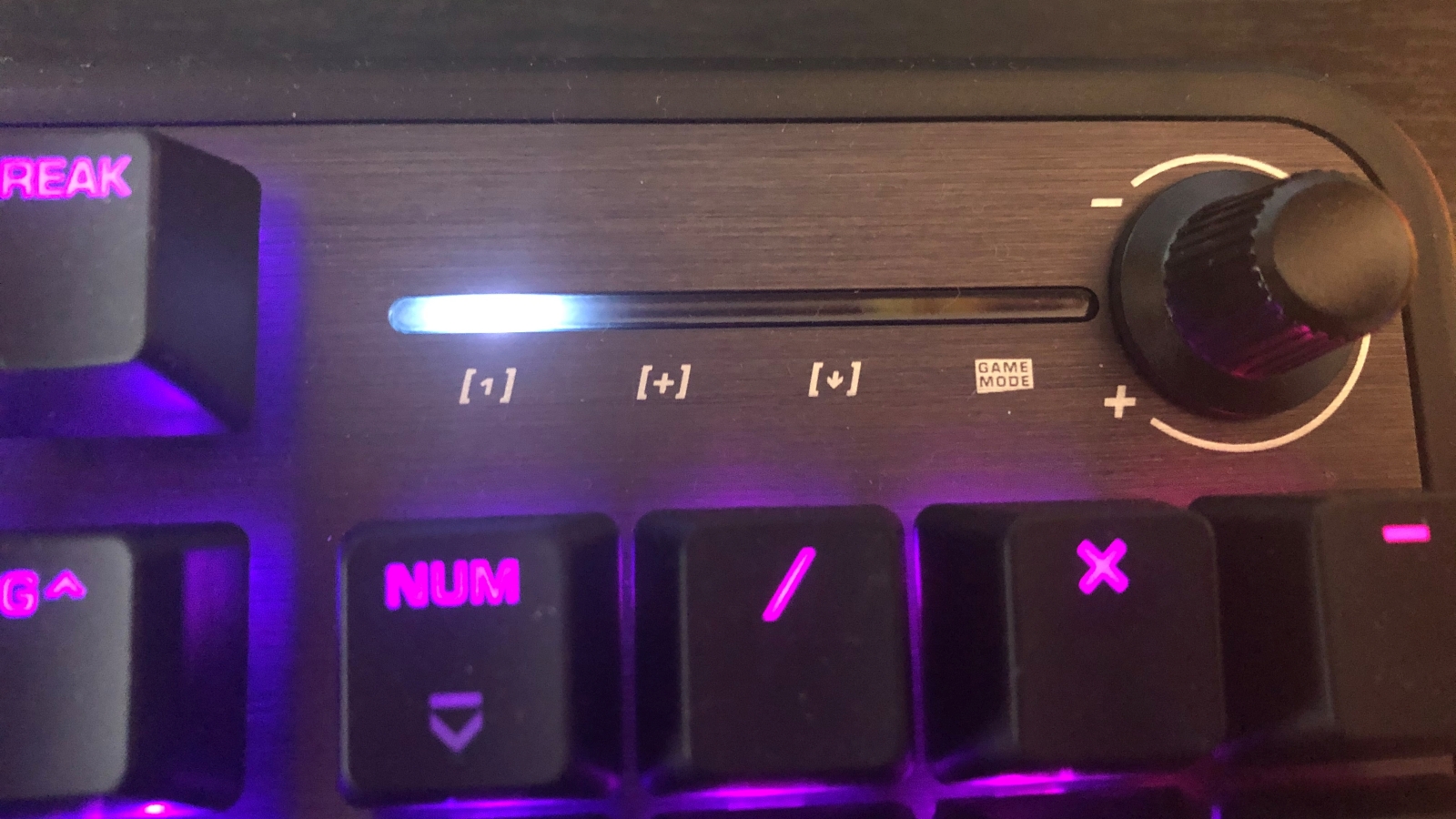 Like most gaming targeted keyboards, the Pyro is lit up like a christmas tree. By default, your keys will glow rainbow, with colors slowly moving from left to right across the board. It certainly looks nice, but at first I found it distracting. You can customize it using the Swarm software available on the Roccat website, though it can be surprisingly difficult to find especially with my crappy internet connection. Using the software, you can update drivers for your keyboard and customize its functionality and lighting profiles. You can add a feedback sound, such as typewriter or beam noises, which seems pointless to me although some may enjoy it, as well as adjust the key repeat rate and how long it takes to begin repeating by holding down a key. I stuck with the default on these options, but it’s nice to know I can customize them if needed. On the next tab, you can remap the functionality of every key and/or add special functionality such as smart shift (which is caps lock when pressed, but shift when held) and Game Mode (which turns on a profile that disables the windows key and turns on macro functions above the arrow keys).

Lastly are the key illumination options, which provide several presets to choose from or you can create your own. After turning down the brightness a bit, I’ve settled on a very pleasant profile I’ll stick with for a while. As I type this, I’m using the AIMO intelligent lighting system, which allows the lighting to adjust itself based on what you’re doing. For example, typing will change the color of the recently pressed keys to one that contrasts the current color background. It may do other things as well based on the programs you’re using and what you’re doing, but this was the major thing I noticed. 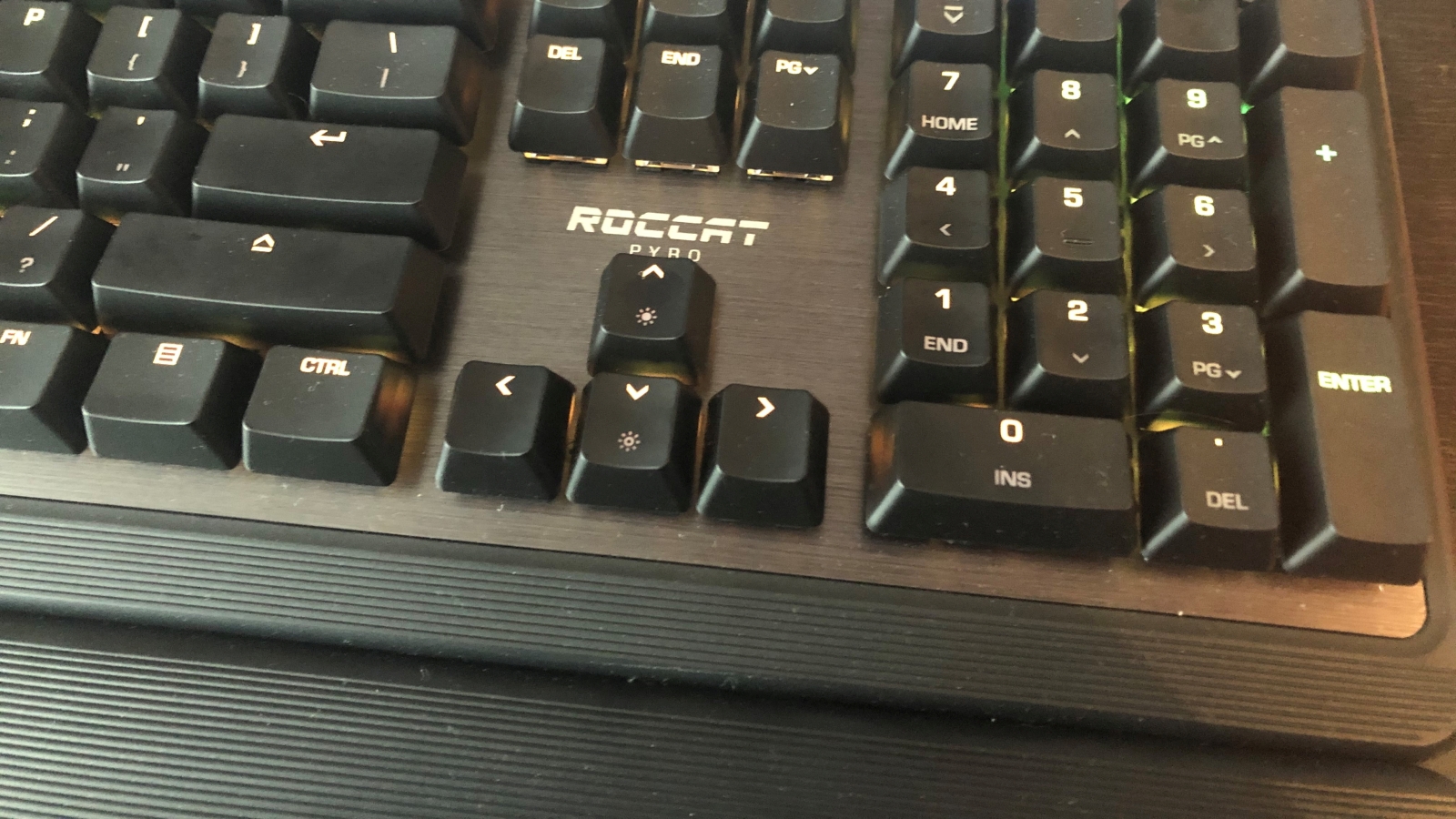 All these things by themselves would make for an excellent keyboard, but combined they make for the most comfortable and useful keyboard I’ve had the pleasure of interfacing with. It feels like it’s designed with all types of users in mind, not just hardcore gamers. My one big complaint is that the stand that pops out of the underside doesn’t go high enough for my tastes, but I’ve quickly gotten used to that as well.

The Roccat Pyro is one of the best keyboards I’ve ever used. It’s comfortable and highly customizable, easily fitting every user and every situation.

David is the kind of person to wear his heart on his sleeve. He can find positives in anything, like this is a person who loved Star Fox Zero to death. You’ll see him playing all kinds of games: AAAs, Indies, game jam games, games of all genres, and writing about them! Here. On this website. When not writing or playing games, you can find David making music, games, or enjoying a good book. David’s favorite games include NieR: Automata, Mother 3, and Gravity Rush.
Related Articles: Hardware, Roccat Pyro Keyboard
Share
Tweet
Share
Submit