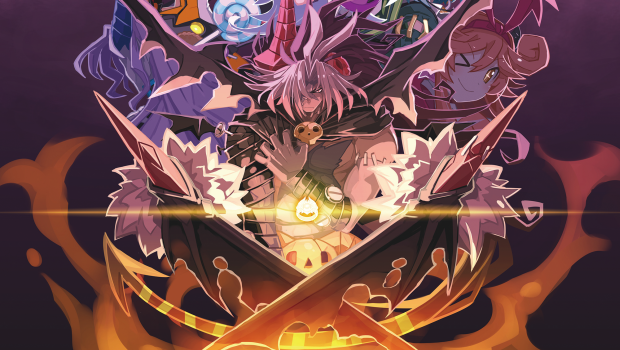 Repetition and perfection are the two words I would use to describe the loop of Trackmania Turbo’s lightning-paced gameplay. In most racing games you compete with other physical racers, but in Trackmania Turbo your opponent is the clock, as you try to shave precious milliseconds off your record with each run. As each miniscule adjustment improves your run and the music pulses in your ears, Trackmania Turbo reaches automobile nirvana unlike any other racing game.

Through many of Trackmania Turbo’s different game modes, the focus is always the clock. Courses are short and, for the most part, a single lap. Instead of slowly cutting down leads and overtaking other racers, you’re mastering the course itself. Learning every corner, dip, and straightaway of Turbo’s beautifully rendered courses is key to turning in a better time than other racers.

These courses are not simplistic by any means, though. Trackmania’s roots are in arcade racing, and Turbo continues to adhere to stylish, over-the-top track design. From massive loops, high-flying jumps, wall-riding, and tight drifts, to the new magnetic strips that lock your car to the track as you careen up, down, and around the arena, the number of both old and new elements that you have to tackle in Trackmania Turbo is incredible, and makes for some memorable moments as you zip up and down each of the game’s tracks.

Plenty of options are available to further hone your skills, as the campaign offers a staggering 200 courses to master, from simple runs to complex, multi-lap monstrosities that test your abilities. Playing through these courses is an easy way for anyone to jump in, whether you’ve been running Trackmania servers for years or you’re hitting the asphalt for the first time.

As far as racing games go, Trackmania Turbo might be one of the most approachable around. Controls are simplified to just steering, acceleration, and brakes, and the game’s campaign makes it easy to get quickly accustomed to the speed and dexterity necessary in higher level Trackmania Turbo courses. It also helps that the only person you’re racing is yourself, so you always have a reliable landmark for improvement.

It helps that many racing styles have combined as one, so the grind never feels too repetitive. Canyon, stadium and valley combine with the new Rollercoaster Lagoon to keep the tracks feeling fresh and exciting, and over 200 main tracks played and many more custom-made or randomly generated courses, I never tired of exploring new roadways and finding ways to improve my skills as a driver.

The drive to improve is what makes Trackmania Turbo so great, as each second shaved off feels like a huge leap. Many courses start out with failed runs and crashes, as your car hits a rail or veers too far right in mid-air and crash-lands in a canyon. As you ram your head against each course and master its layout and intricacies, though, you can easily get hooked on the repetition. Each restart is almost instant, and it’s easy to laser-focus on each medal time for each course, and then on to the global leaderboards.

All of this funnels into the online play, which is the heart of Trackmania Turbo and where it will either stand the test of time or falter. Previous Trackmania games were made for PC, and built so that modding was easy and almost recommended. The ease of modding led to a culture of servers with custom soundtracks and user-created levels, one that became the face of Trackmania multiplayer.

For the most part, many of the common aspects of Trackmania’s signature multiplayer still exists. You can join a room with a hundred or more other racers and all tackle the same track, as the server rotates through a set playlist of courses. You jump in and get about five or so minutes on each track to set a time and then compete, with dozens of ethereal ghost racers all around you, jostling for a spot on the leaderboard.

The core tenets are present, but many of the signatures of previous Trackmania games that set them apart are, for the moment, absent. There is a custom Trackbuilder that is powerful enough to make cool tracks for split-screen multiplayer, or take them online and share them globally. There isn’t any options for any custom blocks or content either, and music is limited to what comes with the game. My time has been spent with the PlayStation 4 version, so it might be that PC players can rebuild the crazy servers in their version, but for consoles what you see is what you get.

At least for other multiplayer options, there’s a number of modes that make for excellent couch co-op play. You can play split-screen on any of the courses included or any custom courses you design, and there’s also a Double Driver mode that puts two players in control of the same car. Developers Nadeco even added a “secret” option, which queues up special game modes based on what button combinations you enter. They range from smart twists on hotseat or stunt, to completely insane modes like one reminiscent of Micro Machines. The online portions may be undercut, but as far as local multiplayer goes, it’s definitely one to pull out when you have a couple friends over.

Trackmania Turbo lacks some of the series’ standards, but still offers a polished and engaging time-trial racer for those looking for a rush of speed. With tons of options for play and the constant chase for a better time, Turbo gets under your skin, and once it’s in there, it doesn’t let go for a long time.