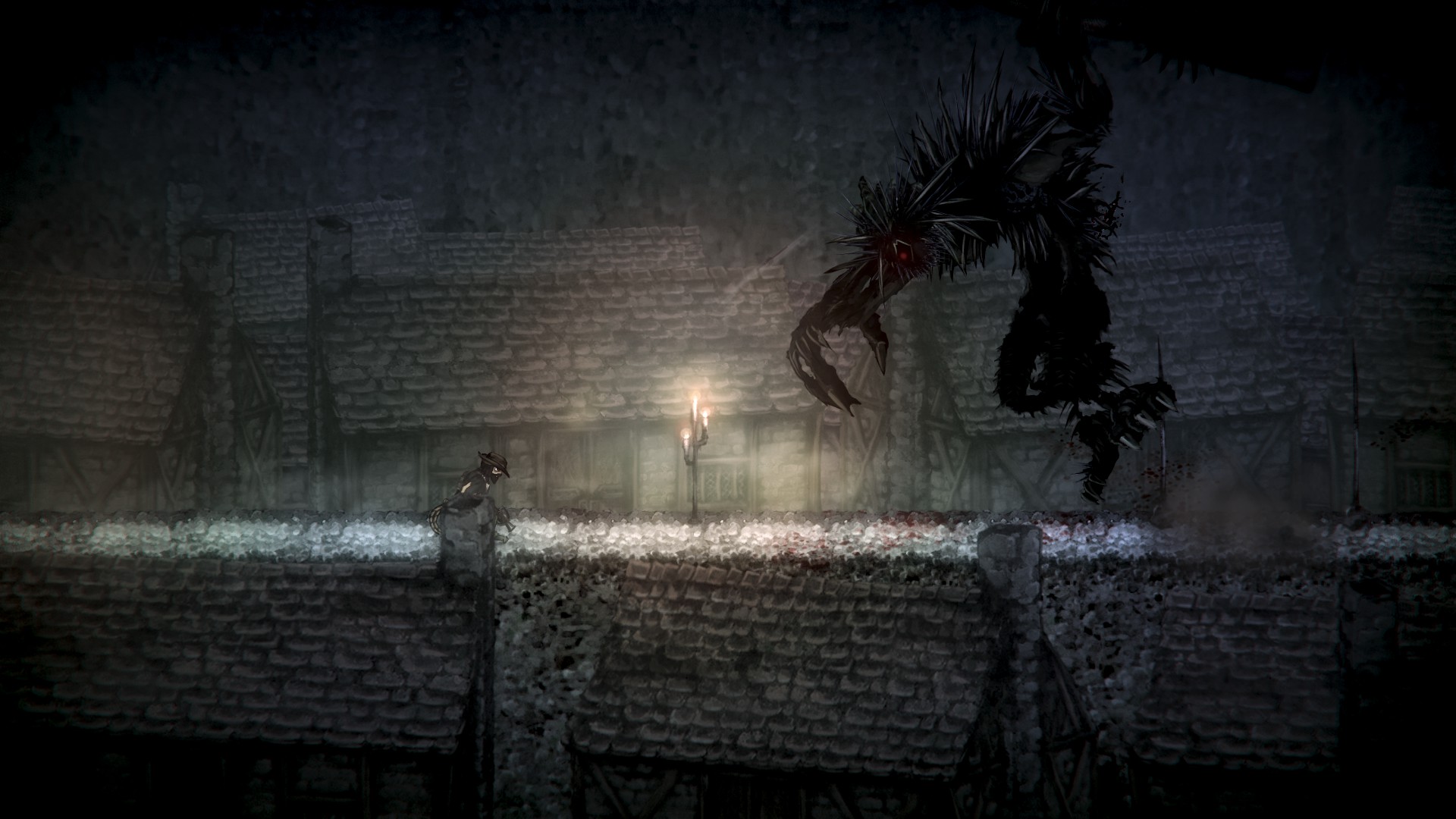 In a day and age where Dark Souls’ inspiration is far-reaching, it’s not hard to find clones that fail to impress in the same way the source of their inspiration has. Thankfully, Salt and Sanctuary doesn’t have that problem. While the game doesn’t hide the source of its inspiration, it manages to offer a unique and awesome experience that stands on its own two legs in spite of the fact that it isn’t wholly original. The game is most easily described as Dark Souls reimagined as a two-dimensional experience, but that description doesn’t give enough credit to all of the unique things that Salt and Sanctuary brings to the table.

True to its inspiration, Salt and Sanctuary is all about improving through trial-and-error and gradually progressing through a campaign that is equal parts challenging and rewarding. You’ll get brutally murdered after encountering a new kind of enemy, then spend a ton of time learning their positioning and behaviors to overcome them, only to immediately be destroyed in the following area by the next challenge that lies in wait. Then, when you finally reach a boss, you’ll get your ass handed to you half a dozen times before finally claiming victory. Just when you think you’re beginning to master the game, Salt and Sanctuary throws a new challenge at you that makes you reconfigure your thinking and devise a new strategy.

One such obstacle for me concerned a particularly beefy boss called the Kraekan Cyclops. Early on in the fight, I found my opponent slow and easy to block or dodge, and get a few swings in before the beast could recover. But once I had done enough damage, the creature began to follow-up each of its attacks with a much faster attack that complicated matters and made it almost impossible to tank my way through. I ended up having to find creative ways to land a single hit here and there, with just enough time left to raise my shield before its next strike. Adaptability, quick reflexes, and keeping one’s hubris in check are some of the core disciplines you’ll need to master if you hope to overcome each new challenge and win the day.

Salt and Sanctuary’s difficulty isn’t always well-designed, though. I’m all for punishing levels which require you to recognize attack patterns and improve as a player, but sometimes the game artificially increases its difficulty by doing things like pitting you against completely invisible enemies that do a ton of damage or allowing enemies to clip through the environment and kill you in a manner that defies physics. These moments aren’t numerous enough to ruin the experience, but certainly add an unnecessary layer of frustration to a game that already demands a lot of patience from the player.

There are a variety of different classes to choose from, each with a distinct playstyle, strengths and weaknesses. You can try and keep your distance as a mage, get up close as a knight, go full-Bloodborne as a hunter, and much more. No matter your preference, you’ll find yourself with no shortage of challenging encounters, unique weapons and armor to utilize, helpful skills and items to purchase. You’ll also be asked to choose a God to worship, which affects the items you’ll have access to, the aesthetic of the sanctuaries (Salt and Sanctuary’s version of “bonfires”), and which factions will be accommodating to you. All of these choices have a massive impact on the experience you’ll have in the game, which gives the experience a ton of replayability and variety.

The only safe spaces you’ll have in the unforgiving world of Salt and Sanctuary are known as sanctuaries. Here, you’ll be able to heal up, level up, purchase items and equipment with salt or gold, and gain new skills and abilities. Each of these areas can also be customized by “making an offering,” which summons a different vendor to the sanctuary. Vendors can sell unique items, allow you to fast travel to other sanctuaries, upgrade your equipment, or even let you bring a friend into the game via couch-co-op.

Multiplayer is limited, and seems to have been an afterthought more than anything else. If the right kind of vendor has been summoned to a sanctuary, you can “hire a mercenary,” which becomes the avatar for a second player, but has limited capabilities compared to the main character. There’s no PvP of any kind, and no way to bring your own character into someone else’s game. That said, enjoying Salt and Sanctuary with a friend certainly helps add some variety to the game, and can make the going a bit easier when you’re struggling with particularly challenging sections of the game.

Although you’ll visit a diverse number of areas and confront all manner of horrors, the game won’t always look or perform well throughout your journey. On the Switch, framerate dips aren’t uncommon, which can especially be a pain for a game which demands quick reaction times. In portable mode, you’ll struggle to see enemies, objects, and many elements of the UI, due to things being incredibly small on-screen. The Switch has plenty of room to show all these things, of course, but bizarrely the game gives the player a distant view that will often leave you squinting. The game is also often far too dark to see many things in the game, even when turning the brightness all the way up. If you happen to be playing anywhere with sunlight, this issue becomes exponentially worse. At times, I simply had to stop playing until I got somewhere more dimly lit.

Salt and Sanctuary’s visuals harness a simplistic, dreary aesthetic that’s reminiscent of the Dark Souls series, though the art style isn’t always consistent. For example, most of the environments are dark, creepy, and incredibly detailed, while other things, like the playable characters and NPCs, are goofy-looking and cartoony. The sound, on the other hand, is thoroughly enjoyable, with high-quality sound effects and tense music (especially during boss fights).

Salt and Sanctuary isn’t the most original game in the world, but Ska Studio’s take on a 2D Souls game has enough going for it to stand on its own two legs. It’s held back somewhat by occasionally cheap difficulty spikes, performance issues, and a bizarre tendency for things to appear too tiny or dark to be perceived when in portable mode, but none of that should deter you from picking the game up if you’re looking for a game that will kick your ass.

You know that jerk online that relentlessly trash talks you after every kill? That guy was probably Travis "Tie Guy" Northup. Competitive, snarky, and constantly wearing a tie, Travis has been writing his opinions about electronic media since he was a teenager, and is pretty much the only person to hold his opinions in high regard.
Related Articles: Let's Play, Salt and Sanctuary
Share
Tweet
Share
Submit