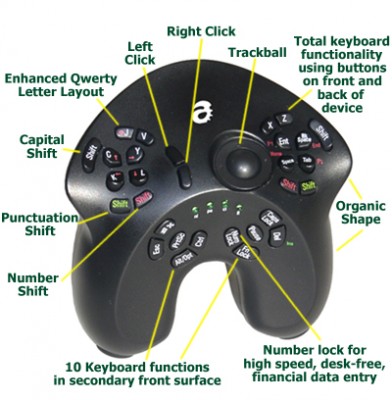 I’m not a huge fan of third party controllers.  There are a few companies that can do it right, but for every one of those there are ten that release unholy abominations that are more punishment than good.  Whether it’s the horrible Spaceorb 360, the Alphagrip, or even the first party Atari Jaguar and Sega Saturn 3D controllers, when you’ve got a bad controller in hand, the cramping in your tendons will let you know.  When I see controllers like the two below heading my way, I’m reminded why I don’t typically do reviews on controllers.

KILL IT WITH FIRE!

There are a few exceptions that, through extensive research and a little bit of trial and error, have brought some solid controllers to market.  One company that has gotten it right the vast majority of the time is PowerA.  This holiday season they’ve brought the Xbox One Spectra Illuminated Controller to market, and it was time to see if this thing was more than just a handful of blinking lights.

For a moment, imagine where your hands go. Then imagine the horrible cramps.

A quick look at the box gave me immediate pause.  The controller sports 15 different LED colors, four brightness settings, three illumination modes, two separate lighted areas.  It also advertises that it has dual rumble motors, no batteries required, has “impulse triggers”, “bioluminescent D.N.A.”, a 9.8ft cable, and is “noob free”.  I’ve been at this for more than a decade and a half and I have no idea what two of those things mean without some context.  With a wince I popped the seal on the box.

The Spectra is comfortable, and without the lights on or off looks pretty slick.

It would be easy to imagine that PowerA sourced their parts from the same place Microsoft sources theirs.  The controller has what seems to be nearly the same buttons, D-Pad, and thumbsticks.  The triggers are angled almost exactly the same, albeit with a slightly stiffer spring.  The bumpers are slightly smaller, though they extend to the edges as much as the first party controllers, just not as far towards the center.  They do seem to have the same amount of pressure required to actuate, though.  The round View and Menu buttons replaced on the Spectra by parallelogram-shaped buttons.  Between them is the Xbox Guide button.  The shiny silver one from Microsoft is replaced with one more similar to the one found on the Xbox 360.   Pack all that together and you have a very serviceable controller that functions all but exactly like the first party version.

The “impulse triggers” feel like the Xbox One triggers because they are clearly the same technology.  All the “impulse” part means is that the controller has rumble motors behind the triggers — something fantastic for driving games, giving a real feeling of acceleration and braking.  It ups the game from “controller that just vibrates” to something that feels like it more accurately reflects the road or gun recoil in your favorite shooter.

A comparison shot of current and previous gen Xbox controllers

The biggest lure, if you read the literature on the box, is the lighting engine in the controller.  On the underside of the controller (where the battery compartment would be if this wasn’t a corded controller) there are three buttons.  The topmost button toggles through 17 lights on the front center, with the 18th position being the unlit silver default.  The button closest to the bottom toggles through, again, 17 lights on the grips, with the 18th leaving them black.  In the middle of those two buttons is a four-level toggle for brightness that adjusts both sets of lights.  It’s also possible to set the lights to cycle on their own.  As I mentioned before, the cord attached is 9.8 feet, complete with an easy-disconnect cable in case a pet or child zips by, ensuring the whole console isn’t yanked onto the floor.

On a whim I plugged the controller into my PC.  While it did light up, unfortunately it was not recognized by the computer.  I installed the Xbox One controller drivers when they first came out, but nothing I could do would make the Spectra work on my computer.  A quick search and a chat with some friends revealed that the Spectra will work with the “Major Nelson” drivers you can find right here.  While it may not be advertised as a PC controller, it seems that this controller will serve that function as well.

There is one big feature missing from the feature list of the Spectra – microphone support.  If you are gearing up for Call of Duty: Advanced Warfare or Destiny and want to coordinate with your fireteam, this controller is going to present a problem.  There isn’t a front port on the Spectra, so no Xbox One accessories current or upcoming, will work with this controller.  The device comes in at $49.99 — a full $10.00 cheaper than a full priced first party controller.

The Spectra is solidly constructed and serviceable third party controller. While the lights may or may not be your thing, it does a good job as a guest controller -- as long as you don’t need chat support.

Ron Burke is the Editor in Chief for Gaming Trend. Currently living in Fort Worth, Texas, Ron is an old-school gamer who enjoys CRPGs, action/adventure, platformers, music games, and has recently gotten into tabletop gaming. Ron is also a fourth degree black belt, with a Master's rank in Matsumura Seito Shōrin-ryū, Moo Duk Kwan Tang Soo Do, Universal Tang Soo Do Alliance, and International Tang Soo Do Federation. He also holds ranks in several other styles in his search to be a well-rounded fighter. Ron has been married to Gaming Trend Editor, Laura Burke, for 21 years. They have three dogs - Pazuzu (Irish Terrier), Atë, and Calliope (both Australian Kelpie/Pit Bull mixes).
Related Articles: Spectra Illuminated Controller
Share
Tweet
Share
Submit