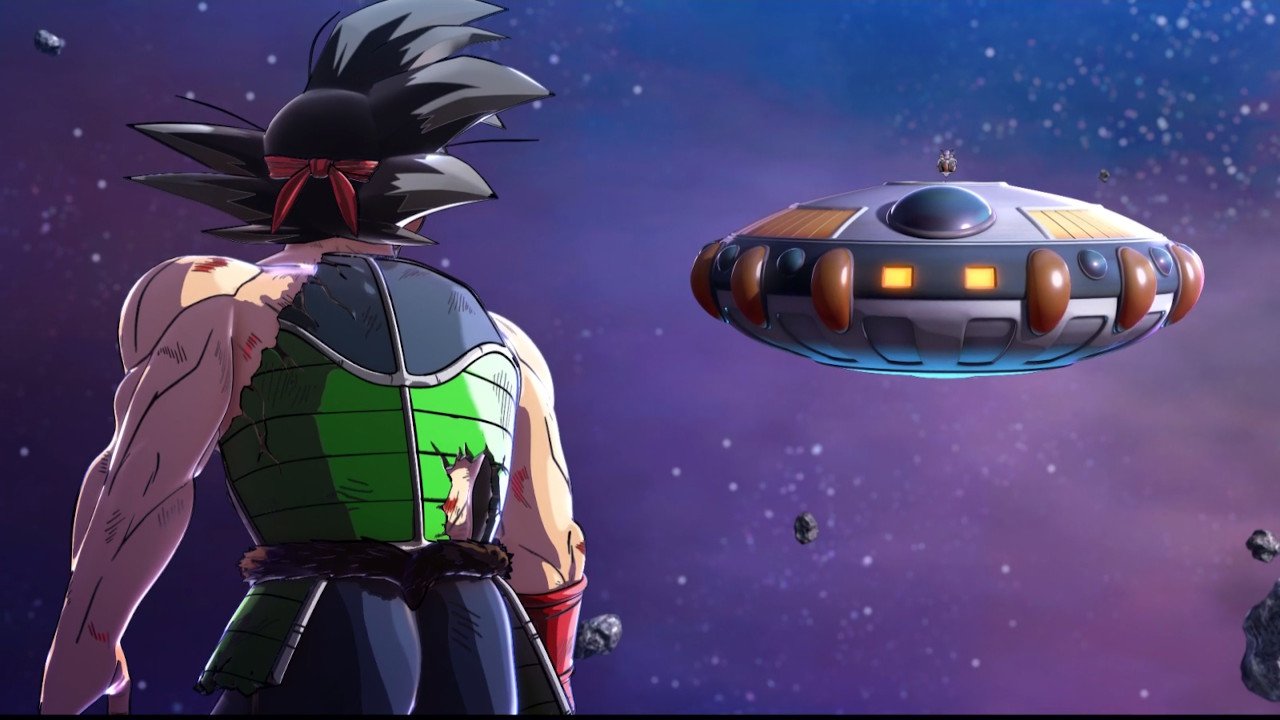 Dragon Ball comes back to Nintendo with Xenoverse 2

Dragon Ball games have a usual formula to them: you go through the Dragon Ball Z stories, fight all of the enemies in their respective arcs, and sometimes go through different “what-if” scenarios. Xenoverse 2 understands that players already know the story of Dragon Ball Z, and instead task the player with fixing the timeline to bring it back to something more familiar.

As you begin Xenoverse 2, you create your own hero with options such as hairstyle, clothing, and even species (Saiyan, Earthling, Namekian, Frieza Race, and Majin) and are recruited by Trunks and the Supreme Kai of Time to fix the damage caused by a mysterious cast of foes. Instead of running through each story normally, you fix the damage caused by these foes to bring the story back on track.

For example, in one chapter early on, Goku doesn’t make it to fight Nappa and Vegeta because he is stopped by Turles, from Dragon Ball Z: The Tree of Might. To get him on track, you have to help Goku beat Turles so he can get to Gohan before Vegeta and Nappa wipe them out.

This is a great change from the first Xenoverse, as enemies were simply just powered up versions of the same storyline fights instead of having a character thrown in to change things. However, Xenoverse 2 eventually falls into this pitfall as well, having some enemies simply powered up instead of adding another foe later on.

Beyond the story, this game is filled to the brim with content including sidequests around the fully explorable map, parallel quests that can be teamed up with people online using your character or any unlocked Dragon Ball series characters, and training quests where you can talk to Dragon Ball Z characters and ask them to train you, earning the ability to learn their moves.

The Nintendo Switch version has a few exclusive surprises that the other versions of the game did not get. One are motion controls for moves. While they’re not entirely useful in quick-paced combat, they’re accurately read. Unlike Ultra Street Fighter II’s motion control mode, these controls were actually reliable, giving me feedback if my super moves were being performed correctly. It wasn’t practical, but damn did I feel cool.

Another added feature is the downloadable inclusion of Legend Patrol Quests, which are the quests from the first game playable in the style of the second. This is a great addition for strictly Nintendo players as they can finally experience the story of the first Xenoverse.

One of the coolest parts of Xenoverse 2 on Xbox One and PlayStation 4 was the ability to link your save data to the first Xenoverse. When you do that, the hero from the first game will appear in several spots during the story. However, the Nintendo Switch didn’t receive a port of Xenoverse, so you’re asked to choose the first game’s hero in the town center. To make the Legend Patrol Quests have a larger impact, they could have had you play as the hero you chose, but you are instead playing as your main character. This isn’t a huge deal, it’s just a minor annoyance.

Playing through the Legend Patrol Quests, it becomes painfully obvious how much of the story is similar to the first game. Xenoverse 2 does go into one more saga that the first does not, however. These quests are not required at all, and are only free until October 31.

While this version came out a year after initial launch, it doesn’t include any other DLC packs, though they are all available to purchase separately. Xenoverse 2 is cheaper on the Switch than it was on the other consoles at initial launch, but only at a $10 difference.

The performance takes a hit as well. While you will see 1-on-1 battles hit 60fps, any additional fighters will bring the framerate down to 30fps. The game also only runs at 900p when docks and 720p when in handheld mode. Finally, if you choose to play online, Conton City will see obvious framerate stuttering as the lobby fills with players anxiously looking to pick a fight or do a Ginyu pose.

Past these shortcomings, Xenoverse 2 is a blast on the Nintendo Switch. During my time playing, I’ve never experienced a drop in quality online, be it battles or parallel quests. Since the game is less active than the now-year-old PlayStation 4 and Xbox One version, it was a little difficult finding someone to team up with since the game is not cross-compatible.

When I would get my butt kicked in a story mission, I’d back out, do a few parallel quests or trainer quests, change my moveset, and try again. This made it feel less like I’m working towards beating the game and more like I’m having fun on my own terms.

Bandai Namco made the right decision bring Dragon Ball Xenoverse 2 onto the Nintendo Switch. It’s a solid RPG/3D Fighter with plenty of different things to do. The difficulty curve is high, but there is a lot to learn and master on the battlefield. If the team decides to make a Dragon Ball Xenoverse 3, I’m looking forward to seeing Dragon Ball Super content included and not just as DLC, or even just content from the original Dragon Ball.

Dragon Ball Xenoverse 2 is a competent port on the Nintendo Switch. While it has obvious stutter in the online lobby and the framerate doesn’t match that of its rivaling consoles, being able to play in handheld mode with little difference in quality is a plus and will help you tackle the game’s expansive list of content from anywhere.

Sean Anthony likes to combine two of his passions: gaming and writing. Gaming has been a huge part of his life ever since he played his first game as a child, Kirby's Adventure. He aspires to have his name attached to an article that makes the whole world go, "Huh, that's neat, I guess."
Related Articles: Dragon Ball Xenoverse 2
Share
Tweet
Share
Submit