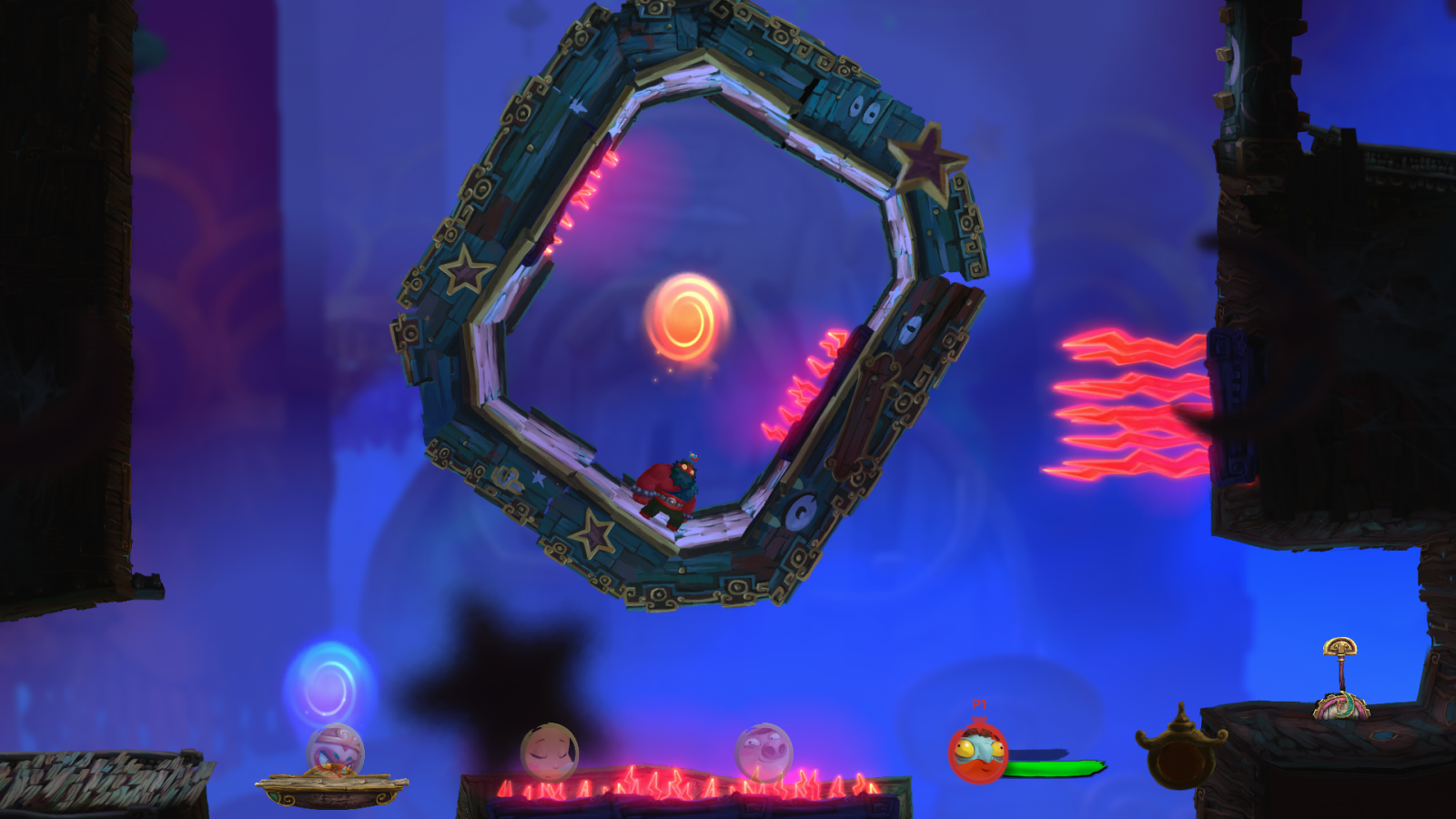 What happens when a team of talented developers takes a classic Chinese novel and turns it into a game of one of the most popular genres around? The answer, with Unruly Heroes, is a less interesting game than you might expect. Developed by Magic Design Studios, which includes several industry veterans who’ve worked on games such as Rayman and Assassin’s Creed, Unruly Heroes is a platformer based loosely on Journey to the West. If your knowledge of 16th-century Chinese literature is a little rusty, you may also recognize that name from the innumerable adaptations that have been made of it, including Enslaved: Odyssey to the West.

In Unruly Heroes, you switch between four characters at will as you navigate your way through challenging platforming levels and massive boss fights. Each character has their own way of moving and fighting; some can double jump while others can float, and their attacks vary in range and power. Each character also gets a special move that’s powered up by defeating enemies and a situational traversal ability. Switching between characters to confront different challenges was fun, but they all felt almost identical to play, despite their obvious differences in attacks and abilities. 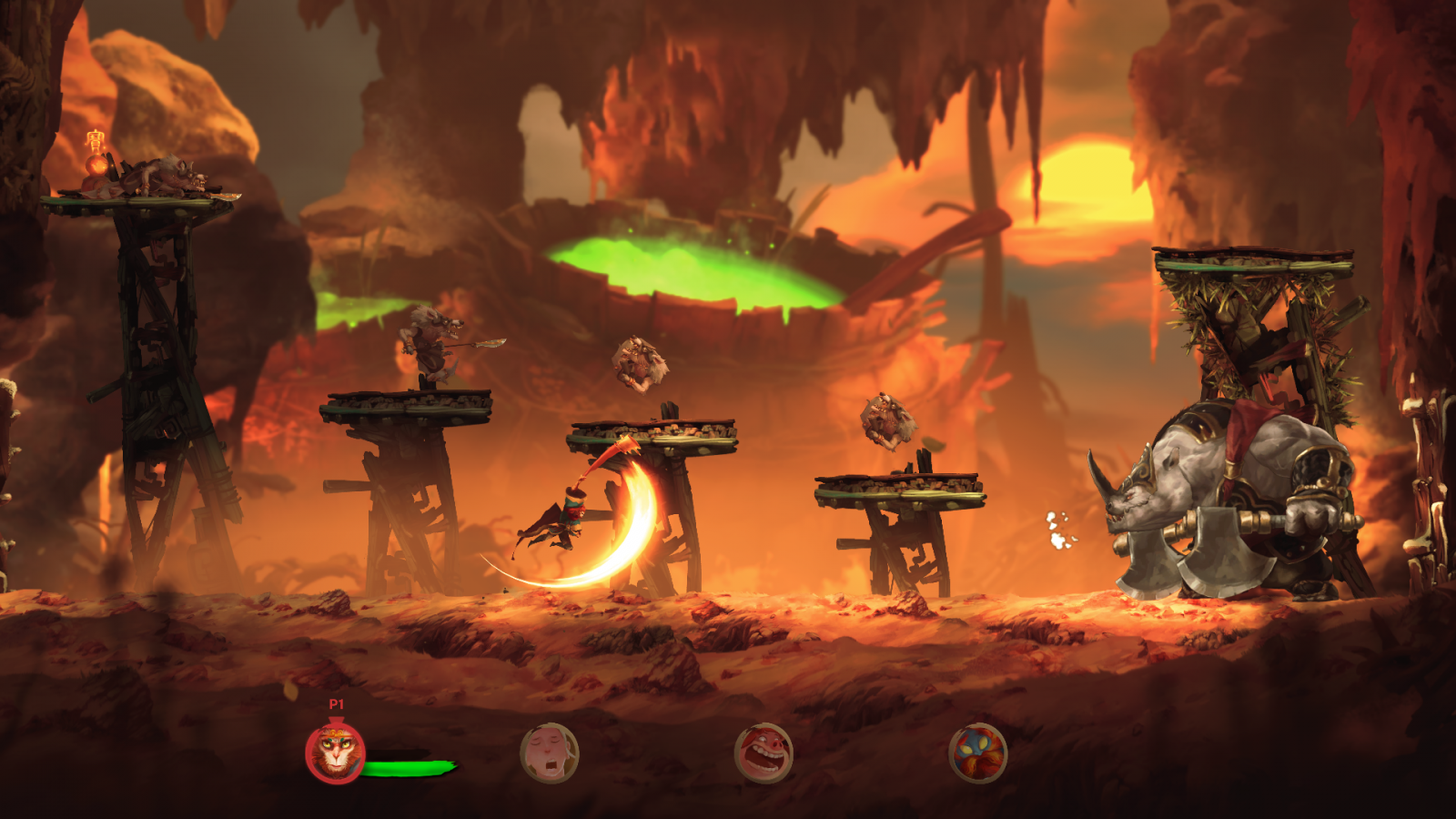 If four characters isn’t enough diversity for you, Unruly Heroes also attempts to keep things fresh by frequently introducing new mechanics. You can go from possessing an enemy to keeping a ship afloat to controlling a roller coaster cart within the span of a few levels. Once you get a little ways into the game, stages also start to include alternate paths and hidden areas. These will often hide coins and scrolls, which can net you new outfits for your characters and new artwork, respectively. Having these completely optional objectives that only reward you with cosmetics is a great way to let players decide to explore and pull off trickier platforming maneuvers if they want to, without punishing others for just sticking to the critical path. Unruly Heroes also has an ample supply of boss battles, each with an interesting and novel trick to it. All considered, these boss battles were my favorite part of the game.

Levels can often be a treat to explore just because of the game’s art style. Everything from backgrounds to characters has a nice hand-painted look, and the characters have smooth, satisfying animations. There’s a lot of character in each design, even if enemy types are pretty limited, and some models seem to be repeated with slight variations throughout the game. 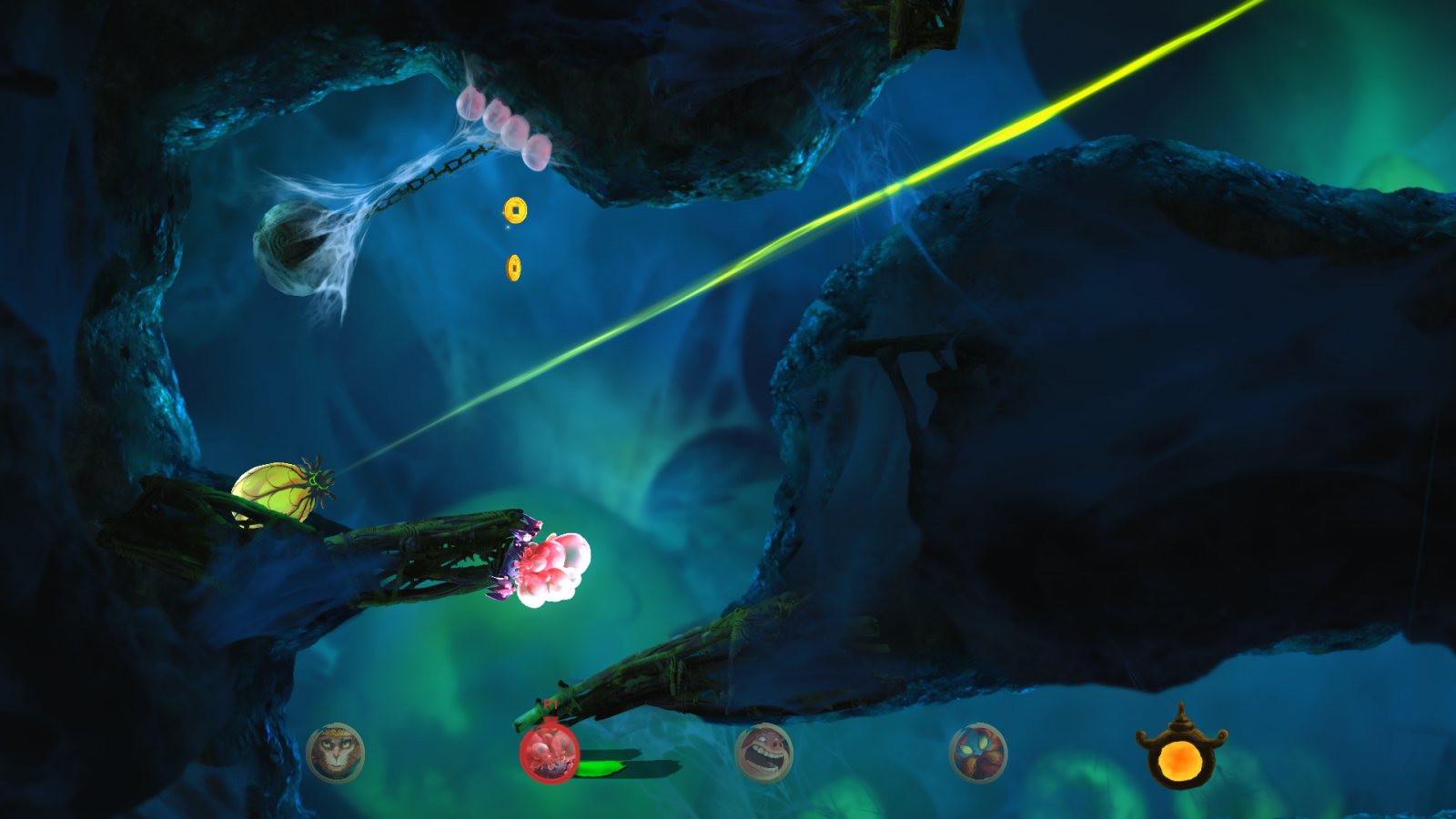 Clearly there’s a lot to admire in Unruly Heroes. Despite all that it has going for it, though, it just never clicked for me. While the main characters are nice to look at, the game makes no attempt to give them personalities, instead relying on side characters to drag the plot along with occasional interjections. Even in gameplay, their only differentiation is the height of their jumps or the range of their attacks. They all felt more or less like slight variations on each other, and I never had a real reason to favor one over the other.

More generally, I just got no joy out of how the game controls. All of the characters felt just a tad too heavy for a fast-paced platforming game, taking a bit too long to turn around when they changed directions and lacking any real momentum in their jumps. In platforming segments, I didn’t get the kinetic sensation that the best platformers (like Rayman) can give you as you hop gleefully from surface to surface. Combat felt just as dull, with the solution to nearly every encounter being to just mash the attack button. 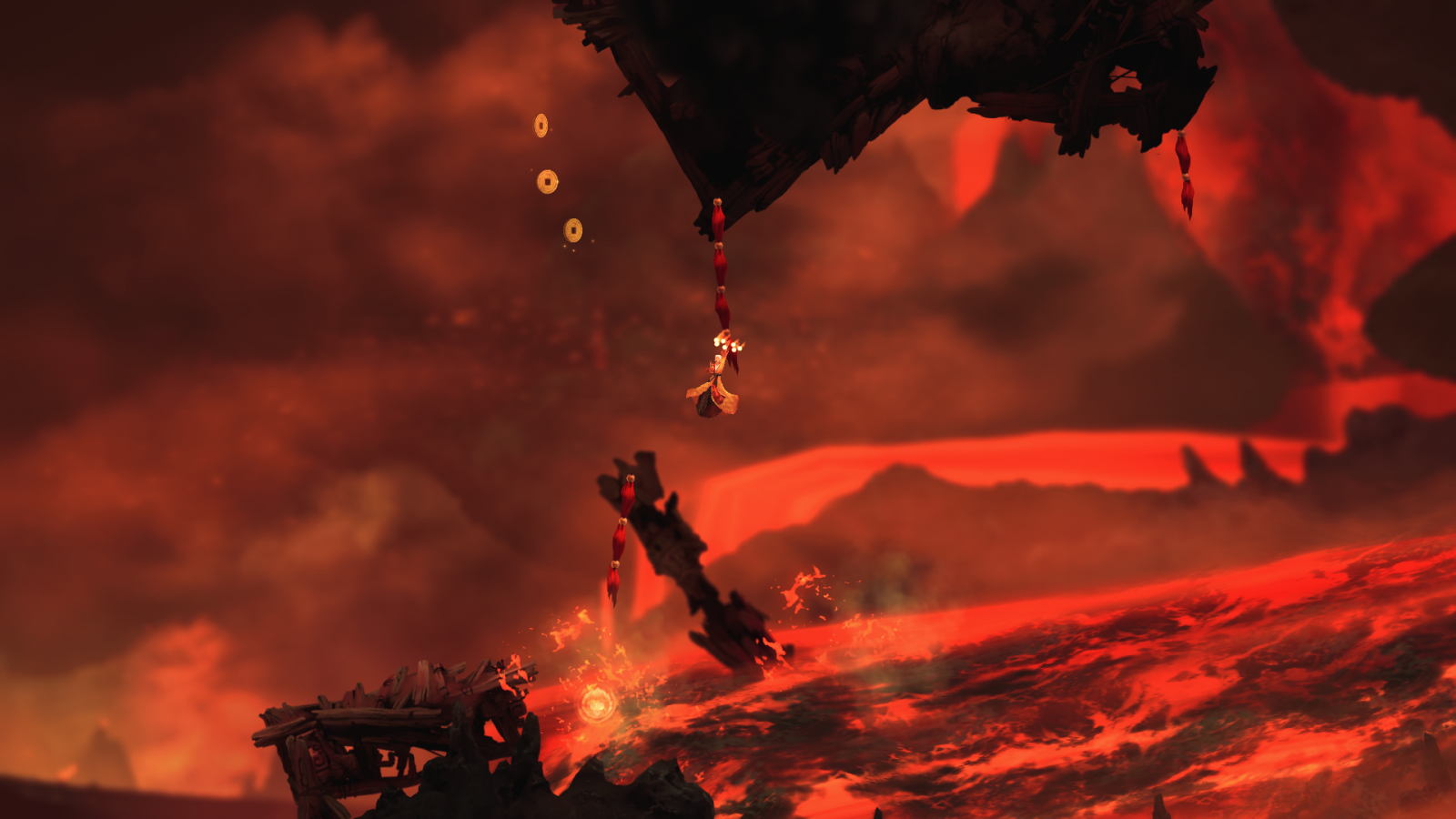 Unruly Heroes is a tough game, but I found it more frustrating than fulfilling. None of the challenges it presents have particularly novel solutions; advancing usually just means following an obvious path and avoiding whatever obstacles are in your way. The same thing could be said about plenty of games if you really boil them down to their basics, but Unruly Heroes doesn’t do much to make that linear progression more enjoyable. It gives you plenty of walls to bang your head against, but not much reward when you finally break through. Its difficulty is also wildly uneven. At some points in the game, I was stuck on literally the same jump for a dozen attempts, only to breeze through the entire next level without stumbling. Having four characters often eases this burden, giving you plenty of chances to fail before you have to go back to a checkpoint. You can even revive fallen characters if you’re just patient enough for their spirits to come floating back to you. However, there are a lot of areas in the game where dying once sends you back to the checkpoint, and I could never figure out ahead of time if dying in any particular spot would be an instant restart or give me another chance.

There’s a lot of good in Unruly Heroes, and I suspect that a lot of people will enjoy the game much more than I did. For me, the dullness of the controls just kept me at a distance and its frustrations outweighed its inventiveness. Your experience may be different, but I just couldn’t find the fun in this game, however pretty it may be.

Unruly Heroes features a mix of platforming and combat with four characters that you can switch between on the fly. With a handful of interesting bosses and plenty of mechanical variation between levels, the game never locks you into one style of play for too long. Ultimately, though, I didn’t find any part of it that much fun to play, which wasn’t helped by its leaden controls and uneven difficulty.

A committed indoor kid, Bryan moved from Pittsburgh to Los Angeles for a prettier landscape to ignore. They can be lured outside with promises of taco trucks and film festivals, and enjoy trawling through used book stores for works on the occult. Bryan has been gaming since the SNES era and is a sucker for good pixel art.
Related Articles: Unruly Heroes
Share
Tweet
Share
Submit