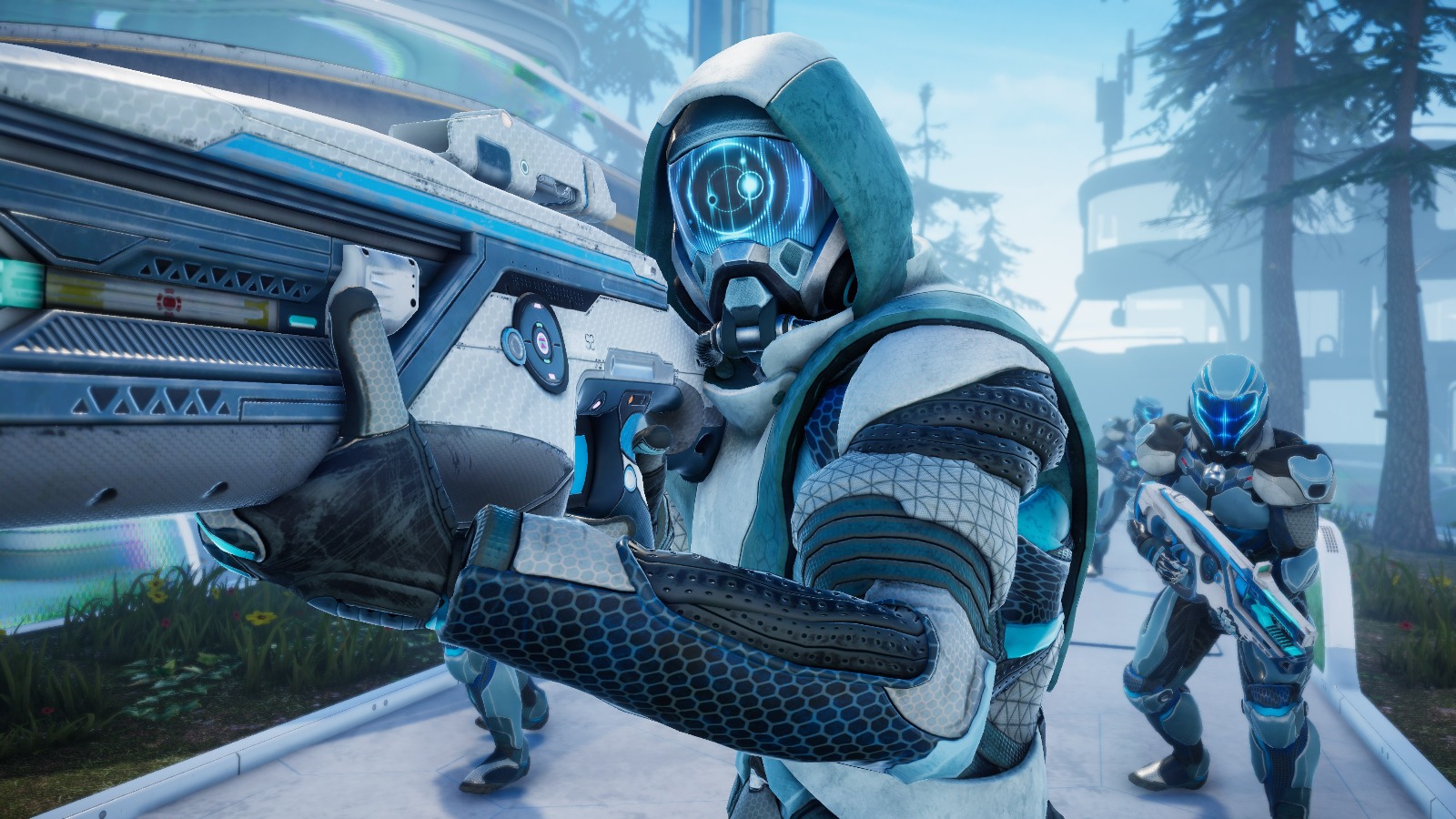 If you can believe it, Phoenix Point first released on PC all the way back in 2019. Since then it’s had a myriad of patches, updates and DLC to improve balance, technical performance, add content, and so on. The culmination of these updates was the Year One edition, which, you guessed it, released around a year later and became the definitive way to play the game. Fast Forward another 10 months and Phoenix Point has made its console debut in the form of the Behemoth Edition. With that history lesson over, one question remains: how does the console version stack up against its brother-in-arms over on the PC?

In today’s review, we’re primarily going to be covering the quality of the console port, so if you’re interested in a full review of Phoenix Point’s gameplay, story, and systems, I’d highly recommend checking out our editor-in-chief’s excellent review here on Gaming Trend. In the console edition, expect to find the same complex, rewarding, and incredibly difficult XCOM-style gameplay that has benefitted from some improvements and tweaks since launch to improve the overall flow and difficulty curve of the game. You also have the 4 DLCs bundled in that open up as you progress through the campaign, and for $39.99 (£34.99), or through Game Pass, there’s a boat-load of content and a good value for money here. Take note, however, that if you’re not well-versed in this type of game you should prepare for a challenge as this one does very little to hold your hand. This will likely be super appealing to some and a little off-putting to others.

So, how does it feel to play Phoenix Point with a controller, rather than mouse and keyboard? Well, as you’d expect for a game that is as much about inventory management and menu navigation as it is about blowing up Lovecraftian terrors, the results are mixed. During missions the controller works great for the most part. You navigate the map using the left stick, and control the camera using the right stick. One slight frustration with this is the right stick’s zoom function, which is essential for getting a full overview of the map as well as highlighting the different layers of the map such as rooftops and second floors. The issue is that sometimes it just doesn’t seem to work, as though the input isn’t registering. I always managed to get it working after a few tries, but it was certainly noticeable.

Controlling your troops on the battlefield works great. To move, it’s as simple as using R1/L1 to select your unit, and pressing X to move to the selected tile. The UI helpfully indicates the maximum distance you can move if you still want to fire a shot. Shooting is also user-friendly; simply press the L2 button to line up your shot, and cycle through targets in the same way you would cycle through your units. Free-aim, Phoenix’s Point’s unique mechanic that allows you to target particular body parts of your foe (think Fallout’s VATs system) for specific advantages works just like any other shooter. You can also select other abilities using the directional buttons. 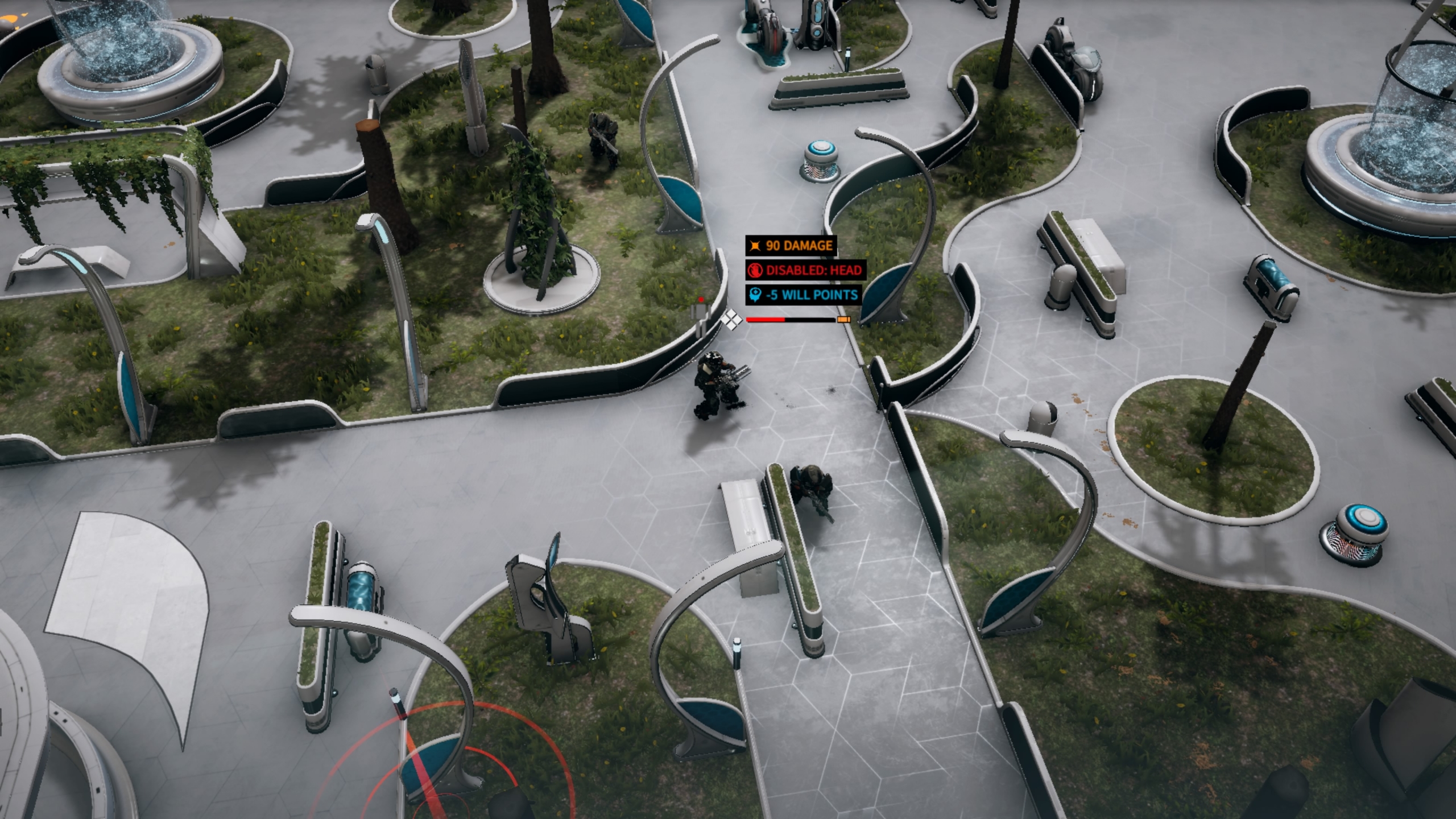 Tooltips suffer from the same issues that many information-heavy console ports have, in that you have to select the skill / item etc in order to read the tooltip. This can never replace the ability to simply hover over it with a mouse on PC, but there isn’t really any way around it (other than perhaps employing a ‘virtual mouse’ that works so fantastically in FF14). We won’t be taking any marks off for that.

A slight pain point during missions in the inventory management, which is rather fiddly. In Phoenix Point, you are given the option of having three ‘active’ items at one time, whether that be weapons, ammo, healing items, grenades, and so on. The benefit of having ‘active’ items is that they take less action points to use when used from an active slot, rather than a slot in your backpack. Reloading, for example, is more efficient if you have a mag in one of your active slots. When picking up items, you can press one button to place it into your backpack or another to place it into an active slot. I found it a little difficult to juggle items in this system as to replace a specific item in your active slot, you have to first put it into your backpack and then replace it with the desired item. For me, it would have been far more straightforward to simply select an item and place it where you want, although I understand that the current system makes things more efficient for those who master it. Perhaps the option of both would be nice.

You spend almost as much time out of missions than you do in them. Time spent out of missions involves managing your units, exploring the overworld, levelling up your bases, researching enemies and new technologies, and conducting diplomacy with the game’s various factions. There are A LOT of menus to support this, and you’ll be primarily using the triggers to navigate through the various menus and submenus and using the main buttons to make actions. Honestly, it can feel quite overwhelming, again due to the fact that you need to use the left stick to select tooltips rather than simply hovering over them. It’s so much more convenient to do this with a mouse. 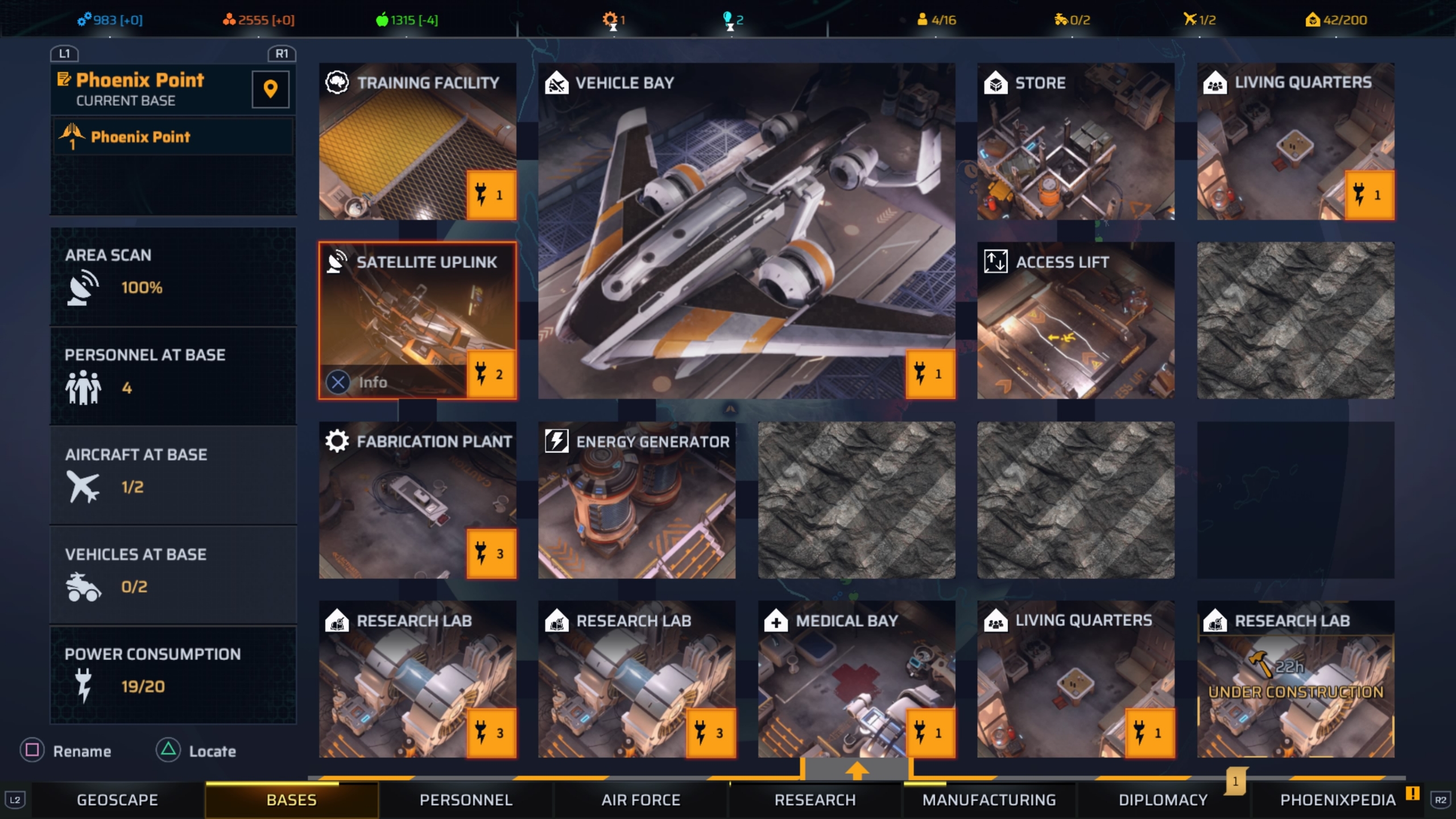 Overall, Phoenix Point: Behemoth Edition does the best it can to enable player’s to enjoy the game using a controller. It’s neither efficient nor perfect, but if you are committed to mastering the controller then it should not detract from your enjoyment all that much. If you’ve played other menu-heavy strategy games with a controller before, then you’ll likely have an easier time than I did.

When the console version really stumbles, however, in technical performance. I played the game through backwards compatibility on the PS5, and suffered with long load times, low and stuttering frame rates (especially when zoomed out, and when transitioning from third-person to overhead view), and various graphical glitches. One of the most noticeable rough edges is when the game often freezes for around half a second after taking a shot. It’s not a deal breaker but it just doesn’t feel like a high-quality, polished product. Another thing that stuck out to me was how a unit doesn’t react to being shot until a couple of seconds after impact, which takes you out of the immersion. Finally, the game takes far too long to process enemy turns, and you can sometimes be staring at an enemy for five or more seconds before they decide to make their turn, which significantly impacts the flow of the game. It’s especially painful when the enemy AI has a dozen or so turns to make. While I never experienced a crash, I know others who have.

To their credit, Snapshot Games have addressed the technical performance publicly, putting many of the problems down to memory leak issues. They’ve been incredibly transparent, and while they have admitted that it isn’t an easy problem to fix, they are working on a patch that will hopefully result in better performance. If you are thinking about picking up the game, I would advise waiting on that patch to see if there are any noticeable improvements.

Phoenix Point: Behemoth Edition offers the same wealth of content available on the PC, and the controller support is good enough for those willing to overlook some fiddly inventory and menu management. However, the technical performance is far beneath what it should be, so your best bet is to wait for the promised patches to arrive, or simply enjoy a smoother ride on PC if you can.

Kristian (or Kris for short) is a copywriter by day, button presser by night. Based in the UK, Kris loves any game that allows him to swing a sword, fire an arrow, or sling a ball of fire, but ultimately he's not too fussy. On the rare occasion Kris isn't writing or gaming, you'll probably find him in the bath with a good book.
Related Articles: Phoenix Point: Behemoth Edition
Share
Tweet
Share
Submit