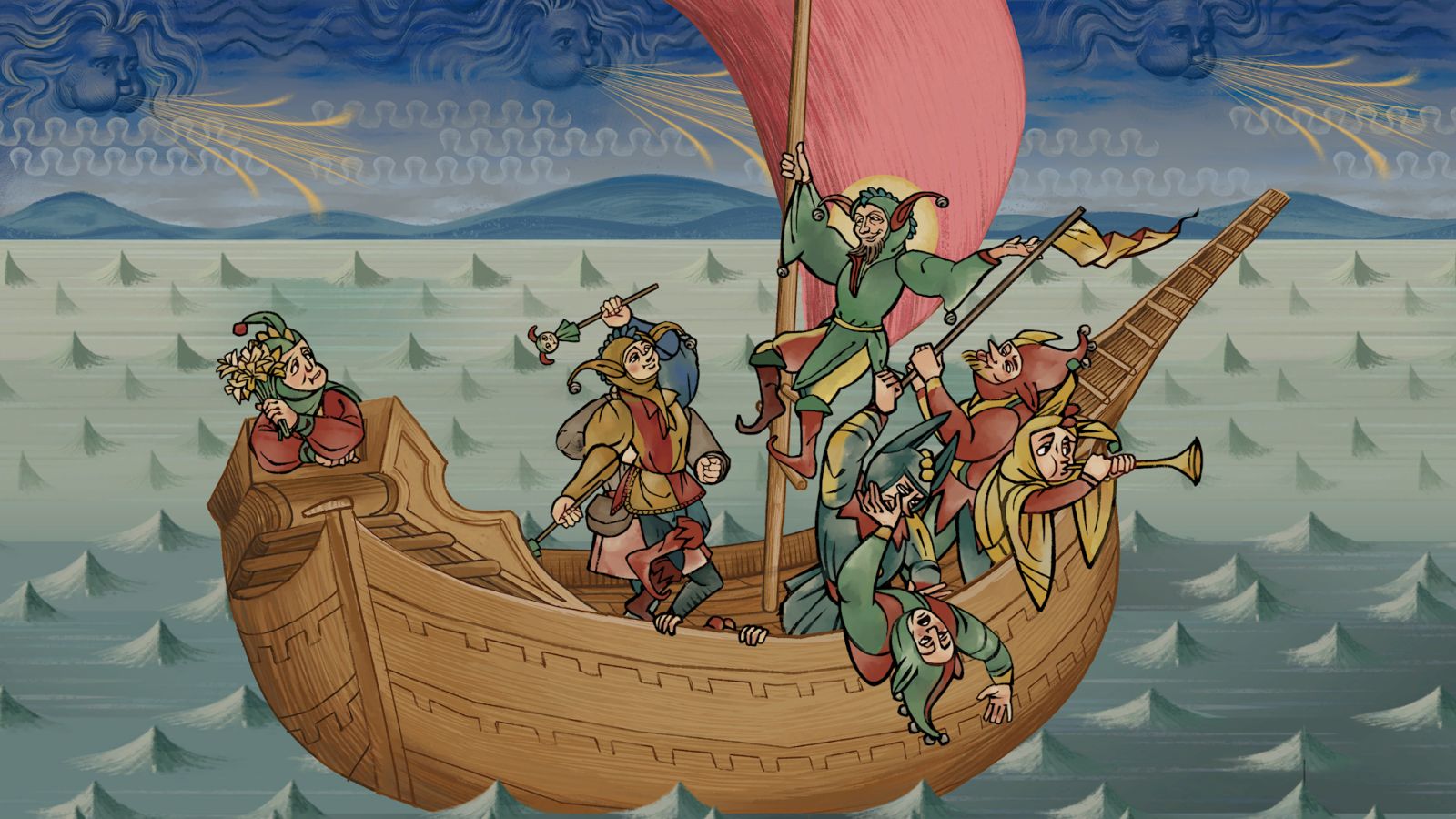 I love history, and I’m a licensed minister. Turns out, this whimsical looking game called Pentiment is somewhat made for me. It’s looked intriguing ever since being announced at Xbox’s summer showcase, and finding out a crew of only twelve put it together made it all the more alluring. After sinking fifteen or so hours into Pentiment, I have plenty of thoughts, like how allowing people to work on passion projects can often be the best way to utilize them.

Pentiment takes place in the 1500’s, and you start as Andreas Maler, a painter looking to move into the upper echelon of his profession. It should be a cinch, he’s from a good family, has an education, and he’s working on a masterpiece commissioned by the abbey he works for. What could possibly be the hold up? Well, personal issues aside, murder abounds in the quaint area of Tassing, a town in Bavaria. A friend is accused of said murder, who couldn’t have possibly done it, and it’s up to Andreas to butt in if the real killer is to be found. 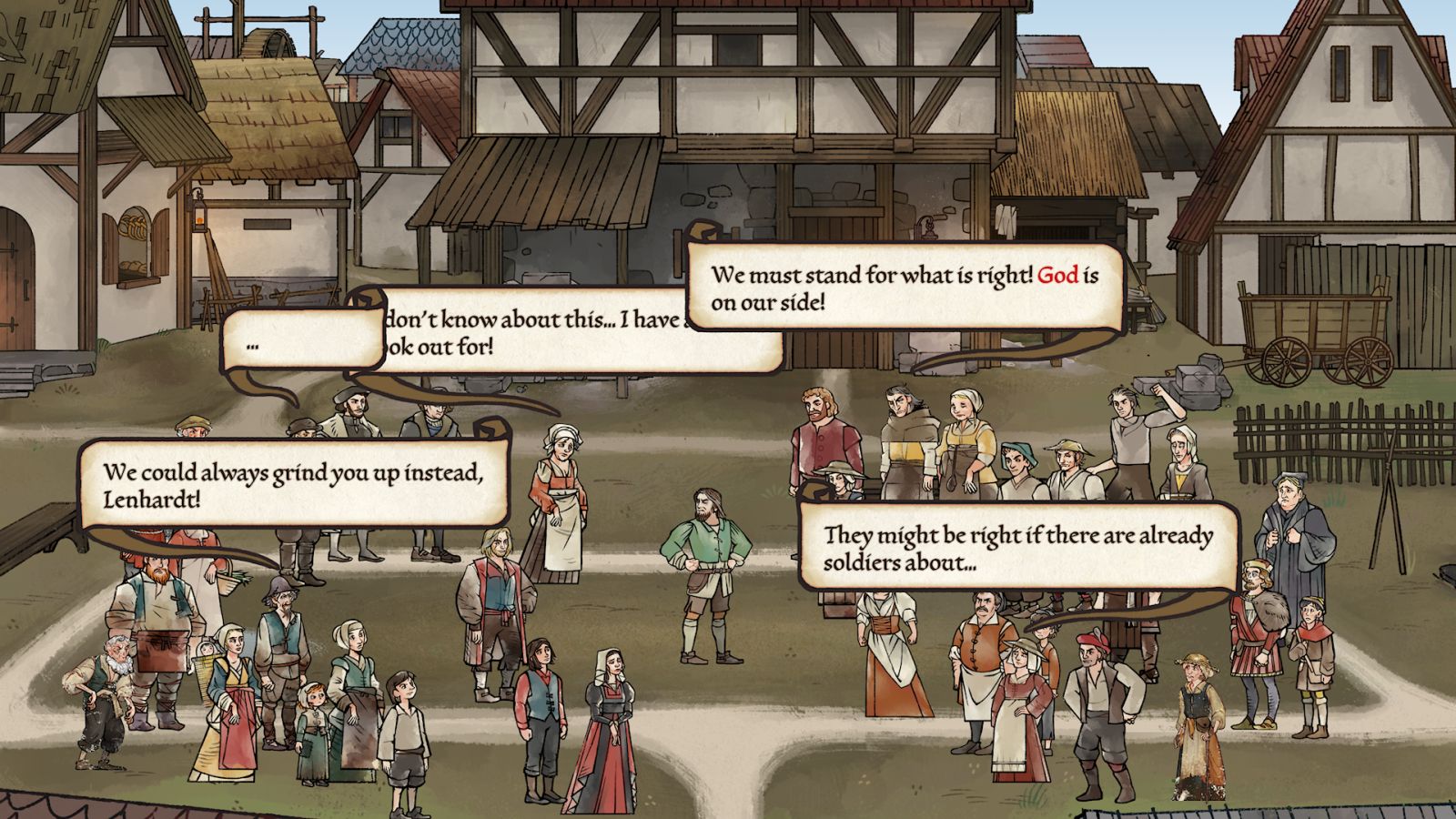 What’s insane is this is really only the beginning, with an initial first act that’s so long and rewarding I thought I was finished. What Pentiment does that feels different than others is streamlining its experience. Instead of going into a room and having fifty different things to look at or people to talk to, there’s only a few options in front of you and they’re very clearly marked. Sure, there are spots where you’ll talk to a lot of people, but they are few and far between. Similarly, items don’t come into play beyond you picking them up and placing them in an invisible inventory, with the character using them only to further dialogue. I like the straightforwardness of Pentiment, and it makes it easier to approach.

Dialogue is what the game is based on, and it’s an immaculately crafted tale that sucks you in. Andreas starts as a bit of a blank canvas, but you have a few different decisions to make that will influence how he interacts with people. For instance, simply choosing to have majored in Theology meant Andreas could use different Scriptural principles or quote them directly in response to specific situations. This can lead to making a bigger impact on people, and that’s for better and for worse as they will remember what you say, even leading to moments where convincing them to do something could be on the line. It’s not necessarily a new thing; we’ve done similar in Fallout or The Outer Worlds with charisma points, but it feels like an expanded and refined system that works amazingly well. 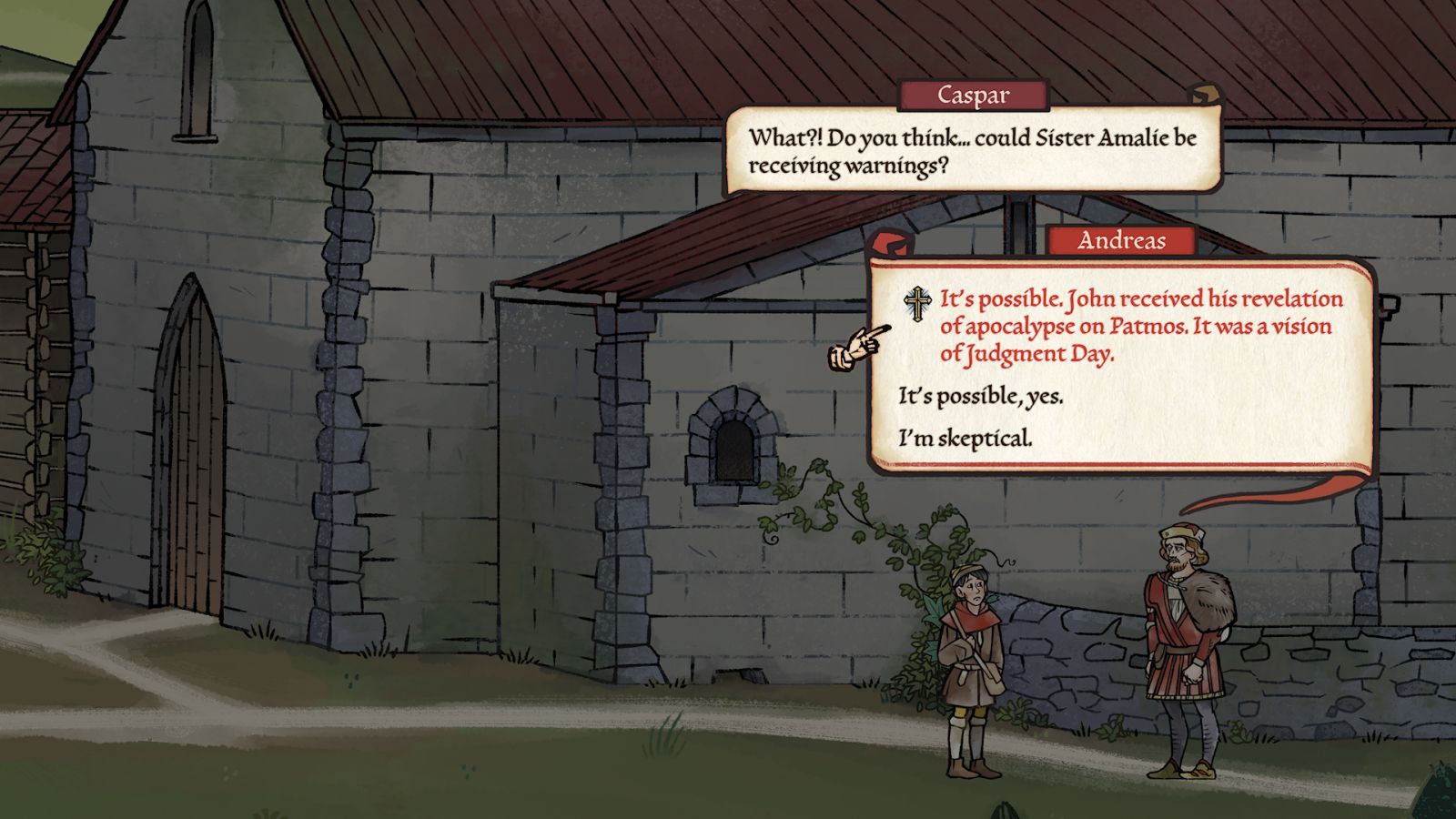 What’s really remarkable about Pentiment is how the dialogue feels so natural. Having conversations with people feels like something I’m doing every day, showing Obsidian has a handle on human interaction. The story feels like a massive labyrinth, and even knowing that anything you say could change the rest of the game, it doesn’t feel forced but happens organically. Trust me, there are plenty of twists that must occur; the story has certain set pieces that have to happen, but it always seemed like I chose the path.

Something else that will influence how you utilize your investigative skills is the passage of time. I’ve brought up Dead Rising’s multi-day system to others as an example, but it’s not a perfect one. Each day has a few blocks it follows, and you usually will have at least two of them to follow specific leads. You’ll have conversations with some that only occur at specific times of the day, and some interactions that will take that entire block to accomplish. Where things got really interesting is how this pulls you in the murder mystery; I can only assume I’ve made the right choices, but you’ll have to abandon some paths in order to fully investigate others. This means you’ll want to play Pentiment a few times to really flesh out the narrative, especially as it doesn’t ever insinuate whether or not you’ve made the right choice. I don’t always like things being so vague, but in this genre and medium it’s perfect. 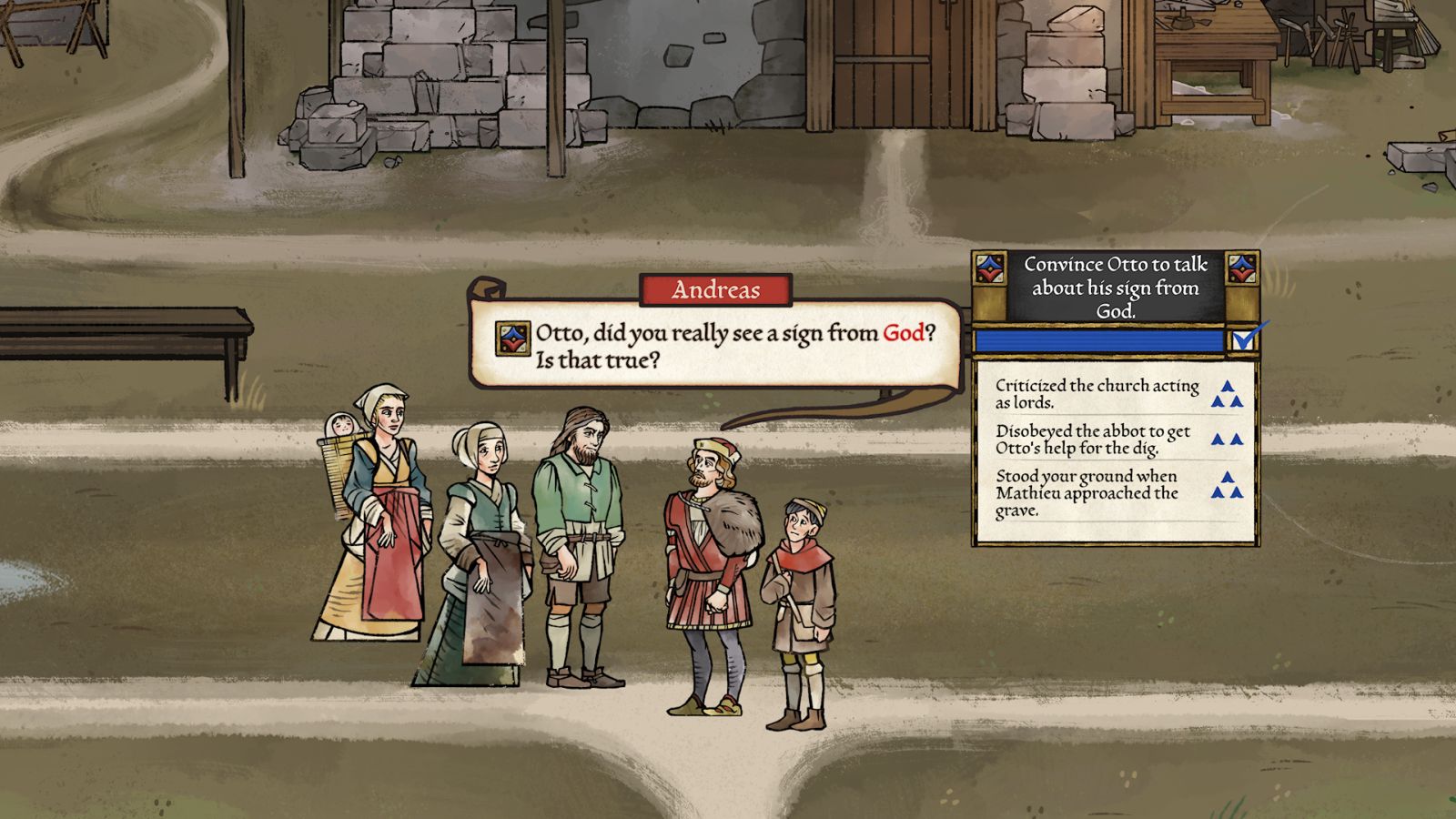 Another thing that’s perfect: the art style. Pentiment takes on the visage of its setting, the books of the time. This medieval era of art really pops, with crisp and clean animations satisfying to the viewer. I’ve played the game mainly on the Xbox Series X, and everything flows beautifully, just like a brush across a canvas. Unfortunately it’s not as smooth on the Xbox One, with plenty of loading and a couple of stutters along the way.

The narrative runs strong in Pentiment largely because of the character development the game builds. The three acts you’re able to play occur in the same place for the most part, opening little areas you may not have touched before. Josh Sawyer and Obsidian handle this flawlessly, having you retread familiar ground, like re-visiting a city you used to live in. Only a couple of things have changed in the setting, but because the characters are the main backdrop you feel the differences since you last graced Tassing.

Each of the families are also a joy to talk to, with unique personalities that carry the game forward. The longer I played, the more I felt involved in their lives. Andreas really is me, an outsider with the opportunity to become a part of this village. Throughout the entirety of Pentiment you get to see the results of your actions, and to keep things non-spoilery, there’s even a moment where you can choose if you feed a cat in a cellar, which comes back to a bunch of cats living in said area years later. Everything you do in Pentiment has a purpose, and because of that you feel rewarded every time you spend a moment with these characters. Besides the fact they’re incredibly written. 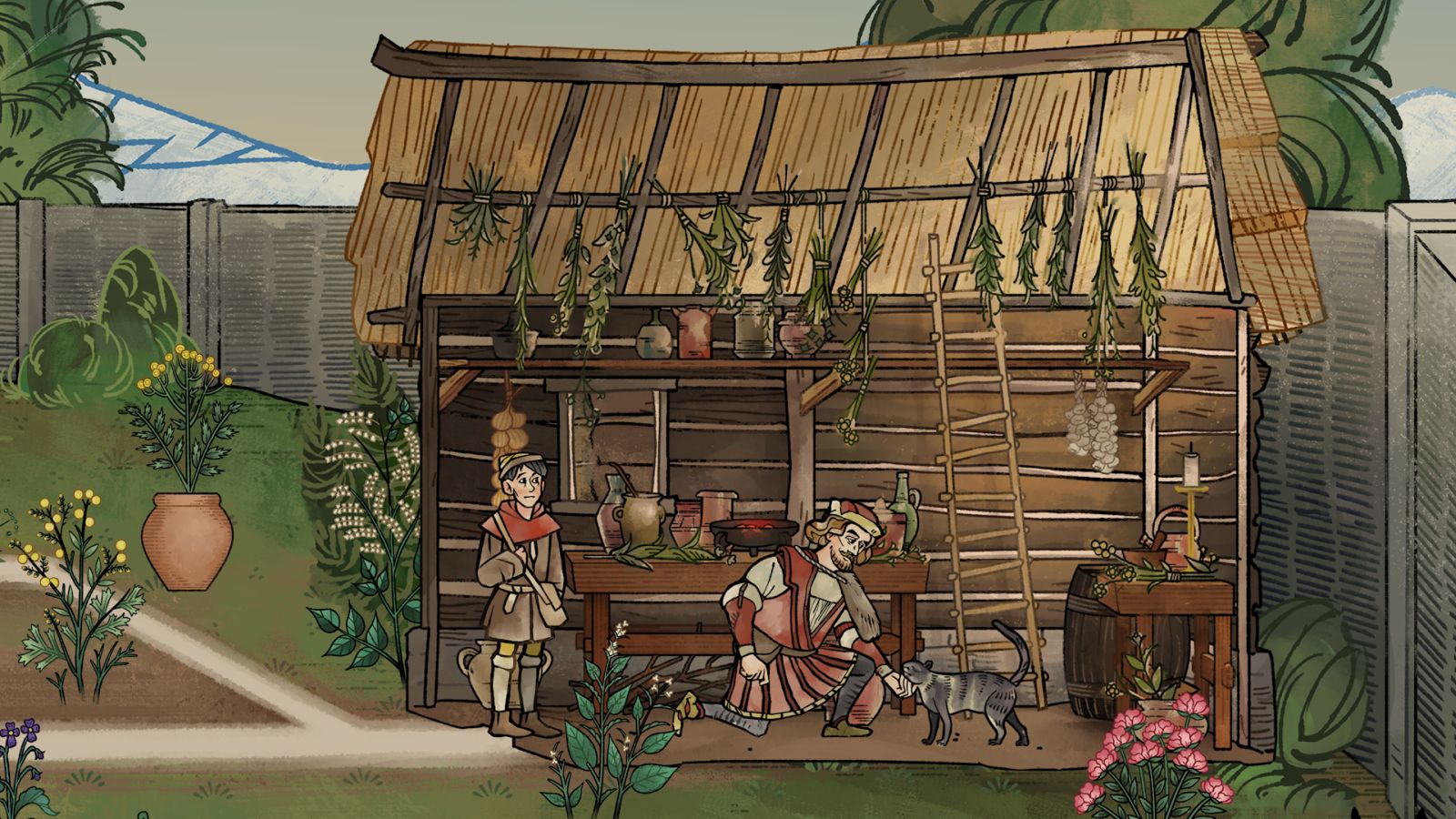 The only thing that’s in the back of my mind is this; I don’t know that Pentiment will encourage anyone who dislikes these kinds of games to engage in the genre. I think Pentiment is an outstanding piece of art, but at its roots it’s a slow-paced, text-based adventure. When I say slow, I mean it doesn’t really get to the good stuff for the first few hours. I love the style, and I played it for nearly twelve hours straight in my first sitting, but I don’t think it’s a game made for just anyone.

Pentiment does what it does with a magnificent blend of dialogue, characters, and narrative. The winding path you’ll take has plenty of off ramps, and while all roads lead to Rome, the journey there feels unique to you. It’s so fascinating getting to your specific ending, you’ll probably even play it again to see what other decisions look like. Pentiment might not be for everyone, but for the genre, it’s a magnificent and compelling work of art.

David Burdette is a gamer/writer/content creator from TN and Lead Editor for Gaming Trend. He loves Playstation, Star Wars, Marvel, and many other fandoms. He also plays way too much Call Of Duty. You can chat with him on Twitter @SplitEnd89.
Related Articles: Pentiment
Share
Tweet
Share
Submit