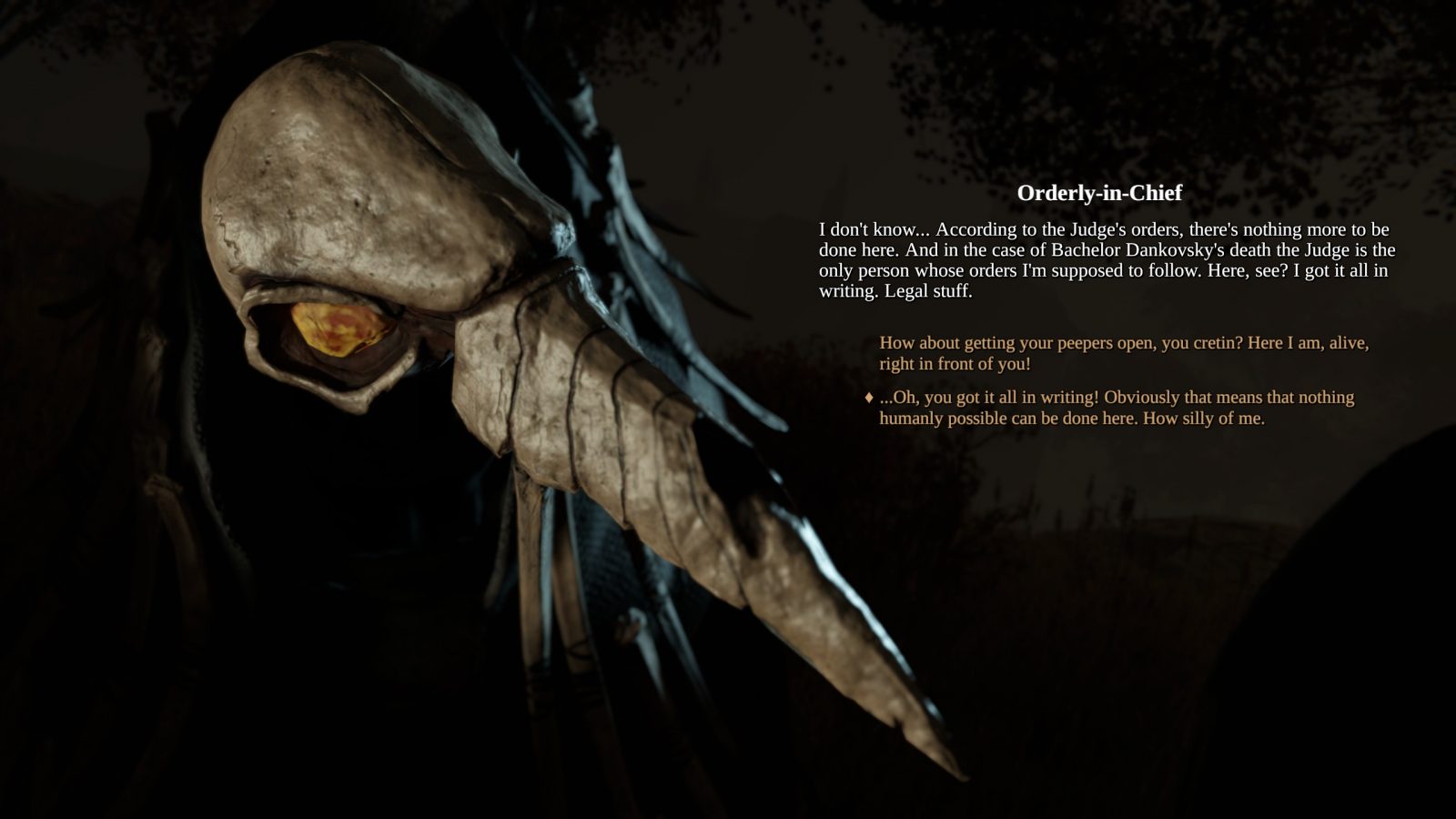 Pathologic 2: The Marble Nest Review — An exercise in futility

The Bachelor Daniil Dankovsky is a self described fighter of death. He has spent his life trying to discover the secret to immortality, but death has come to the bachelor tonight. On the tenth day of plague in the town-on-gorkon, the two small districts Daniil has protected so far are suddenly ravaged by the Sand Pest. The Bachelor is offered a choice: accept death, or relive the day in a vain attempt to prevent infection.

The Marble Nest is a demo turned DLC for Pathologic 2. This enhanced version essentially functions as a short story within the Pathologic universe. You do play as the Bachelor here, but his full campaign (along with Clara’s) should still be coming at some point in the future. Most gameplay is exactly the same as the main game, but Daniil can’t perform surgery or trade with all NPCs like Artemy can.

The DLC begins in Daniil’s new temporary home, after his previous host Eva Yan threw herself from the roof of the cathedral. On this night of day 10, with these previously safe districts now infected and in chaos, the Bachelor wonders how things went wrong so quickly, and what he could have missed. An operation of death appears before him, and asks if he is ready to die. You can accept the offer, and go quietly into the good night, or refuse, relive the day’s events, and try to discover what happened. If you choose to relive the day, what follows is a very interesting exploration of the Bachelor’s character and goals, as no matter what you do you cannot prevent the infection, and will be offered the same exact choice come nightfall.

What you do during the day (about 1 to 2 hours of real time) is mostly talking with people and managing your hunger once or twice. There’s actually not much that happens over the course of The Marble Nest, so what makes it interesting is the aforementioned exploration of Dankovsky and the multiple outcomes of events. For example, a few of the Kin ask you to save the life of a Worm who’s bleeding out in their camp, but if you try to do that before looting a certain house with the help of a local kid you won’t have the tools necessary to close his wounds. Sadly, only one outcome of each event really has any impact on anything, so the DLC will take two or three playthroughs to see everything. There also aren’t enough events to fill the entire day, and I ran out of things to do at noon. Granted I may have missed some things, but you don’t have access to any Twyryne to point you in the right direction like the main game. 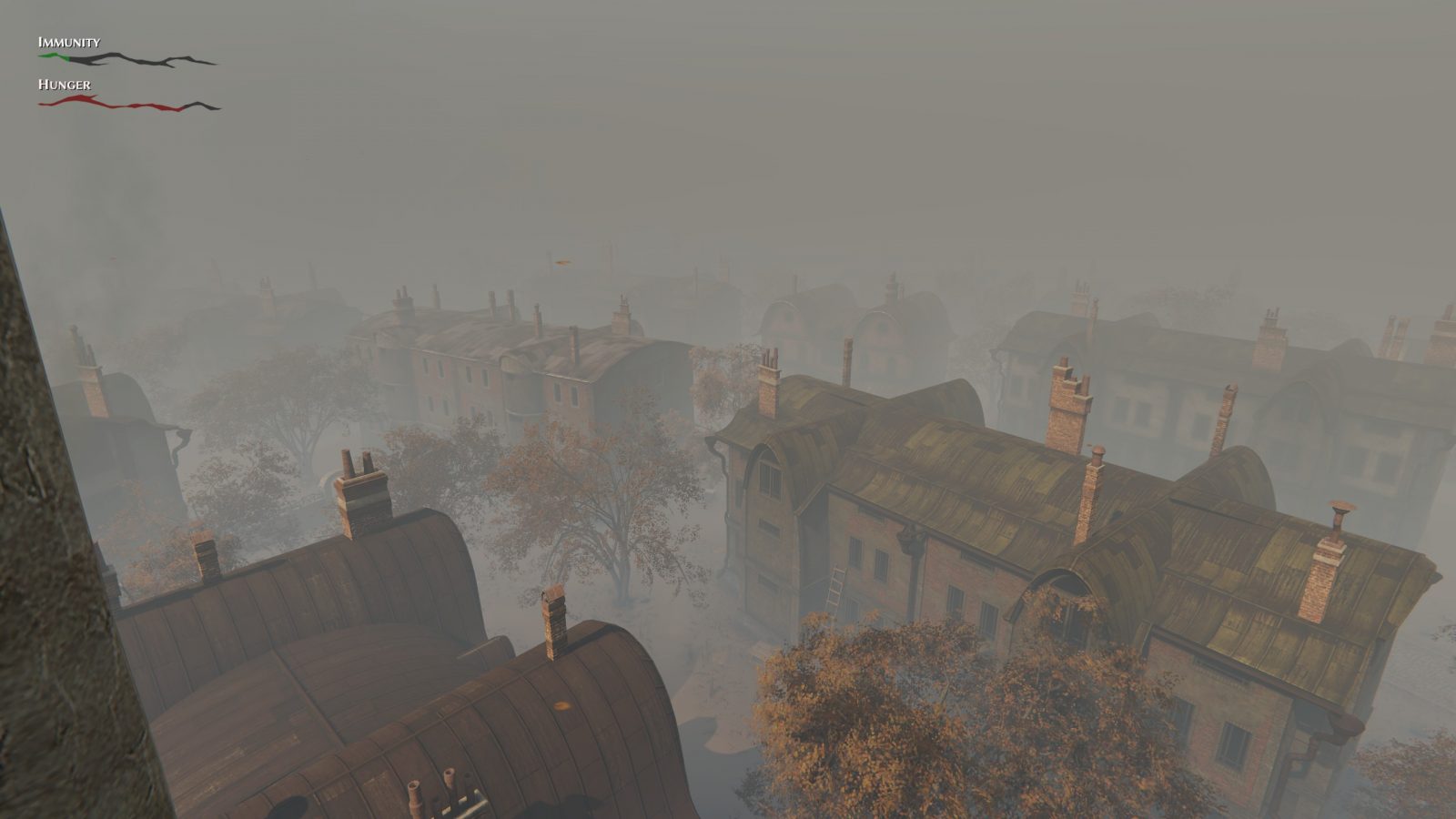 With that in mind, what’s the point of The Marble Nest? Aside from giving you a taste of the Bachelor before his full campaign drops, the DLC is an exercise in futility: the day’s events will repeat over and over because the people in charge have come to the conclusion that the epidemic is over since no one in these districts has been infected in three days. Of course, you know better and can try to convince them otherwise, but they won’t listen and the damage is already done, lurking in places you can’t reach. You can scream, complain, and run around as much as you want but you are powerless in the face of death, mirroring what I think a lot of people currently feel in the US with COVID restrictions currently being lifted not because things are getting better, but because some people are tired of the pandemic and those in power want to sacrifice human lives to keep their wallets filled.

Pathologic 2: The Marble Nest Review — An exercise in futility

Pathologic 2: The Marble Nest isn’t as engaging gameplay wise as the base game, but it’s still a very interesting microcosm of the game’s themes and a fascinating glimpse into what the Bachelor’s full campaign might look like.

David is the kind of person to wear his heart on his sleeve. He can find positives in anything, like this is a person who loved Star Fox Zero to death. You’ll see him playing all kinds of games: AAAs, Indies, game jam games, games of all genres, and writing about them! Here. On this website. When not writing or playing games, you can find David making music, games, or enjoying a good book. David’s favorite games include NieR: Automata, Mother 3, and Gravity Rush.
Related Articles: Indies, Pathologic 2: The Marble Nest
Share
Tweet
Share
Submit