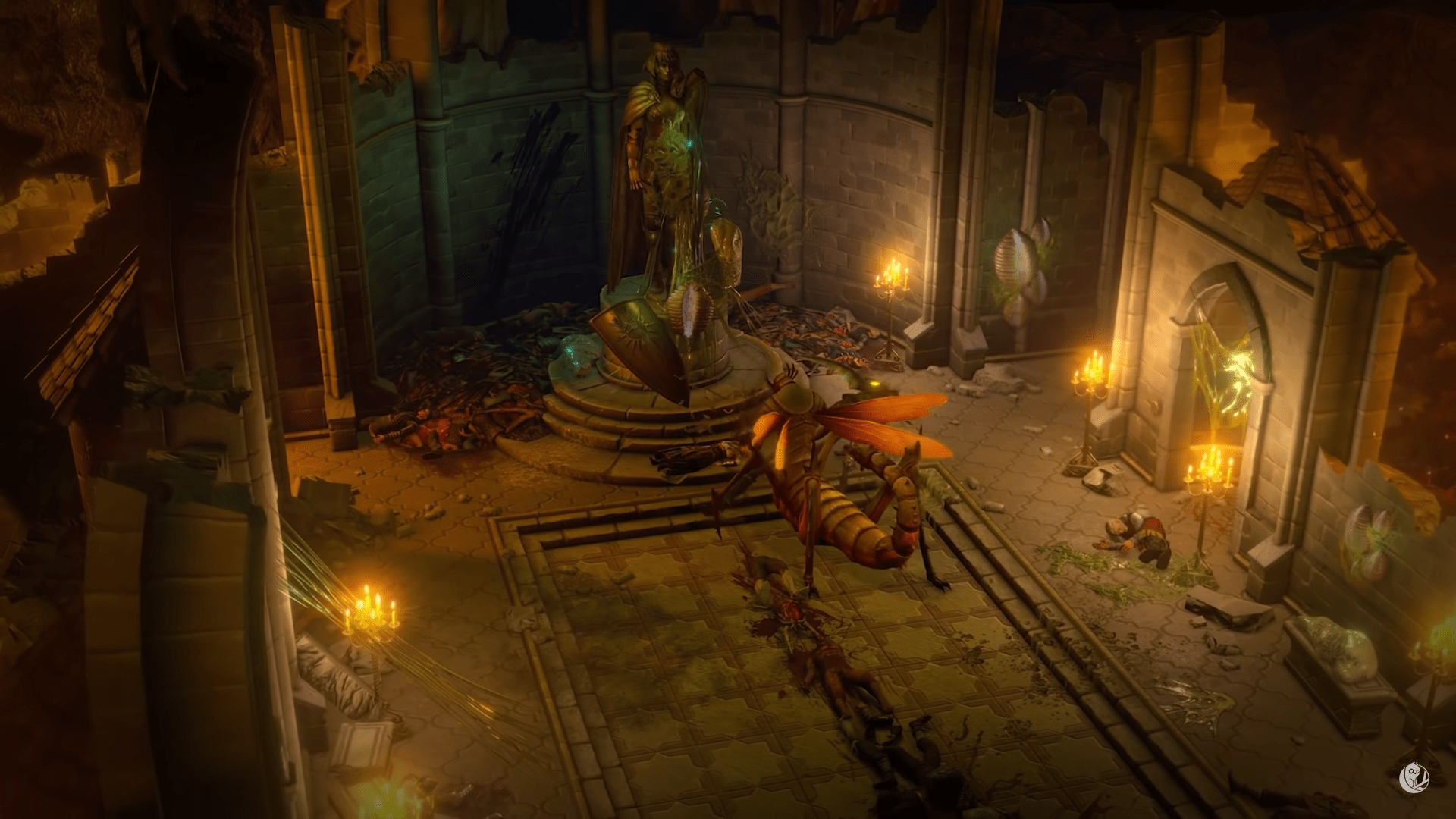 Though not perfect, Pathfinder: Wrath of the Righteous is a landmark for tabletop RPGs. My recent review of Solasta: Crown of the Magister envisioned a world in which pen and paper adventures were translated directly into a videogame format, and little did I know that Wrath of the Righteous was exactly what I was asking for. This videogame adaptation of the original adventure is a direct translation of its events and mechanics, taking your adventurer and companions from level one nobodies to world-renowned heroes by the end. All the best of Pathfinder’s character building, combat, and realm management are here as you wage small and large scale battles to decide the fate of Golarion. This is a follow up to Kingmaker, with many improvements, which is not to say that niggling issues with bugs and user interface remain. With time and patching, this may well stand as a legend in what CRPGs can be, and a step along the road to great things for Owlcat games. 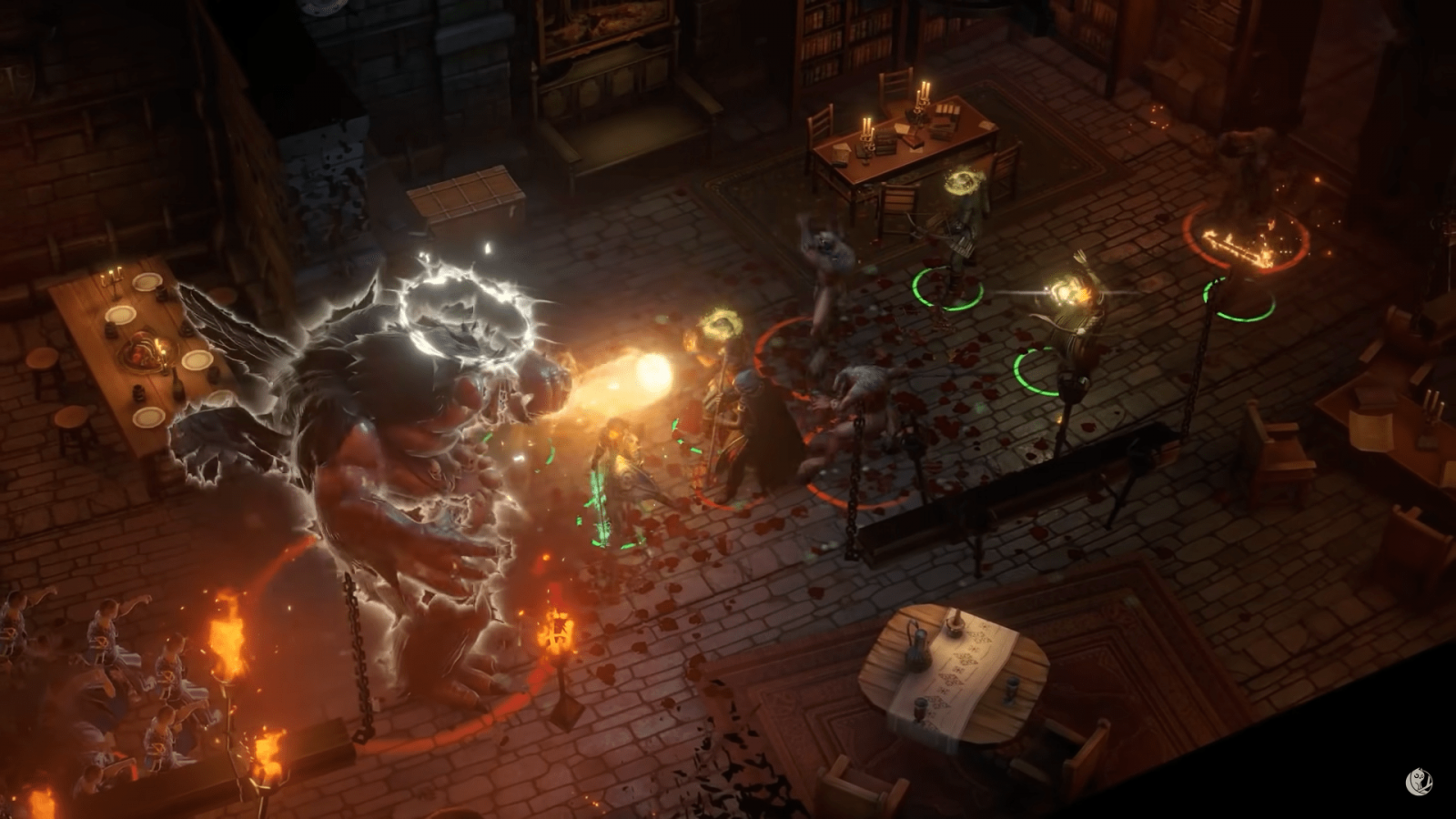 For those that are not already big fans of Pathfinder, the opening character creation will highlight a flaw that will follow it for most of the game: the learning curve. With complicated character building, combat, a Crusade mode that puts you in control of legions fighting demon hordes, and kingdom management, you will be on much better footing as an established fan than a new player. The game explains itself well enough (in some cases) but wrapping your head around it remains a daunting task. I have been playing Pathfinder for many years, but character creation still took me most of half an hour, and I ran through it far more quickly than I might have. To make a character properly, you will want to go to online forums to look up builds, weigh your ability choices, and plan your character out from level one to twenty. The game does provide premade characters, but as you progress and find just how difficult this game is comfortable being, you will find yourself wishing for someone more optimized.

Your character made, you will find yourself in the midst of a sprawling adventure, set against the backdrop of a massive conflict betwixt gods, heroes, demons, and the landmasses aligned with each. The story is not the deepest I’ve encountered, but its scope and presentation entice you to travel on and rise to meet the challenges it throws at you. One of the challenges is its own scope, which rises to a 70 to 100 hour campaign depending on how you approach it. With dungeon crawling exploration, puzzles, social encounters, and the Crusade system, there is a ton to sink your teeth into throughout the course of this game, and great reasons to return to it with a new character.
Your choices in game do matter, though not consistently and not always in ways that are clear at first. Dialogue choices will carry through to the future, but only in some cases, and your choices can net you one of several secret endings by the game’s conclusion. These changes may not steer the course of the whole adventure, but they do make your chosen character feel significant to this conflict, and reward you for experimenting with mechanical and roleplay choices. 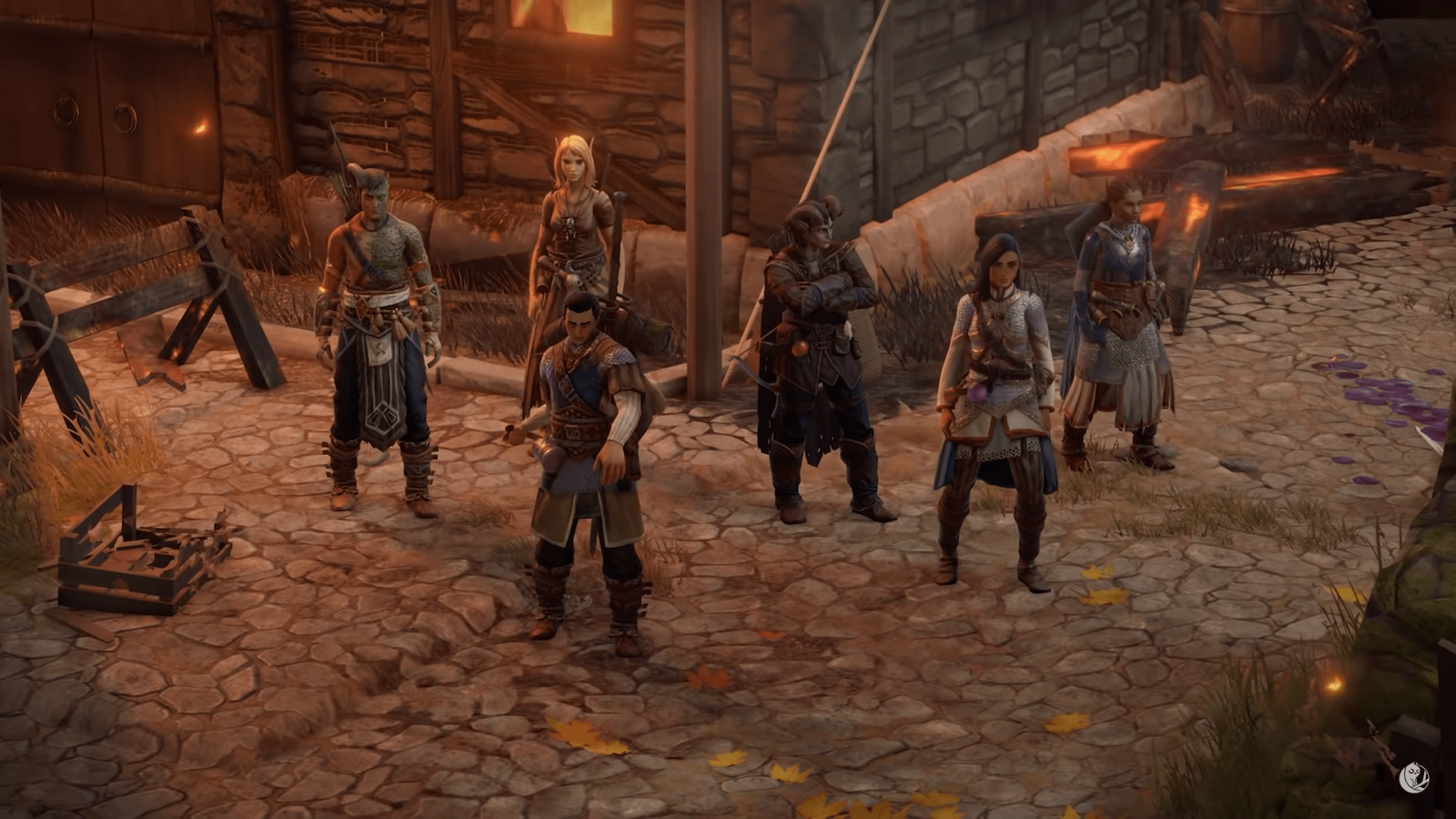 Combat uses Pathfinder’s rules and Action economy, and gives you the option of proceeding using a turn based interface or Baldur’s Gate style real time with pausing for specific commands. In my experience, the former is the only real option. It’s integrated better with Pathfinder’s inherent design, helps contend with the game’s difficulty, and makes much clearer what is actually happening in game. Unless you massively outlevel your opposition, there is no reason to use the real time mode. Even then, you may burn through resources and HP that will be better spent later. The game’s dungeons also allow for some creative thinking, evening out the experience with a wealth of puzzles and exploration.

Less appreciated is the Crusade mode, a portion of the game dedicated to large-scale warfare, also interacting with a realm management system similar to that found in Kingmaker. This allows you to fight the war yourself, while constructing settlements, managing your army, and supplementing their abilities with magic The Crusade mode is not well explained, and you will make some costly mistakes in working out its quirks. It also takes a while into the game before the mode really starts to feel impactful, but despite that it is a necessary part of the experience. You have to play through this to complete the game, and leaving battles to the incompetent AI will lead to certain doom for your forces. 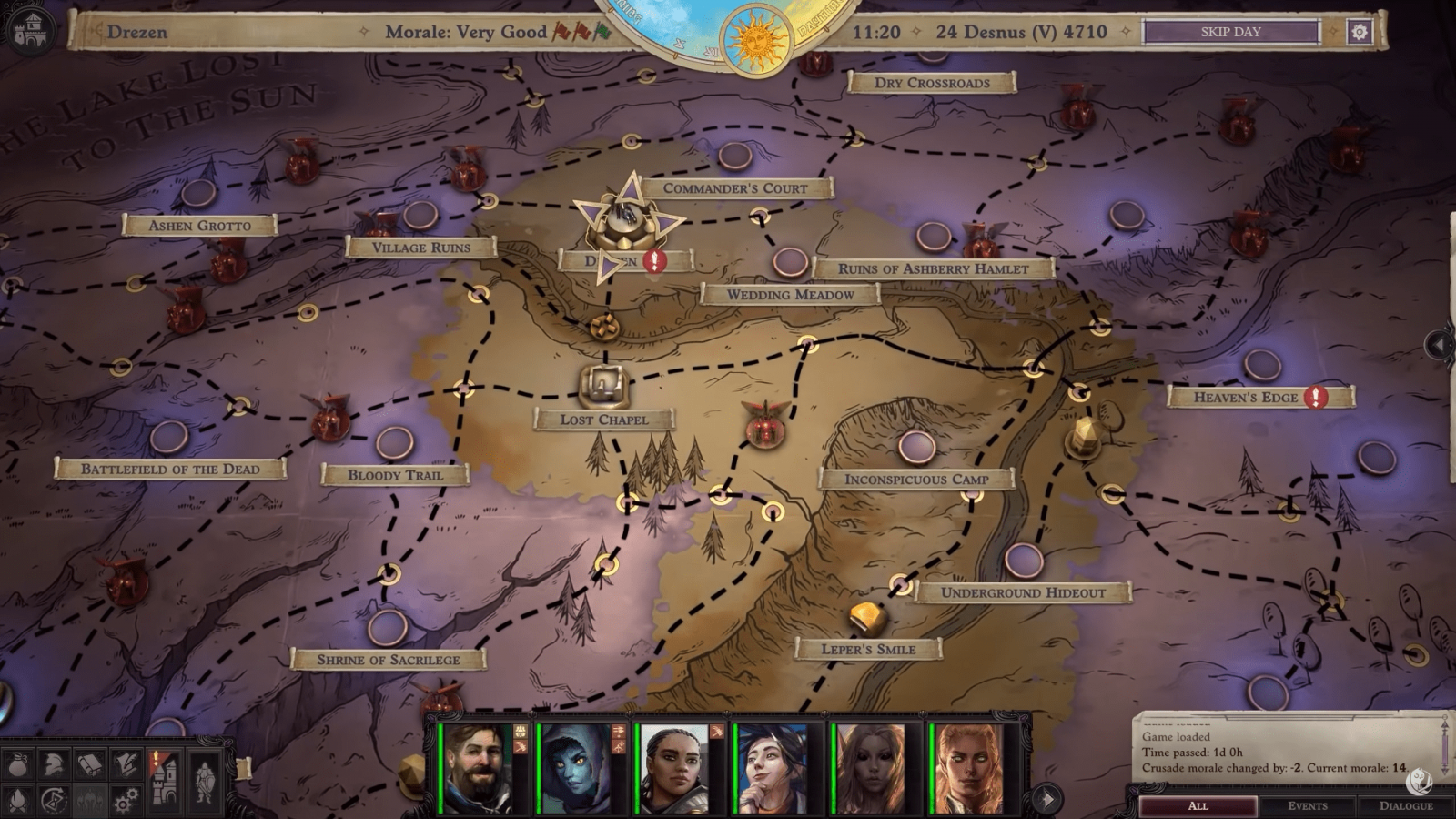 On a technical level, the game is a mixed but improving bag. During my play through I experienced framerate drops in areas with many NPCs, missing or bugged quests, and important features of the Crusade mode that were non-functional at times. The in-game camera also needs some tweaking, as I spent some of the more interesting encounters facing a stone wall instead of the action. To the game’s credit, patches are coming out aggressively, and I hear reports that many are already fixed. I have not been able to check for myself, as my ~70 hour playthrough is too much to repeat until I have had some time away from the game. 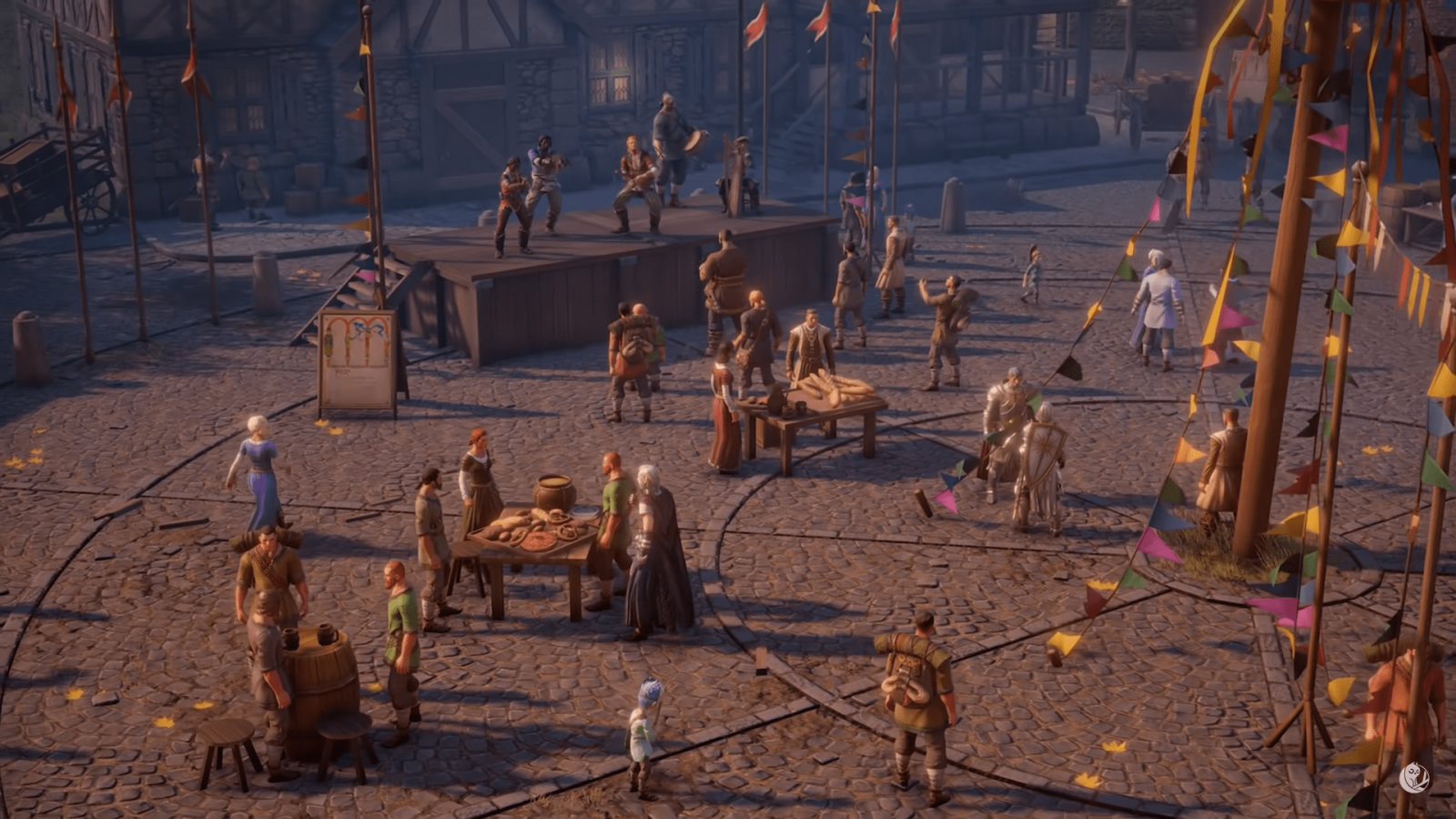 Despite a few hiccups, some of which are already being addressed, Wrath of the Righteous is a monumental success, and a gift to longtime Pathfinder fans. For a price of $50 at time of writing, this game is an effortless recommendation. For those with interest and a little patience, I’m sure in short order the bugs will be amended and the price will drop. Kingmaker, this game’s predecessor, has dropped to $20, and is a great first step for anyone interested in seeing what this franchise has to offer.

Pathfinder: Wrath of the Righteous

Wrath of the Righteous is a deep, engaging, faithful recreation of the tabletop campaign with only minor flaws. Its Crusade system is imperfect and the learning curve is more of a mountain, but the reward for getting through both is a long experience with incredible replay value. I know I will be replaying a few times soon, and I invite you to do the same.

John Farrell is a legal aid attorney specializing in domestic violence, living in West Chester Pennsylvania. You can listen to him travel the weird west as Carrie A. Nation in the Joker's Wild podcast at: https://jokerswildpodcast.weebly.com/
Related Articles: Pathfinder: Wrath of the Righteous
Share
Tweet
Share
Submit