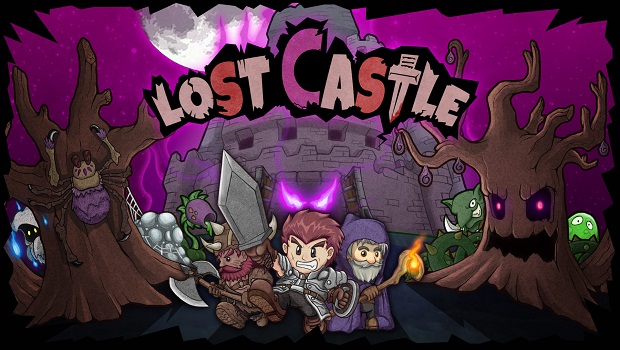 2008 was a pretty good year for the independent market. Not only were the critically acclaimed hits World of Goo and Braid released, but small oddities like Rom Check Fail and I Wish I Were the Moon were developed as well. Lost in the shuffle was Noitu Love: Devolution, the sequel to an obscure action-platformer. However, for those who missed out on the PC release, the game has a virtually unchanged port on the Nintendo 3DS for better or for worse, and it’s as good as it was eight years ago.

While the story is glossed over, Devolution takes place a hundred years after the events of the first game, with new protagonist Xoda Rap taking the helm as she goes up against the ancestor of previous big bad Darnacus Damnation, Rilo Doppelori, and an army of Darns. Through her support team sporadically giving her updates, Xoda is tasked with saving the world from extinction as different areas are morphing into past incarnations through a devolution ray. The plot, ala Mega man, is basically an excuse to go ahead and beat the darn snot out of enemies as you travel through seven levels of frantic gameplay.

You control Xoda through a hybrid of the direction pad and touch screen. While moving with the d-pad, you’ll have to execute attacks using the touch screen: swiping in a direction will cause her to zip past and attack enemies, while tapping an enemy will cause her to rapidly punch the target. Additionally, you can hold a ranged attack as well as grab weaker enemies, and tapping on the screen while holding the down button will create a temporary shield that will deflect weak projectiles. By attacking enemies, Xoda can chain together attacks while dashing, causing a multiplier to form. In a mechanic reminiscent of the recent Mighty No. 9, Xoda can dash attack and keep moving in the air in order to keep the multiplier in place. It’s a system that works so perfectly on the 3DS that I’m baffled that it operated on the PC version. After getting used to the controls, I effortlessly zipped from one part of a level to another and smashed enemies with ease.

Who said reading couldn’t be fun? Or dangerous for that matter.

Just because the control scheme makes finishing enemies off easy doesn’t mean the whole game is a cakewalk. You’ll have to fight your way through different types of zany Darns (the game’s army of common enemies) as they try and impede your progress. While they do come in continuous waves, only some of them are mandatory to defeat. However, beating these enemies causes your score to go up, so it’s a balance of heading to the next part of the level or increasing your multiplier and adding a few seconds to your total completion time. At the end of each level, a letter score is given, alongside hits taken and completion time. While each of the seven levels is distinct regarding atmosphere and setting, some of the platform sections can be a bit tedious and uninspired. The level design can be generic at times, but for the most part, it’s only a minor quibble, and most levels do a good job at differentiating the setting.

What aren’t generic, however, are the boss battles. Each miniboss and level boss is unique in style and stature and is guaranteed to give you a run for your money. There are different strategies for all of them, and may take a few tries in order to get the hang of defeating them. They usually have exploits in the form of a technique you’ve used in a level (such as using the shield mechanic in order to block an otherwise unavoidable attack), and they’re very creative to dispatch. Their designs are unique, and they’re always a challenge to try and read their patterns. It was a lovely throwback to the 16-bit action genre, and I loved every second of it.

What happens when the Iron Giant re-releases in the time of smartphones.

Unfortunately, while the game is excellent, it’s dreadfully short and leaves you wanting more. I understand that Noitu Love: Devolution was meant for high score junkies and speedrunners that want to eke out every last point, but I finished the game in roughly an hour at a leisurely pace. While there are three difficulty levels to test your skills as well as two additional characters with truncated story modes after you complete the game once, I really wished there was more content here. I feel like there’s wasted potential in some of the game’s mechanics (notably, the game changes into a horizontal shooter for one level, and the boss there is easily one of the best of the game), and an additional level or two could have fleshed out the experience. While it’s still is a great game, a little more stuff added to an eight-year old title would have been nice. The graphics, while showing their age, work adequately on the 3DS, but it would have been better with a little more polish and presentation.

While woefully short and unchanged from its PC incarnation, Noitu Love: Devolution is a great little action title with satisfying bosses and slick controls.

Elisha Deogracias is an aspiring accountant by day, freelance writer by night. Before writing for Gaming Trend, he had a small gig on the now defunct Examiner. When not being a third wheel with his best friends on dates or yearning for some closure on Pushing Daisies, he's busy catching up on shonen manga and wacky rhythm games. Mains R.O.B. in Smash. Still doesn't know if he's a kid or a squid.
Related Articles: Noitu Love: Devolution
Share
Tweet
Share
Submit