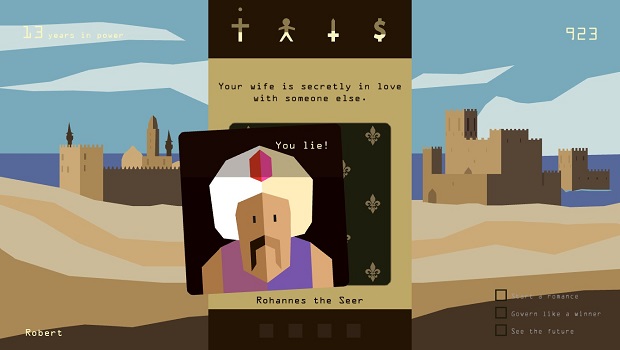 If you’ve ever had a streak of bad luck, you’re probably familiar with the term Murphy’s law: anything that can go wrong will go wrong. However, there exists a lesser known opposite, known as Sally’s law, which dictates that everything will go according to plan. It is on this principle that Nanali Studio’s Sally’s Law is based upon, as its gameplay revolves around a character who succeeds due to some divine intervention. Can the game live up to its titular philosophy, or will it get crushed by its failings?

One of the first levels where you control Sally.

Sally’s Law puts you in control of the titular Sally, an aspiring writer in the city who tries to return to her home in the countryside after finding out that her father has suffered from a heart attack. Throughout the game’s five worlds and thirty levels, you find out more about the rocky relationship of her and her father as his guardian spirit watches over her. Functioning as a platform game, Sally rolls automatically during a level as any obstacles in her way mysteriously open or disappear, making the player’s only agency a jump action by pressing the spacebar. Each level is divided into segments where players have to traverse pits and gates in order to keep Sally rolling. While obstacles will not hurt Sally, falling into a pit or stopping her momentum will force you to replay the segment.

However, after the level is over, you must play it again as Sally’s father, who is a ghost. As such, he operates differently: you can move him left or right to collect keys, press switches, or stomp on spiky grass in order to move Sally out of harm’s way. While he can’t jump directly, he can use Sally as a trampoline, jumping on her in order to reach higher places. It is here where your previous actions matter: Sally’s path is based on how you controlled her jumps previously, so you’ll need to time your interactions with her journey. During this time, Sally is vulnerable, and letting her hit a gate or other obstacle will cause her to go into shock, forcing you to restart the segment. In addition, there are memorial photos sprinkled across each level, and these are usually in places that you’ll have to coordinate a plan of action beforehand.

The story is quite possibly the strongest aspect of the game. While it’s not on the caliber of big budget RPGs, it has a nice, smooth narrative that paces the game pretty well. Due to how the game is played, you’ll get to see Sally’s thoughts on the matter at hand and then hear the echoes as her father assists her. These are shown through text bubbles that advance as you roll across the screen. The story has great themes of family and togetherness, and I thought Sally’s Law did a great job with it. The presentation is suitable for the title as well; the clean, cute style of the game and its round characters have an all-ages appeal. It’s not groundbreaking, but Sally’s Law ran smoothly and efficiently on my computer with no noticeable slowdown.

The look of abject horror if you fail.

While the story and presentation are great, the gameplay can be lacking at times. For a genre that prides itself on masochistic puzzles, Sally’s Law is on the easy side, and there wasn’t a single time where I was stumped. This might be attributed to its slow, leisurely pace, which can get grating near the end. I wanted to do some crazy stunts with Sally’s father, but unfortunately that opportunity never arises. While you can thankfully speed up Sally’s journey using the left shift key during the father’s playthrough, this actually ended up being my downfall when I used it since only Sally speeds up when this mechanic is in play.

This looks difficult, but it’s not really that hard.

The problem I have is that Sally’s Law doesn’t challenge you too much. While the game does introduce you to new mechanics such as warps and directional changes later in the game, the whole experience is over in a couple of hours without any real sense of progression. It’s a shame that there isn’t any post-game content other than unlockable costumes. A bonus world with extremely hard levels could have been a nice touch. For a puzzle game that has a very innovative mechanic, it isn’t used to its full potential, and that’s possibly the biggest drawback with this game.

Sally’s Law is held back by a lack of challenging puzzle gameplay and replay value. However, if you can get past its flaws, you’ll find an undeniably cute and positive story that will warm your heart.

Elisha Deogracias is an aspiring accountant by day, freelance writer by night. Before writing for Gaming Trend, he had a small gig on the now defunct Examiner. When not being a third wheel with his best friends on dates or yearning for some closure on Pushing Daisies, he's busy catching up on shonen manga and wacky rhythm games. Mains R.O.B. in Smash. Still doesn't know if he's a kid or a squid.
Related Articles: Sally's Law
Share
Tweet
Share
Submit