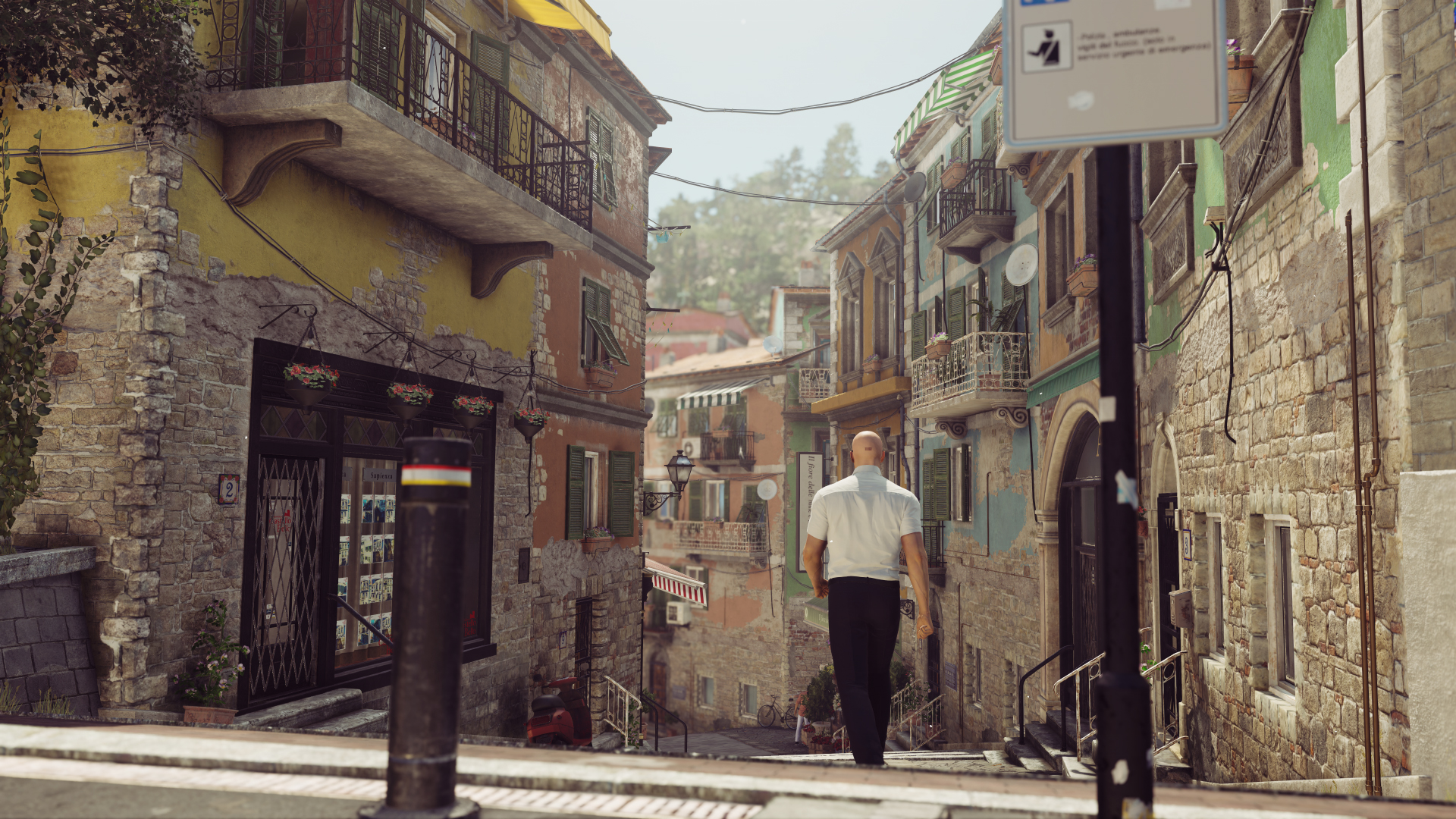 In its first episode, Hitman shot itself in the foot. In its second, it’s learning to walk again.

With its second entry, titled “World of Tomorrow,” Hitman offers a bigger sandbox, full of opportunities and danger, begging players to try again and again. But, while it does correct several issues from its predecessor, Hitman is still held back by its hiccups.

This go-around, Agent 47 is sent to the Italian coastal town of Sapienza, tasked with the elimination of two targets: Silvio Caruso, a neurotic bioengineer creating a virus that can “infect anyone anywhere in the world,” and Francesca De Santis, the lab head of Caruso’s project. Along with his two targets, 47 is also ordered to sabotage Caruso’s virus.

While their relative sizes may be similar, Sapienza feels a lot more spread out in comparison to the Palais De Walewska, the Parisian location of the first episode. Most of my playthroughs were spent walking through the tiny alleys of the town, exploring buildings and searching for opportunities. This added space is complemented by how different parts of the map feel, giving it the sense of being a real town with a shopping district, tourist traps and hidden secrets — there is even an underground sewer system connecting most of the level. Where the first episode of Hitman felt very locked into its one location, which ultimately became stale for me, its second opens up, adding to the dynamics of each runthrough.

There’s a lot more going on in Sapienza than there was in Paris. Most noticeably, a lot more eyes seem to be on you at all times, watching your moves and catching when you do something out of the ordinary. No matter how calculated I thought I was being, there was always someone nearby about to catch me, constantly keeping me on my toes.

The larger spaces made guards harder to spot and easier to forget the paths of. Where I quickly picked up on AI patterns in the first episode, in the second, I never felt I was walking a similar path to the one I had before. One of my biggest complaints with Hitman’s first episode was how quickly I was able to memorize the level. With the second, I’m still learning the best ways around Sapienza. Spending over five hours with the level, I’m still honing my approaches and techniques, still learning the best and most interesting ways to take out my targets. If this proves to be a recurring trend in the following episodes, Hitman will have me hooked.

While a lot of my faults with the game have been improved upon, Hitman continues to be plagued by technical issues. Load times can be pretty lengthy, the framerate can drop drastically when loading a save, and I encountered odd bugs such as music cutting out or a female NPC having a male voice. Small detractions from an otherwise great episode, but detractions none the less.

Hitman’s second episode leaves me far more optimistic for the game than its first episode did. A large, sprawling level ripe with exploration opportunities, Sapienza is a far better destination than Paris. That being said, technical issues still hinder the game from being something better.