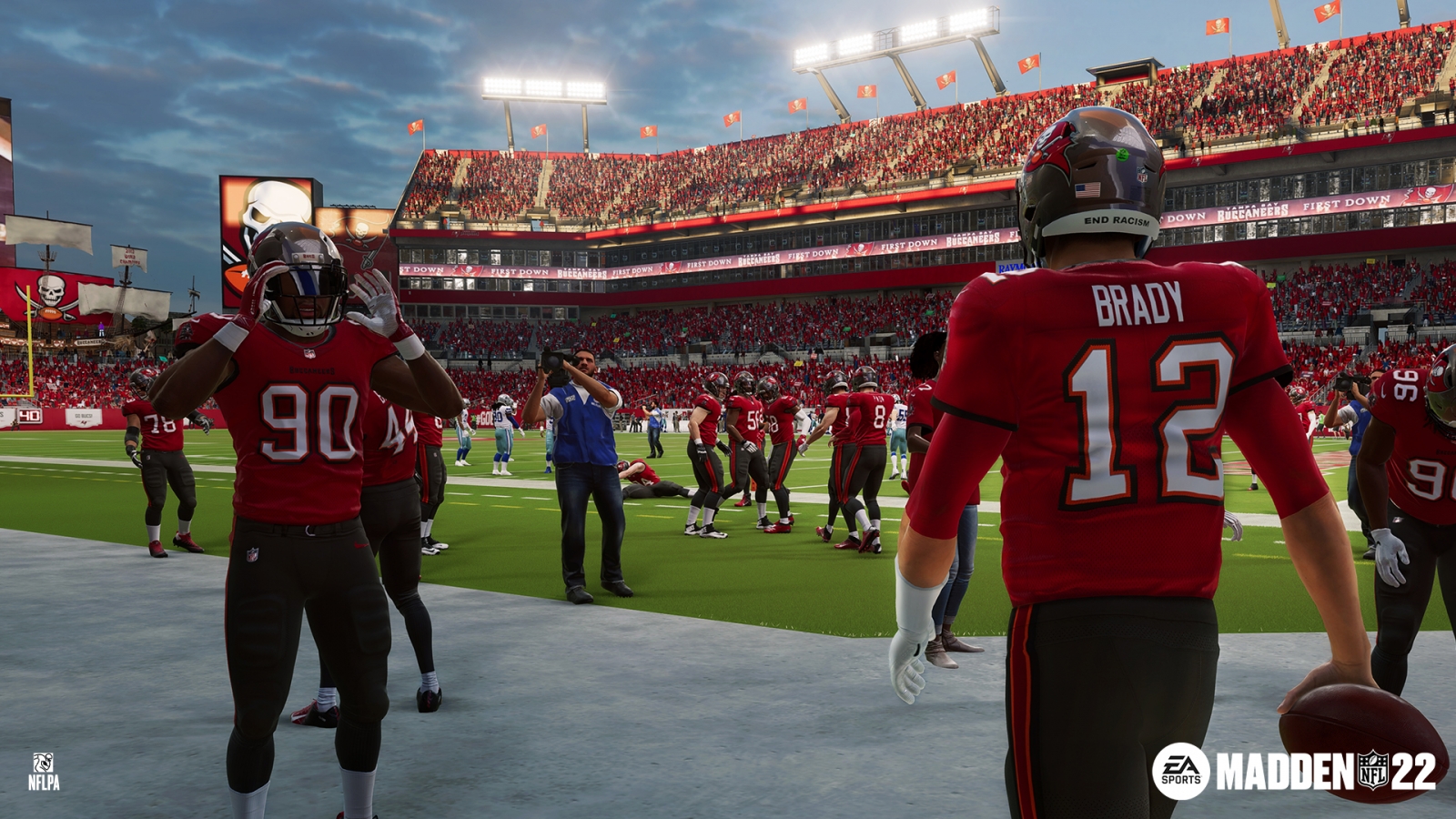 Madden is something very dear to me. It’s how I learned the game of football- learning every player and playbook each year to get prepped for the season ahead. It was something my father and I would do together, leading to plenty of “I remember when the Miami Dolphins were good” conversations. I’ve played every Madden game since 2001 on Playstation 2, my favorite being Madden 11 on Playstation 2 for one reason: franchise mode. From the personalities of the players to the decisions in the offseason, I have fond memories of playing hours and hours.

Since 2011, franchise mode has had some major changes. Some for the good, most though for the bad. With #fixmaddenfranchise trending on Twitter right after the release of Madden 21, EA Sports had to do something. That something turned out to be an overhaul of the franchise mode. After playing a full season into the offseason I can say it’s a step in the right direction, albeit a work in progress.

Let’s first talk about the gameplay — don’t worry, it’s still Madden football at its heart. I greatly enjoyed the new momentum mechanic, which makes the game have a certain NCAA feel to it with the stadium getting louder and louder as the momentum shifts. I played a game against the Bills where the momentum was completely on the Bills’ side. As Tua and the Dolphins tried to make their way down the field, everything from the screen to my controller was shaking, making me feel like this was the time to make a play. Then BOOM! The momentum shifts ever so slightly as Tua throws a deep ball to Jaylen Waddle for 43 yards. It makes each play feel like it could turn everything around, which I can greatly appreciate.

The new catching update has been a challenge for me personally, giving more control to the player on how they want to catch the ball. I find myself leaning more towards “secure catch” instead of “aggressive catch” like I had in Madden 21. The new pregame/postgame animations are fun, showing the players running out of the tunnel, warming up, talking to coaches, shaking hands, taking pictures, and more (even though they still have Tua throwing with the wrong hand in warmups).

Another new gameplay change was the artwork for the plays on the field. A lot of them are slow moving, making it harder to read the play you called, or it simply doesn’t show up, causing a lot of mistakes that don’t feel fair. There were also several times replays didn’t show the player making the play and some of the plays in the Gameflow were blank, making it impossible to see what play you might be calling. Several times, I also had players run wrong routes, run backwards, or not run a route at all. There were a few times that I would score and it wouldn’t actually show a score. I could run in and out of the endzone, with nothing happening. Overall, the gameplay needs some tweaking for some of the new mechanics but also some of the old. 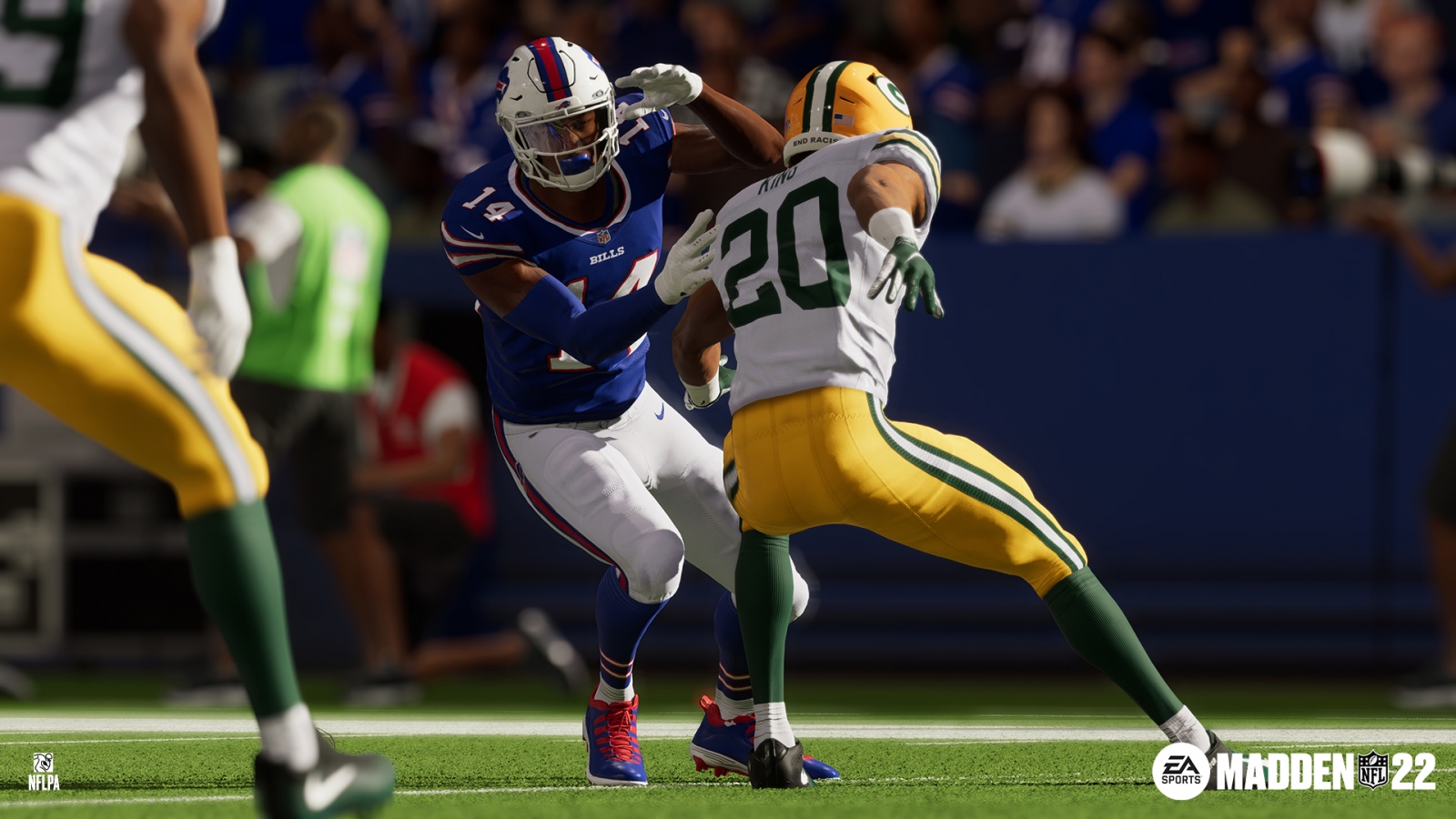 Now let’s get to the meat of the franchise mode: the franchise menu and decisions. There was clearly work put in to try and make the franchise menu full of life and create a change of pace from the previous few years. In this way, they have made great progress. I enjoyed the new “Weekly Strategy” and “Manage Staff” menus. They allow for you to control everything from which players you want getting extra work, how many snaps first team gets, and pad levels during practice to keep fatigue low. The “Manage Staff” section also allows you to choose goals for your Head Coach, Offensive Coordinator, and Defensive Coordinator. The coordinators being included excited me, though I was disappointed to find they are not the real OC and DC for the teams. Each OC and DC are computer generated and made to fit the schemes of your HC from the start of the franchise. You can, however, fire them at any time.

After finishing an entire season, I found that you can hire ex-head coaches as your coordinators. Nothing more overpowered than a Brian Flores coached team with Sean McVay as OC and Ron Rivera as DC (unless they get poached to HC somewhere else), and this addition brought a little extra fun to the offseason. On the Manage Staff screen, there was an issue of the text overlapping, with some text unseen over other text. In the “League” menu, they’ve added a lot of Next Gen Stat sections showcasing position leaders, statistics, and X-Factors; this indeed has added a bit more depth to the section. I did have an issue with games being counted as losses even after I won. You could click on the game recap and see the opponent stats, but all of my stats were 0. Hopefully this is a quick fix.

As of right now; scouting, free agency, the draft, and player negotiations are the same as Madden 21, but as time goes along, EA Sports is working on making the scouting more robust. Per EA Sports: “Similar to Madden NFL 21, Franchise Mode is a part of Live Service and will continue to see improvements throughout the year, which includes the highly requested addition of Scouting.” I look forward to seeing this implemented, but I would also like to see updates to the player negotiations, free agency, and the draft experience. Being able to fully control the team from top to bottom is the goal, and the bare bones of the three sections lead to a stale Franchise Mode. Hopefully, as scouting is upgraded, they’ll take a look at these other sections and give them some much needed upgrades. Beyond that, Franchise Mode has taken strides to add more content, but much more can be done to create a full experience for fans of the Franchise Mode. 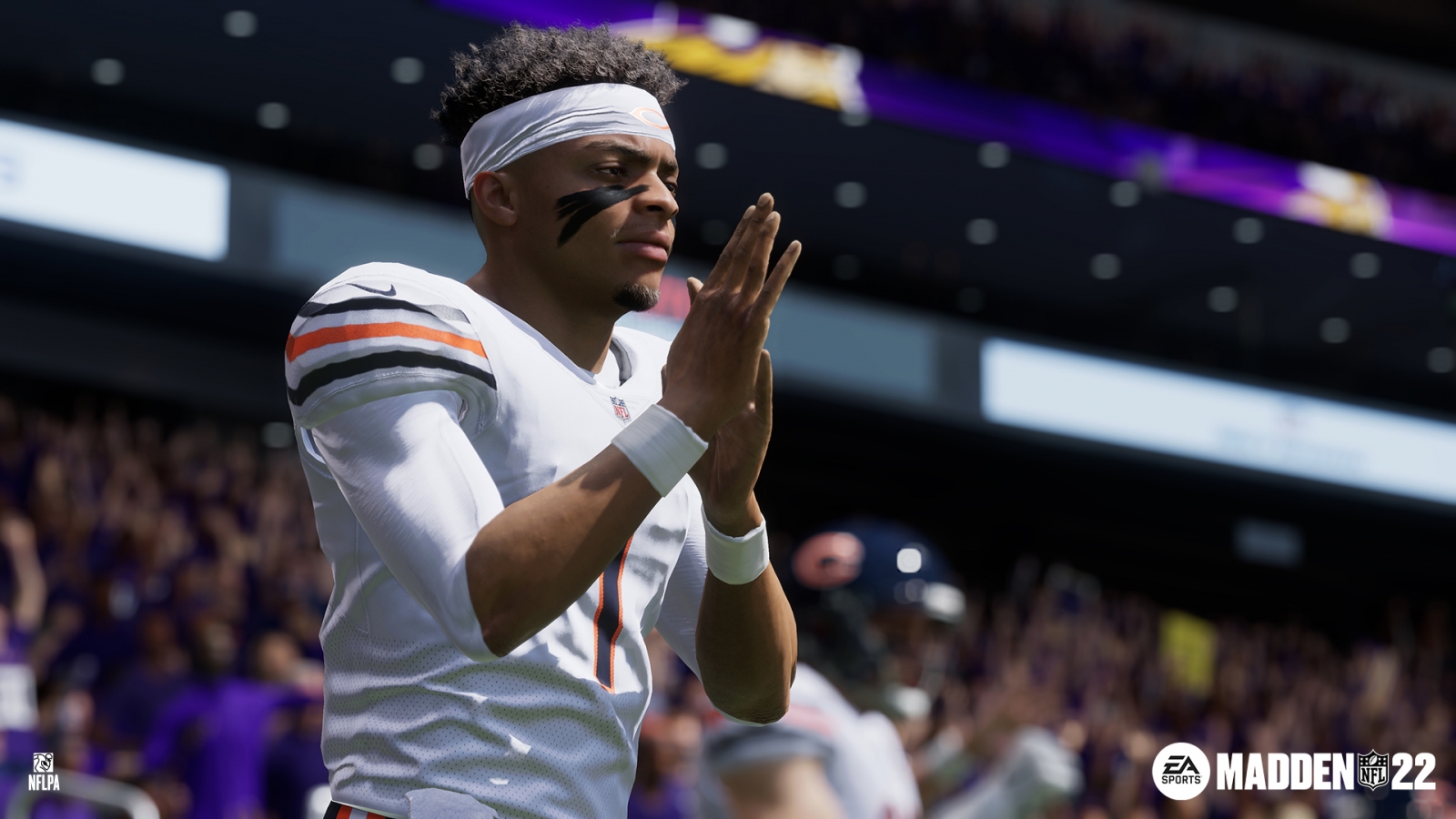 The online game modes are similar to last year. Madden Ultimate Team, Superstar KO, and The Yard are all back again this year. Given time constraints, I did not participate in much of these game modes. From the little I played, the modes seem on par with Madden 21 with a few upgrades made to the cosmetics you can obtain for your Avatar. At this stage, I believe Madden has game modes like MUT updated and consistent on a yearly basis.

Face of the Franchise (FotF) has added three new positions compared to the QB only of Madden 21. You can choose between Quarterback, Wide Receiver, Running Back, and Linebacker. I decided to choose linebacker taking the opportunity to try out FotF on defense. This was a fresh experience and I enjoyed trying the position out quite a lot! Each position comes with an intro video showcasing some of today’s players as well as some of the greats like Ray Lewis. You once again follow your avatar’s story to the NFL, making choices along the way that change your stats as the story progresses. With cameos from stars like Saquon Barkley, OBJ, and more, the story is new this year and I enjoyed my time learning the Linebacker position and experiencing the path to the NFL in a new way. This story (at least the Linebacker story) focuses on the training that happens in between the end of college and the start of training camp with some flashbacks and more. I enjoyed how they incorporated multiple different game types into the story mode letting you get a feel for regular play, MUT, and the Yard. Given that last year took you from High School to College to NFL, it’s a nice change to a similar story.

As a fan of Madden, I wanted so badly to be able to come into this review with a lot more praise than I have here. However, when EA Sports has neglected Franchise Mode for as long as they have it’s going to take a lot more than one year to fix all of the issues. I’m looking forward to the new scouting, and more additions to come, but as of now it seems like they may be repeating some of the same mistakes.

Madden NFL 22 launches worldwide with Tom Brady and Patrick Mahomes on all covers August 20 for PlayStation 5, PlayStation 4, Xbox Series X/S, Xbox One, PC via Origin and Steam and Google Stadia.

Madden 22 is a step in the right direction for the franchise. It gives everyone something to get excited about. However, they are a tad far away from being considered back to the heights of Madden in the late 00’s early 10’s. With time, Madden 22 could be considered the best in the past six years, but in its current state it can’t be considered much better than 21. Promises only go so far, it’s time to get on the field and execute the playbook.

Adam is a musician and gamer who loves his partner in crime, Regan, and their two pets Rey and Finn. Adam is a fan of Star Wars, NFL Football, and gaming in general. Follow Adam on Twitter @TheRexTano.
Related Articles: Madden NFL 22
Share
Tweet
Share
Submit