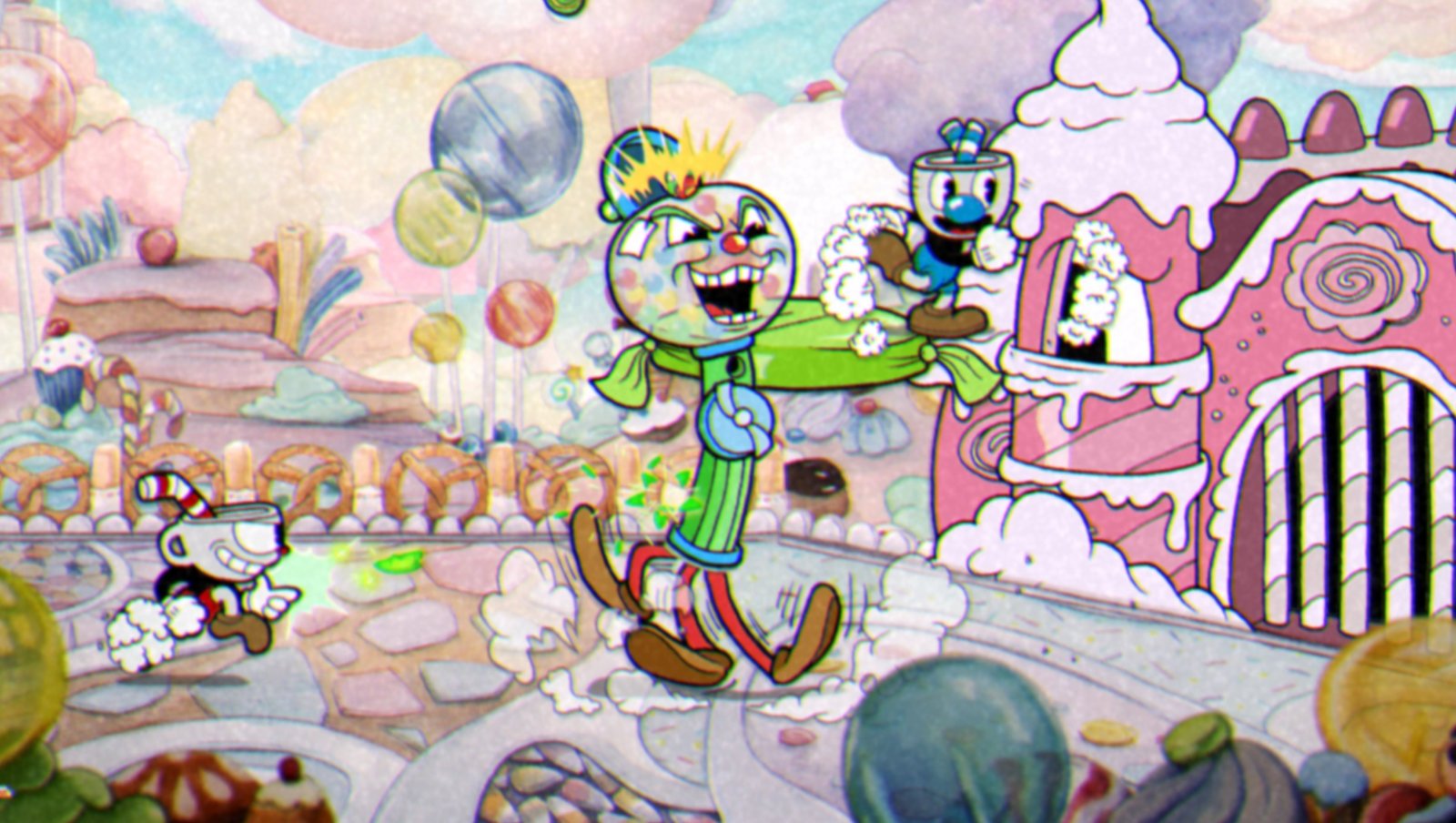 It’s somewhat amazing that a quirky indie game that is basically a mash-up tribute to prohibition era cartoons and 80s style run-and-gun shooters captured the attention of gamers as intensely as it did when it was announced a few years ago, bringing with it a level of hype usually reserved for much larger titles. Thanks to MHDR’s uncompromising vision, Cuphead lives up to that hype and more, bringing us what will likely be considered a classic for years to come.

There shined a shiny demon

After losing their souls in a dice roll, dishy brothers Cuphead and Mugman are tasked with balancing the Devil’s books by collecting soul contracts from the other denizens of Inkwell Isle. Apparently the whole island loves to gamble in the Devil’s Casino, and none of them are willing to go down without a fight. It’s in fighting this diverse cast of surreal characters that the core of the game lies. Whether it’s a pair of boxing frogs, a crazed actress, or a candy princess, each of these bosses instantly transform from adorable to menacing in order to fight off the brothers. It’s a tried and true conceit that sets up the boss battle gameplay wonderfully, and hearkens back to the plots of the 1930s cartoons that Cuphead draws inspiration from.

Playing dice with the Devil in the pale moon light

The true cartoon is a great art in its own right.

The visual design and animation of Cuphead is utterly stunning, a love letter to the art of hand-drawn 2D animation. Every aspect of the production adheres to the aesthetic originated in the pre-war classic cartoons of the golden age, from the looping cycles and constant movement of the characters to the color pallette and grainy “film quality” on the screen. If there is one thing that makes the brutal difficulty worth dealing with, it is the utter delight of watching this game in motion.

Of course the animation wouldn’t feel nearly as authentic without a soundtrack to match the era the game recalls, with nearly three hours of original jazz, big band, and ragtime music providing the bouncing rhythm for each boss battle. Mind you, being greeted by a barbershop quartet every time you start up the game can get a little old, but the utter charm of it all is just so overwhelming, it’s hard to get too annoyed. Likewise, hearing the handful of announcement voiceovers at the beginning of each battle walks a fine line, though I did find myself occasionally spontaneously proclaiming “A brawl is surely brewing!” even when I wasn’t actually playing the game.

Suddenly I want to watch Clash of the Titans

No bones about it- this game is challenging and requires a level of commitment from the player rarely found in games today. Be prepared to fail often, but be open to learn from those failures. The majority of the game is borne out over several boss battles- intense multi-phased skirmishes that often seem impossible on the first few tries. No two boss battles are alike, and each phase of each battle requires a different strategy, largely relying on constant shooting and building up your EX meter, enabling a limited but more powerful attack based on your current weapon. A successful battle generally only lasts about three or four minutes, but it may take you considerably longer to reach that point. While the enemies don’t have health bars during battle (you have to rely on discerning their patterns to figure out how far along you are in the moment), each loss is rewarded with a progress bar with hash marks for each phase and a marker for how close you may have been to completing the level. Nothing quite beats the high of overcoming a boss battle after considerable effort, when a win is earned through the persistence of picking yourself up and trying again, learning from each failure along the way.

Now, you may be tempted to select the ‘Simple’ setting after a few beatdowns, which is the easier of the two difficulty levels initially available. While this is a good way to open up more of the Inkwell Isle map, you won’t be able to complete the game this way. The only way to face off against the Devil at the end of the game is to collect all of the contracts from all of the bosses you’ve fought, and the only way to do that is to defeat them on ‘Regular’ mode. That said, there is some merit to the strategy of opening up the map and coming back to pick trickier bosses off later, especially in the early part of the game before you’ve acquired additional weapon types and power-ups. You see, it takes coins to get those new abilities, and with the exception of a handful that can be found on the world map, the only place to get those coins is in the five ‘run-and-gun’ levels.

These levels significantly diverge from the gameplay found in the boss levels. They are basically side-scrolling platforming stages, in some ways more difficult than the bosses due to having to actually progress through extensive terrain and waves of enemies. Pattern recognition is just as key here, but there is an additional layer of randomness that sometimes can get infuriating. Mind you, these levels are technically optional- you do not need to defeat them to battle the Devil at the end of the game. However, you do need coins to get the power-ups and weapon types that will give you more flexibility in how you tackle the boss levels. I found that playing these levels enabled me to get better at the parrying mechanic- hitting jump as you come into contact with just about anything pink- a crucial move when trying to build up your EX ability meter.

Another way to combat difficulty is to find an equally masochistic friend to play as Mugman with you. Once both players get accustomed to the added visual noise on the screen that a second player brings into the mix, taking down bosses does get a little quicker and easier (even though they do appear to get a health bump to compensate), but it takes a little time to get into sync and not confuse your partner’s character for your own. Ultimately, I played through most of the game solo, but there were times I wish I had an equally skilled player sitting next to me.

Everything in its right place

As I progressed through the game and collected more and more abilities and weapons, I was struck at how useful each of them ended up being as I changed up strategies with each battle. In fact, the overall design of the game is just so consistent and deliberate that things that I initially thought were potential flaws or bad balance decisions ended up being more about how my approach to that part of the game was flawed, and questioning and changing that approach invariably led me to discover more brilliance in the level design as a result. Cuphead is so consistent with the rules it sets out that I found it hard to fault anything that fell within those rules.

In fact, the only real gripe that I have with the game is that I found the default controller settings to be problematic, and after a few quick tweaks, taking advantage of triggers and moving the EX fire action to a button less accidentally hit, my game improved significantly.

Every once in awhile a game comes along that inevitably inspires a new generation of gamers, artists, and designers, an inflection point that imprints itself on the genetics of the medium and held up as a gold standard for years to come. Cuphead is one such game, a quirky assemblage of novelties that comes together in a breathtaking fashion, with a charming exterior that belies one of the most challenging games of this generation.

Mike Dunn is the old man of Gaming Trend, having cut his teeth on Atari consoles and First Edition Advanced Dungeons & Dragons back in the day. His involvement with Gaming Trend dates back to 2003, and he’s done everything from design and code to writing and managing. Now he has come full circle, with a rekindled passion for tabletop gaming and a recent debut as Dungeon Master (nearly forty years after he purchased the original DMG).
Related Articles: Cuphead, Indies
Share
Tweet
Share
Submit