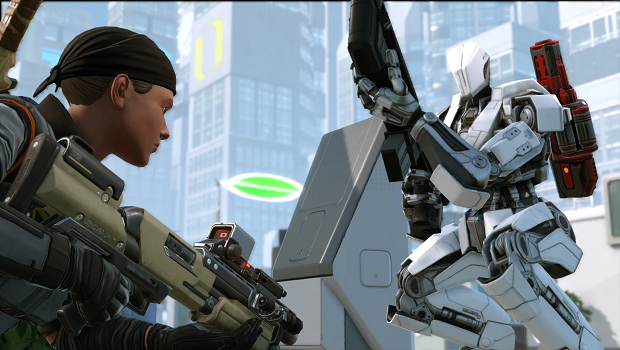 XCOM 2 is one of those games that you can continue coming back to, over and over (read our full review here). It’s just that good. Deep strategy balanced by the soul-crushing consequences of a tactical mistake have made this one of the most rewarding RTS titles of 2016. Now that Firaxis and 2K have released it for Xbox One and PS4, console players will get their chance to save humanity from extinction.

Console ports don’t exactly have a brilliant reputation. So, how does the Xbox One version of XCOM 2 stack up against its PC counterpart? The short answer is: pretty damn well.

Let’s talk framerate first. When XCOM 2 blasted its way onto the screens of PC gamers earlier this year, it had some sporadic issues. Many complained of severe framerate drops, especially during in-game action cut scenes, others escaped entirely unaffected. Firaxis has attempted to fix these issues with patches since release, to varying degrees of success. The modding community has also stepped in to provide some relief.

With the Xbox One port, unfortunately, some framerate issues still persist, although they are minor. Enemy death animations were often clunky, as were other close-up action sequences like reaction shots. Skyranger (your team’s shuttle to and from missions) scenes showcased some noticeable jitters as well. In general, framerate on the Xbox One is, and will almost certainly always be, lower than that of a high-end PC rig. It’s worth noting that the core of XCOM 2 is turn-based strategy, so having a consistently high framerate is not as critical as it would be in a first person shooter, for instance.

Despite the slightly lower graphical performance on Xbox One, both in terms of framerate and looks, the overall experience was just as amazing as I remembered.

The PC version of XCOM 2 had some nasty load times, and the console version I tested was not noticeably different in this regard. The good news is that this has never really detracted from the game itself. Thanks to procedural generation, missions are unique and challenging enough that the extra wait time getting into them fades from memory rapidly.

Often times, RTS titles do not lend themselves well to the more limited control schemes of consoles, and I’d be lying if I said I hadn’t been apprehensive about this. On PC, nearly all of XCOM 2 can be manipulated quite easily using a mouse and keyboard, but for consoles it had to be adapted to a pair of analog sticks and a handful of buttons. Much to my surprise, the new controls were excellent. After only one or two missions, I could pan, zoom, or rotate the camera, breeze through a character’s available actions, and move to new positions with ease.

XCOM 2 is a game of extreme opposites. It’s mercilessly challenging, but always winnable. It’s devastating, but incredibly satisfying. These stark contrasts add gravity to the plot, and further sweeten the taste of victory, making for one hell of a game. It will tear you down, build you back up, and keep you coming back for more. The Xbox One version is no different.

Overlooking XCOM 2’s few problems is easy in the face of its overwhelmingly solid experience. Console players who had been eyeing this title since its release in February shouldn’t hesitate to pull the trigger.