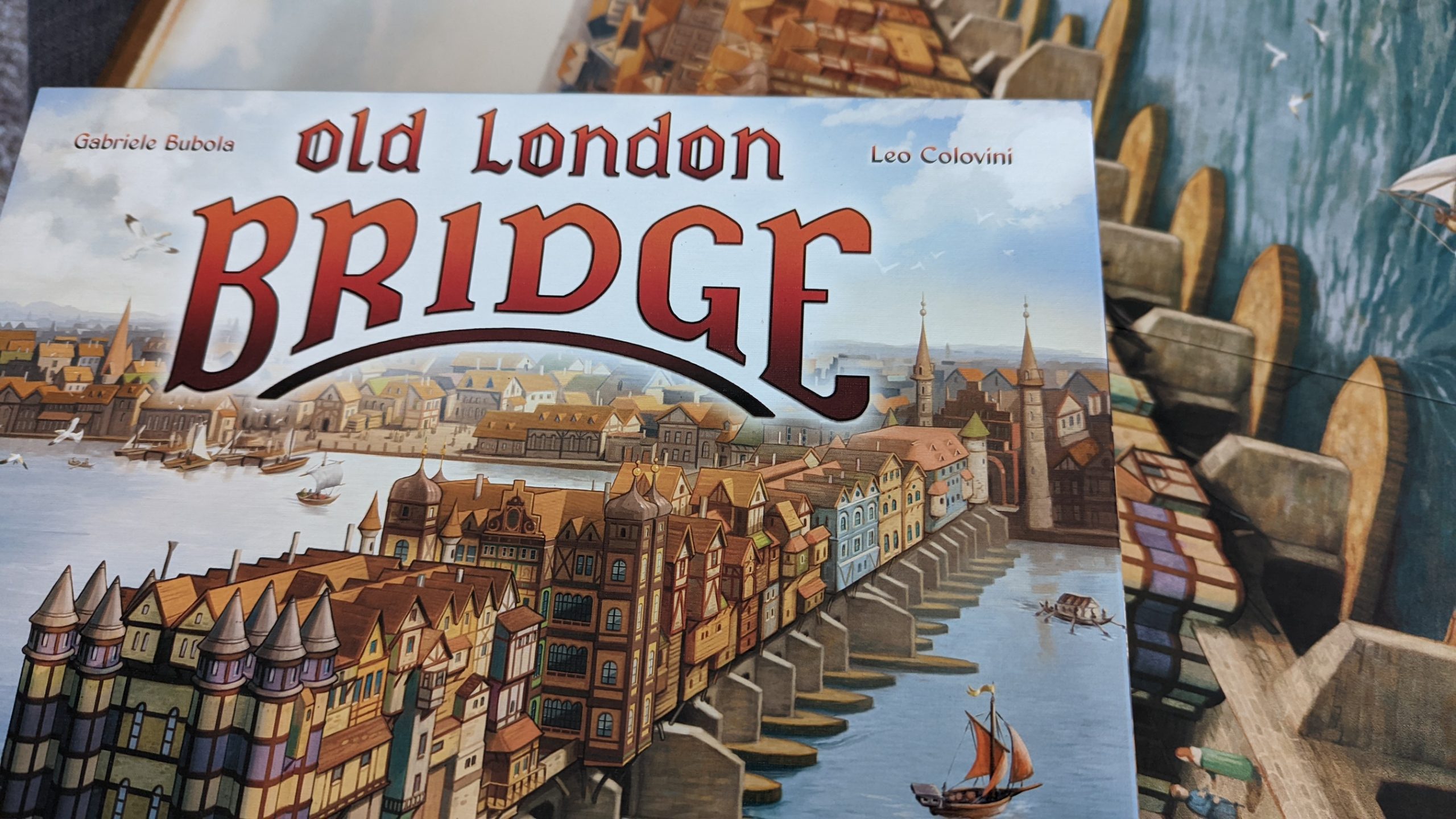 As players of Cthulhu Wars can tell you, a strong table presence can make even a lightweight game hit like a truck.  The game by itself is certainly fun, but when every action involves moving a pound of plastic around a map the size of your whole table, you instinctively always feel like you’re doing something important. Old London Bridge doesn’t have a box the size of your luggage stuffed full of minis,  but it operates on a similar concept. By introducing three-dimensional components to an otherwise light worker placement game, Queen has transformed a family weight game into something that hardcore gamers will enjoy.

That isn’t to say that Old London Bridge isn’t a great game in its own right. Rounds start with a blind auction of sorts for turn order, as players secretly choose character cards with differing strengths from their hand. Afterward, players will take turns placing their workers onto the game’s rotating market, where they will either gain or pay gold ( Old London Bridge’s victory points) to acquire a building, which they then slot into the leftmost empty position of their bridge. Ideally, this will fit within the left-to-right descending numerical order requirements, as otherwise, the building will instead have to replace a previously acquired one to adhere to it.

Once installed, buildings trigger their respective actions:  haberdashers earn gold, hostelries refill players’ hands of character cards, guild houses do nothing, but enhance the strength of later additions, gatehouses and chapels advance players up their respective tracks, and parks have no associated action, but function similar to cul-de-sacs in Welcome To, resetting the building number countdown. After six rounds, the game ends, and players check end-game scoring, adding any bonuses to their gold total to get their final score. 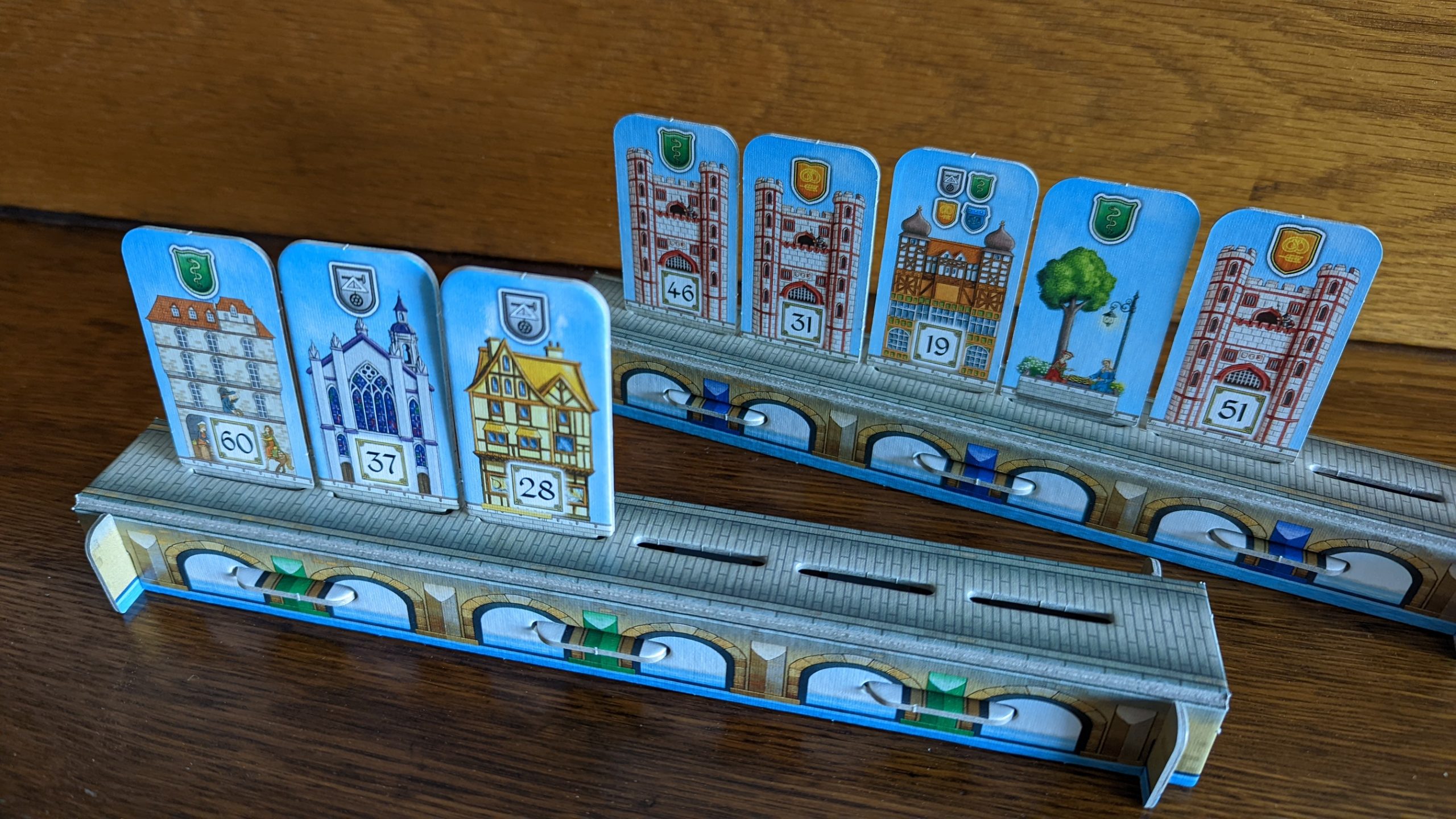 If that sounds simple, that’s because it is, but there’s still enough bite here to keep it fun and interesting, and the alternate end-game scoring tiles bring a good chunk of variance. To check, I played a game without the 3D bridges, simply laying buildings down in order, and while I certainly will never play without them again, trust me that Old London Bridge is much more than a gimmick.

When I first saw Old London Bridge, I dismissed it as a family game for children due to its three-dimensional components, but I could not have been more wrong. Actually , it’s a strong lightweight worker placement, with the core gameplay loop given extra oomph by a third dimension.

Nick grew up reading fantasy novels and board game rules for fun, so he accepted he was a dork at an early age. When he's not busy researching the intricacies of a hobby he'll never pick up, Nick can be caught attempting to either cook an edible meal or befriend local crows.
Related Articles: Old London Bridge, Tabletop
Share
Tweet
Share
Submit