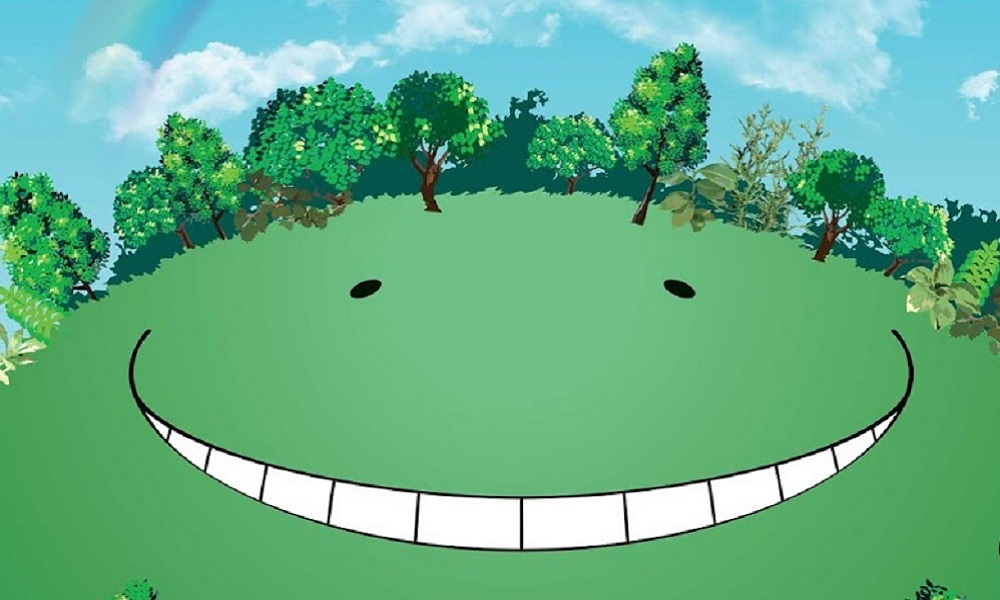 Well, here we are folks: The end of Assassination Classroom. While it’s technically not finished (we still have one more book with the last three chapters and extras coming up in April), the twentieth volume wraps most plot threads and ends with the logical conclusion of the plot. While we’ve had fun times with Class-E and its colorful cast of characters, it is now time to say goodbye.

After Class-E arrives to the schoolyard (where the government plans to destroy the assassin-made-teacher Korosensei in a matter of minutes), the group comes face-to-face with their ultimate enemy. Yanagisawa has morphed his own body with tentacle cells as well as utilizing this process to the previously defeated Grim Reaper: both villains look utterly monstrous, and the art style depicts this very well. The two offer one final fight with Korosensei as the students are forced to watch. Finally, the teacher must say farewell to his students and assistants as the logical conclusion of the series is reached.

In a word, this volume is poignant. It wraps up the main story of Assassination Classroom quite nicely, and is a testament to the character development of the whole cast; no longer are they the failing students of an unfair school policy, but seasoned fighters who must now leave everything they learned behind. It’s a great mix of drama and action, and the last two chapters of the volume are perhaps a couple of the most heartbreaking and heartwarming moments of the series.

I would wholeheartedly recommend the volume (and perhaps say it’s the best in the series), were it not for a couple of glaring issues. Much like the previous volume, the villains are introduced as a menace but end up being a bit weaker due to the constraints of the story. They do get some touching character arcs as well, but the end of the battle here feels rushed and sloppy at times. It’s a testament to the development of Class E as a whole, but I would have appreciated a little more struggle here. It also doesn’t help that most of the class is in the sidelines for the main fight, which carries over from last volume.

Secondly, there is a moment here (for spoiler purposes, I’m not going to say who it involves) that is supposed to come off as thrilling and dramatic, but it’s executed poorly and resolved just as quickly, so it kills the tension because of a solution that is explained away in mere panels. That being said, the finality and closure of the main narrative does feel like a great way to end the series, even though we do have a few more chapters to go (which will be compiled in next week’s twenty-first volume).

The end is near for the Assassination Classroom, but the twentieth volume pulls no punches, delivering an amazing mix of action, comedy, and closure to the series.

Elisha Deogracias is an aspiring accountant by day, freelance writer by night. Before writing for Gaming Trend, he had a small gig on the now defunct Examiner. When not being a third wheel with his best friends on dates or yearning for some closure on Pushing Daisies, he's busy catching up on shonen manga and wacky rhythm games. Mains R.O.B. in Smash. Still doesn't know if he's a kid or a squid.
Related Articles: Assassination Classroom Volume 20, Beyond the Page
Share
Tweet
Share
Submit