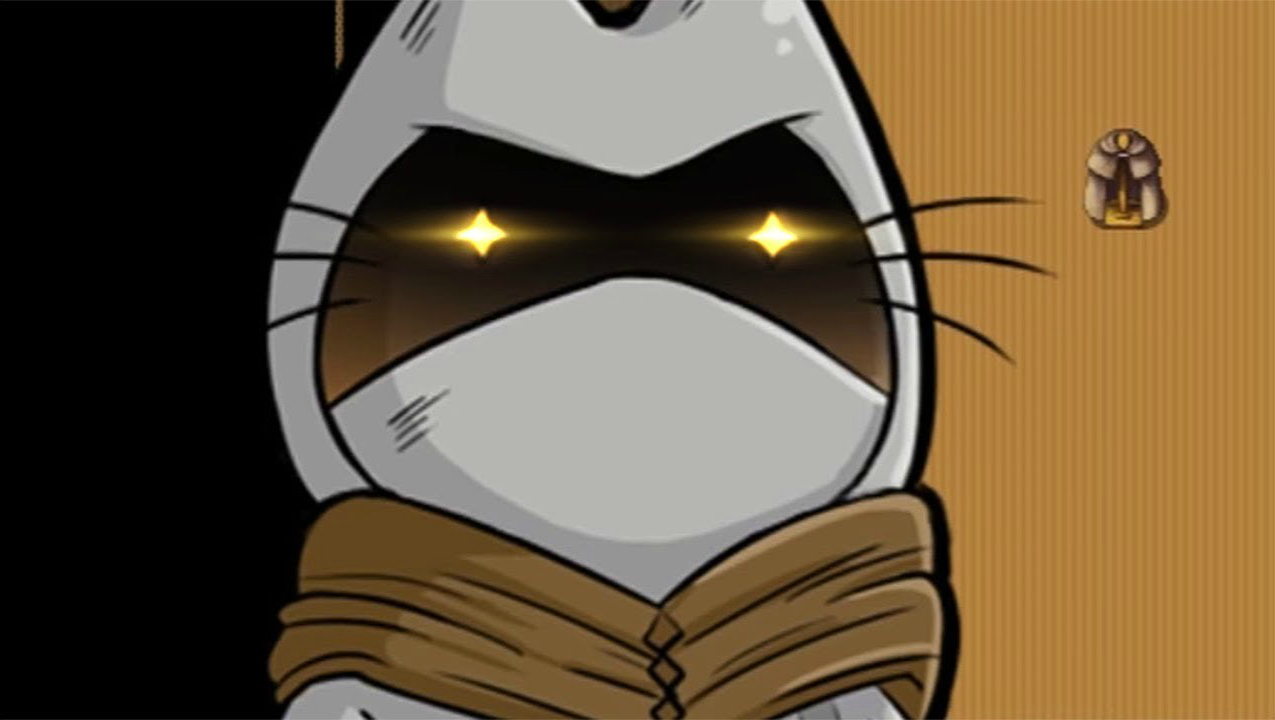 I believed that I was about to embark on a terrible journey. I saw on my gaming horizon three things: cats, cute pun based humor, and the internet onomatopoeia “nyan.” Let me tell you folks that I did fear this journey, mightily. An RPG, classic in every sense of the word, filled with my primary annoyances and feline pet peeves and set up for long, dialogue filled grinds felt a task to tall to overcome.

However, unsurprisingly to most people in my orbit, I was incredibly wrong. Chronicles of Nyanya is not the painful slog that it may appear to be. A growing cult fandom surrounding this incredibly indie effort is the direct result of this game’s hidden brilliance. The game itself doesn’t have many innovative or new concepts, but the fundamentals are executed wonderfully within a black comedy narrative that is well-written and surprisingly fresh.

The Chronicles of Nyanya begins with hilariously campy tragedy and sets the tone for the rest of the game. Its atmosphere is serious and dark, kicking off with a sudden invasion leaving an entire village burned and dead. Instead of interjecting any silliness, or ruining the tone with non-appropriate dialogue, the game mines laughs up out of the sadness of the moment. Throughout the game to come that attitude remains, with jokes and good lines falling naturally within the emotions of the moment.

The opening also sets up the backstory for Catair, the feline heroine of our story. As the game goes along friends come and go, tasks become more and more epic, and the themes of loss, revenge, and the social value of a shared need are explored. All this in a game that isn’t serious in tone, and is lighthearted and fun, filled with kook and camp. The story is light and serious all at once, and feels multi-dimensional in ways that you just simply would never expect with a cat humor based RPG.

The game is built in RPG Maker and you can tell that from the start. The gameplay is very rudimentary RPG, one of the 8-bit era. It looks great, but it is basic to the point of point and click at most times. I like that I can play the game entirely with a mouse, though, and the game was also instantly compatible with my Xbox and my SNES style PC controller.

The battles are the standard turn-based affairs that are the signature of RPG games. You can attack, you can use a set of special moves, and most characters have some form of defensive move as well that can protect them, or the party from damage. Item use is also available as always, but the game does make it so that certain characters use certain items, so you’ll need the keep party members alive for more reasons than just their specific attacks.

That said, the battles are not as cut and dry as you would expect with this basic gameplay style. The balance of enemy and player power is shifted more towards the enemy than in most games, so this forces you to use the defensive abilities of the characters much more consistently. Because of this, the battles are more complicated and provide a deeper challenge than what normally you’d expect with turn based RPG gameplay.
The humor of the game can also be found throughout each element of the battles, with attack names longer than anyone ever wanted or needed and chock full of cat puns and RPG side tropes, such as a meteor style attack that replaces the god-cast stone of judgement for a housewife-cast slipper at a bad, bad kitty.

If there is any complaint I would have with the game it would be that there is far more dialogue and travelling than actual battles, and this can make the game drag at times. The game also crashed on me several times while playing. This kind of issue can cause a massive amount of frustration and potentially could make gamers abandon the game altogether in a rage if a large portion of progress is lost to a sudden crash.

While basic in implementation, the art of the game is actually quite good. I love the character designs and the cartoony art style, and especially enjoy the world they have created, with bread roll horses and buildings that are just overturned cardboard boxes. I also find the music has a shockingly high quality, with jaunty and fun songs interspersed with tone-setting sounds.

The Chronicles of Nyanya

The Chronicles of Nyanya looks like a bad dream, but is actually one of the most refreshing and fun RPGs that I have played in a long, long time. There is so much to love about the story and the dialogue, and the humor of the game is witty, smart, and charming. Battles are basic as is the gameplay throughout, but there are certain tweaks to that which provide more challenge and cerebrality. There are some small issues, and one big game crashing issue that drags the quality down, but overall this is a surprise triumph and well worth your attention.

Patrick Rost has been with Gaming Trend since 2013. At first focused on sports coverage, Patrick has gone on to cover a wide range of games and other products for the website. Outside of Gaming Trend, Patrick writes and records music, grinds perpetually in Elder Scrolls Online (PS4), and lives day to day with his two dogs, Bob and Stella.
Related Articles: Indies, The Chronicles of Nyanya
Share
Tweet
Share
Submit