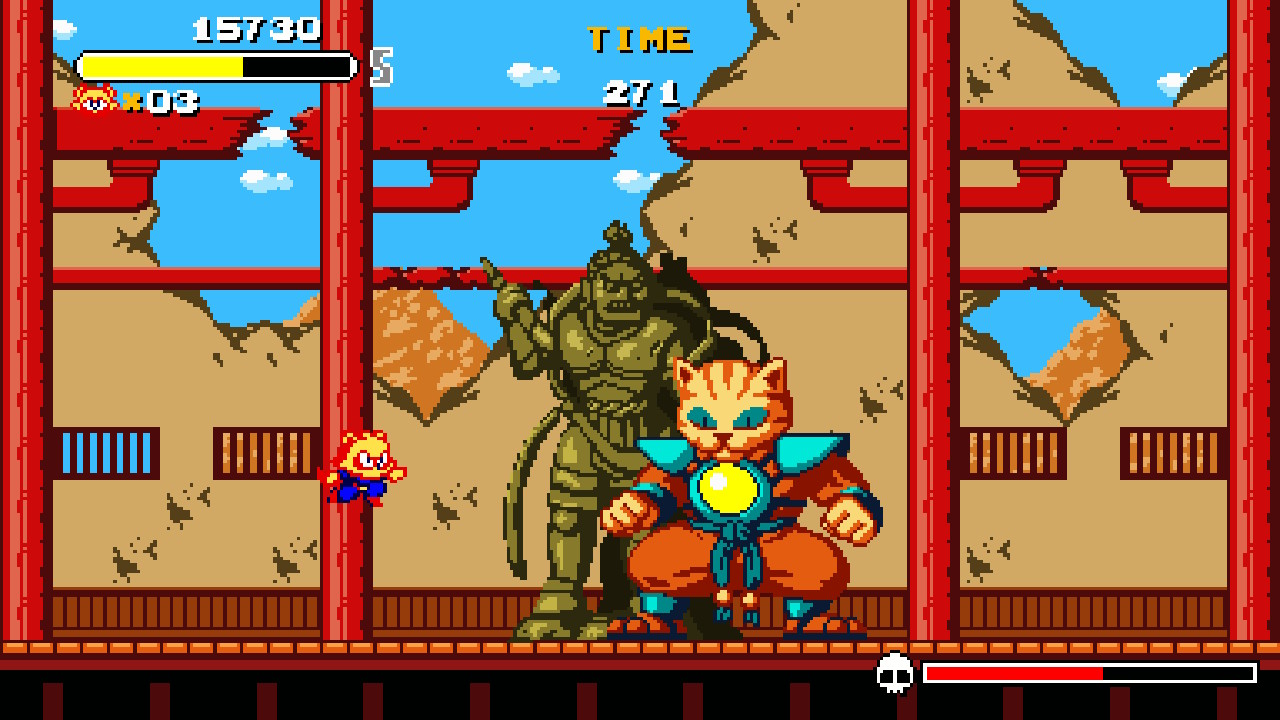 I have a love/hate relationship with the NES era of games, and prefer the SNES years due to how difficult yet fair the latter’s games were. That said, I do know my way around hard games (I mean, I’ve beaten Cuphead on Switch at the very least), and I like a challenge here and there. For better or for worse, the run and gun platformer Tanuki Justice emulates the 8-bit era of games quite nicely; unfortunately, that also means it copies the frustrating unfair bits as well as the cool pixel art style of the times.

In Tanuki Justice, you control your titular tanuki ninja across six brutally difficult stages, armed with a shuriken attack that can be thrown in an 8-way run. By grabbing gems and beating enemies, you can also unleash a powerful screen-clearing attack that will wipe away most weaker enemies and put a dent into bosses. You can double jump and lock your aim if you want to be precise with attacks, or keep running while you focus on aiming. It’s a control scheme that harkens back to something like Contra or Ninja Gaiden. 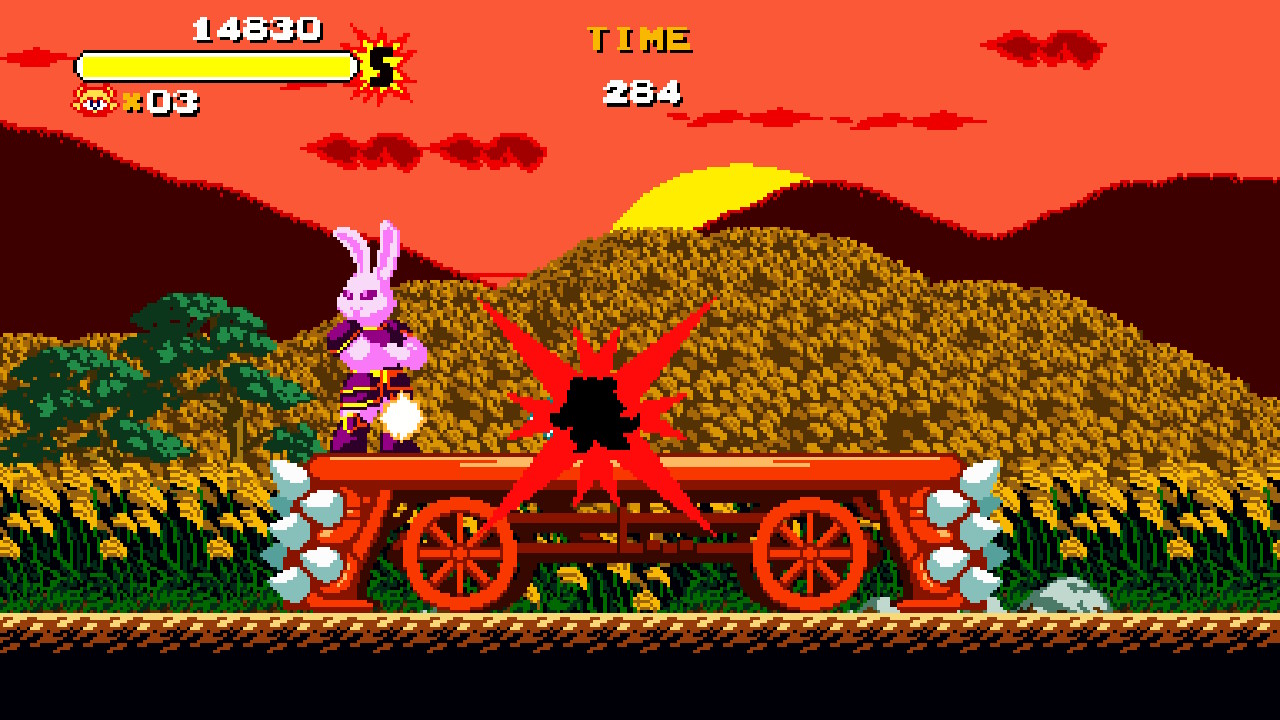 Like those games, Tanuki Justice also focuses on hardcore platformer difficulty; even in normal difficulty (the easiest of three, mind you), there are tons of projectiles and enemies to dodge. If that doesn’t seem too hard, keep in mind if you get hit once you croak, unless you have a shield powerup. While checkpoints are abundant, you lose your special attack meter every time you die, which usually means struggling to stay alive if you are saving up a special attack for a boss. It’s here where the game firmly identifies with the 8-bit run and gun games of old, and for those that want a challenge, it’s here.

That said, it also falls into the archaic limitations those games had. For starters, enemy and projectile placement feels random, even though most are predetermined. This means that even if you make a clean getaway with a path, you’re at the mercy of whatever the AI decides it wants to throw at you. There were multiple times in the early stages when I would be fine, but due to my viewing area, would end up bumping into a monkey or stray shuriken that would proceed to mess my run up. There are unlimited continues (even if your score resets from this), but it doesn’t mitigate the fact that there are tons of cheap deaths in every stage, especially on harder difficulties. 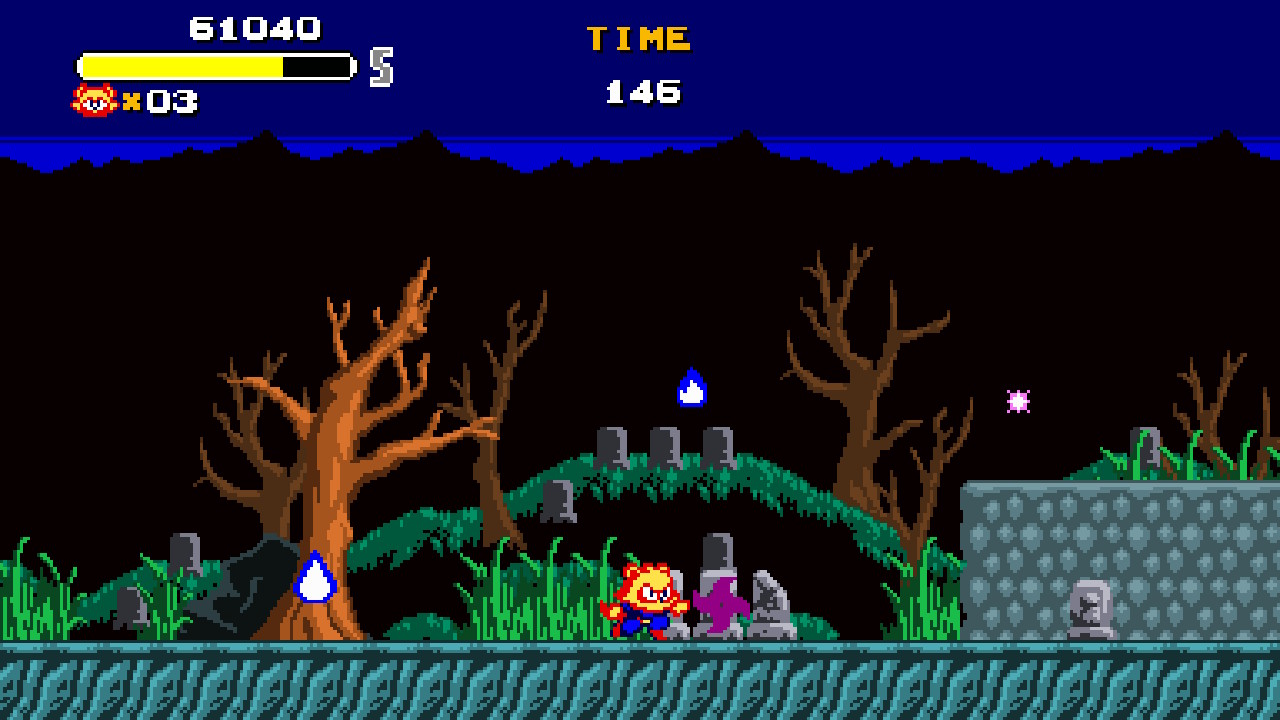 This wouldn’t be a problem if the controls were simpler. Unfortunately, oftentimes the “lock into running” and “lock in place” commands would be misinterpreted, and I would run when I didn’t want to, costing me another life or two. It would have been better to map some of the commands onto different buttons on other parts of a Pro Controller or dual Joy-Con grip or just remove the “lock into running” command entirely. As it stands, I kept triggering the wrong move and caused way more troubles than it was worth. 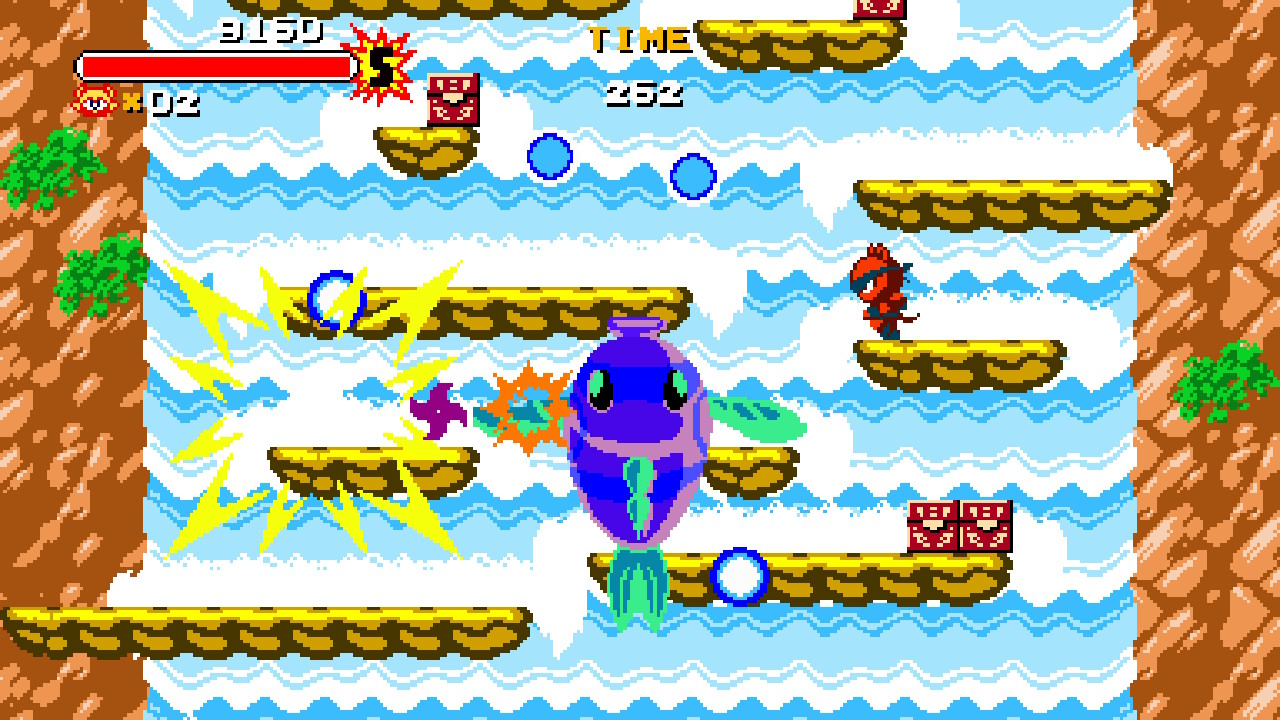 In terms of adhering to the retro throwback, the pixel art style here is bright and colorful, and I liked how distinct Tanuki Justice was in this department. However, its performance was a different story; from the first stage I encountered some slowdown when fighting a boss, and it was pretty annoying. Thankfully, nothing major popped up afterwards, but there were a few slower framerates and flashy pixels here and there. I get that the game is going for some retro authenticity, but it doesn’t have to go that far. While the graphical style is great, the chiptune sounds are unremarkable and simply serviceable.
For those that can stomach the sometimes unfair and brutal difficulty, there’s a lot to like here, with replays encouraged due to unlockable modes like a survival mode and an achievement system integrated within the game. (Good luck beating it in under 13 minutes though!)

Tanuki Justice is a throwback to the run and gun games of the 80s and 90s, for better or for worse. While it does sport some challenging difficulty and a distinct pixel art style, some of it goes into unfair territory and ends up being an exercise in frustration.

Elisha Deogracias is an aspiring accountant by day, freelance writer by night. Before writing for Gaming Trend, he had a small gig on the now defunct Examiner. When not being a third wheel with his best friends on dates or yearning for some closure on Pushing Daisies, he's busy catching up on shonen manga and wacky rhythm games. Mains R.O.B. in Smash. Still doesn't know if he's a kid or a squid.
Related Articles: Indies, Tanuki Justice
Share
Tweet
Share
Submit