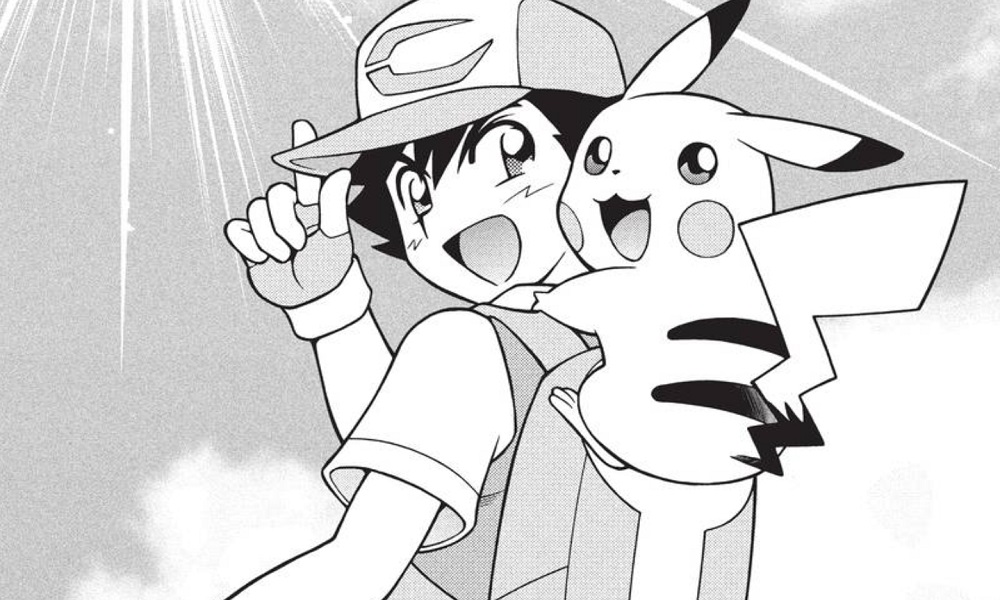 We all love a good origin story, but the most ambitious ones are the ones that retell and remaster a tried and true classic. Pokémon the Movie: I Choose You! was one such example, rearranging the events of Ash and Pikachu’s early adventures and updating them into a new continuity, with Pokémon from later generations getting implemented into the story too. While it’s not the best way to experience Pokémon from the beginning, it was a nice treat for fans of the original series or for those who played the most recent entries. VIZ Media recently released a manga adaptation for the anime, and while it does tell the story of the duo competently, it falls to the same shortcomings of the source material and has a few problems of its own. 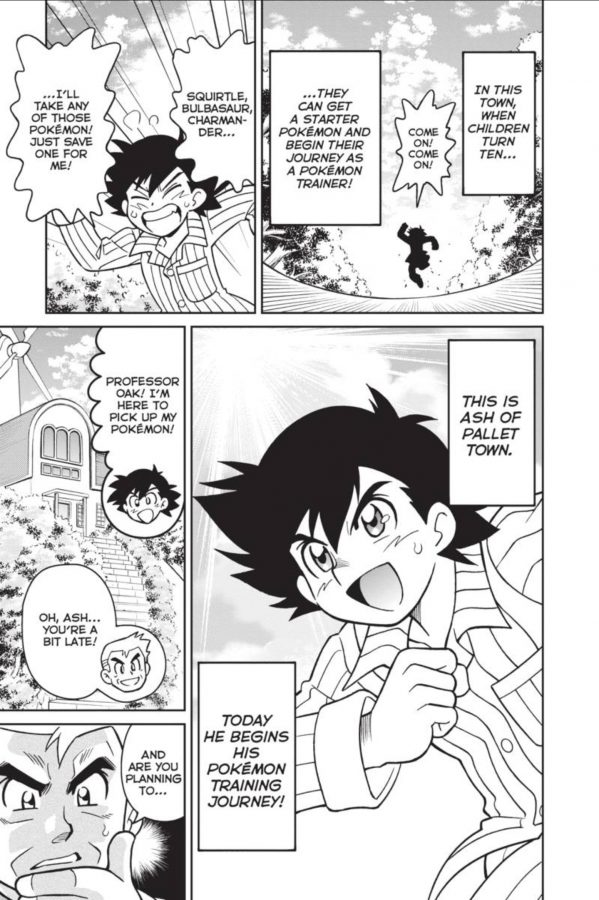 I Choose You! chronicles Ash Ketchum’s first days as a Pokémon trainer, as he arrives late and is stuck with a Pikachu as his starter. Pikachu is less than thrilled to work with him, and is stubborn enough to not enter his Pokeball. After a hostile encounter with a raid of Sparrows, the two become best buddies as Ash plans to become a Pokémon master. Along the way, he encounters a Ho-oh and wants to follow it, meeting an Entei along the way. He also meets two people, Verity and Sorrel, who accompany him on his quest. This journey loosely goes through the events of the first anime series (with the narrative arcs of Charmander and Caterpie getting some limelight here), though the main product is a distinct entity, as new Pokémon appear throughout the tale. From Piplup to Incineroar, you’ll see a ton of Pokémon that could never have appeared in the original anime.

What I always found odd about most Pokémon adaptations is how drastically different the manga looks compared to the anime. With this adaptation, it’s no different, with a less detailed style represented rather than the classic style of the anime. To be fair, it looks reminiscent to the latest Sun and Moon series instead of the original, and will definitely appeal to younger audiences. I do enjoy how this adaptation makes Pikachu and a few other Pokémon cuter than usual, though the human characters look a bit off in terms of aesthetic. This is most apparent in the dream sequence where Ash imagines a world without Pokémon. While a nightmarishly beautiful sequence in the anime, the simple designs of the characters mixed with none of the Pokémon designs means that this moment of dread is lessened and feels dull and lifeless. 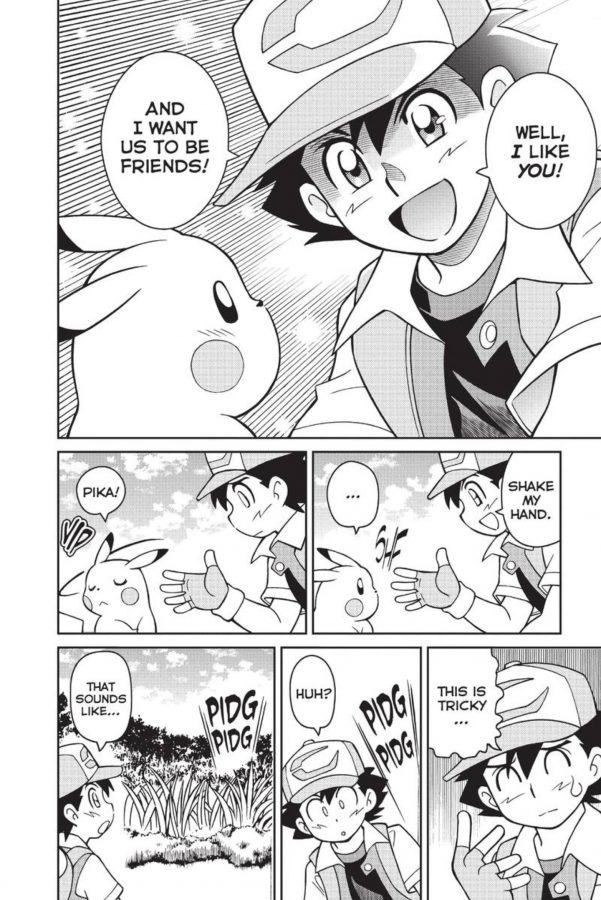 However, the main issue that the I Choose You! manga adaptation has is that it’s merely a straight adaptation to the anime film rather, squandering the opportunity to flesh out the main story more. It goes a pragmatic route in retelling the events of the film, with the main story intact. However, this is the biggest flaw, since the film itself glosses over a lot of Ash’s journey (battles are truncated to mere montages, and he doesn’t even have a full party this time around). I’m also concerned with the shoehorning of Team Rocket, as they’re just… there, with little fanfare or relevance to the plot. It would have been better to excise the trio, as they act as filler and comedic relief in an anime film that didn’t really need it.

That being said, the best moments in the adaptation are when it clarifies some details of events (most likely due to the manga using an early script of the film). In one example, Ash actually sees a Charmander in the beginning and wants it for himself, but rival Cross shows up and takes it, establishing his character as well as the rivalry between the two. In the film proper, this introduction is near the middle of the story, which makes the rivalry feel rushed in comparison. It also clarifies that infamous moment where Pikachu talks (he doesn’t, it was just his internal thoughts). Aside from a scant handful of these moments, the manga adaptation is a basic retelling, for better or for worse. 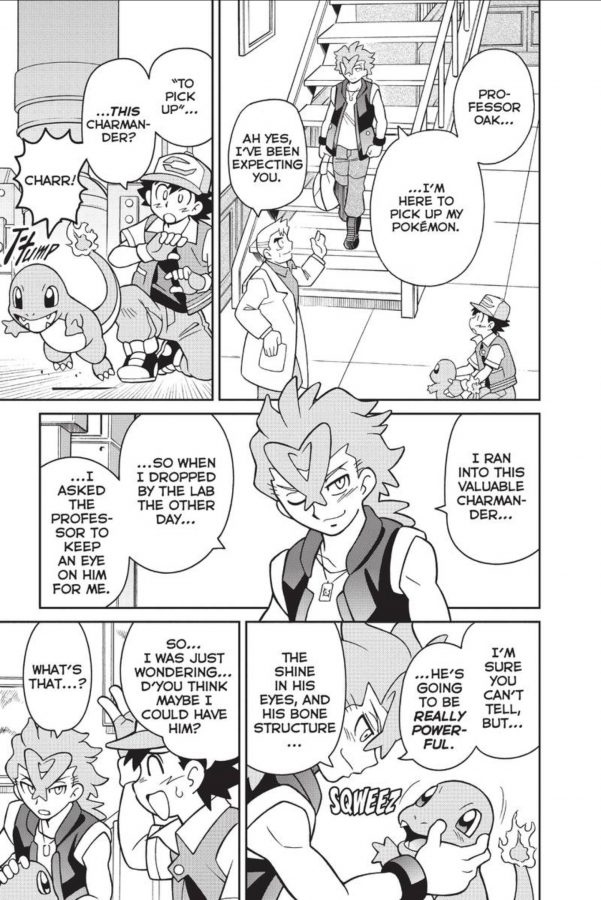 Pokémon the Movie: I Choose You! Manga

The manga adaptation for Pokémon the Movie: I Choose You! is serviceable but unremarkable. While an ambitious retelling of a classic beginning, it ultimately wastes its potential in fleshing out the source material on which it’s based.

Elisha Deogracias is an aspiring accountant by day, freelance writer by night. Before writing for Gaming Trend, he had a small gig on the now defunct Examiner. When not being a third wheel with his best friends on dates or yearning for some closure on Pushing Daisies, he's busy catching up on shonen manga and wacky rhythm games. Mains R.O.B. in Smash. Still doesn't know if he's a kid or a squid.
Related Articles: Beyond the Page, Pokémon the Movie: I Choose You! Manga
Share
Tweet
Share
Submit