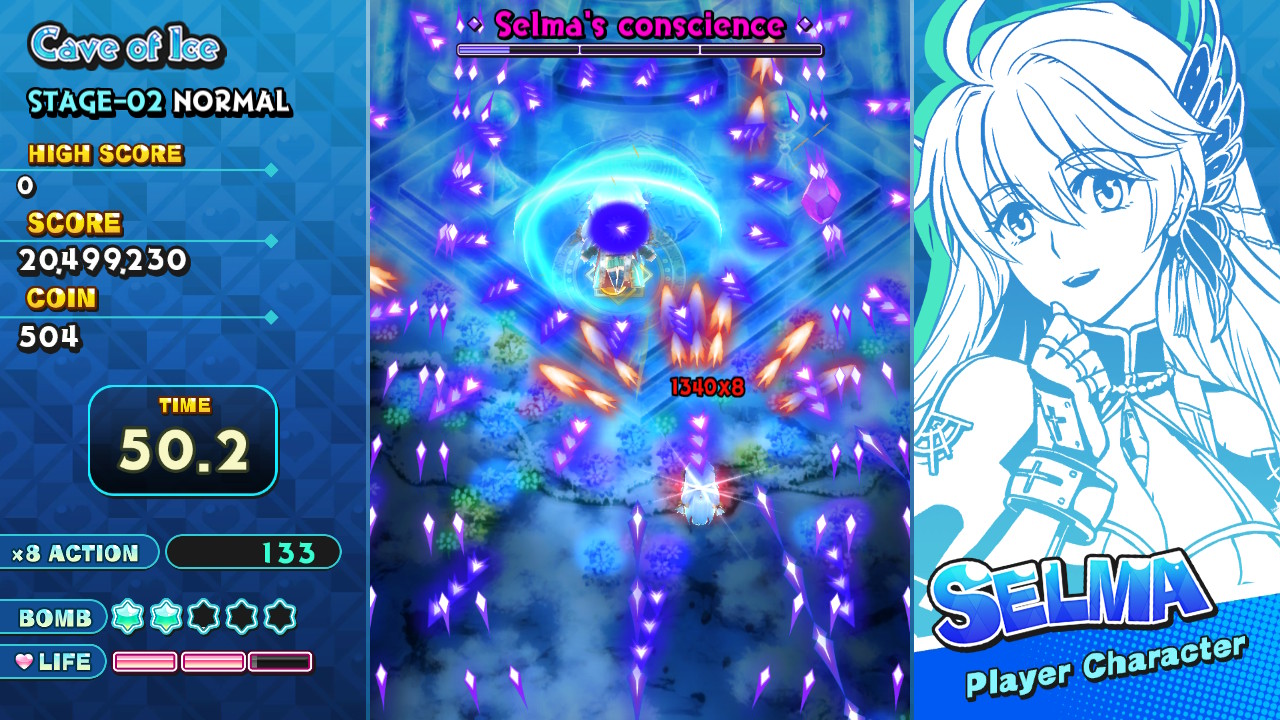 Castle of Shikigami III is one of my guilty pleasure games from the Wii era. It’s a surprising mix of sadistic, Touhou-like bullet hell and some hilariously over-the-top cheesy voice acting (the PS2 predecessor outdoes it, but I love the pairing mechanics of III). Alfa System has recently created a spiritual successor with Sisters Royale, and while it does sport the same aesthetic and humor as its inspiration, it unfortunately falls flat in mimicking the shoot-em-up subgenre as a whole.

In the land of Pultima, a being named Seytan terrorizes the land. Five sisters are the key to defeating this foul beast, but unfortunately they don’t see eye to eye with each other, and their uncooperative nature means they can’t save the land. However, a man named Yashin suddenly enters the picture and the sisters agree to defeat each other for the chance at his hand in marriage. 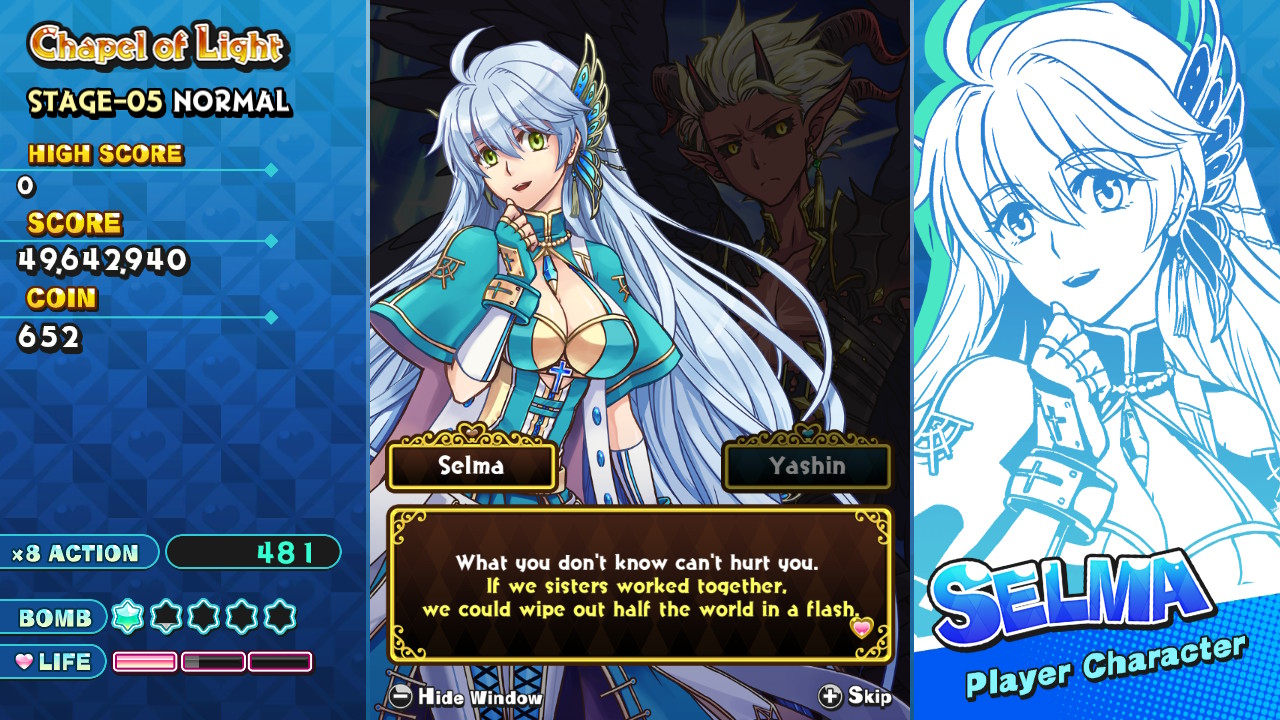 You select one of the sisters (with a sixth character available as DLC): Sonay, Selma, Ece, Nur, and Lale as they fight with each other (as well as themselves ala a mirror match) in five different stages. Should you be successful, you’ll end up with Yashin’s hand in marriage (even youngest sister Lale, which does lead to some weird implications but at least a time skip occurs). It’s a weird concept that’s executed bombastically with the limited story cutscenes available. It’s no Castle of Shikigami with its glorious voice acting, but the sisters are an unlikeable bunch and at least it’s fun to laugh at them.

The sisters’ personalities and story modes are different (I suggest playing Lale, who earnestly wants to ask her sisters how to date someone, with them giving her hilarious responses), and their gameplay also reflects this. Each character has a shot type, a powershot type (which is activated by grazing past enemies or bullets closely but not enough to trigger your hitbox), and a summon (which is a special creature that you can summon with a charged button press). You also have a flashy bomb attack, which you’ll need to use sparingly. It’s standard Touhou mechanics with unique flare because of these attacks.

It’s great that Alfa System could translate the Castle of Shikigami shot types to these characters, and each has a strategy that will fit your playstyle; Sonay, for example, has straight forward shots while Lale has fewer shots that can pierce enemy defenses. On the other hand, Selma has a summon charge that is extremely strong but requires some swift maneuvers in order to dodge bullets. I love the diversity of playstyles in Sisters Royale, and it makes for some unique playthroughs. 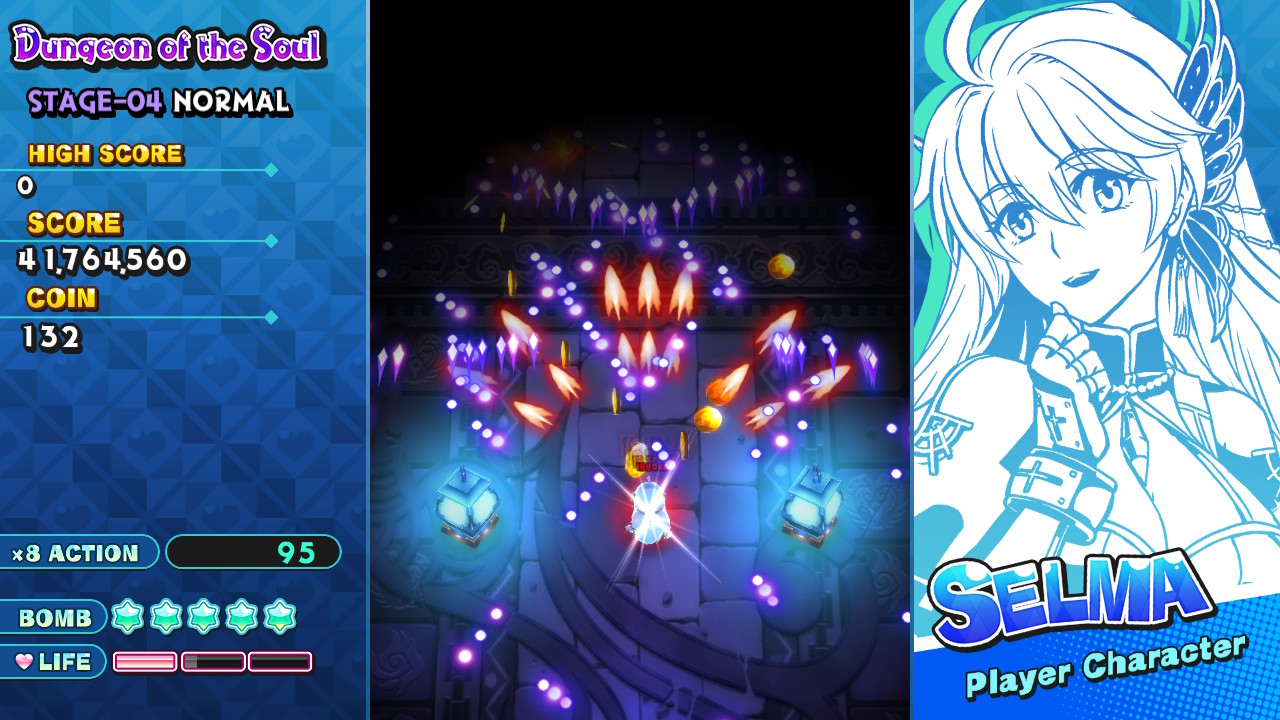 If only the rest of the game had as much love as the quirky characters and story. The main issues with the gameplay is that the movement and inputs feel sluggish and slow. The speed in which your character moves is slow enough to be annoying, and there’s no way to execute a quick dodge. (You’ll also move slower with your summon out, but that’s more of a risk/reward mechanic.) However, there is a very slight delay which will absolutely trip you up when playing anything harder than easy. Sure, we might have performance issues with most games, but in bullet hell shooters, input sensitivity and execution is absolutely necessary for survival. In my normal playthrough with Selma, there were multiple times where I thought that I pressed the bomb button only to get hit because it activated a second later. This lag is inexcusable and might actually be a deal-breaker for some players. 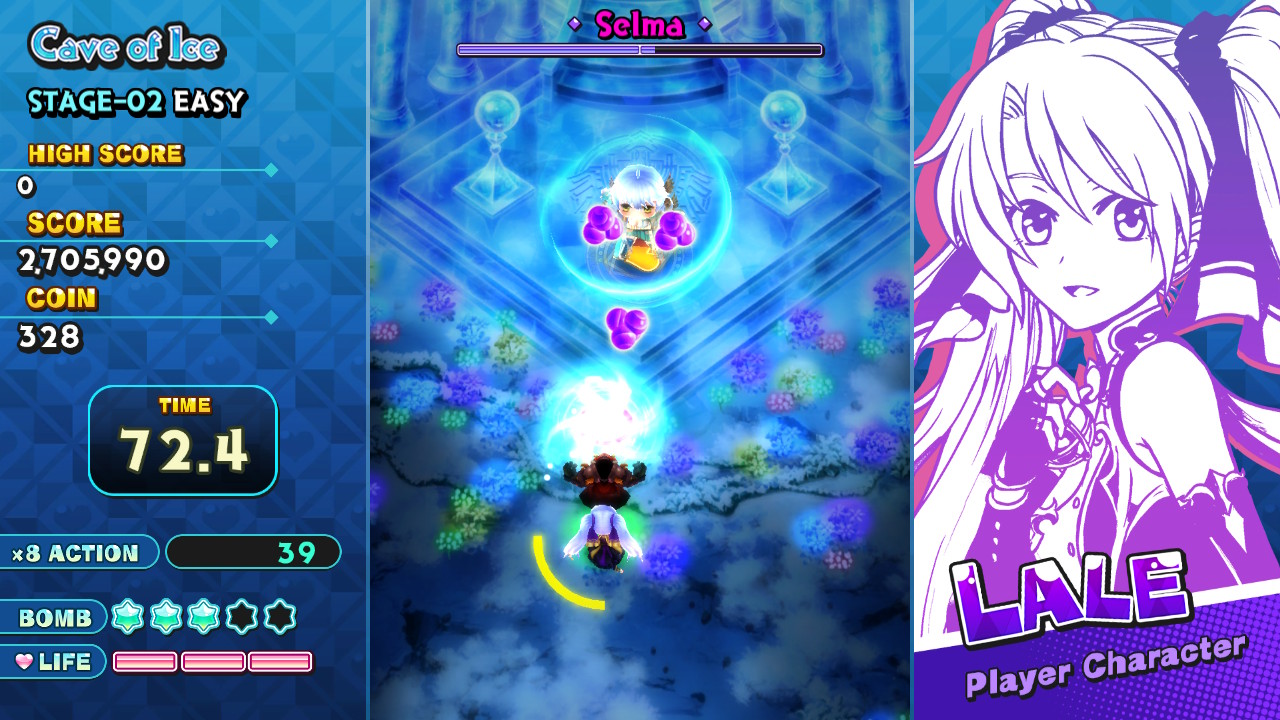 In addition, the stage structure feels uninspired and bland; the whole game will take you about half an hour to complete (even if you end up using continues), and while different characters spice up the gameplay, the enemies and other hazards feel tacked on, especially mid-bosses. These cubes will just go down in a few seconds if you play your cards right, and I’d rather them be bigger versions of the common enemy types that roam around during a stage. The music is serviceable (with the story cutscene background and first stages being standout tracks), and the performance is fine; I didn’t notice any big areas of slowdowns aside from input lag, and there are some great options to hone your skills, like TATE support and a practice mode if you want to repeat a certain area that’s tripping you up. I just wish this game was in a slightly better package than what we got.

Sisters Royale is a decently fine title for die-hard bullet hell fans (or those that yearn for the craziness of Castle of Shikigami), but some glaring issues and uninspired presentation makes this a quarrel from which you’ll want to step away.

Elisha Deogracias is an aspiring accountant by day, freelance writer by night. Before writing for Gaming Trend, he had a small gig on the now defunct Examiner. When not being a third wheel with his best friends on dates or yearning for some closure on Pushing Daisies, he's busy catching up on shonen manga and wacky rhythm games. Mains R.O.B. in Smash. Still doesn't know if he's a kid or a squid.
Related Articles: Indies, Sisters Royale: Five Sisters Under Fire
Share
Tweet
Share
Submit