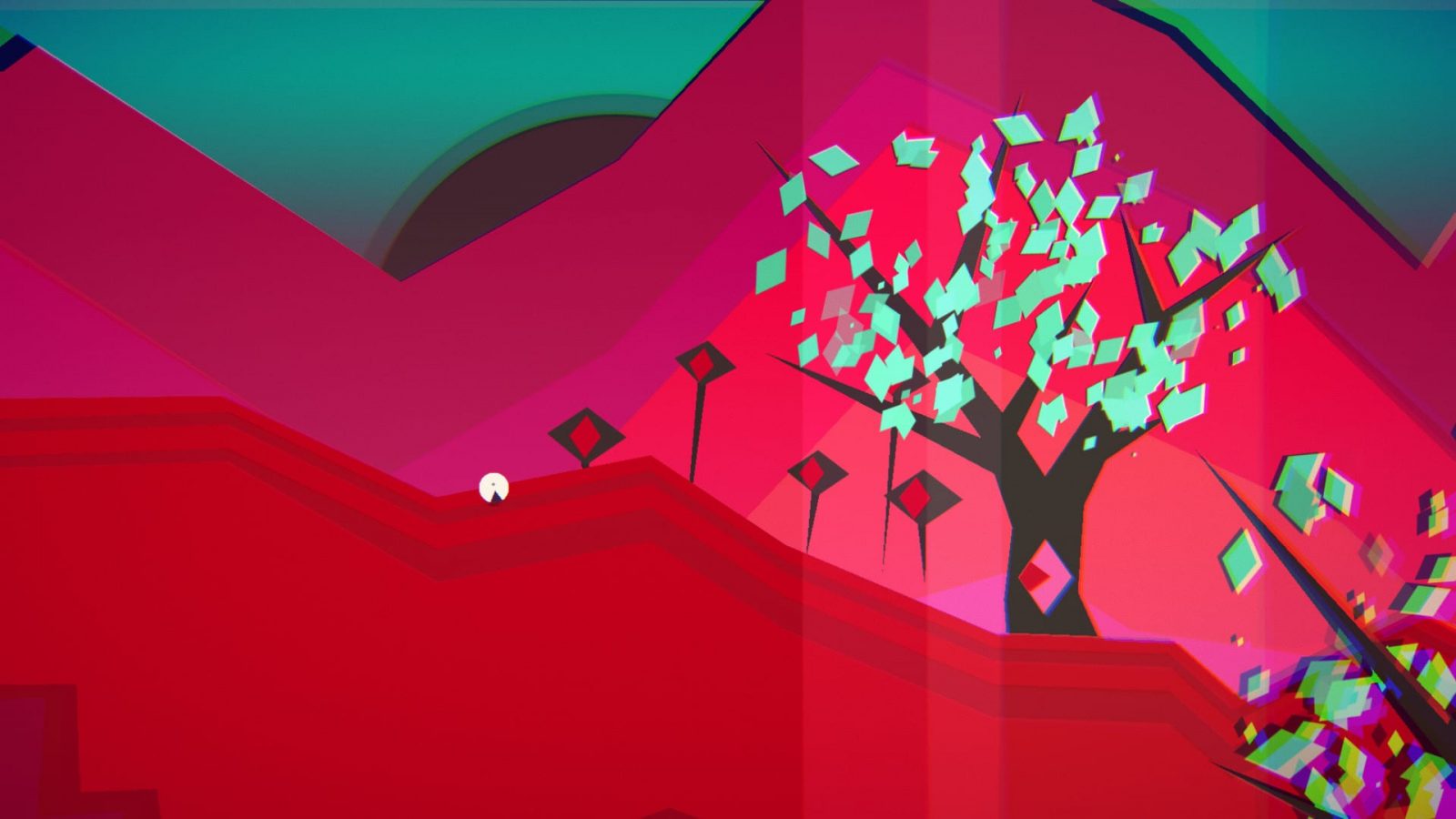 A nightly storybook or a kindergarten fairytale are two ubiquitous concepts that I think most of us can relate to. They’re an essential part of the world of literature serving as a lot of people’s first foray into recreational reading. Whether it’s the partly fascinating, partly horrifying Where the Wild Things Are or the selfless and somber tale of The Giving Tree, these tales usually share some similar motifs. Simple and amusing writing and a moral lesson clear enough for waddling toddlers to catch. Journey of the Broken Circle by developers Lovable Hat Cult takes a lot of inspiration from children’s classics as the game’s stronger aspects come from its simplicity. However, the bare approach to both storytelling and gameplay wears on further into the game as Journey of the Broken Circle tries to approach mature topics and incorporate new gameplay mechanics with hit-or-miss results. 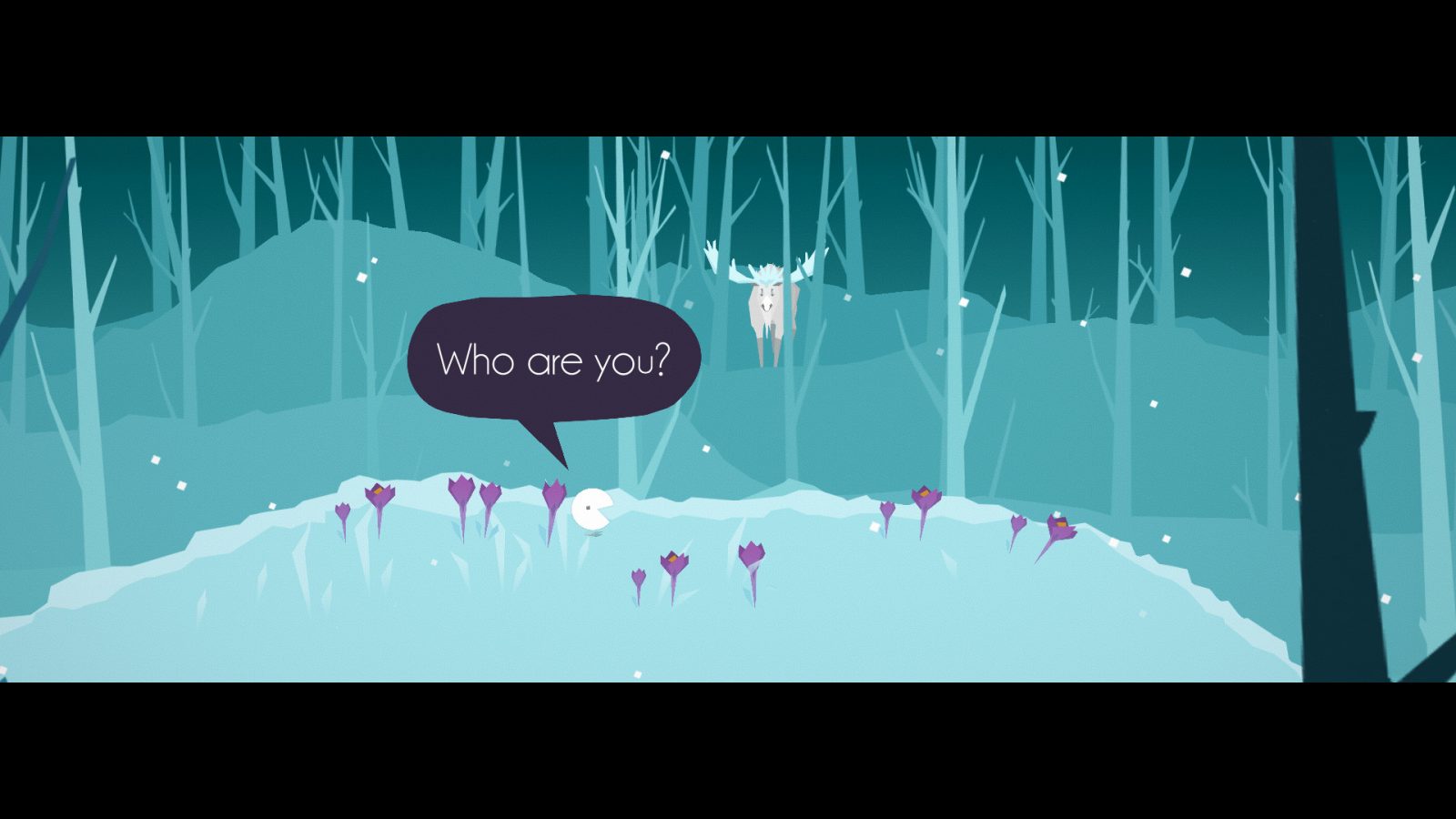 In Journey of the Broken Circle, you’re the eponymous Circle—our Pacman-shaped protagonist rolling across the lands in search of its missing piece to complete itself. The narrative platformer tumbles Circle down a handful of levels that range from mountainous vistas, frozen tundras, to raging thunderclouds. All the while our round protagonist encounters a wide cast of charming characters who give different insights on the overarching theme of existentialism and self-worth.

The overall presentation may be the game’s best asset. Donning a basic but effective art style composed of geometric vector art, there are definitely some pleasant visuals to be found in this 5-hour adventure; nothing jaw-dropping, but lovely nonetheless. The same can also be said about the game’s audio design. Journey of the Broken Circle boasts a synth-heavy soundtrack with each level having its own unique and fitting piece. There’s the slow, ambient trance of the caves or the high-temp bop forcing you to jump to the beat as they soar through the skies—the music doesn’t disappoint. Characters also speak in this esoteric gibberish reminiscent of Animal Crossing or The Sims that elevates the game’s already sweet atmosphere. Sadly, the other design choices don’t quite reach the same highs.

The main story levels are textbooks examples of all style no substance. The sleek art direction can only go so far when nearly every level is just a tad bit monotonous to get through. They’re not challenging enough with checkpoints galore, the mechanics they try to splice in feel all too familiar, and the overall structure can just become a slog especially when the same mechanics are revisited.  There are mushrooms hidden throughout each stage and gathering enough of them unlocks the bonus levels “Bad Trip” and “Good Trip”, which are the two most interesting levels in the game. Bad Trip is an homage to the viral Getting Over It only you’re a circle with an elongated mushroom growing out of you while, as the name implies, you experience an intense psychedelic trip. Good Trip, on the other hand, almost plays like a classic Sonic level. Rolling around in a relatively open arena filled with intricate platforming that really showcases the studio’s design chops, but at the same time, it’s a little disappointing to see the same philosophy wasn’t implemented in the main levels. It also bears mentioning that I encountered two softlocks wherein control was wrestled from me when a piece of dialogue failed to prompt. 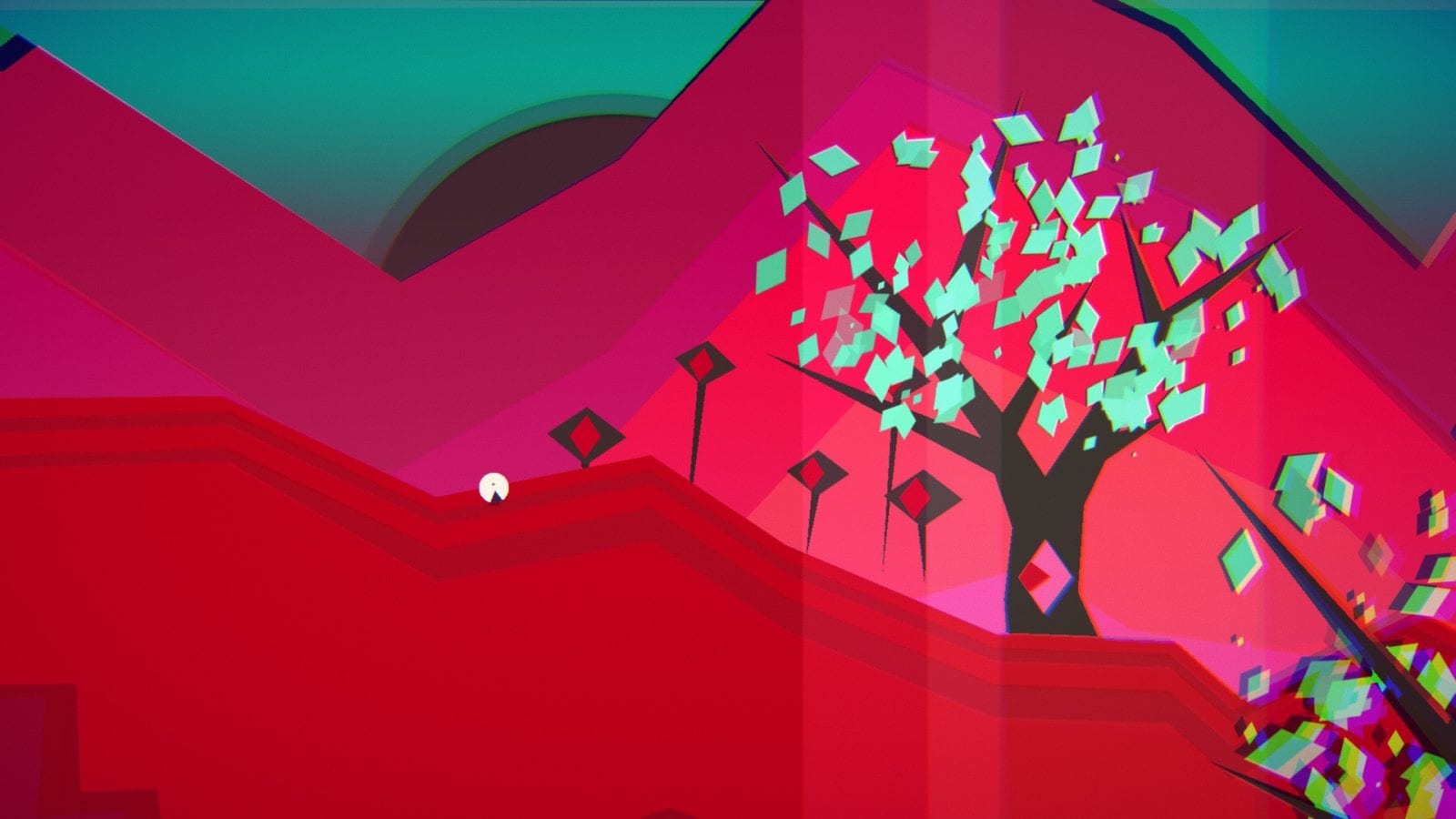 Bland gameplay can be warranted through an interesting plot, but Journey of the Broken Circle fails to fully deliver at that front too. It’s not that I’m opposed to media meant for teens or even kids that tackle issues most grown adults still struggle with, but this game doesn’t address these problems with the nuance they deserve. It’s a bit of a spoiler, but at one point Circle exclaims something along the lines of, “I’ve beaten anxiety! I’m all better now!” which is such a declarative statement that even if it was supposed to be interpreted as a joke it’s almost insulting.

The game covers these issues in such a blunt manner it seems as though the developers were aiming for an incredibly young audience but existentialism, relationship dynamics, self-loathing—these are such convoluted concepts some teens and adults still can’t grasp a basic understanding of them much less a child who still gets confused by the emotion of basic sadness. I don’t know about you but I’d have a hard time if my 5-year-old niece came up and questioned me about the psychological and moral complications of codependency.

Journey of the Broken Circle

Journey of the Broken Circle is undoubtedly an earnest effort but confusing writing decisions and mostly bland levels mar an aesthetically pleasing adventure.