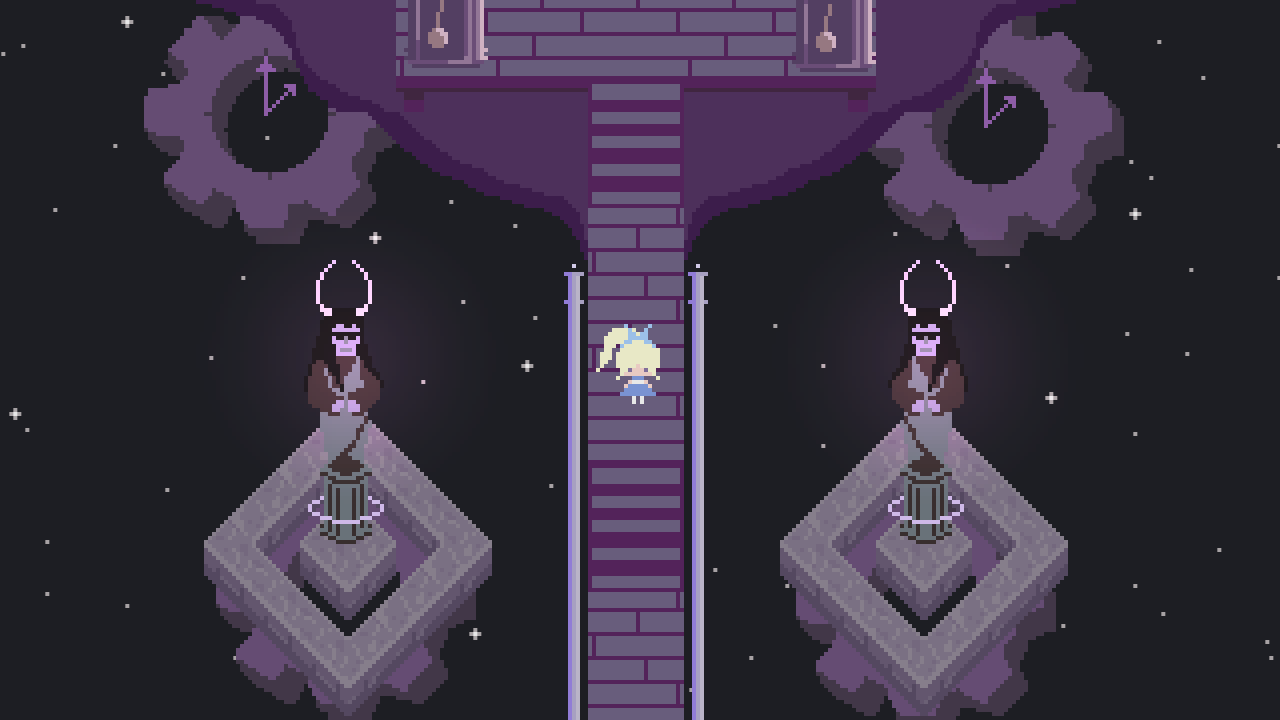 As a Virgo, it is safe to say I connect with the title of this game. I know close to nothing about the zodiac outside of the fact that I’m a Virgo. It turns out, not knowing about the zodiac doesn’t hurt the game much. That’s because it is a very good turn-based RPG that reminds me of Undertale in a lot of ways. It has a unique sense of humor, fun combat, and interesting characters that make up friends and enemies. This is an all-around fun game that shouldn’t fly under the radar.

Virgo Versus the Zodiac has you playing the villainous Virgo as she looks to defeat the rest of the Zodiac! Virgo, along with her friend Ginger have set out to realign the Zodiacs and return things to the Golden Age. The story itself is simple, but fun! It’s a great excuse to visit different locations and talk to zany characters. Oh, did I mention Ginger is a living Gingerbread man? Because he is! 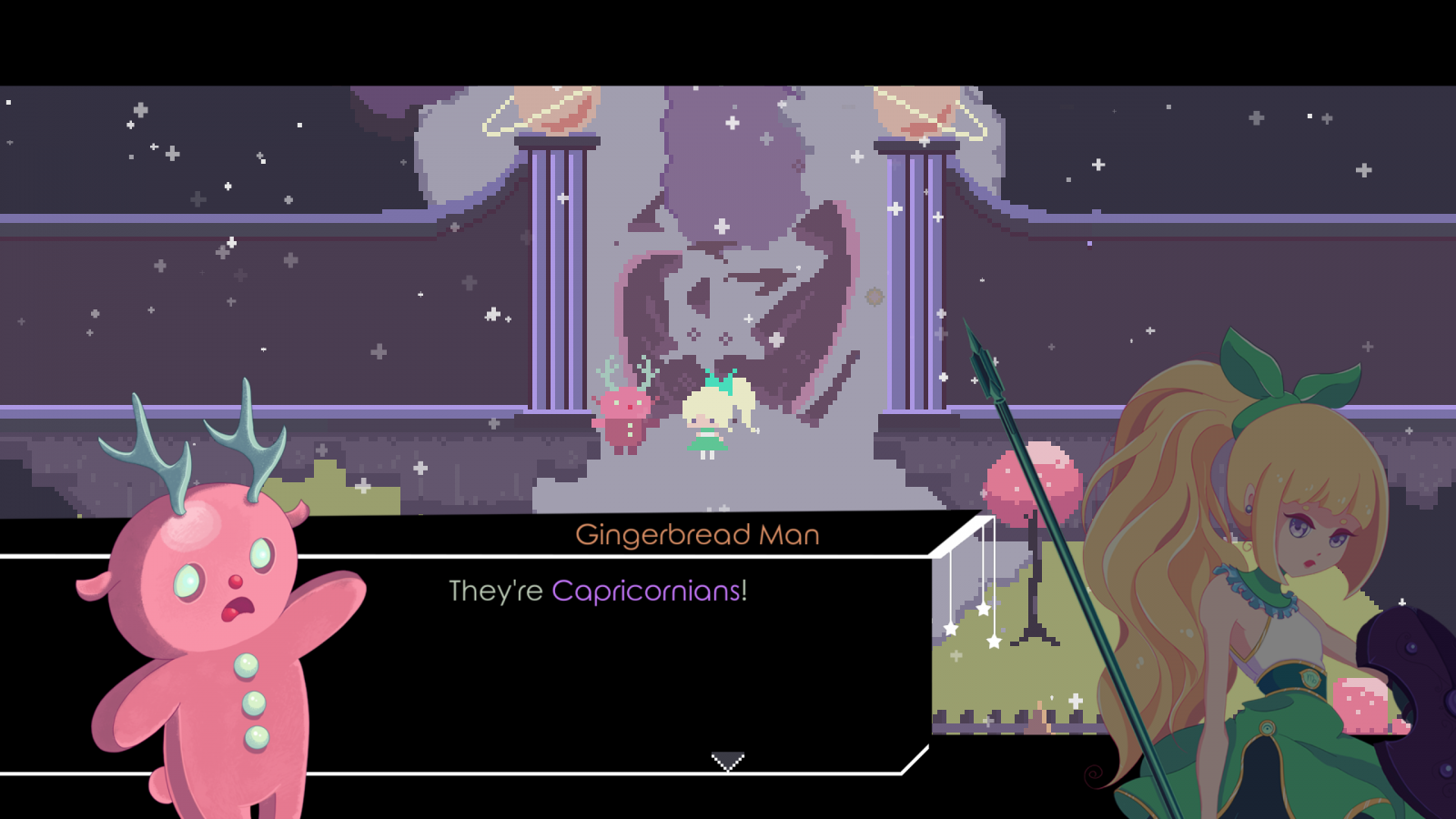 Curse you Ginger! You may be a good friend but I still want to eat you.

The first thing you’ll notice is that the graphics are a little on the simple side with Virgo Versus the Zodiac. The pixel graphics have enough detail to set the scene but that’s about it. Still, I actually kind of like them. They are deceptive. The environments are packed with items and characters to examine and talk to. They are very colorful and are constantly changing based on different environments. The graphics may also fool you into thinking you are playing an average pixel RPG but that couldn’t be farther from the truth. Virgo Versus the Zodiac has a lot of depth hidden under the simplistic graphic style. 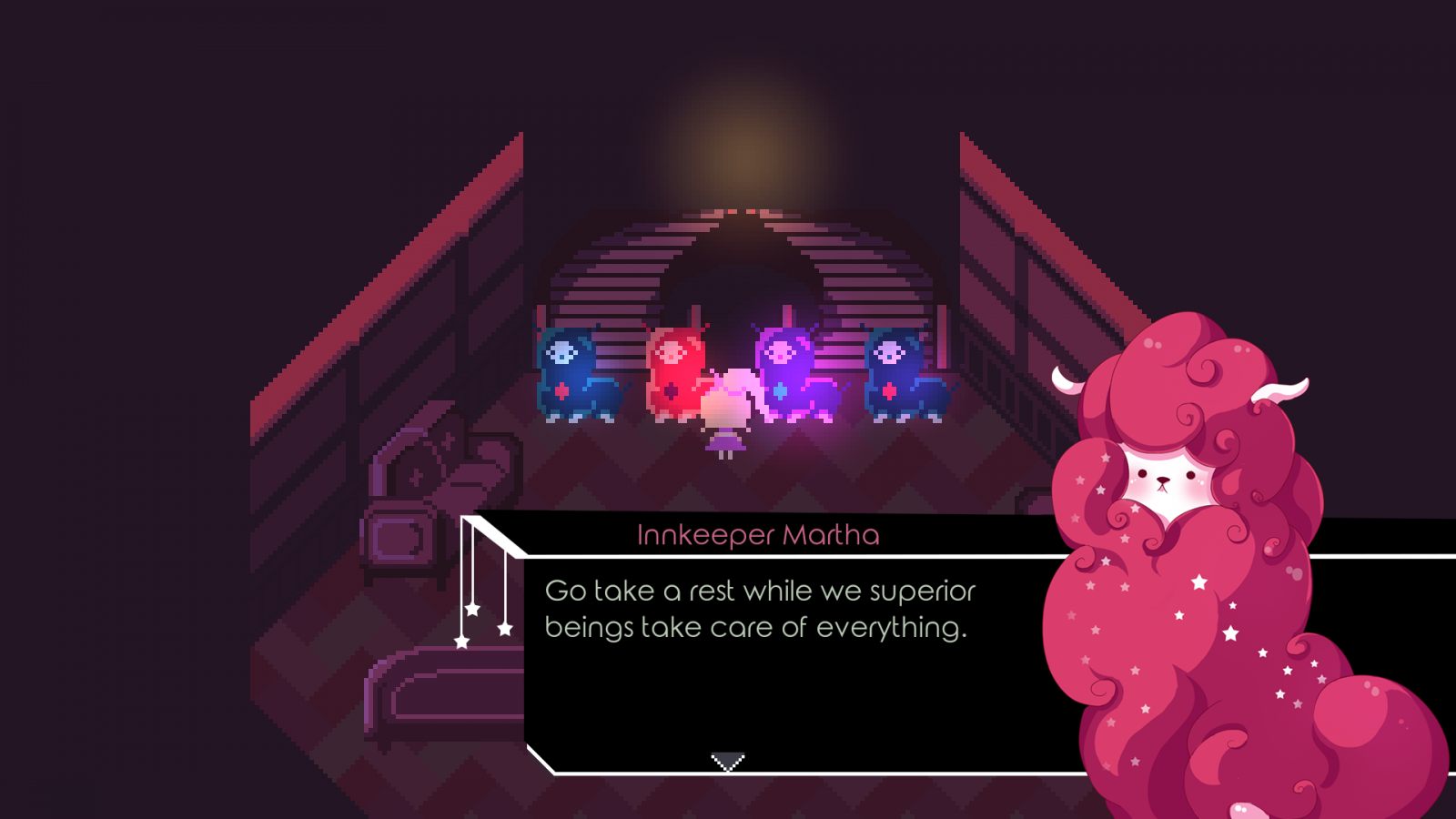 They clearly are superior beings.

As for how it is similar to the Mario RPGs, well, you only need to look at the actual combat itself to see that. It’s turn-based but during your attacks you have to press buttons at specific times to get the most out of your attacks. I like this system! I think it is the perfect way to add more skill to the turn-based attack system and I would love to see more games expand upon this feature.

The flow of combat itself is solid. Enemies are varied with their own abilities for you to deal with. It’s a constant question of when to defend and when to attack. Defense, or Purity, decreases at the end of your turn and the moves that gain it are often on a cooldown. It allows you to absorb damage and unleash a counter-attack to deal out damage of your own. However, doing this at the wrong times could leave you vulnerable to a big attack that demolishes your health. It’s important to get the hang of it because fights, especially against bosses, can get rather difficult. However, Virgo Versus the Zodiac is pretty generous when you die, allowing you to pick up right at the beginning of your current battle. This encouraged me to experiment and I didn’t feel super annoyed when I died, instead I was ready to get back in and show that enemy who is boss! I’m Virgo! I’m not going to lose to some goat! 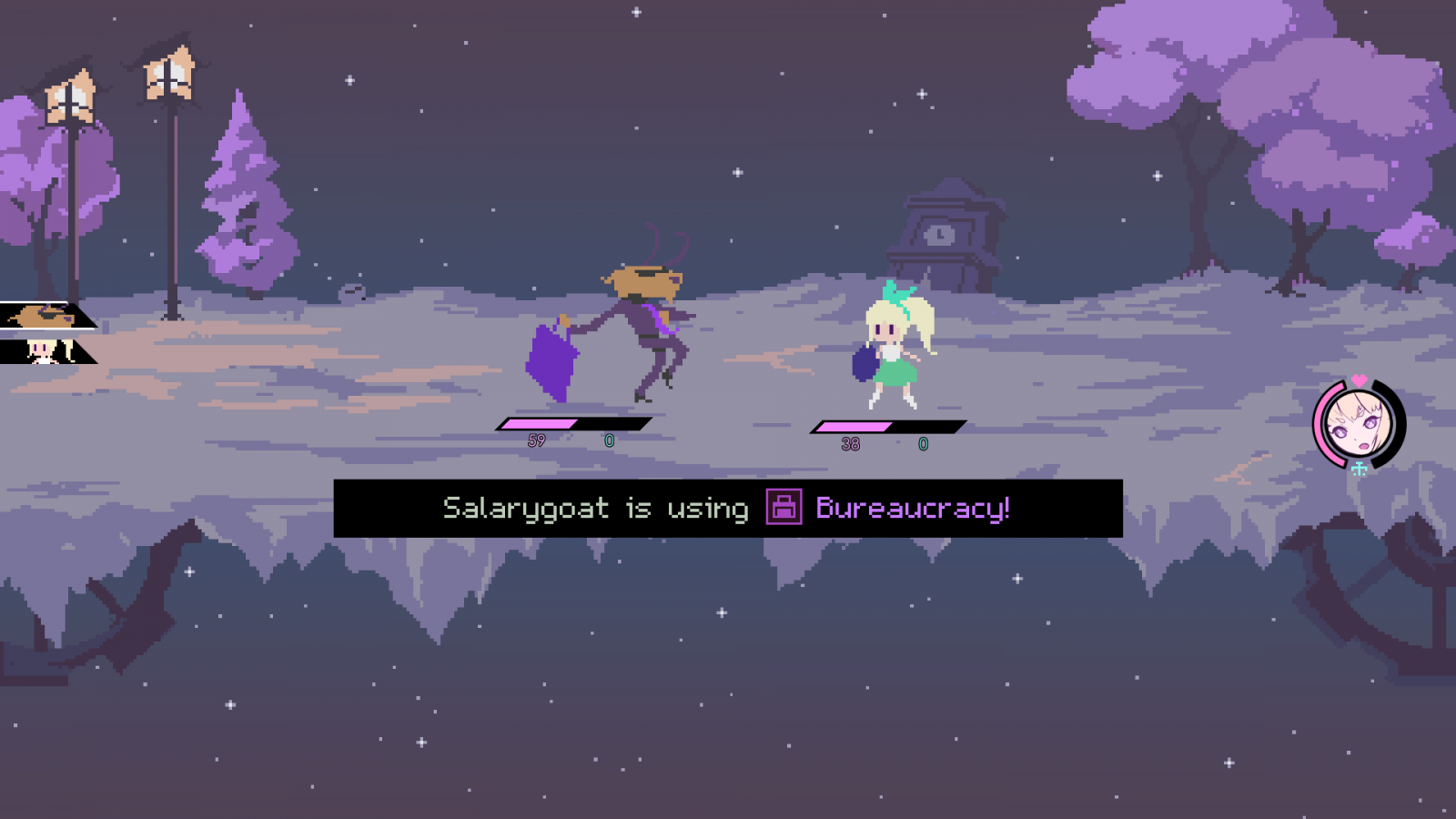 Virgo shall not lose to some goat!

When you are not fighting enemies you will be exploring environments and talking to characters. The writing in Virgo Versus the Zodiac is top notch. The humor is consistent and fantastic. I was always laughing and wanting to explore everything just to see what would happen. Sometimes that means fighting spiders in a box. Sometimes it means finding out a computer has 300 some tabs open. Sometimes it means using soap to stop the grinding of a machine. I…actually don’t know if that served any purpose at all but it was funny! While the explorable environments themselves tend to be on the smaller end, they are packed to the brim with dialogue and object descriptions that make them seem far larger than they are.

Virgo Versus the Zodiac is a game that demands multiple playthroughs. There are a lot of different options and different zodiac choices to follow that I’m already looking forward to jumping back in and exploring the different options to see what exactly changes. Perhaps next time I won’t spare my enemies. Death to all who oppose the great Virgo!

Virgo Versus the Zodiac is clearly inspired by other titles like the Mario RPGs and Undertale but its unique humor and stellar writing help it stand apart. This is a fresh RPG that is incredibly fun from start to finish. While not quite at the level of Undertale, this is not a game to miss if you love unique RPGs.

Virgo Versus the Zodiac

Virgo Versus the Zodiac is clearly inspired by other titles like the Mario RPGs and Undertale but its unique humor and stellar writing help it stand apart. This is a fresh RPG that is incredibly fun from start to finish. While not quite at the level of Undertale, this is not a game to miss if you love unique RPGs.

Austin Fern has been playing video games his entire life. The first console he truly fell in love with is the PlayStation 2 with Sly Cooper, God of War, and many others really leaving an impression. He enjoys all genres of games from FarCry 5 to Danganronpa and everything in between.
Related Articles: Virgo Versus the Zodiac
Share
Tweet
Share
Submit