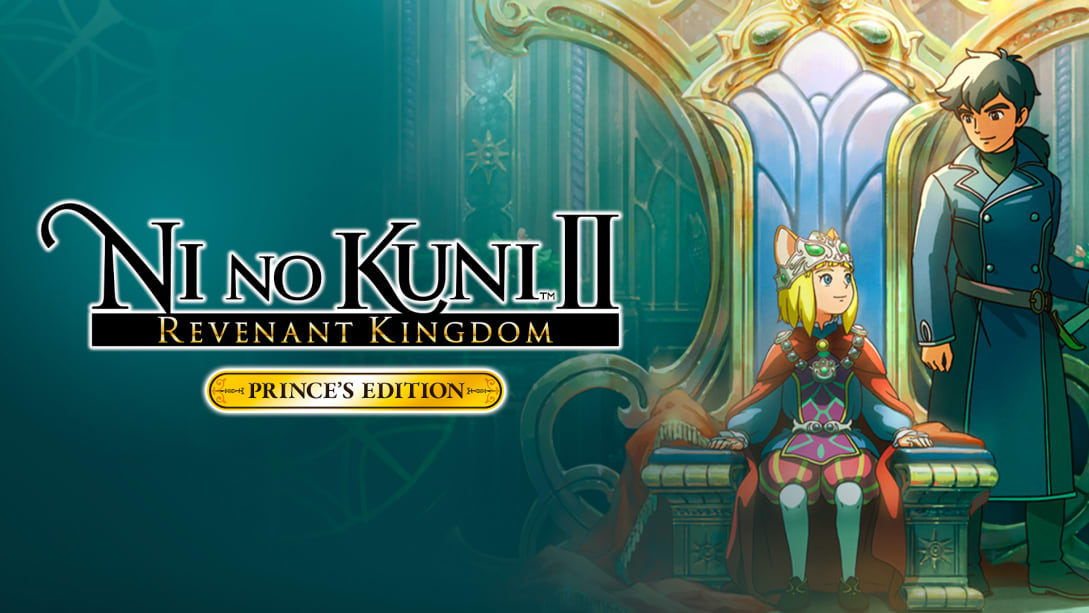 After developer LEVEL-5 released its first hit game in the Ni no Kuni series Ni no Kuni: Wrath of the White Witch, on the PS3 back in 2013 with a Switch remaster in 2019, it’s now the successful sequel’s turn to yet again shine under the spotlight. Ever since the series began releasing on modern consoles, I’ve become progressively intrigued by it and have been a silent but anxious observer due to the unique stories being told and the studio Ghibli aesthetic heavily featured in the games. However, now that both games are readily available to Switch owners such as myself, I decided it was high time I dove into the series.

As a disclaimer, I’d like to point out that this review will primarily highlight the game’s general properties as well as the quality and content of the Switch port. If you’re looking for our more comprehensive review, you can find that here. For those new to the game, Ni no Kuni II: Revenant Kingdom follows Roland, a man who was once the president of the United States until an unusual event occurs, and he’s whisked off to a fantasy realm where he meets Evan, the young king of the said fantasy realm. After a coup occurs the same day of their meeting, Roland decides to help the young king escape his enemies and eventually agrees to help him build a newer, better kingdom where everyone can be happy. The pair meet many friends, fight many foes, and go on several adventures along the way. 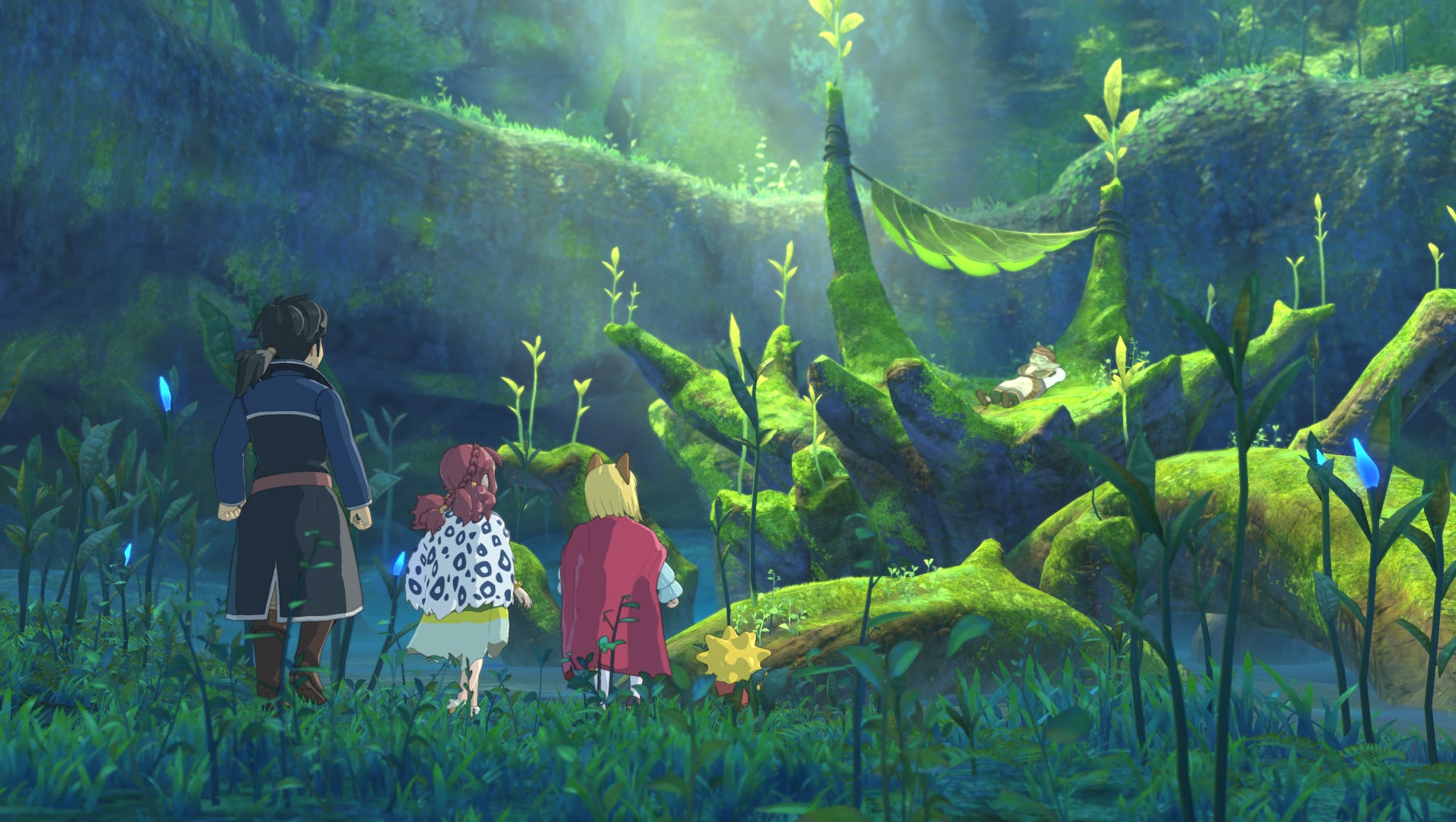 Ni no Kuni II’s story is undoubtedly one that engages the player from the get-go, due to its explosive entrance. The journey the characters go through is showcased in a heartwarming and highly entertaining manner. The characters themselves are just endearing enough for you to care about their actions and goals at each point in the story.

This excellence is also seen in the gameplay as Ni no Kuni II’s combat is executed and explained in a detailed yet straightforward way. Combat is done via real-time hack and slash. Players must master light attacks, heavy attacks, ranged attacks, special elemental attacks, dodging, blocking, and all manner of combos in order to thrive. Ni no Kuni II also provides the player with multiple ways of defeating enemies by unlocking additional weapons, skills, Higgledies, little creatures that help the player during combat, and more as they progress through the game. 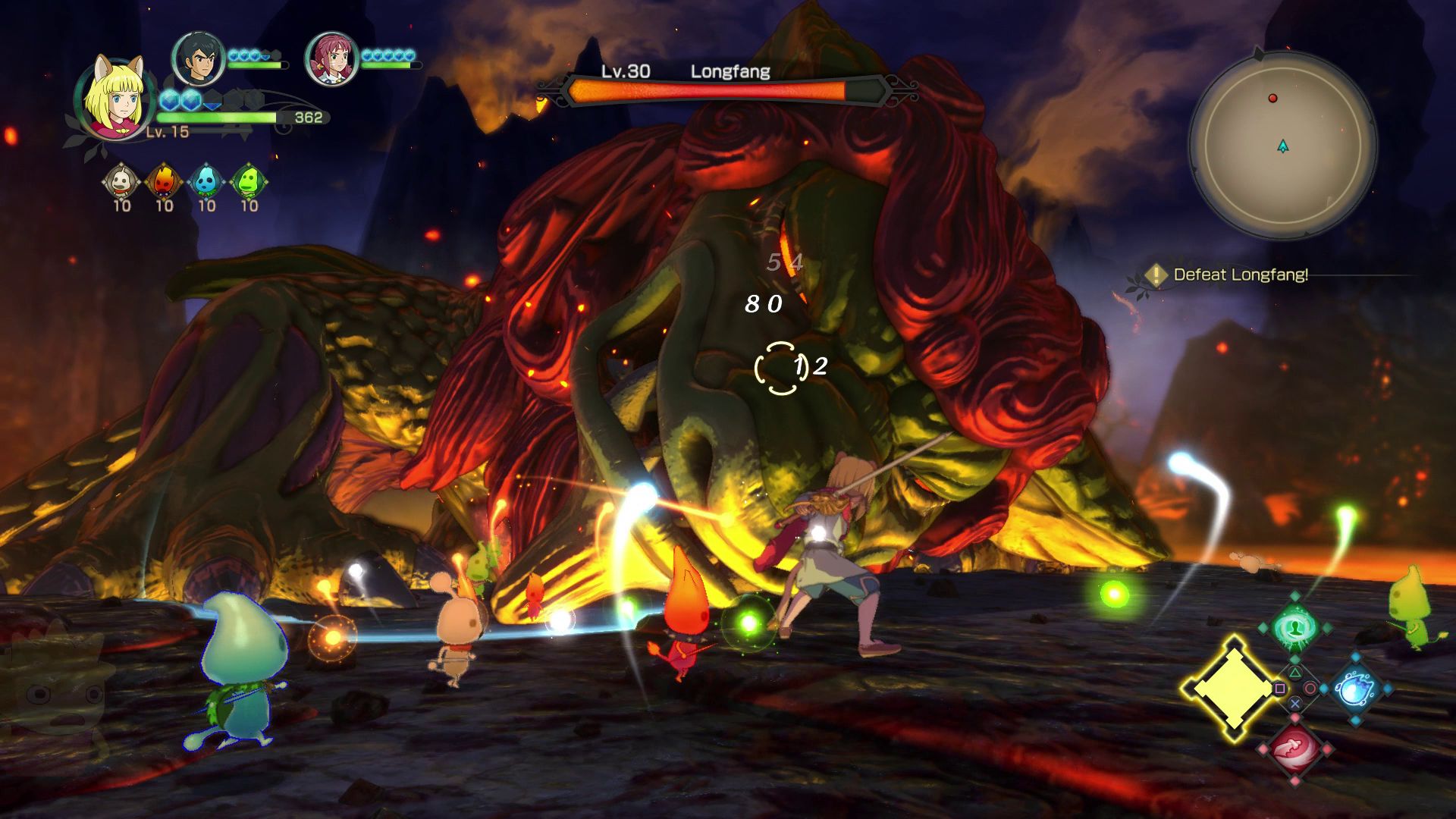 Players will also be introduced to the more tactical Skirmish Mode, which switches up the usual formula by playing out on the game’s map and with a top-down perspective. Players take control of Evan as the commander of his amassed army against another army of enemies. Another highlight of Ni no Kuni II is its intricate and clever puzzles that make the player feel highly accomplished upon solving them while still entertaining them in the process.

Visually, Ni no Kuni II is still a beautiful game on the Switch despite the noticeable technical downgrade. The visuals are still crisp, vibrant, and inviting, especially its famous Ghibli aesthetic, which can be appreciated during cutscenes. However, I should note that the visuals do take a noticeable hit in certain areas in the game and even the main menu when undocked. This also reflects in the game’s performance as the framerate in some areas in the game takes a heavy dip which is a bit unfortunate. However, I will note that these dips aren’t too frequent and only occur at specific points of the game. 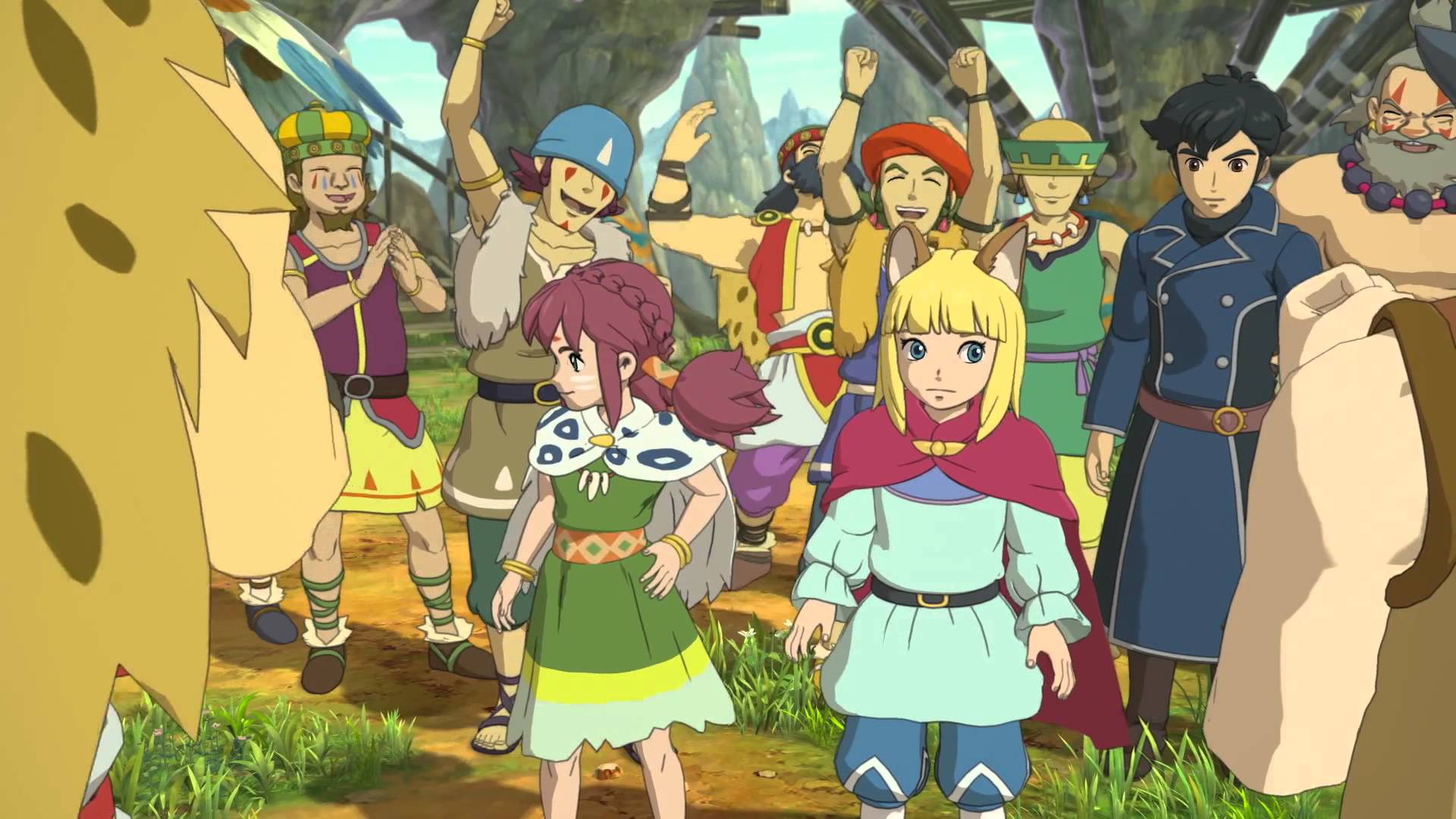 Another part of the game I feel I must applaud is the English voice acting. Not many JRPGS have good voice acting for the English voices, but the cast did an excellent job of portraying the character’s tones, mannerisms, and emotions. I’d also be remiss if I didn’t mention that Ni no Kuni II’s Switch port comes included with all the game’s DLC, which consists of The Lair of the Lost Lord, The Tale of a Timeless Tome, The Dragon’s Tooth DLC, as well as all previous downloadable content packs. These DLCs add tons of hours to the game as well as multiple bonuses and items.

All in all, despite its noticeable technical limitations, I believe that Ni no Kuni II: Revenant Kingdom Prince’s Edition is a good port of a stellar title that provides Switch owners a chance to experience the royal adventures of Evan and Roland.

Despite the few framerate dips and noticeable visual downgrade, Ni no Kuni II: Revenant Kingdom Prince's Edition is still a solid port of a great game that provides Switch owners a chance to experience the title to the fullest extent.

Abdul Saad is an avid gamer and computer geek. He's been writing for four years on news, reviews, previews, and more on multiple gaming sites. When he isn't writing or playing the latest JRPG, he can be found coding games of his own or tinkering with something electrical.
Related Articles: Ni no Kuni II: Revenant Kingdom - Prince's Edition
Share
Tweet
Share
Submit