The country of Wakanda has sealed its borders for many years. The current ruler and Black Panther, king T’Challa, protects his people from those who want to steal their technology or Vibranium. However, when an AIM faction led by Ulysses Klaue attacks they’re forced to team up with the Avengers to stop this invasion.

War for Wakanda is Marvel’s Avengers biggest update yet, with new drop zones and a brand new character in the form of Black Panther. We’ve already gone over the basics in our preview, so let’s get down to brass tacks. T’Challa is a ton of fun to play with his ability to pounce and unleash devastating aerial combos. Even still, I found myself becoming disinterested in the combat which is an issue Avengers has continued to struggle with. 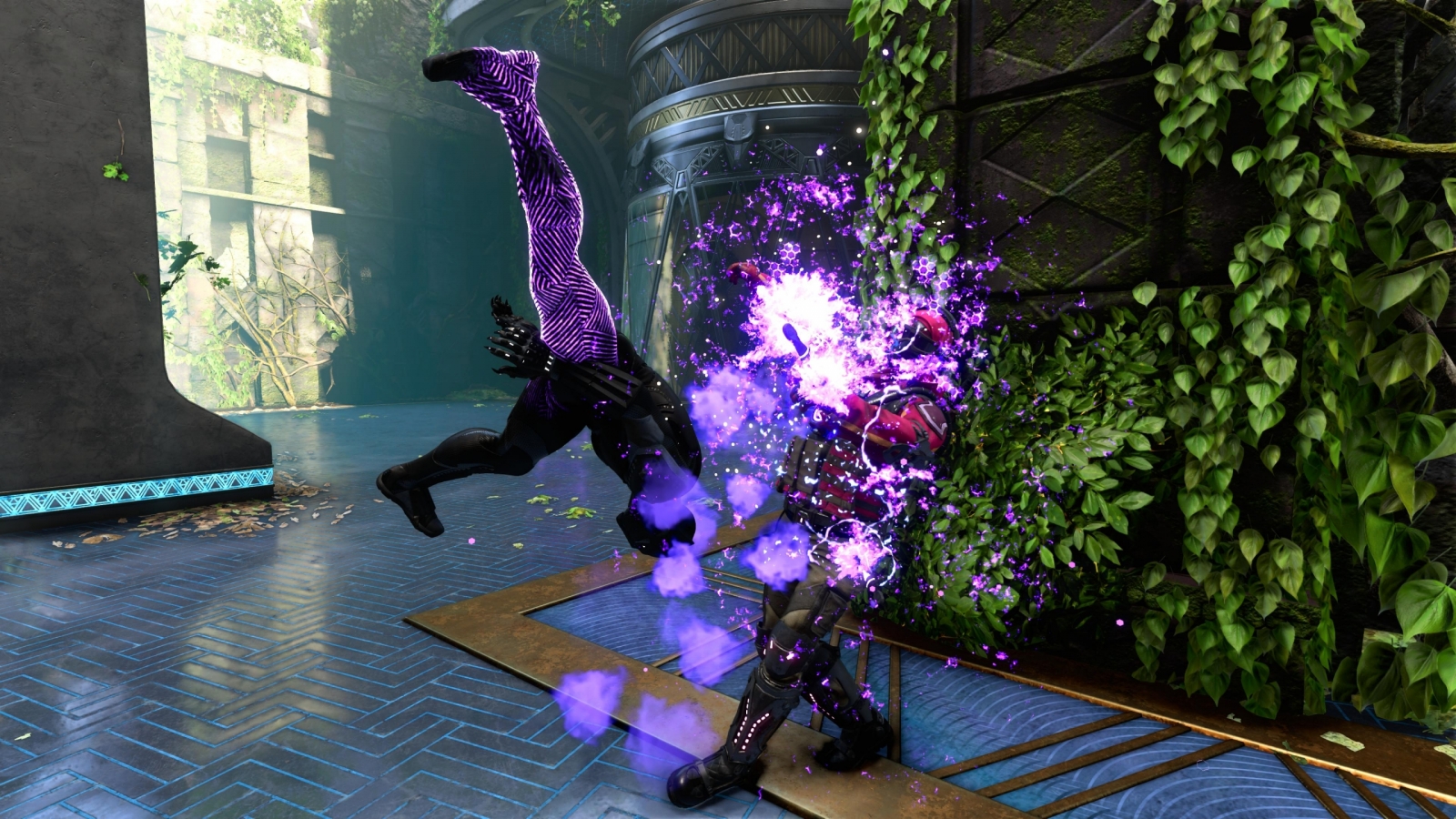 Despite Black Panther’s fun moveset and adding something unique to the roster, combat still lacks any impact. The sound design is pitch perfect, the animations look great and hard hitting, so why do my eyes glaze over when playing this game? I think it may have to do with how your character and enemies react to attacks. Foes are either easy to stun lock or just continue to do their thing, and dodging their fire or even getting hit only leads to a moment of down time before you’re back to mashing square. Despite having vastly different abilities, all the characters’ playstyles boil down to mashing one button over and over. It leaves the game feeling stuck between the simplistic elegance of a brawler and the depth of a character action game.

The developers are continuing to make improvements to the game. It certainly feels better than the last time I covered it and the clunky menus have seen a fantastic overhaul, but they’ve still got a ways to go until the game continues to hold my attention for longer than it takes to finish the single player. It’s a shame, because the new content here is by far the best the game has seen since launch. Traveling through the new areas in Wakanda often involves puzzle or platforming sections which are a lot of fun and mix things up to keep these longer missions interesting. In fact, the platforming bits with Black Panther double jumping and running on walls makes me desperately want a solo game focusing on his cat-like abilities. 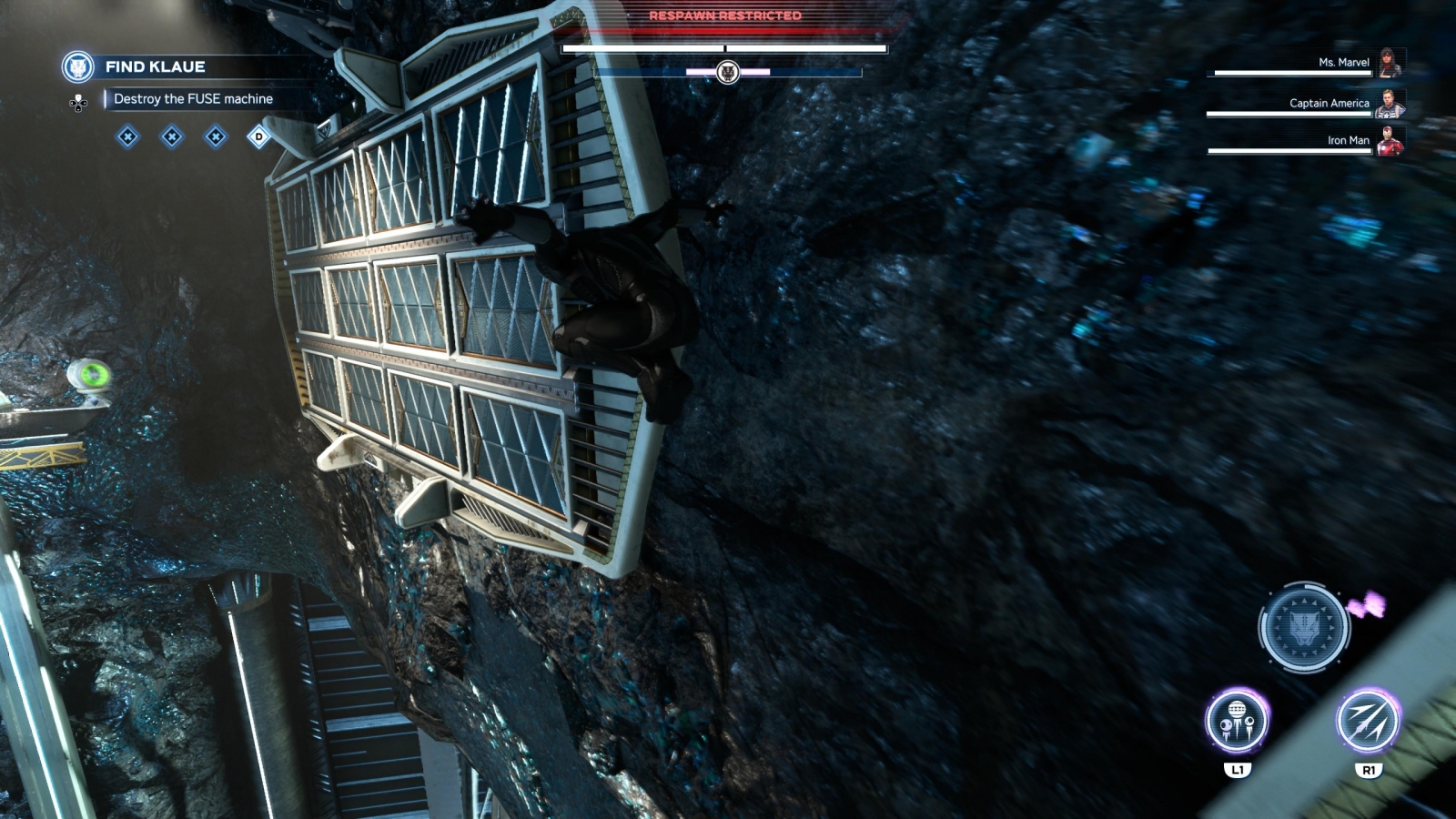 The single player story presented here will take you to some neat locations, including a beautiful Wakandan hub to buy gear, cosmetics, and set off on new adventures from. It does end up feeling a little bland, however, because it’s clear that Klaue poses no threat to T’Challa until the final boss fight; it’s only his hostages and force fields that prevent the king from kicking his butt. I do like how much focus is placed on our new hero, which allows the Avengers to serve more of a support role. Still, it’s an enjoyable introduction to Wakanda and a big step in the right direction for Marvel’s Avengers.

Marvel’s Avengers: War for Wakanda introduces fantastically designed new areas with a dash of puzzles and platforming to mix things up. While the combat still has a long way to go before it remains interesting, this expansion is worth checking out for Black Panther’s skills.

David is the kind of person to wear his heart on his sleeve. He can find positives in anything, like this is a person who loved Star Fox Zero to death. You’ll see him playing all kinds of games: AAAs, Indies, game jam games, games of all genres, and writing about them! Here. On this website. When not writing or playing games, you can find David making music, games, or enjoying a good book. David’s favorite games include NieR: Automata, Mother 3, and Gravity Rush.
Related Articles: Marvel's Avengers: War for Wakanda
Share
Tweet
Share
Submit