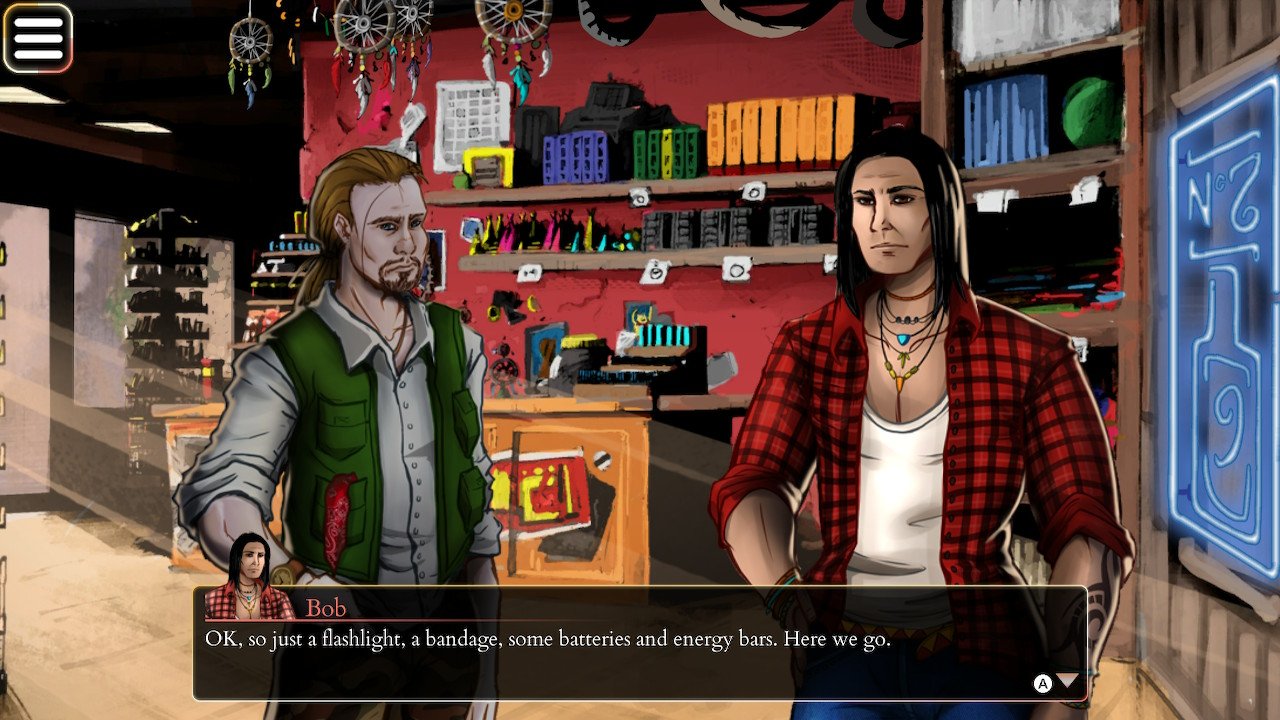 Last year, I was asked to cover an ambitious visual novel called Perseverance: Part 1, which was a gloomy yet engrossing tale of survival during an unknown crisis. While I did put it on the shelf after the release, I’ve come back to revisit the game once the Switch version of it came out. As an introductory episode, Perseverance works quite well, though there are a few things that hold it back from reaching the heights of an extraordinary western visual novel. 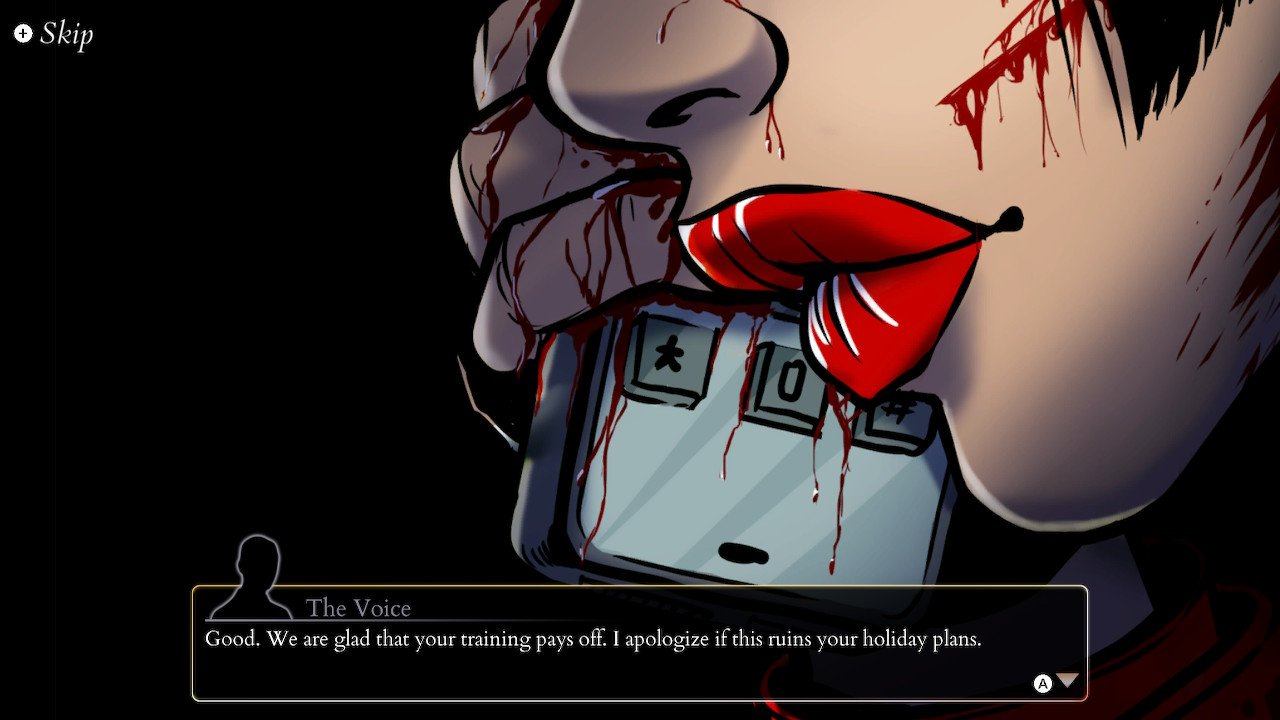 Perseverance puts you into the role of Jack, a father with a penchant for hunting. While his wife Natalie works at a nearby hospital and stays with their child, Jack heads to the forest for some good old-fashioned hunting. However, things go awry with the presence of two mysterious women: Jane, a girl that looks strangely out of place and an unnamed agent who seems to have a mysterious aura surrounding her. Throughout the visual novel, there are segments interspersed in the narrative of the latter regarding her as of yet unknown mission to pursue the former. While in the forest, Jack witnesses some surprising events, from rescuing a starving dog to murdering someone in self-defense. It all starts to get crazy as Jack reunites with Natalie and they start talking about an unknown illness that’s affected the hospital…

…And that’s the end. 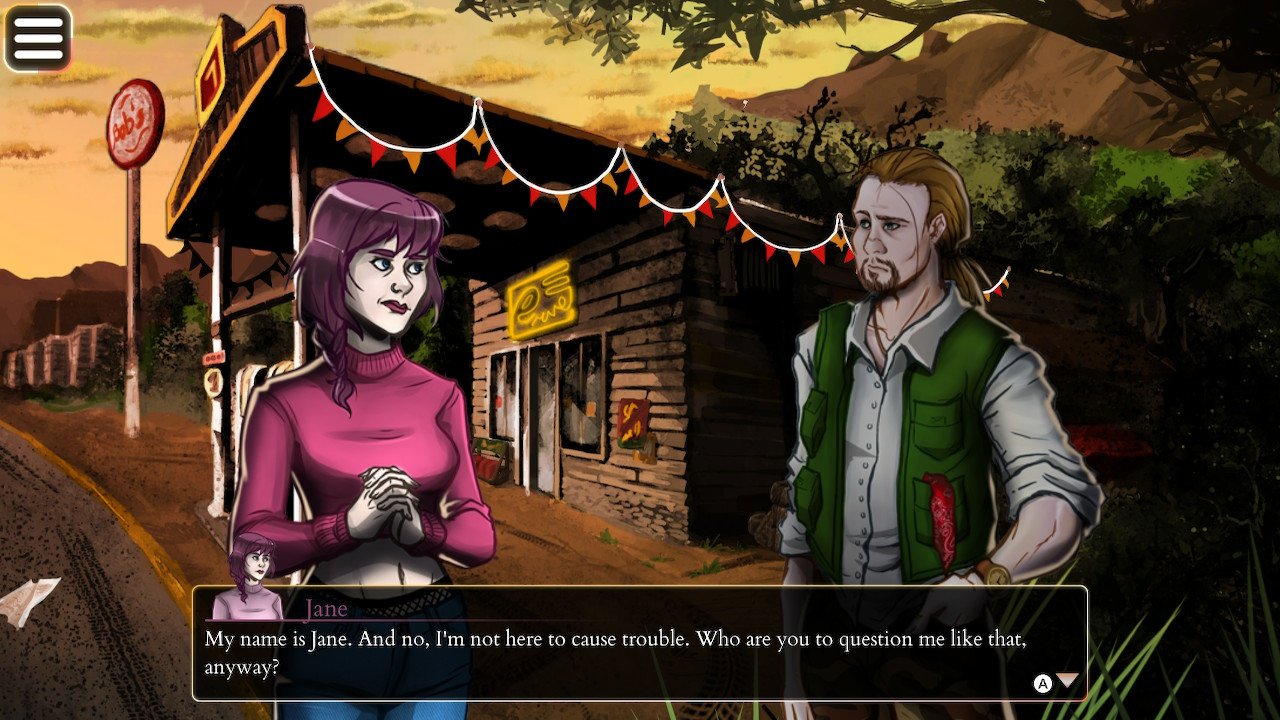 I usually compare first installments of episodic narrative games to the series opener of Telltale’s The Walking Dead, where its first episode alone tells a complete story full of twists, sadistic decisions (one of which is a monumental choice), and a developed cast that grows on you in its two-hour runtime. That first episode is a complete experience, and if I were to leave it at that, I would be satisfied. With Perseverance, however, I didn’t feel quite the same way, as the story wraps up just before we could get a little more information to make a satisfying cliffhanger. As it stands, it ends literally minutes before I could walk away from the experience fully satisfied.

To be quite fair, the original Steam release of Perseverance touted it as Part 1, so this abrupt ending was to be expected (though the fact that this version of the game omits the Part 1 out of the title concerns me). This game clocks in at about an hour, though you can double that runtime depending on your reading speed. Personally, the setup and introduction of the cast is a nice one, with information fed to the player at a decent clip. Jack is a character I grew to enjoy, and while choices are there to shape him however you’d like, he’s an all-around decent protagonist that will most likely be emotionally tortured in eventual future installments. I did like the family dynamic and the surprisingly dark undertones of the relationship between Jack and Natalie; it’s a strained yet enduring marriage that gets stronger near the end of the game. 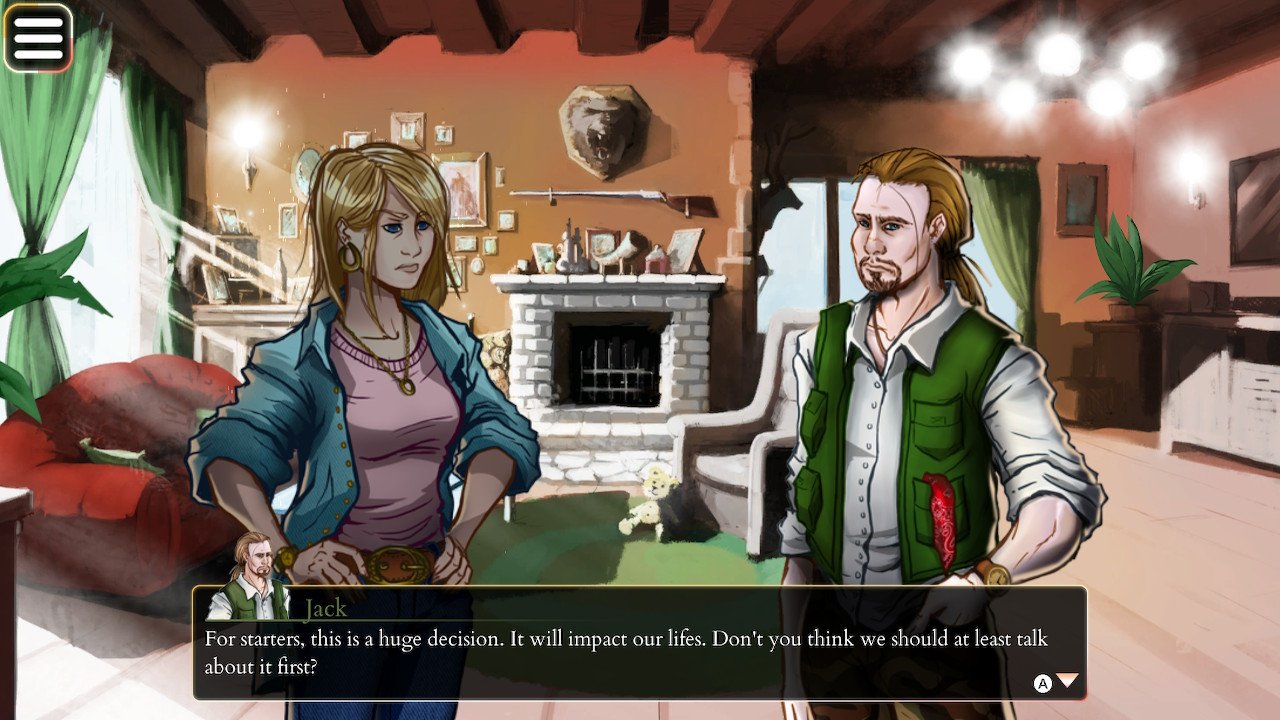 Regarding the element of choices here, they’re present but unfortunately don’t affect too much. You will be given dialogue or action options from time to time where you’ll react to the situation at hand, though the end result is usually the same. For example, during the encounter with the dog, I actually tried to do something that wouldn’t help in rescuing it, but the game would just tell me it was the wrong choice and go on with the correct one. It’s something that was touted in the original release, but choices don’t have enough weight to be meaningful, even by Telltale’s “illusion of choice” standards.

The presentation of Perseverance is unique and stylistically cool. It has a rough, comic book style that’s reminiscent of gritty comic books, and while proportions and facial features are inconsistent, the overall look is unique enough to make this stand out compared to the countless other narrative games on the market. While there isn’t any voice acting, the sound effects contribute to the mood of the game, and enhanced the experience for me. It’s kind of like viewing a motion comic without voice acting, but the way Perseverance goes about it nails the experience quite well. There are a few typographical errors that will be noticeable, but they aren’t as numerous as something like, say, Detective Doolittle.

Perseverance marks an ambitious first installment of a unique visual novel that ends sooner than it needs to in order to be a fully satisfying prologue. While some mechanics need to be tinkered, the game is a fun and creepy visual novel for the $4.99 asking price. I just hope that future installments will be made sooner rather than later.

Elisha Deogracias is an aspiring accountant by day, freelance writer by night. Before writing for Gaming Trend, he had a small gig on the now defunct Examiner. When not being a third wheel with his best friends on dates or yearning for some closure on Pushing Daisies, he's busy catching up on shonen manga and wacky rhythm games. Mains R.O.B. in Smash. Still doesn't know if he's a kid or a squid.
Related Articles: Indies, Perseverance
Share
Tweet
Share
Submit