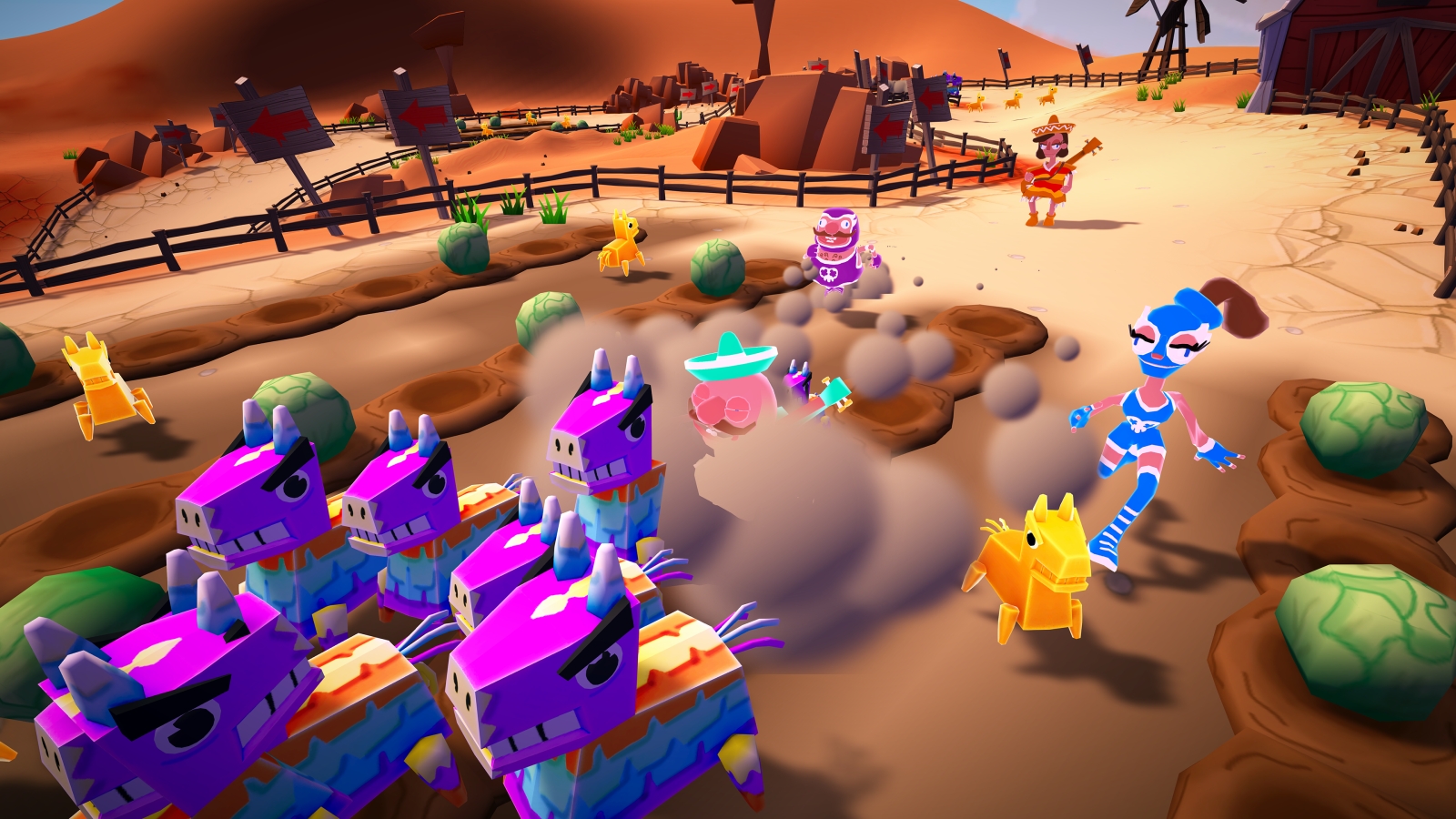 I am always on the lookout for new, fun games I can play with my five year old. Must Dash Amigos by miniBeast Games is an easy to play multiplayer battle-racer game, and it was right up our alley. The graphics are simple and fun, and almost seem more fit for mobile gaming, but the bright colors and cheerful music drew my son right in.

There are a few modes you can play: Race Mode, Battle Mode, Time Trials, and Tournaments. Unfortunately for us, the only mode my kid could keep up with was Battle Mode. The racing modes are very unforgiving, with the controls being a little over tuned. My son would veer off the edge, or fall behind me and instantly lose, and it didn’t take long until he was whining about always losing. But Battle Mode was a lot of fun, you can choose how long you want the match to last, and you duke it out until time runs out. Some of the offensive items you get are a huge burrito bomb, a shot of tequila that makes the whole screen go crazy for a few seconds, and an item that turns your enemy into a giant avocado, which you can then use a hammer to smash them into guacamole.

The racing mode is no joke, some of the levels were very hard, especially one that takes place in a graveyard at night! You only have a flashlight and limited view of the area. Toss in the stampedes of pinata horses that try to push you off, and graves that you can fall into, and it ups the difficulty real fast. You’ll need a lot of patience to master all the racing courses! 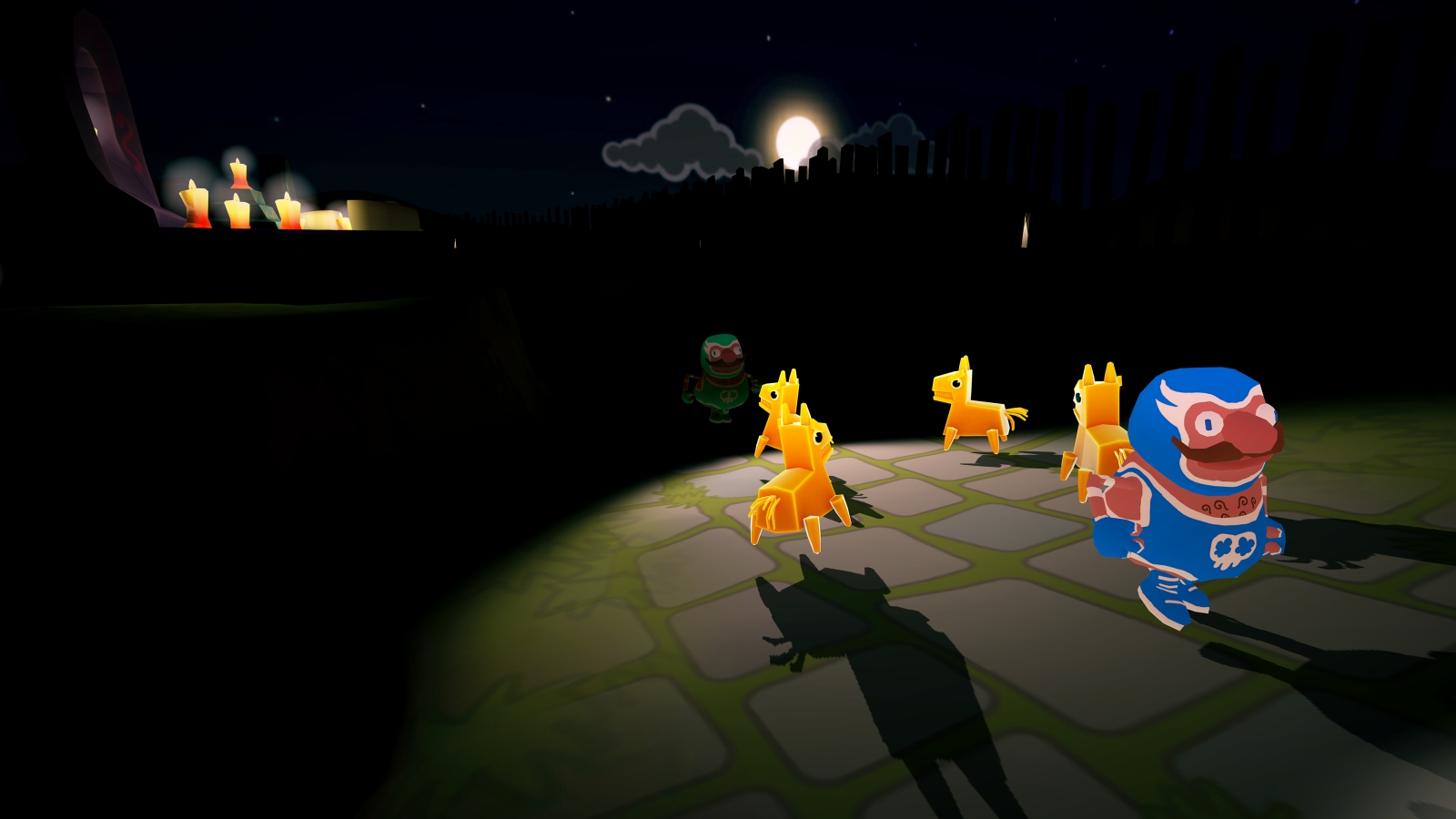 There isn’t a lot of customization to the game, you can only choose one of four avatars to start with, a luchador with a huge mustache, a crazy looking ape, a woman with a sombrero on, and a cute little girl with a flower in her hair. But the simplistic styles work for this game. The soundtrack is very upbeat, and overall we enjoyed playing this game. It was a nice way to waste our afternoon. 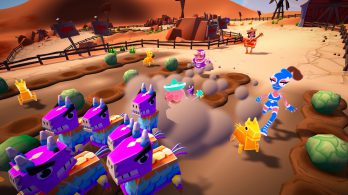 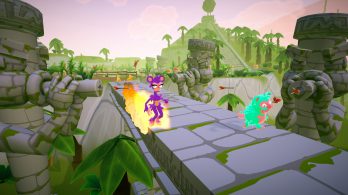 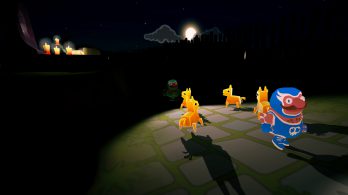 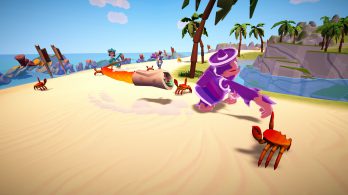 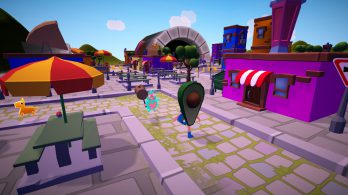 This was a fun, inexpensive game that is easy to jump right into and play, yet very challenging on racing mode. If you’re buying this for a child, it’s probably better suited for bigger kids, as my five year old couldn’t keep up, and he’s very experienced gamer for his age. It would be a fun family co-op game, or to play at a party!

Holly Hudspeth is a best-selling author living in Fort Worth, Texas. She has six published novels to date; The Skyy Huntington Series, which is an epic dark fantasy adventure, and One Small Detail, a stand-alone medieval fantasy. Holly also enjoys writing fan fiction based on her avatars from games such as EverQuest, Elder Scrolls Online, and World of Warcraft. Her first major purchase at the established age of nine was the NES, and she has been gaming ever since. She enjoys fantasy games, city builders, RPGs, MMOs, SMITE, and The Sims franchise. Most nights she is in SMITE with her husband and friends, or playing ESO. When she isn't gaming, she is probably either at Disney or planning her next trip there.
Related Articles: Indies, Must Dash Amigos
Share
Tweet
Share
Submit