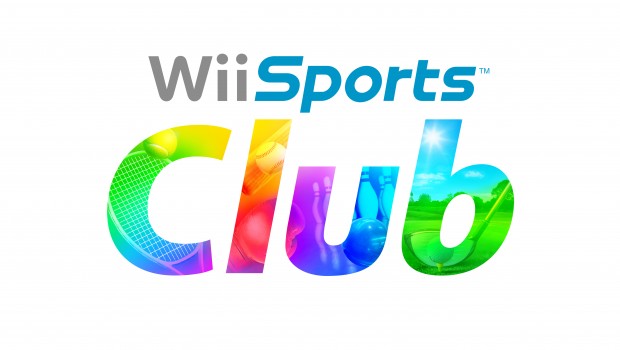 Let me start by saying I love motion gaming. When Nintendo first launched the Wii in 2006, I jumped in headfirst and fully embraced the concept of playing games through movement. I was hooked – I couldn’t get enough, ravenously gobbling up any game that let me put my back into a sword swing or steady my arm for a headshot. I’m one of the few people in this world who actually played Bioshock Infinite from start to finish using nothing more than a PS3 Move Sharpshooter. I’m a huge fan of motion gaming, which is why I’m so very disappointed with Nintendo’s Wii Sports Club.

Just like the original, Wii Sports Club is divided into five sports: Tennis, Bowling, Golf, Baseball and Boxing, and all the basic mechanics behind each of these sports remain intact. You still swing your arm from side to side to hit the tennis ball, and bowling is as easy as pretending to hold and release the ball. I was expecting the integration of the motion plus controllers to greatly change the gameplay, but I found the difference to be negligible. While the motion plus controllers do track more of your movements, such as a tiny twist in the wrist while bowling or swinging a club, it’s not something that’s going to completely alter your playing style if you’re a pro at the original.

One of the most notable changes comes with the addition of the Wii U Gamepad, which now plays a large role in both the Golf and Baseball sports. By cleverly linking the image on the TV to the one on the GamePad, the game creates the illusion of having a golf ball at your feet that you use to accurately line up your swing. It’s an original and unique experience, and one of the best features to Wii Sports Club. Similarly, the Wii U GamePad is used in Baseball to aim your pitches and to simulate catching fly balls in the outfield, making it almost as entertaining as being up to bat.

While it’s unfortunate that the GamePad only plays a role in these two of the five sports, the new online feature is a huge improvement across the entire board. You can still have fun playing against a computer, but everyone knows the real satisfaction comes from competing with other real humans; I’m pleased to say that the online functionality worked seamlessly for me every time. With a few clicks in the menu screen, I was quickly paired up with other gamers from around the world. Another fun twist is that players are each in control of their own selected Mii characters, giving you a somewhat general idea of the type of person you’re playing with. I like to think those two mom-looking characters that bested me in Bowling were actually pro bowlers in disguise, but then again, maybe not.

Each of the five sports also comes with different training and gameplay options to help keep things interesting. There’s a whack-a-mole type minigame in the Tennis training section, and a long distance target exercise in the Golf section. My definite favorite has to be the 100-pin bowling option, which makes the feeling of landing a strike so much more satisfying.

You may have noticed I haven’t spent much time talking about the Boxing. Well, there’s a simple reason for that: I can’t stand it. Maybe it’s just me, because the guys I played against online seemed to be doing fine, but the controls in Boxing seem incredibly awkward and nonsensical. The movements are so far from 1:1 that it makes me wonder if they were even trying to match the motion. To me, the boxing is without a doubt the weakest of the five entries, which is sad because it was probably the one I was most excited about playing. As it is, I’d much prefer playing any of the other five sports than booting up the Boxing one more time.

Which brings me to my final gripe about Wii Sports Club: there’s just not enough variety. After all the many advancements in motion gaming that I’ve played since the first Wii Sports came out, playing these five sports can get old pretty quick. Even Wii Sports Resort had more going on than this. With all the canoeing, fencing and biking I did in that 2009 Wii title, this game feels like a ghost town. By comparison, the massive library of games available in Wii Fit U will gives you much more bang for your buck.

When Wii Sports first came out as a bundle with the Wii Console, it was more of an introduction or a showcase to motion gaming than a stand-alone game. Sure, it was fun to go bowling with my dad, and it was amazing to actually play a tennis game without pushing buttons, but after the novelty of it all wore off I was left wanting more, eagerly awaiting the bright future that motion gaming would surely bring. I never imagined I’d be doing the same thing eight years later with better graphics and accessories.

There are certainly marked improvements to this updated version of the original Wii Sports, but to be completely honest, after eight years and a new generation of consoles, I was hoping for something more. Many would argue that the motion gaming revolution has already run its course, and that the ability to control a character by moving your hands has long since become a tired gimmick. Rather than challenging this notion by reinventing the genre, Nintendo missed the mark and basically reheated the same dish with some added garnish.

Rather than advancing upon the legacy of its predecessor, Wii Sports Club comes off more like an HD remake of the same old game with some additional motion plus and gamepad support. While this may have been a groundbreaking package eight years ago, today it feels altogether lackluster.