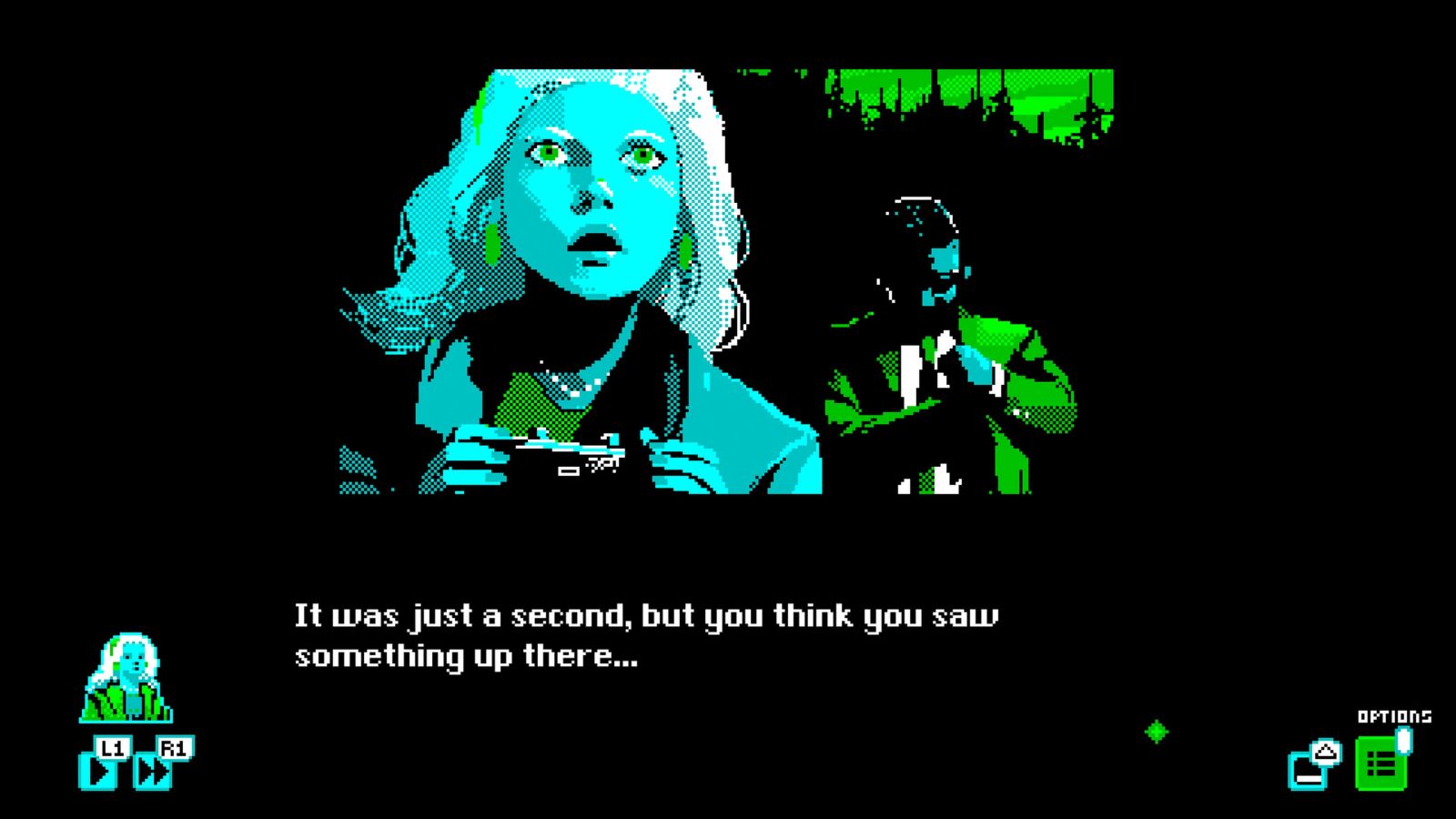 It’s hard to escape the myth of the Mothman if you grew up in West Virginia. Whether most citizens believe the myth or not is irrelevant – it’s part of our culture; our supernatural claim to fame. While the story of Mothman is wrought with ill omens, winged creature sightings, men in black, and ultimately culminating in a horrific bridge collapse right before Christmas 1967, it still resonates with the people of the state. Was he an Angel sent to warn us? Or a spirit sent to punish us? I’m not one to follow the supernatural, but as a West Virginian I’ve had my picture taken multiple times with the infamous Mothman statue, I’ve toured the Mothman museum, and I’ve even attended a lecture by John Keel, the author of The Mothman Prophecies and was lucky enough to meet him afterwards – so to say I jumped at the opportunity to review a game set during that specific time period is an understatement.

Mothmen 1966 is considered a visual novel, a game that allows players to interact with the story at times by making dialogue choices or via participating in mini-games, but essentially the player is meant to just experience the story the creators set out to tell with minimal actual gameplay aspects, at least in the traditional sense of the word. For a visual novel to work, the story and characters must be intriguing – thankfully, Hold, Lee, and Victoria are more than capable of carrying this tale. 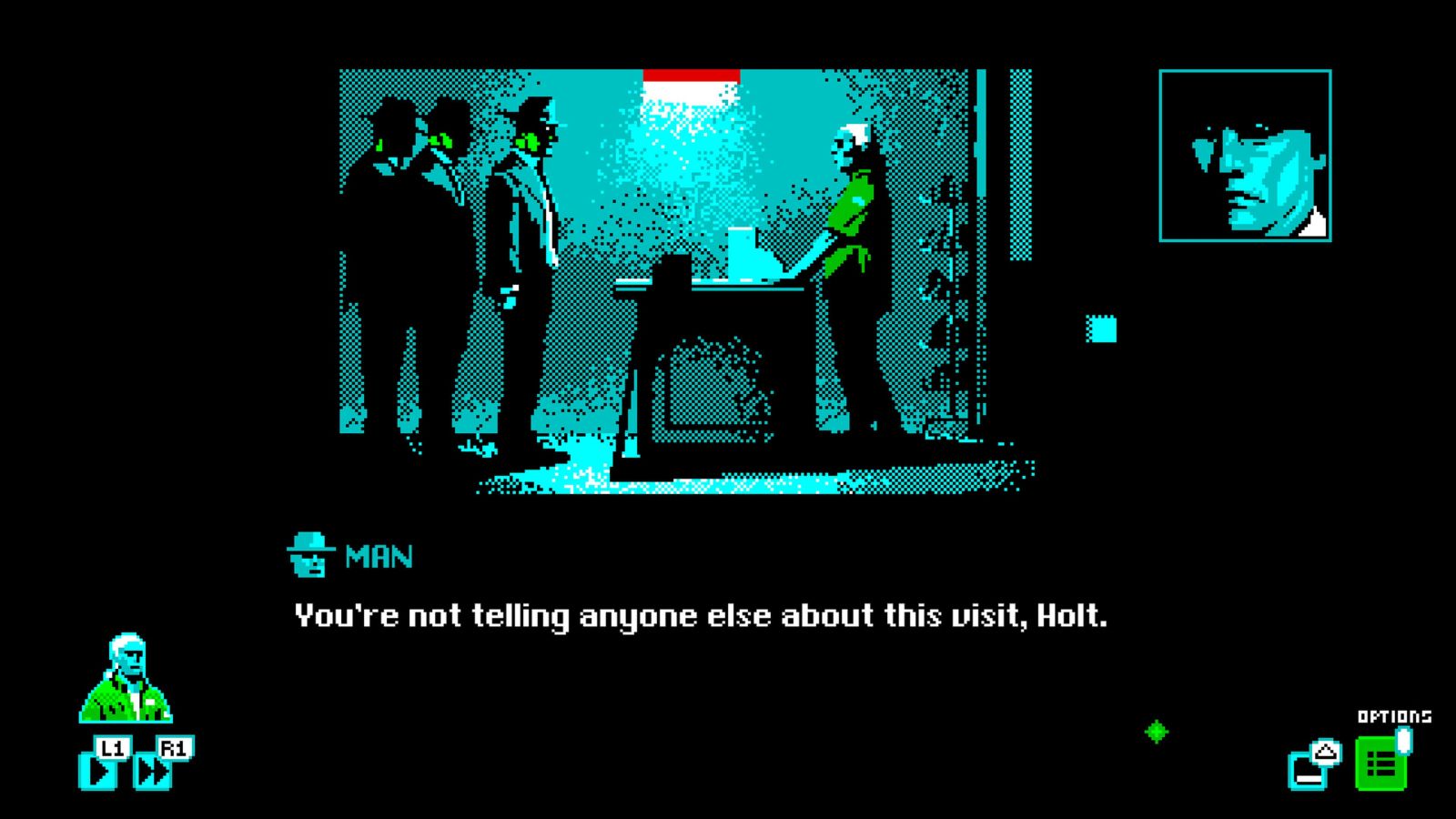 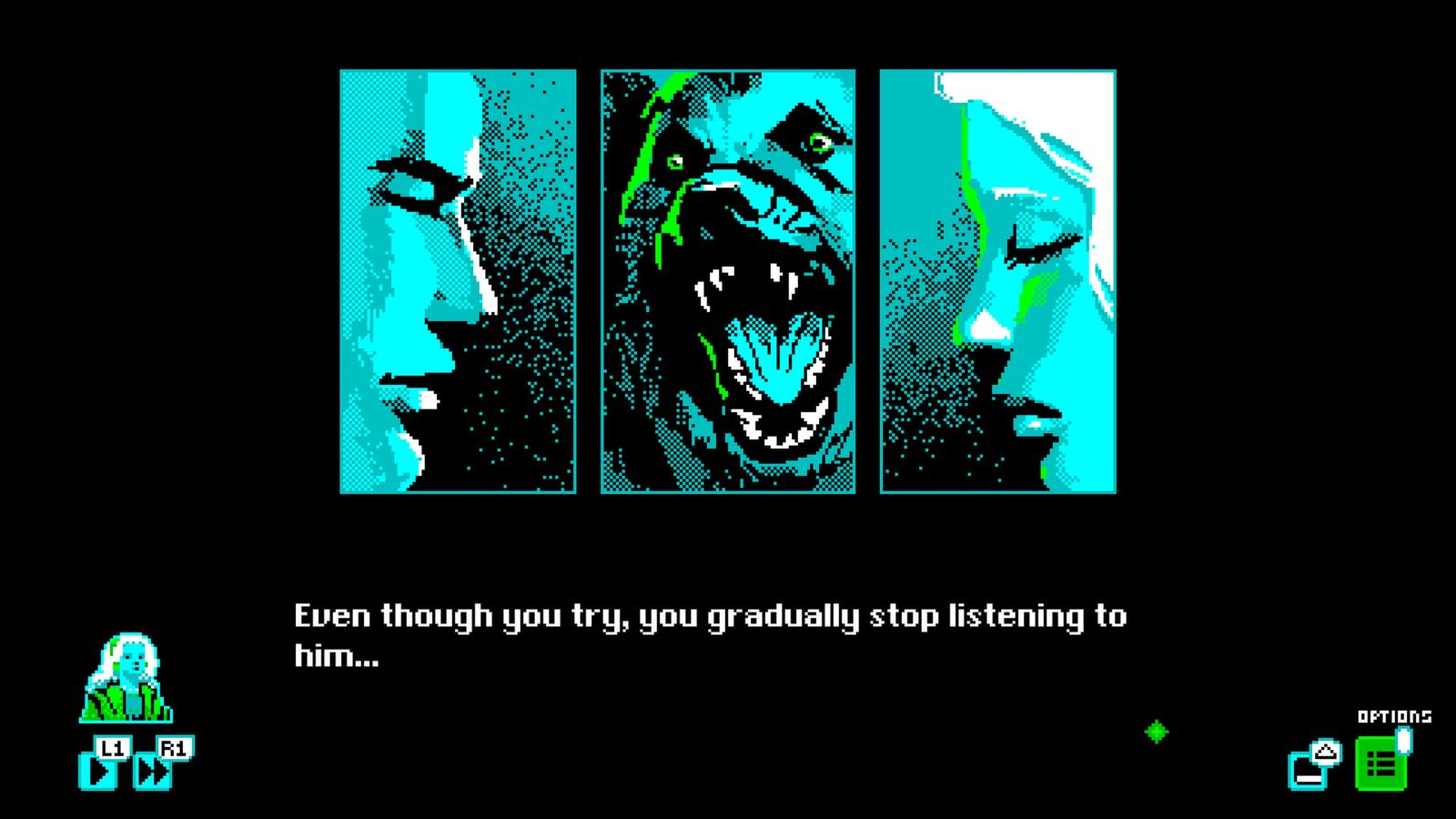 Set during one night in 1966 in which a Leonid meteor shower is set to occur – the largest in 100 years – Mothmen 1966 follows three characters whose stories interconnect. Holt, a gas station owner who spends his free time caring for his grandmother and reassembling an old war machine gun; Lee, an intern at a local University; and Victoria, a historian and currently in a relationship with Lee. Of the three, Victoria is by far the most fleshed out, bristling with conflicting emotions over love, life, and her career. Torn between wanting stability and settling and the need to escape and throw caution to the wind. It’s a shame that we get to spend so little time with these characters though, as the entire adventure clocks in at two hours at most. There are other characters who come and go, although to speak of them will give away parts of the story meant for the player to uncover.

The story is told in chapters, with each chapter being told through one of the three main character’s eyes. Well written and fast-moving, the story keeps your attention by introducing new characters and yes – the fabled Mothman himself – as it unfolds. At its heart, Mothmen 1966 is a mystery – leaving the player to decide what the events occurring mean and why they are happening, but at the same time does have to sacrifice some of that mysterious charm to throw in mini-games to keep the player engaged. 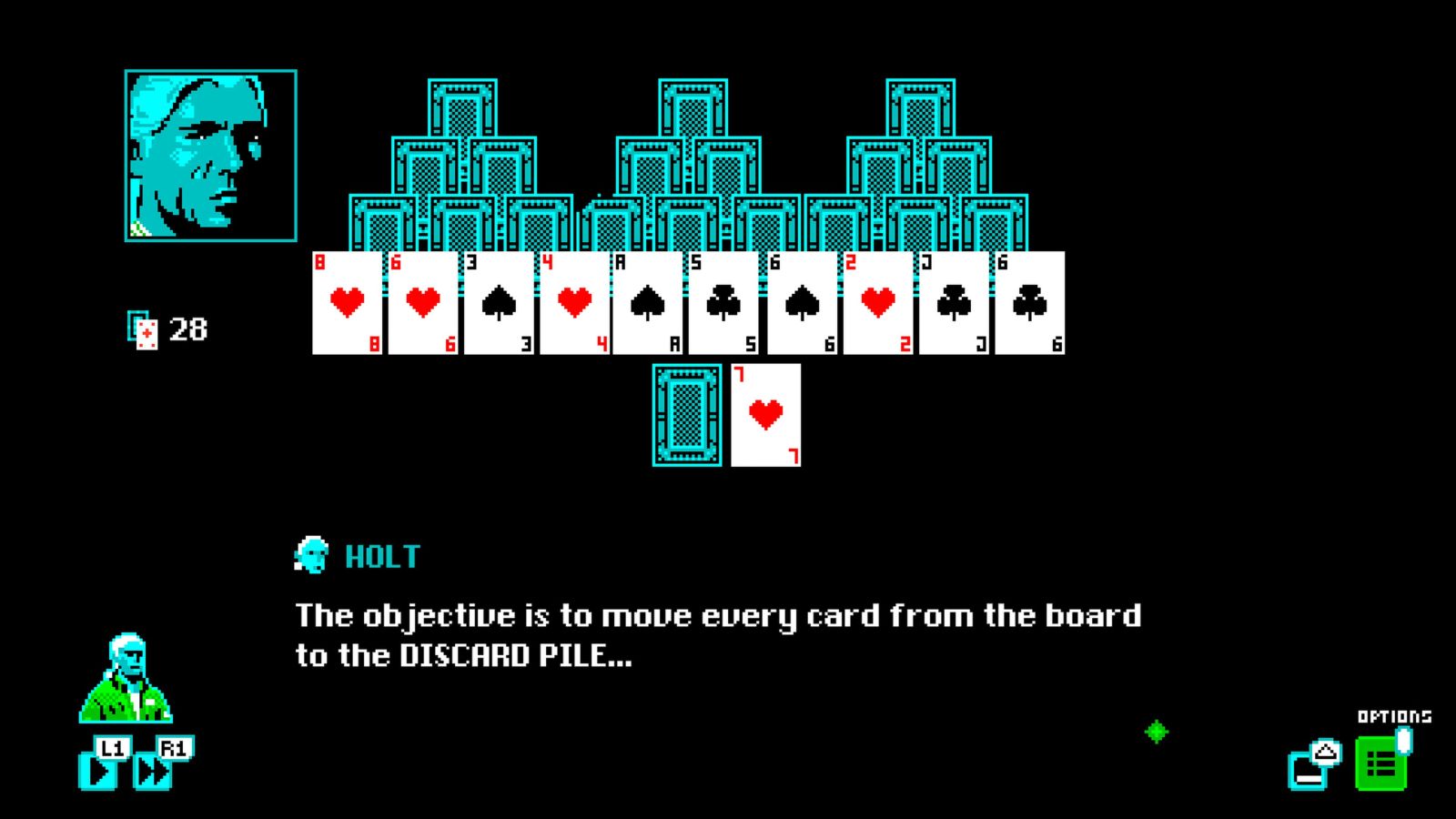 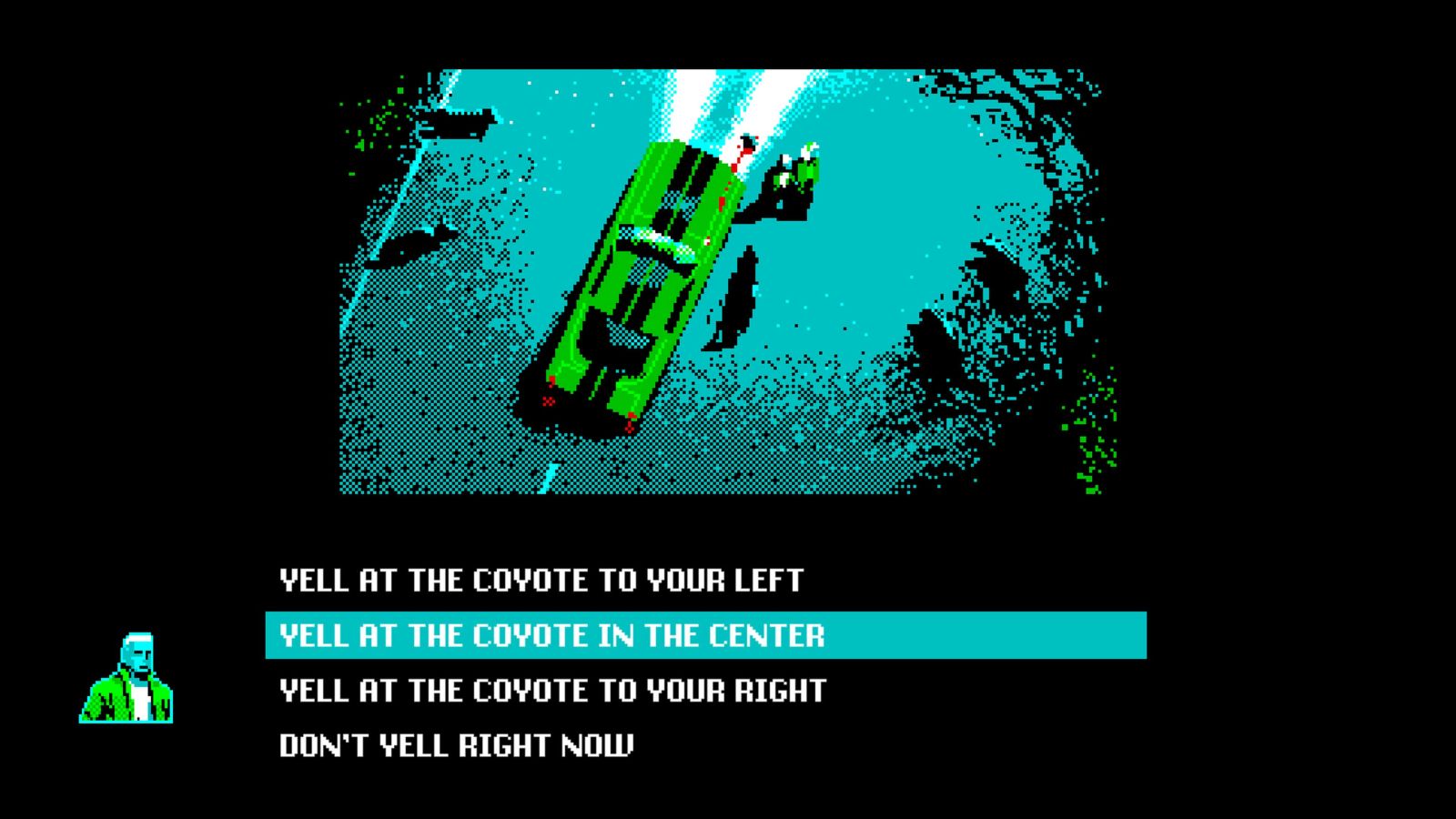 The mini-games and puzzles are sporadic and greatly vary in terms of what is required of the player. A few are simple – such as sorting a shelf – and exist to put the player in the shoes of the protagonist for a moment while still fleshing out the story. Others, such as fighting off a pack of wolves or fending off nightmarish creatures, brings some risk to the story, allowing characters to die – although these sections must be repeated until the correct solution is found and the characters manage to escape unharmed. Additionally, there are many instances in which you are allowed to choose what a player says or how they react, unlocking new dialogue choices and giving players a reason to replay after completion.

I was upset at the lack of options for completing a task during the more intense scenes, as most actions must be accomplished in a specific order to avoid instant death. I had hoped the game would allow me to take various paths to complete a scenario, but aside from events occurring slightly differently during subsequent playthroughs, there seems to be only one correct pattern to escape any dangerous situation. That said, I still enjoyed these sections, and many times they were used well to flesh out an event in ways in which pure dialogue alone could not.

Like any good visual novel, the script is Mothmen 1966’s greatest asset, and flows along at a great pace, introducing characters and scenarios in rapid fashion while also allowing for moments for characters – specifically Victoria – to be fleshed out. To say much about the story would ruin the experience and all I can do is recommend those interested in the paranormal to check out this short, but interesting, story. 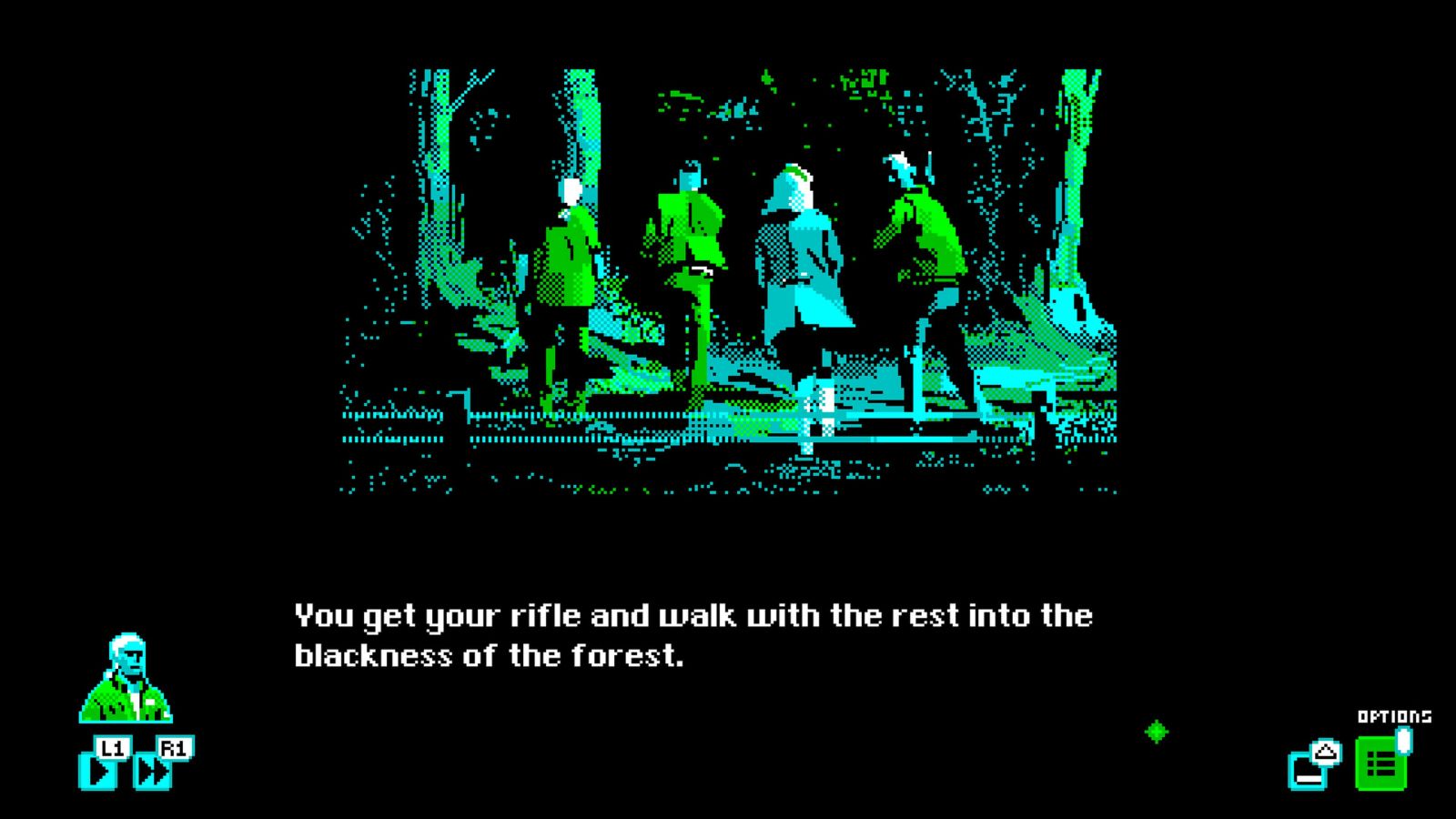 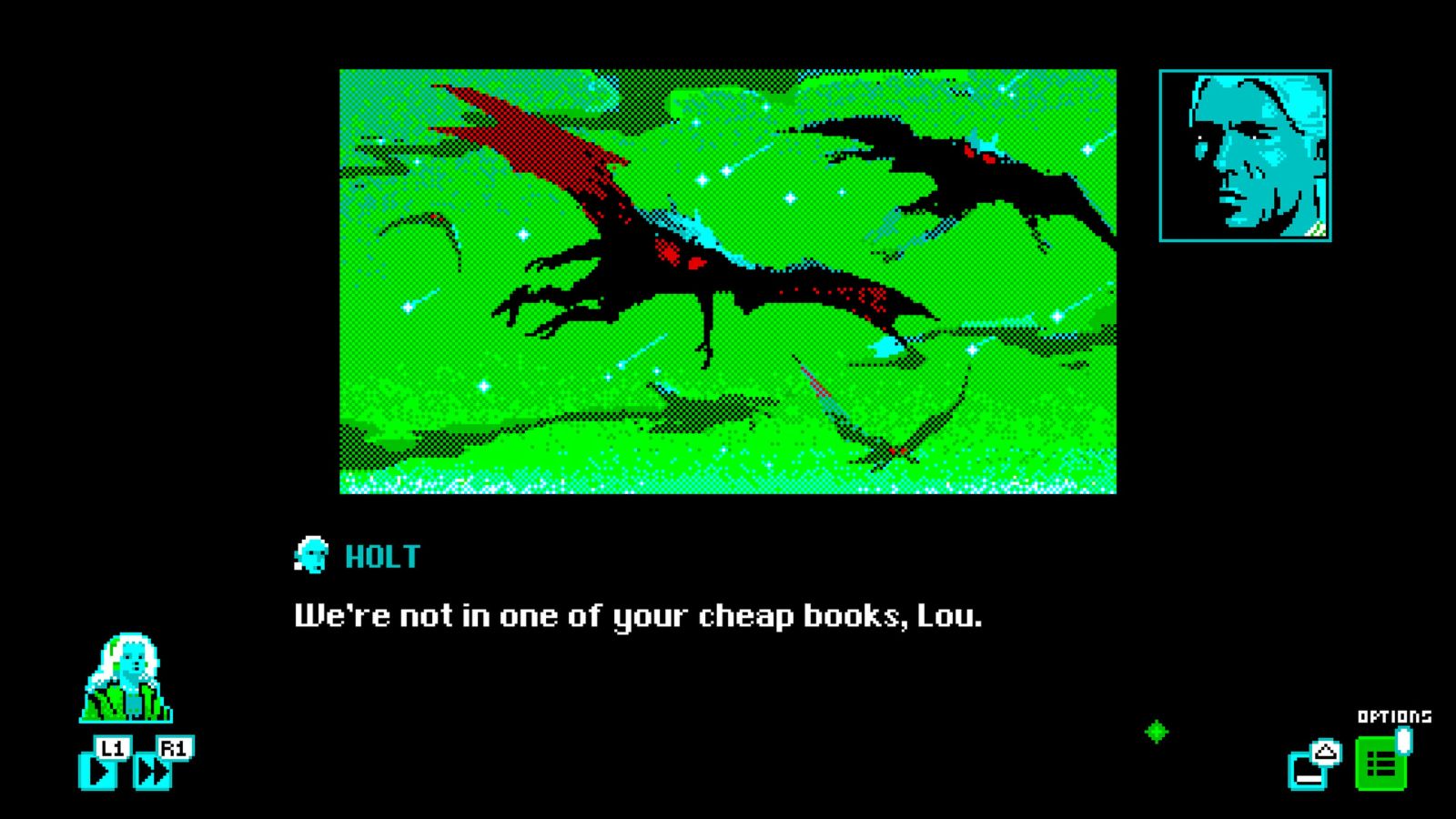 The story is told through dialogue on screen, retro (mainly static) graphics with the occasional moving sprint, and appropriately creepy music. The art style is fantastic, yet subdued, oozing with the charm of early comics and pulp fiction. There is no voice-over work and few sound effects, aside from occasional beeps to mimic the sound of a dog barking or other items, but the feel of the story is never affected by this – rather it is enhanced by the retro aesthetic.

Unfortunately, the story is rather short and does end a bit abruptly, which is only magnified by the great build of and the attachment you build to the characters, only to have the story rush through an action-packed ending which doesn’t necessarily fit with the rest of the story and leaves little in terms of a satisfying epilogue to the events, although this may be intentional as I could see this series continuing.

Mothmen 1966 is a gripping story of how three characters react when thrust into contact with the paranormal. Fast-paced and featuring fleshed-out characters, the story only falters as it nears its action-packed ending. The retro aesthetic oozes charm and helps elevate the story, while the simple puzzles and gaming sections allow players to take a break from reading to become active participants in the story. At only two hours long, Mothmen 1966 is a no-brainer for those interested in the paranormal.

Richard Allen is a freelance writer and contributing editor for various publications. When not writing for Gaming Trend you can find him covering theatre for Broadway World, movies and TV for Fandomize, or working on original stories. An avid retro gamer, he is overly obsessed with Dragon's Lair. Chat with him via @thricetheartist on Twitter and @richardallenwrites on Facebook and Instagram.
Related Articles: Mothmen 1966
Share
Tweet
Share
Submit